On June 15, KBS unveiled the main poster that shows the odd chemistry between Goo Se Ra and Seo Gong Myung.

The first thing that may catch the reader’s eye is their unique positions. In a dark red suit, Seo Gong Myung directly stares at the camera while standing upright, and his stiff posture seems to emphasize his fundamentalist character. On the other hand, Goo Se Ra is dressed in a bright red-and-white outfit with matching high top sneakers. She embraces Seo Gong Myung as she leans into him, and her head is resting against his chest. Just like in the poster, the two characters will show their polar opposite chemistry in the drama.

There is another reason why the main poster is so attention-grabbing. Looking at the full picture, viewers will see that the two characters are forming the Chinese character for “person” in the red circle. It is a design that embodies the seal that voters take on the ballot. In the drama, Goo Se Ra will run as a candidate instead of getting a job, and Seo Gong Myung will help her reach her goal. 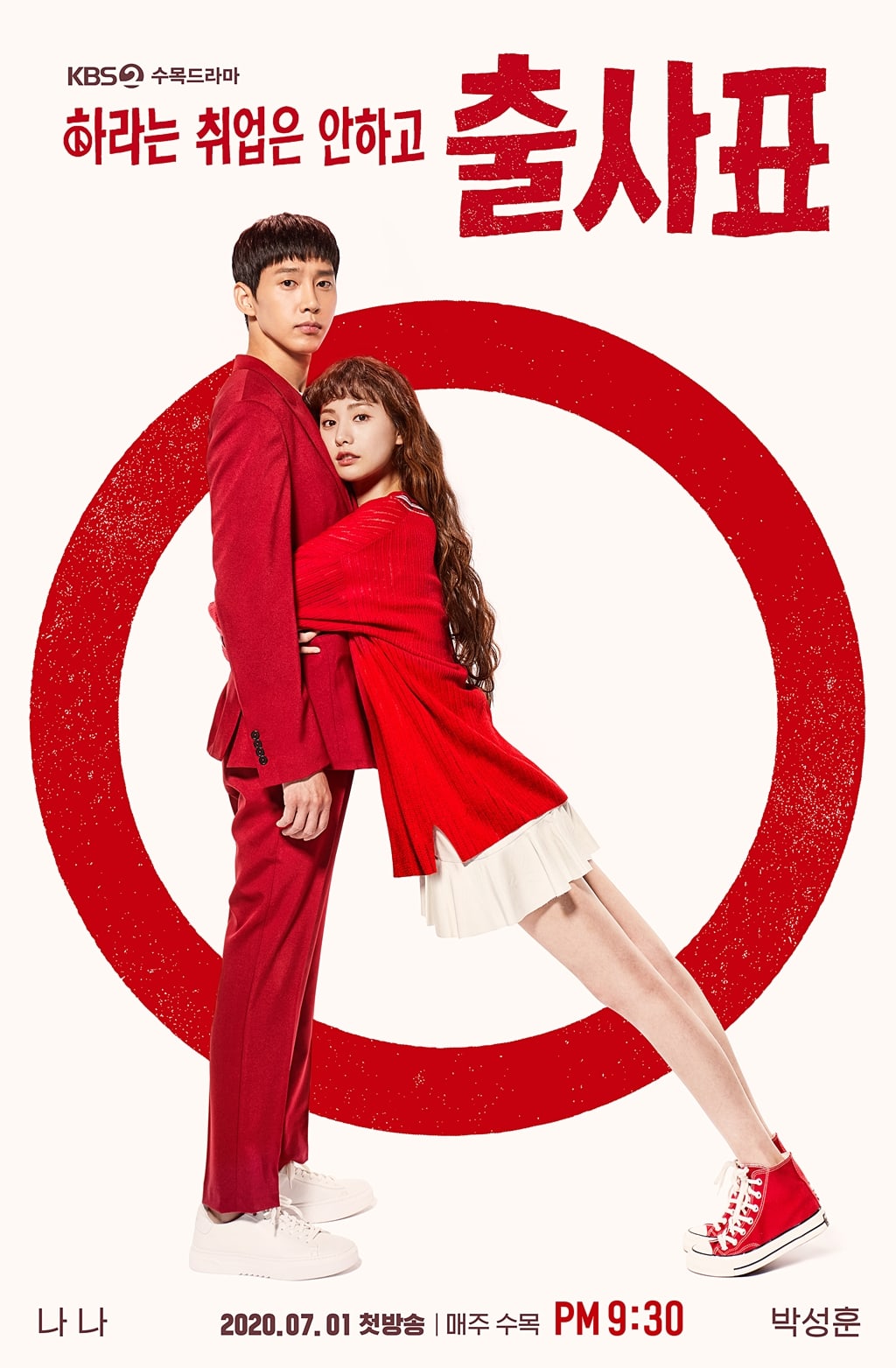