KBS 2TV has released character posters for the upcoming romantic comedy “To All the Guys Who Loved Me”!

“To All the Guys Who Loved Me” will tell the story of Seo Hyun Joo (Hwang Jung Eum), a woman who gives up on love and marriage after repeated heartbreaks led her to the conclusion that all men are alike. Just when she has finally thrown in the towel, two men who are polar opposites suddenly walk into her life and engage in a fierce battle to win her over.

The first poster shows the skilled webtoon-planning team leader Seo Hyun Joo. She blows a kiss while surrounded by falling paper hearts. The caption on top is a testament to her indifference to love and marriage. It reads, “My lifetime companion is myself, Seo Hyun Joo.” 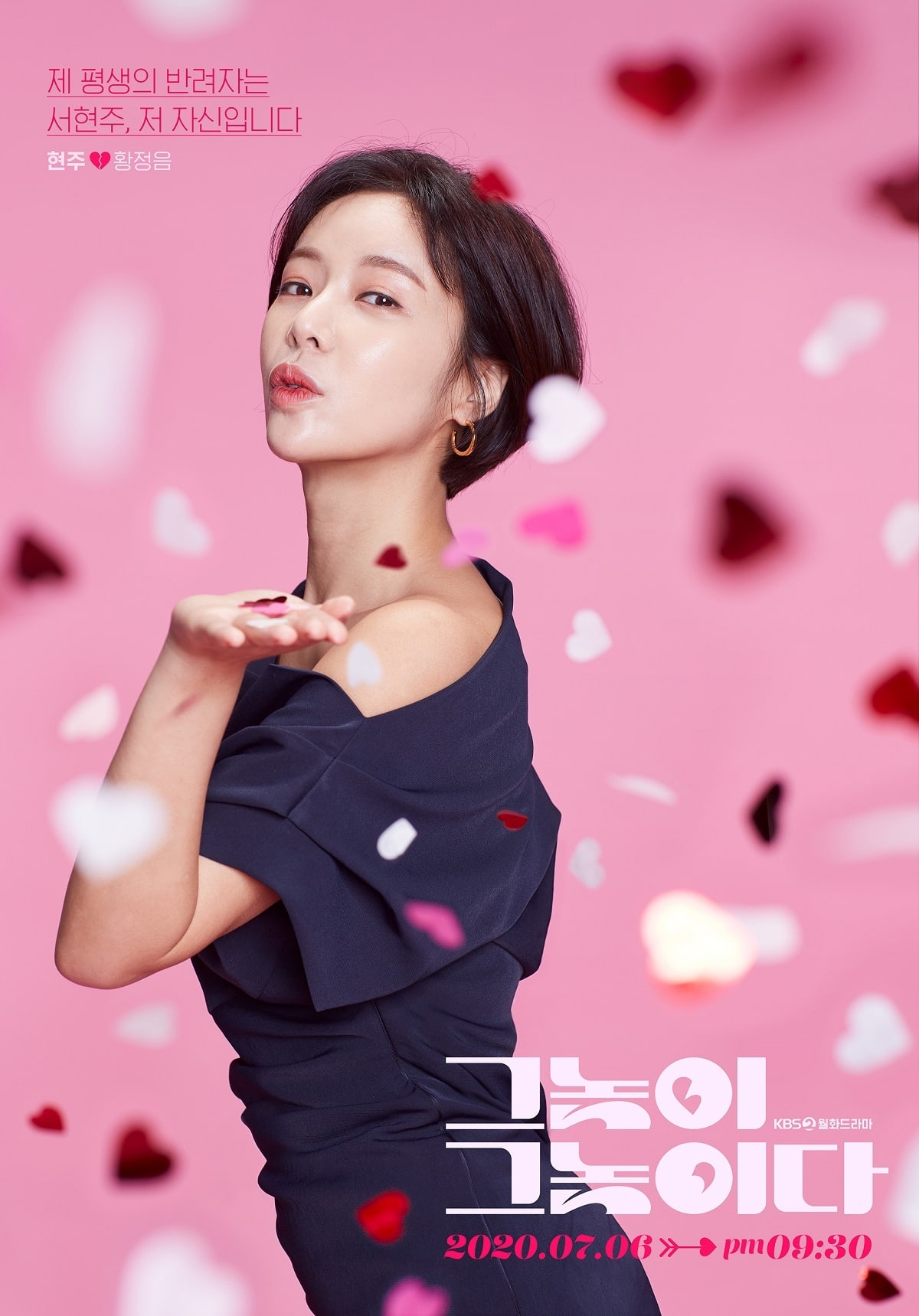 The next poster shows Hwang Ji Woo (Yoon Hyun Min), the CEO of Sun Woo Pharmaceutical Company. The purple background sets a serious tone that suits the cold, pondering expression on his face. The caption reads, “Won’t you remember me? Actually, don’t remember me,” adding to the mystery surrounding his personality. 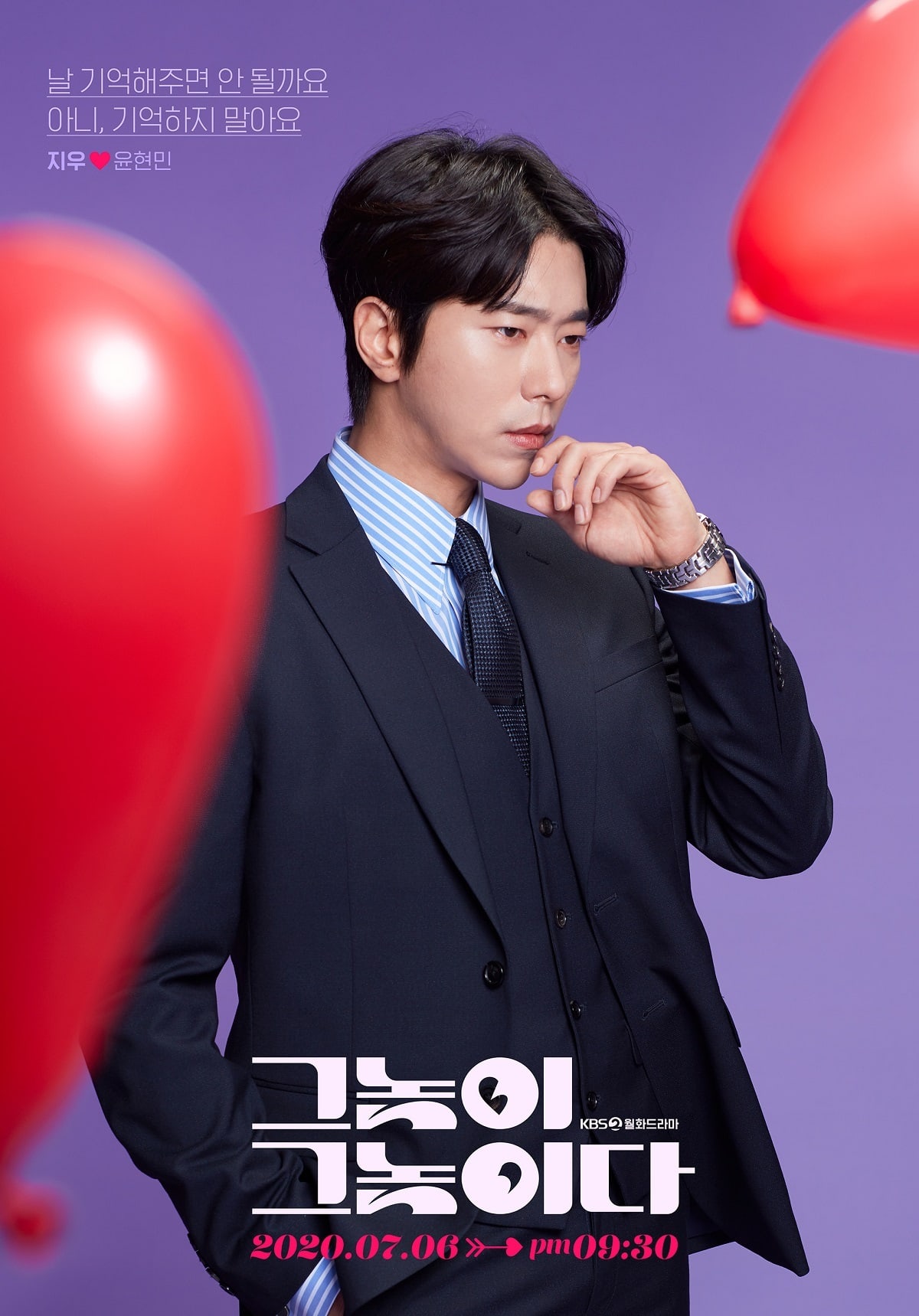 The final poster features webtoon artist Park Do Kyeom (Seo Ji Hoon). In contrast to Hwang Ji Woo’s poster, Park Do Kyeom is surrounded by a light blue background that compliments the pure and youthful aura he emits with his bright smile. The caption alludes to his effortless charm as a younger man. It reads, “Noona, aren’t you trusting me too much? I’m a man too.” Noona is a Korean word used by a male to refer to an older female. 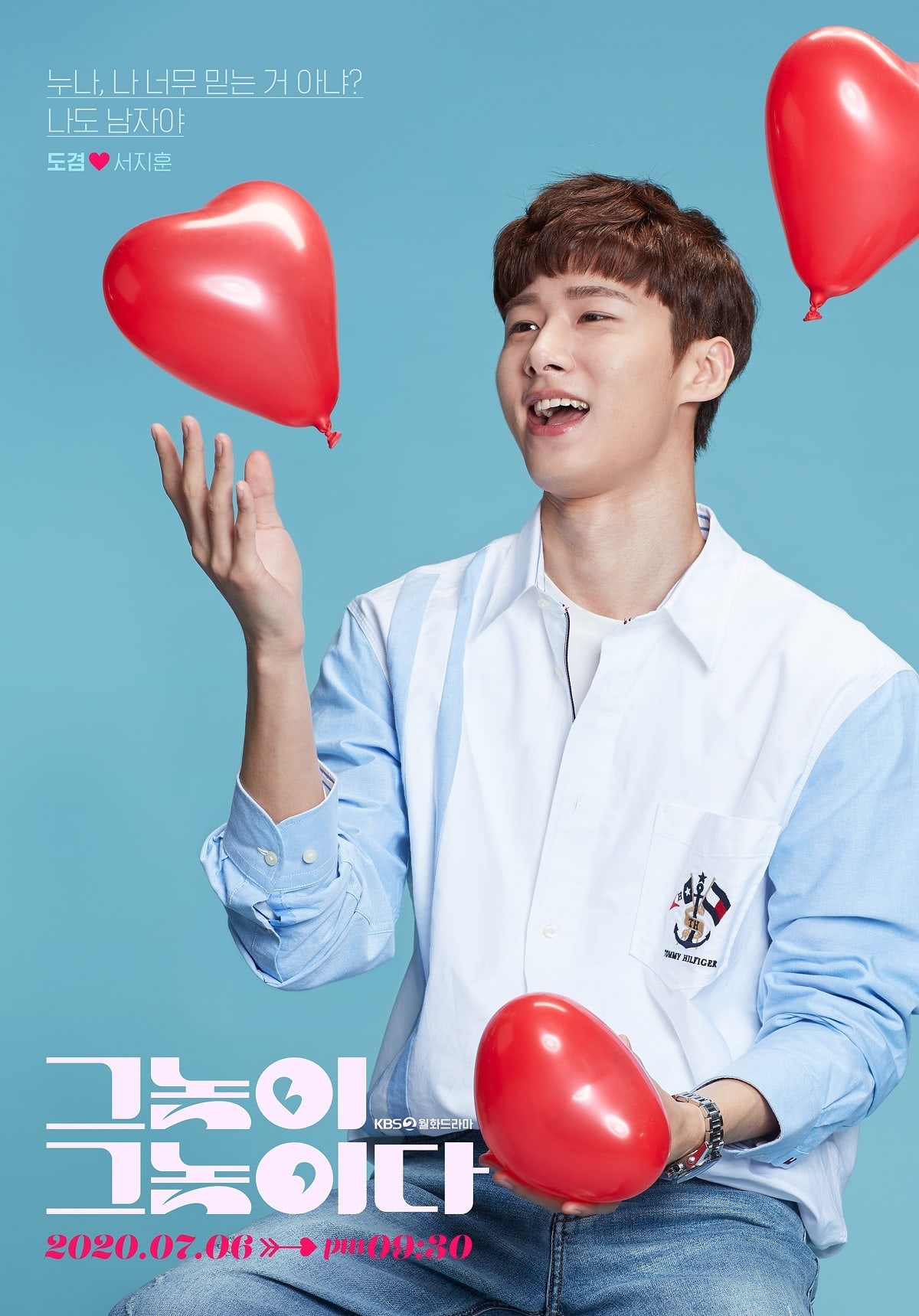 The production team commented on the friendly atmosphere on set, saying, “During the photo shoot, the actors fell perfectly into their respective roles and were very considerate of each other. The studio was filled with laughter the whole time.”

“To All the Guys Who Loved Me” premieres on July 6 at 9:30 p.m. KST. Check out the first teaser for the drama here!