In the interview with Viki, Han Gi Chan and Jang Eui Su read fan-submitted questions in English and answer them.

Asked about their first impressions of each other, Han Gi Chan shares, “When we first met, [Jang Eui Su] had longer hair and a bigger build, so I was a bit scared. He looked as if he had just got back from a fight because he had a scar on his hand as well.” On the other hand, Jang Eui Su says he found Han Gi Chan’s smile to be very charming. Han Gi Chan laughs embarrassedly as he says, “If you say it like that, they’ll misunderstand,” and Jang Eui Su responds, “It’s okay. They can think what they want.” 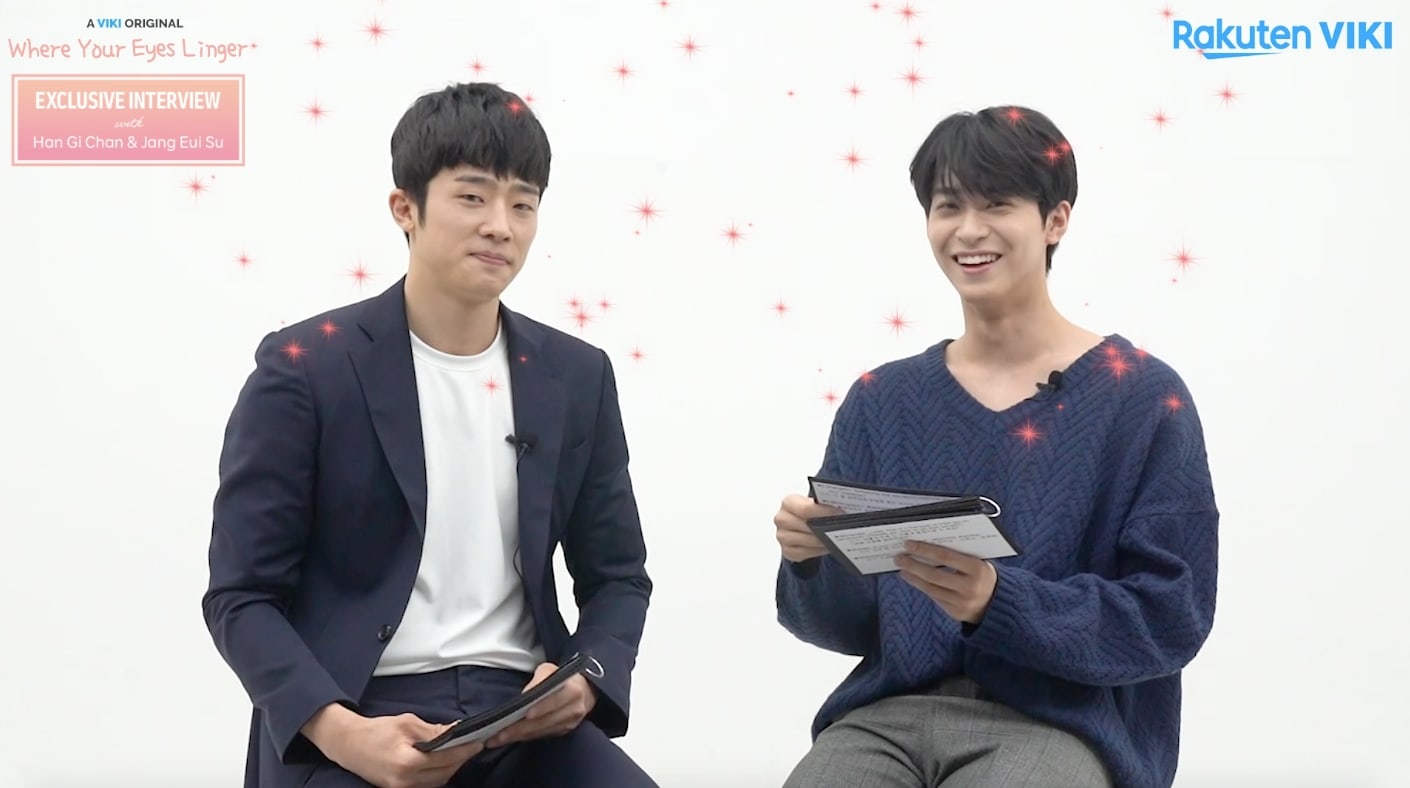 They reveal that they are very close in real life along with co-star Choi Kyu Ri, who played the extroverted and energetic Choi Hye Mi.

The two actors answer more questions about what they have in common with their characters and funny anecdotes about the filming.

Jang Eui Su
Han Gi Chan
Where Your Eyes Linger
How does this article make you feel?