Till now, Kim Ah Jin has been under the belief that Park Jin Sung likes men, so the two have been hiding their emotions for each other. But the previous episode had one of Park Jin Sung’s ex-girlfriends making an appearance, and he risked all of his lies being revealed.

The new stills show the two almost leaning in for a kiss. Kim Ah Jin looks tipsy as she stars at Park Jin Sung with love in her eyes, and he is unable to look away. The preview video for the upcoming episode teased a new turn in their dynamics as Kim Ah Jin is set to make a drunken confession as she asks, “If you didn’t like men, would you have liked me?” 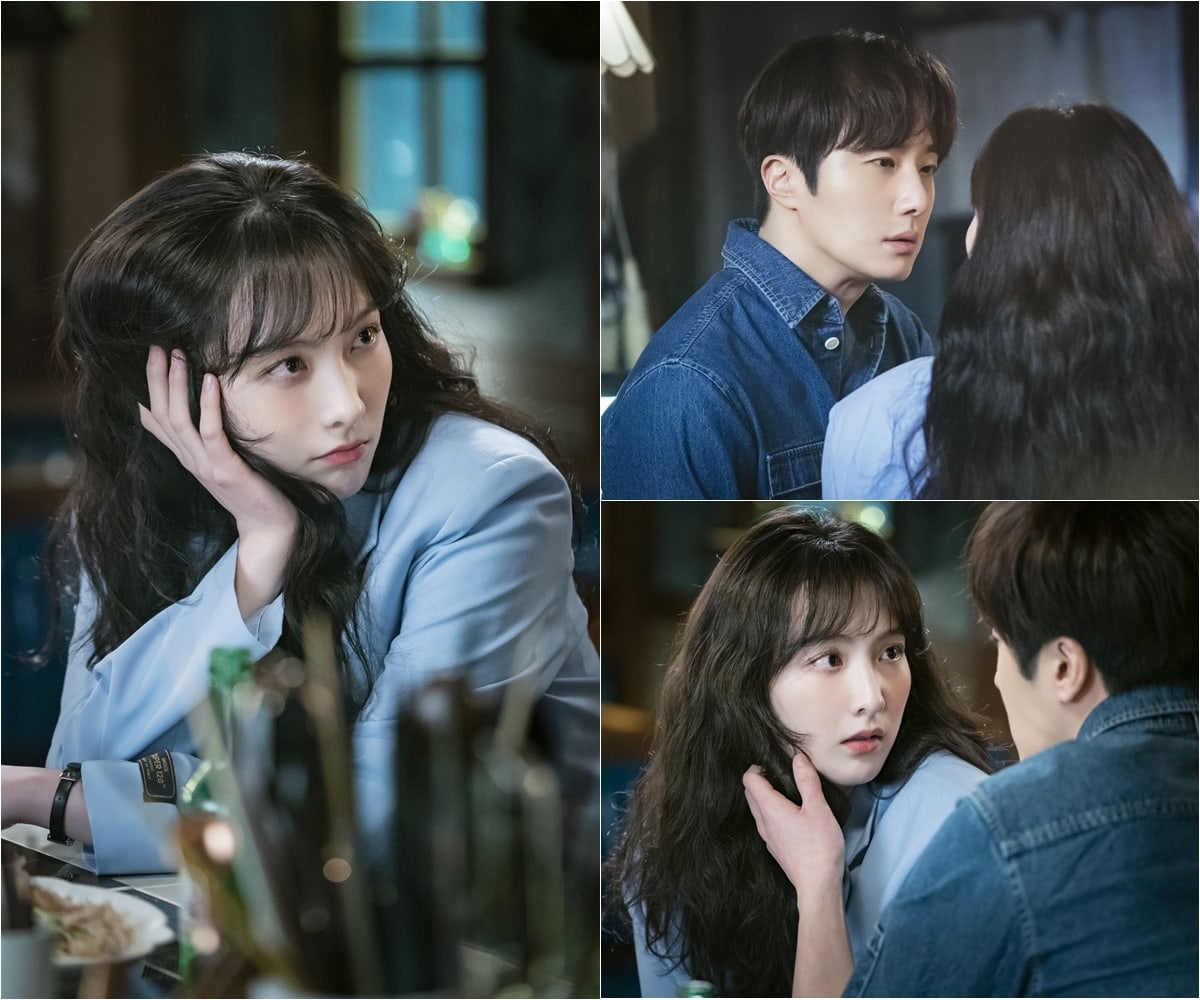 Though they have both had feelings for each other, Park Jin Sung’s lie that he is interested in men has stopped anything from happening. It will be interesting to see what brings them to this moment, where they seem to be leaning in for a kiss. The production staff shared, “Park Jin Sung risks getting his lies discovered with the appearance of his ex-girlfriend, and his fate will be decided in the upcoming episode. Both Park Jin Sung and Kim Ah Jin are swept up in a wave of emotions. Please keep watching to see if romance will finally blossom between the two.”

The upcoming episode of “Sweet Munchies” will air on June 16 at 9:30 p.m. KST. Catch up with the latest episode below!