OCN’s new drama “Train” has shared a character relationship chart of both its parallel universes!

Described as a “parallel universe mystery drama,” “Train” is a sci-fi thriller about a single choice made on the night of a murder that splits the world into two alternate universes. Yoon Shi Yoon stars as Seo Do Won, a high-ranking detective who gets involved in a serial killer case to protect the woman he loves.

OCN released two character relationships charts, one for each parallel universe. In universe “A,” Seo Do Won is a police officer who has chosen the path of atonement. He is the team leader of the violent crimes division and his character caption reads, “If my father hadn’t met with the accident that day, would life be different now?” While chasing a criminal, he meets Han Seo Kyung from a different universe and starts living his doppelgänger’s life. This leads him on a quest for the truth behind the fateful night. 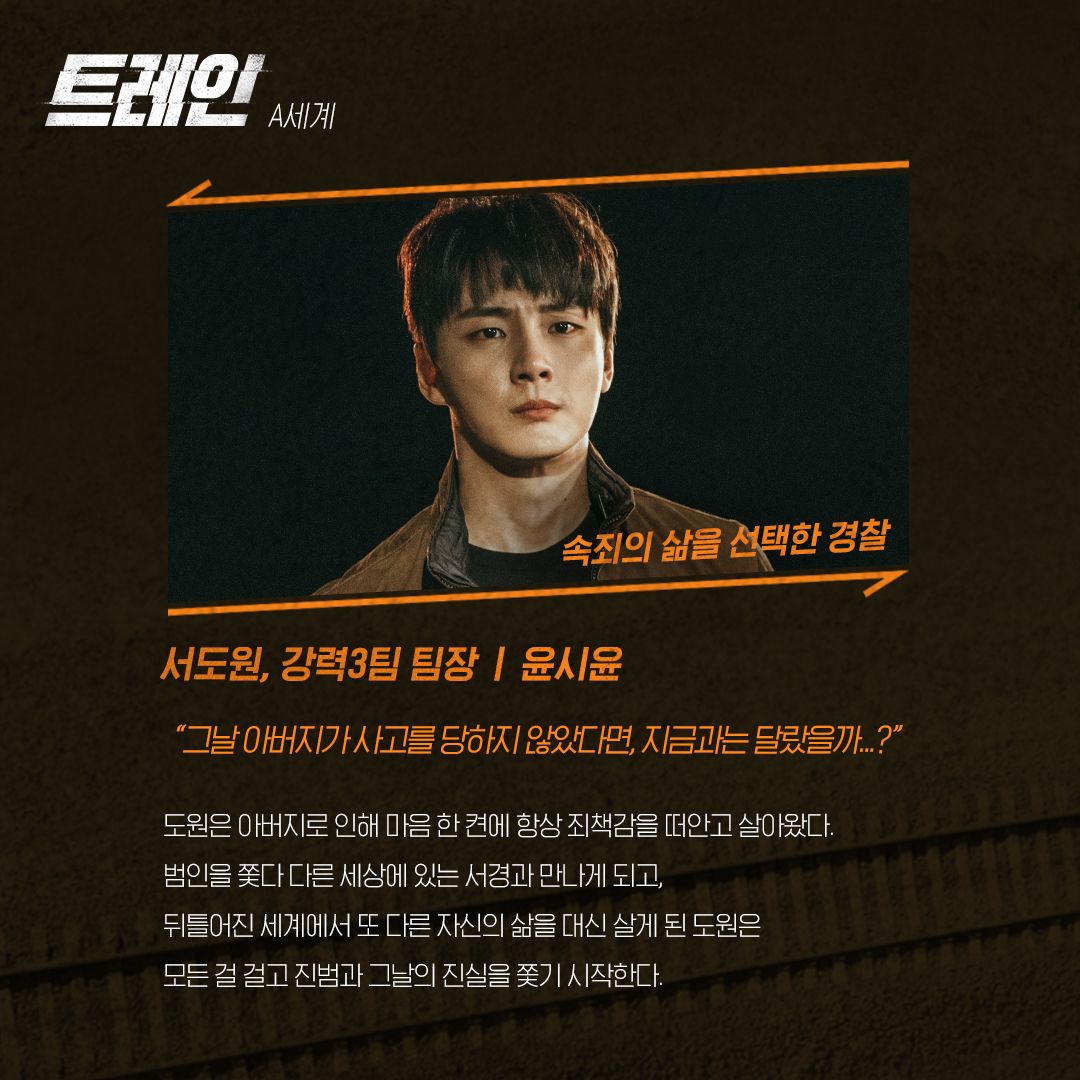 In universe “B,” Seo Do Won is a police officer who has chosen the path of corruption. Otherwise, he has the same name, job position, and face as the Seo Do Won from universe “A.” Despite being an elite graduate of the police academy, he is now considered a suspect in the murder of a drug broker. His character caption reads, “It really exists. The world in which this all began…!” 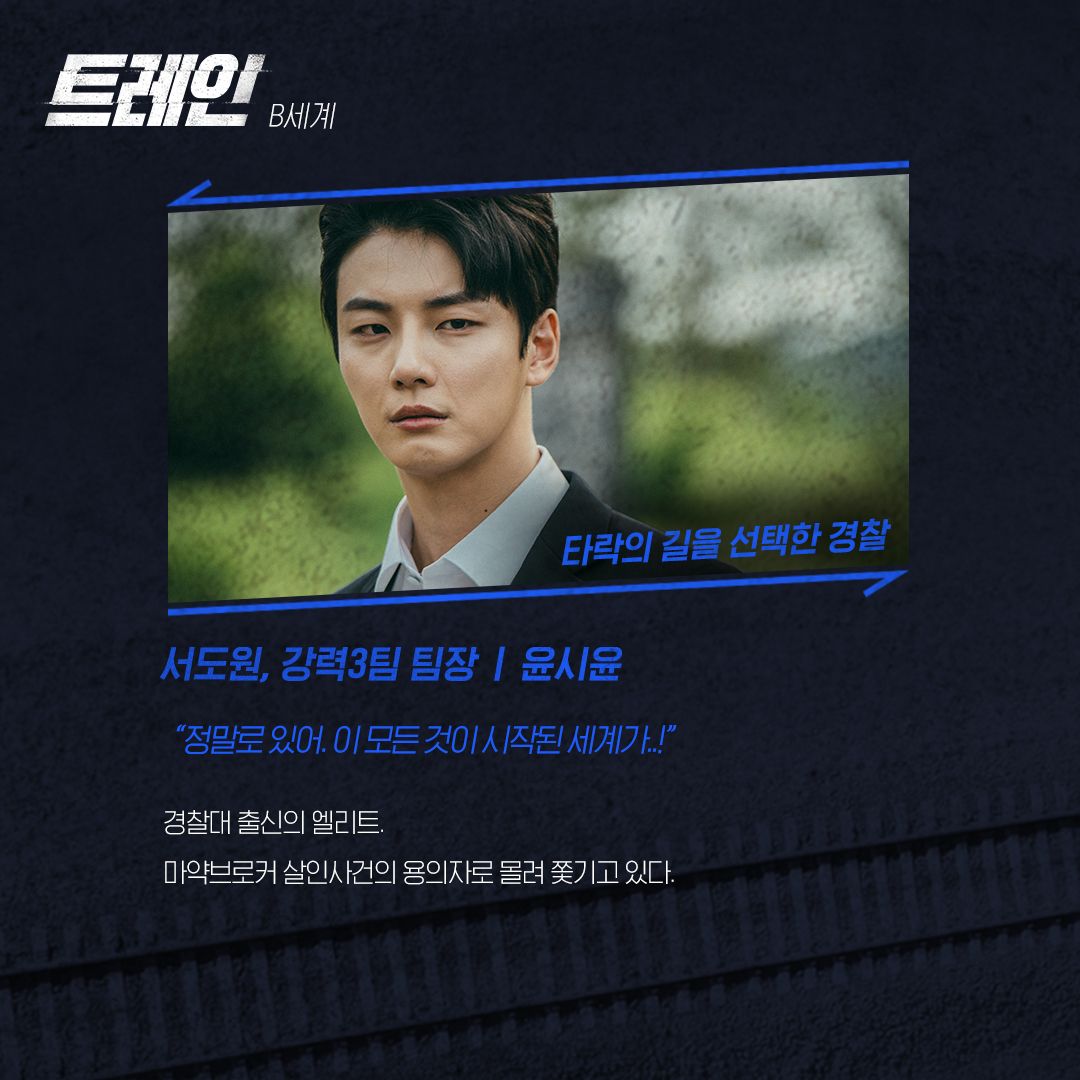 Kyung Soo Jin co-stars as Han Seo Kyung, an honest, straight-talking prosecutor in universe “A” and a cold, emotionless detective in universe “B.” In universe “A,” Han Seo Kyung is described as a prosecutor who has succeeded in life due to love. Her character caption reads, “You’re the only person who accepted me after I was left alone. You’re the reason I’ve lived until now.” 12 years ago, she lost her father in a murder incident. Ever since, Seo Do Won took care of her like she was family. One day, Han Seo Kyung learns the truth behind her father’s death and starts to chase after a new mystery. 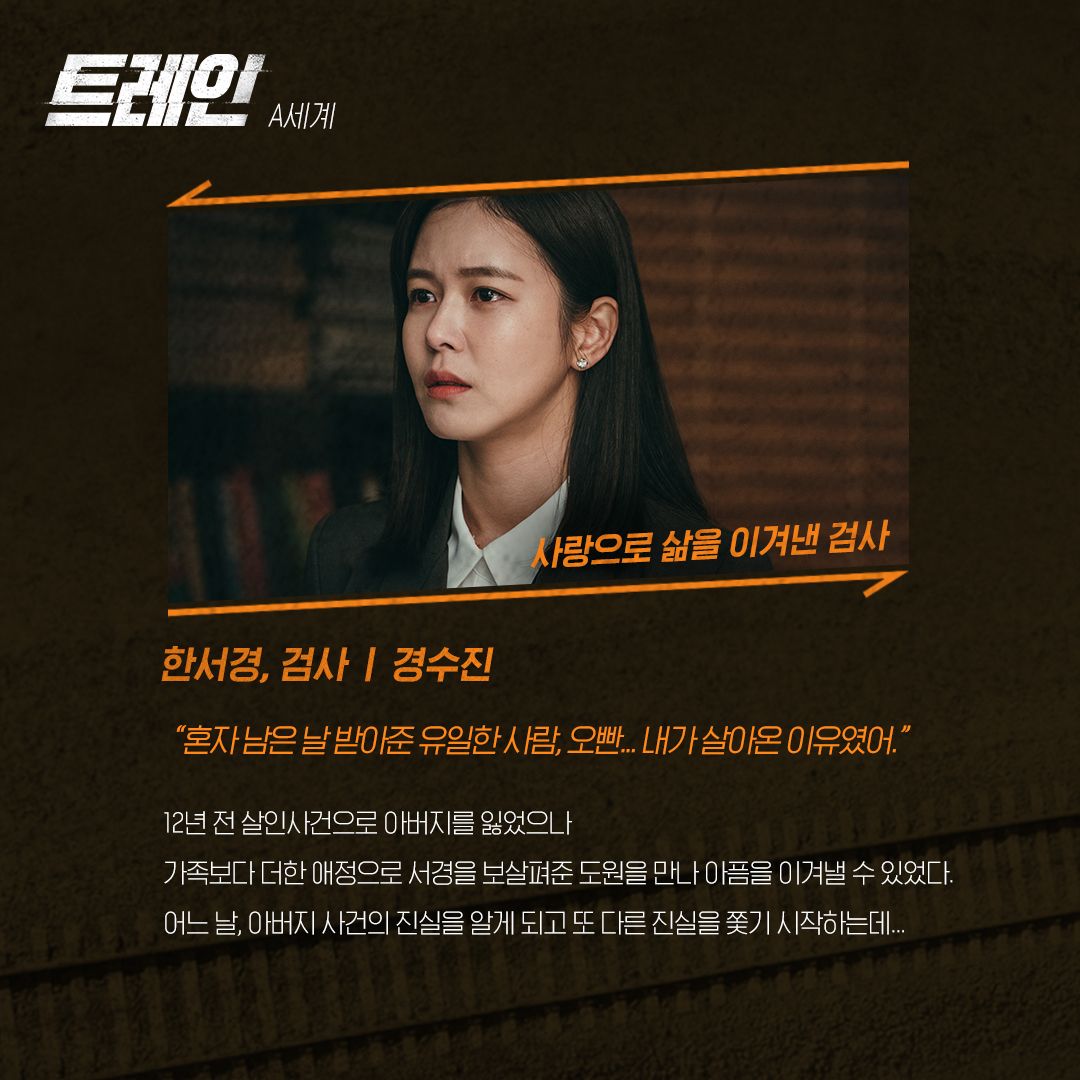 In universe “B,” Han Seo Kyung is described as a police officer who has survived life until now due to hatred. Her character caption reads, “I think the place you need to be is prison.” She is described as a malicious detective in the violent crimes division who is called a sociopath behind her back. She dreams of revenge against the criminal who murdered her father. 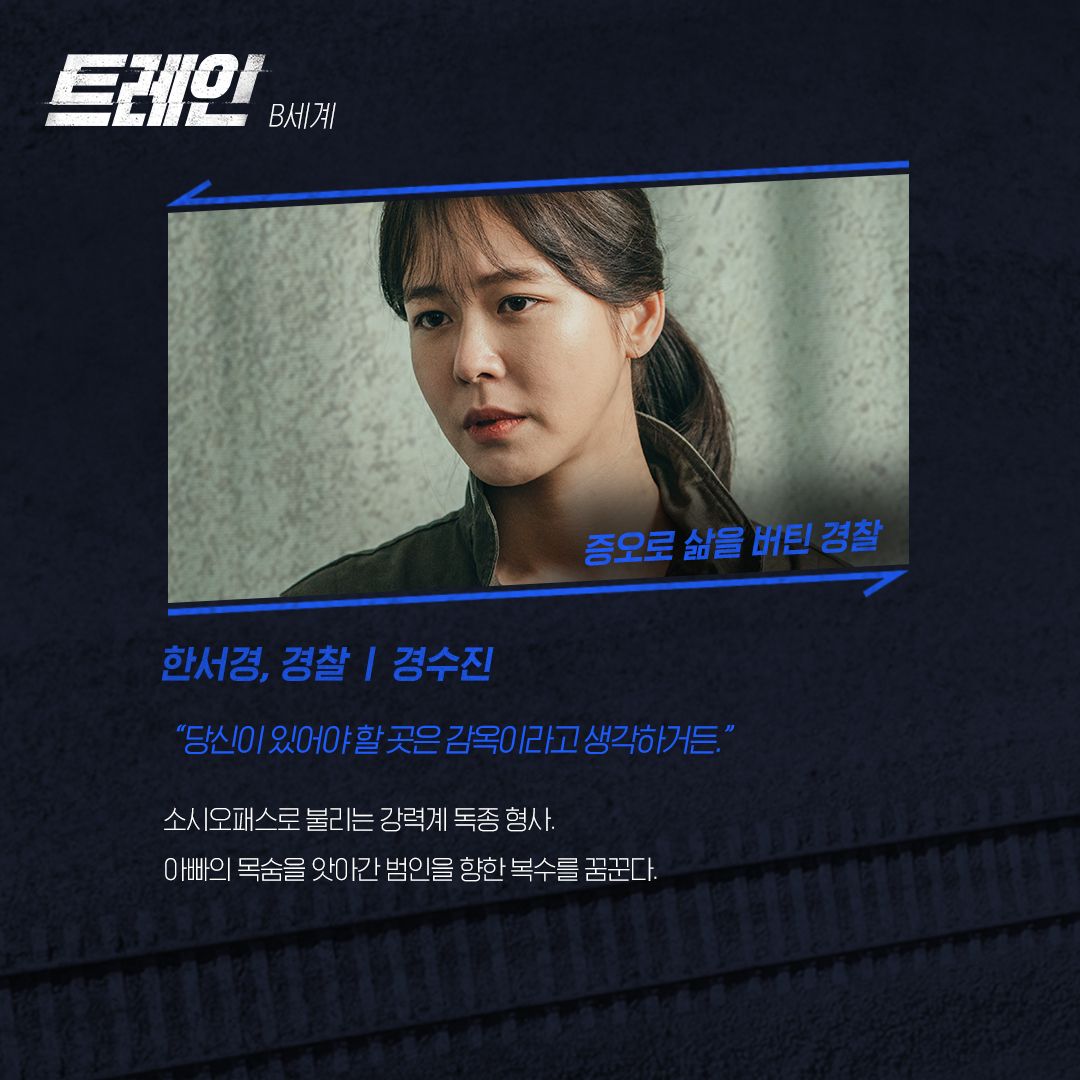 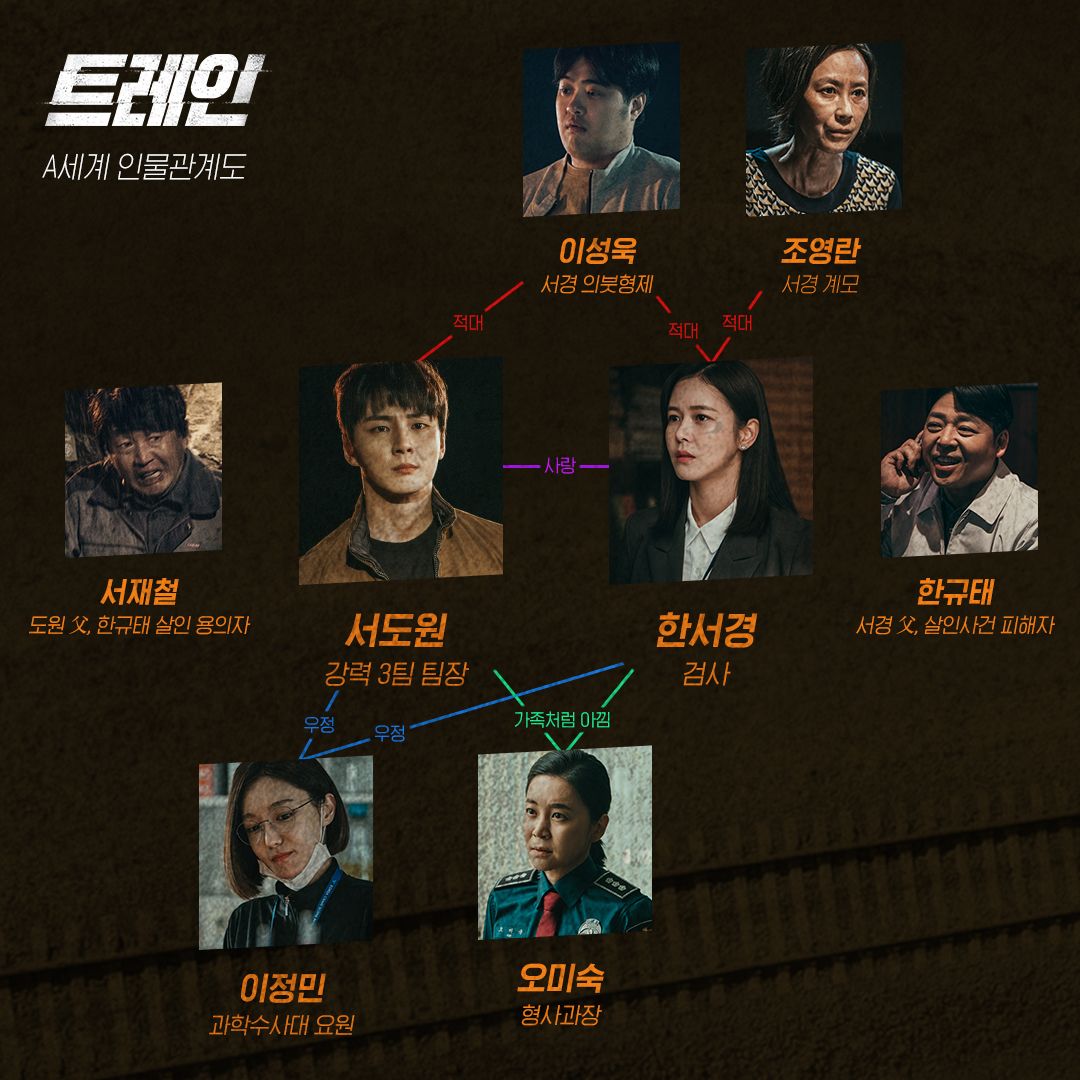 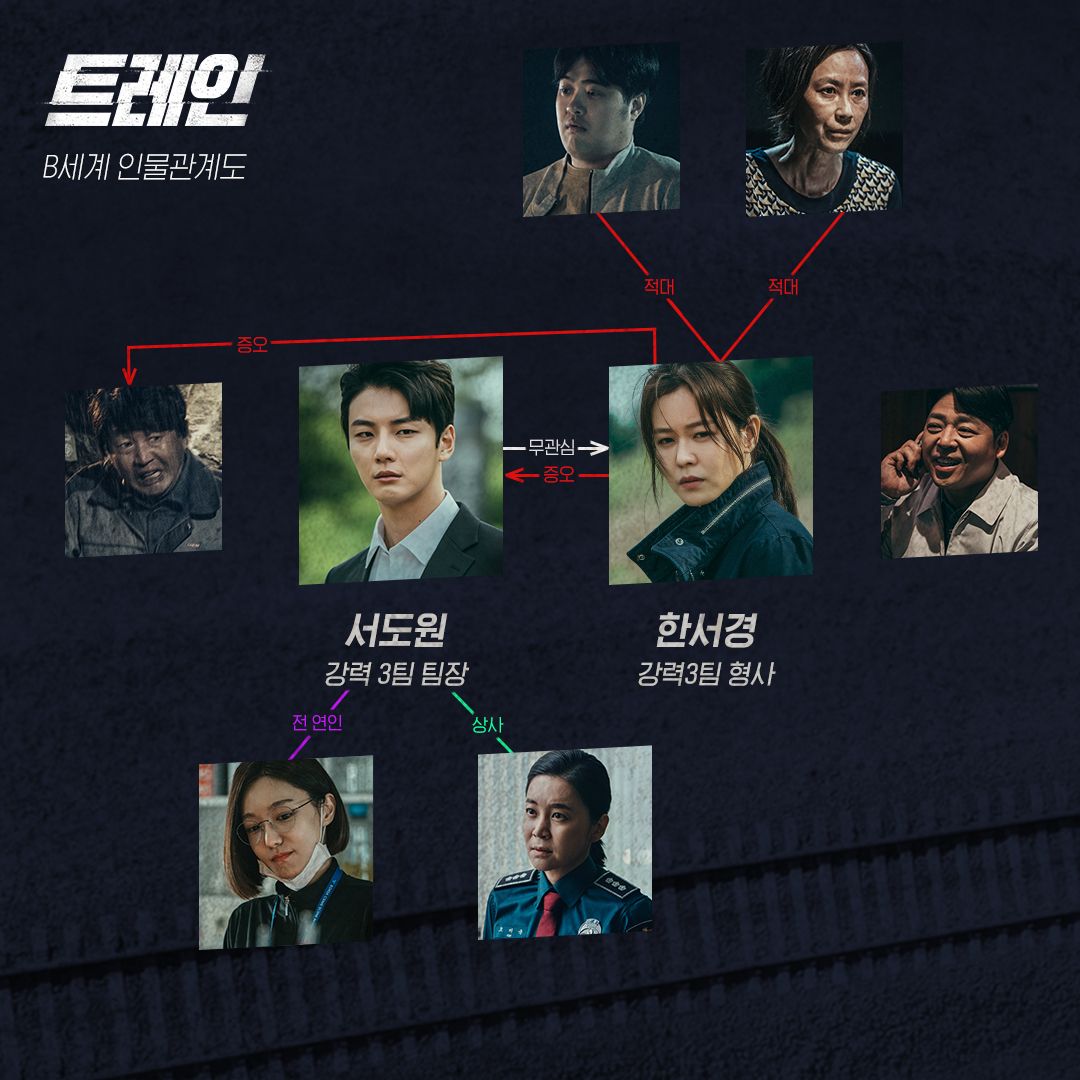 “Train” is slated to premiere on July 11 and will be available on Viki.