Watch: A.C.E Drops Youthful MV For “Stand By You” Prior To Song Release

The music video for A.C.E’s “Stand By You” has been revealed prior to the song’s release!

“Stand By You” is composed, written, and produced by singer-songwriter Kim Feel. The music video shows the five members of A.C.E and a girl as students enjoying their youth.

A.C.E dropped an MV teaser for “Stand by You”!

In the video, Jun is heard saying as a narration, “The world rejected me, so I tried to burn it down. But then I no longer had a world. When I opened my eyes, inside the prison that is my heart, I discovered a cactus reflected in a small mirror.”

A concept teaser has been revealed for A.C.E’s return with “Stand by You.” Check it out below! 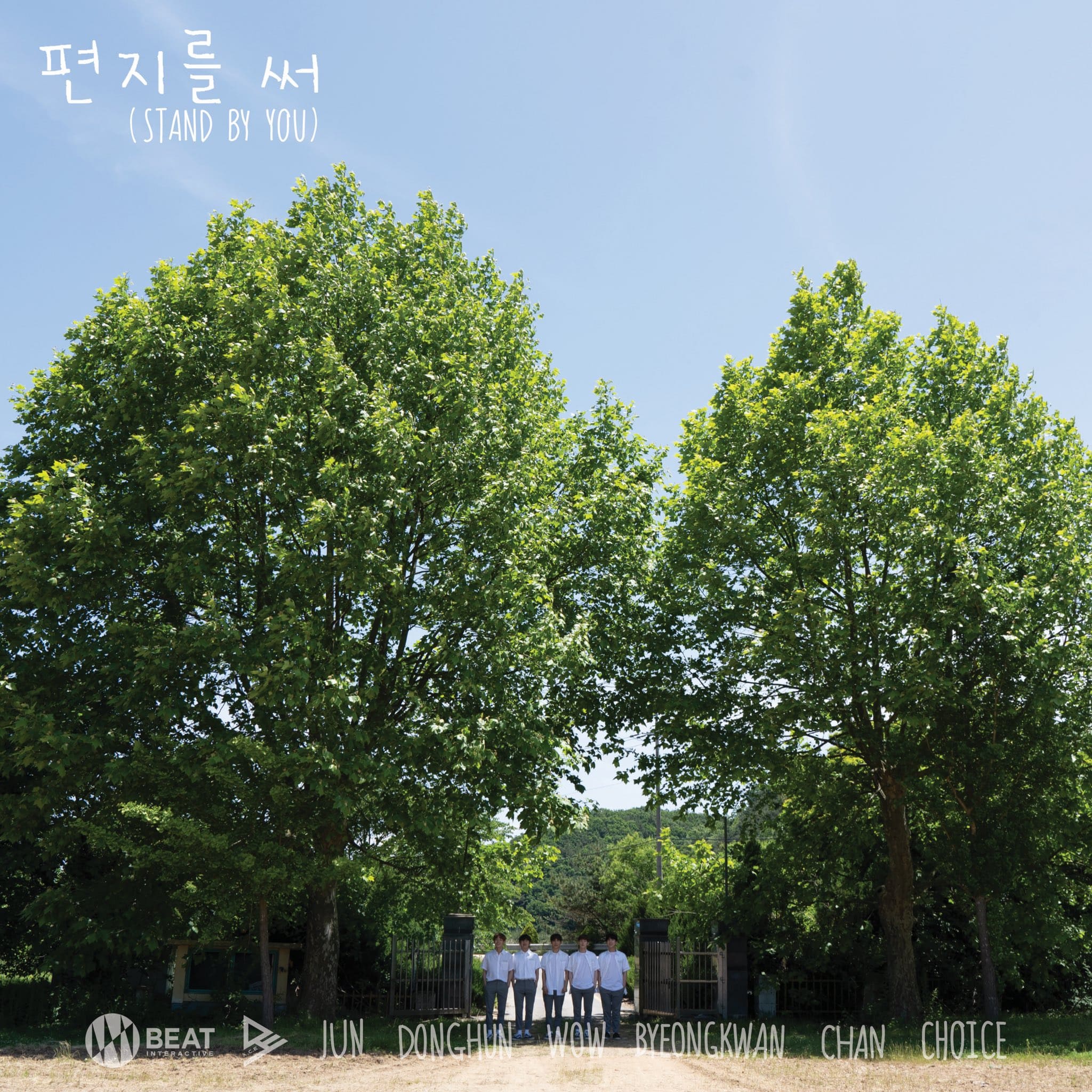 A.C.E has now shared Jun’s music video teaser for “Stand by You”!

A.C.E has dropped Donghun’s teaser for “Stand by You!”

A.C.E shared WOW’s teaser for “Stand by You”!

A.C.E released a teaser featuring Byeongkwan for “Stand by You”!

A.C.E shared part of their track list for their fourth mini album, and also revealed a “Stand by You” teaser featuring member Chan!

A.C.E has shared an MV teaser for “Stand by You”!

On June 17, the group released a teaser video for something new titled “Stand by You,” with the background music produced by member WOW.

Before the teaser dropped, A.C.E shared a spoiler of a drawing of the group that was released in their video “Adventure: Spinoff Animation” back in 2017. The guys in the MV teaser seem to be positioned as they appear in the drawing.

I will stand by you.

In recent days, A.C.E has got their fans Choice puzzling over teasers for something new. This latest MV teaser was also shared with the hashtag #ACE_SPINOFF and the text “A.C.E : The beginning. I will stand by you.”

I will stand by you.

A.C.E is a five-member group under Beat Interactive that debuted in May 2017, and their most recent comeback was with “SAVAGE” last October.