The drama will tell the story of Baek Hee Sung (Lee Joon Gi), a man who hides his past and pretends to love his wife Cha Ji Won (Moon Chae Won). As a detective, Cha Ji Won begins to grow suspicious of him, and they find themselves standing in front of a truth they don’t wish to face.

On June 17, tvN released a poster that hints at the complicated story between the drama’s two leads. In the poster, Baek Hee Sung and Cha Ji Won are handcuffed to each other. Cha Ji Won sharply stares down at Baek Hee Sung with the eyes of a detective, while Baek Hee Sung faces her with a calm, unreadable expression. The text at the top reads, “The cruel truth that shakes the perfect trust.” There is a mixture of tension, suspicion, and past affection in the air, and viewers are excited to find out what kind of truth will be revealed in the drama. 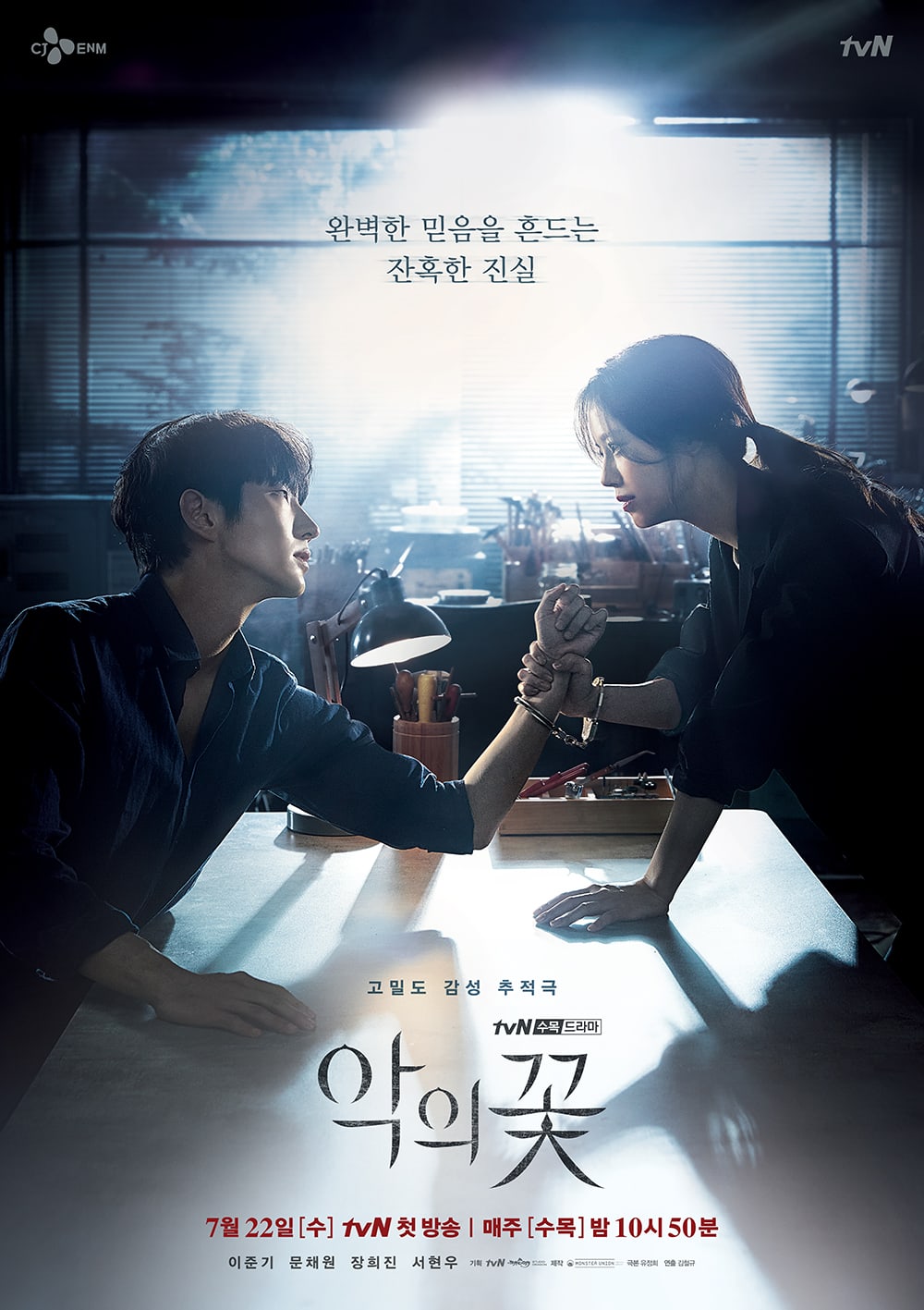 The production team of “Flower of Evil” shared, “Baek Hee Sung and Cha Ji Won are intertwined with complex emotions that cannot be described in words. In order to express the relationship more delicately, both Lee Joon Gi and Moon Chae Won discussed the concept more carefully and monitored their acting thoroughly as they passionately immersed into their roles. The cast and crew are working hard to produce the best results. Please look forward to the first episode.”

“Flower of Evil” will premiere on July 22 and be available on Viki. Watch the latest teaser here!