Watch: Nana Runs For Office And Park Sung Hoon Is A Lonely Employee In Teasers For New Drama “Into The Ring”

KBS 2TV’s upcoming drama “Into the Ring” has released a new teaser!

The teaser starts with Goo Se Ra lying on her bed. In a voice-over, she mutters to herself repeatedly, “A lottery for 50 million won (approximately $41,150).”

Later, she calculates the amount of money needed to run as a candidate and convinces her friends, who look at her in disbelief. Goo Se Ra then runs for office, startling Seo Gong Myung, who watches her.

Seeing other campaigners around her, Goo Se Ra begins to campaign for herself. She shouts, “You can do it, Goo Se Ra!”

Seo Gong Myung still can’t believe Goo Se Ra and asks her, “You’re not running for office for the 50 million won income, right?” Without missing a beat, Goo Se Ra replies, “I am.” Seo Gong Myung stares at Goo Se Ra with confusion. In a voice-over, he asks, “What on earth is this person doing?” Meanwhile, Goo Se Ra smiles brightly at him.

New stills of Park Sung Hoon have also been released.

Park Sung Hoon’s character Seo Gong Myung is a deputy director and a stickler for rules. While he excels at his job, Seo Gong Myung has a rough and picky personality. For this reason, he hasn’t been able to transfer departments at his job, and he even receives a nickname for being demoted. Seo Gong Myung may be a loner as someone with no interest in other people’s business, but things start to change when Goo Se Ra enters his life.

In the stills, Seo Gong Myung shows off his lonely lifestyle. However, his kind smile previews his thoughtful personality, a perfect fit for the romance that ensues. 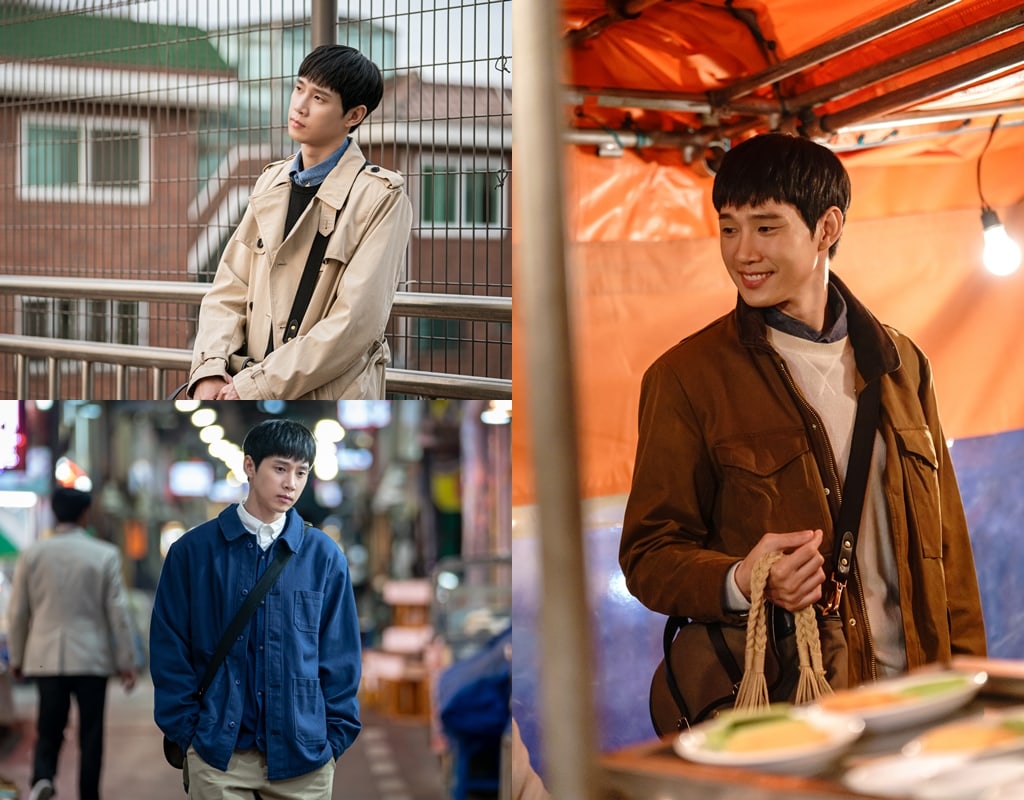 Park Sung Hoon rose to popularity through his roles in the KBS drama “My Only One,” the tvN drama “Psychopath Diary,” and he previously starred with Nana in the 2019 drama “Justice.”

In the meantime, watch Nana and Park Sung Hoon in “Justice” below!