Park Min Young Names Her Most Difficult Character Yet, Talks About Dramas That Impacted Her Life, And More

Park Min Young is taking a break now after the end of her 2020 drama “I’ll Go to You When the Weather Is Nice.” She told the magazine in an interview, “I’m currently able to take the opportunity to focus on myself.”

“Lately I’ve been catching up the sleep I was missing out on,” she continued. “I’m sleeping a lot more, to the point that I wonder how I managed to keep up the schedule I had when I was working.”

“They say that people are forgetful beings,” said the star. “Once I finish a project that I went through a hard time for, I feel a sense of accomplishment over the fact that I’ve once again created a new character. I think I understand how my friends who’ve experienced childbirth must feel. Even if it hurts so much during childbirth that you feel like you’ve been stepped on by an elephant, your mind resets the very second that you see your baby’s face. I’m like that about my projects. It’s so painful when I’m acting, but once it’s over, I forget all about that.” 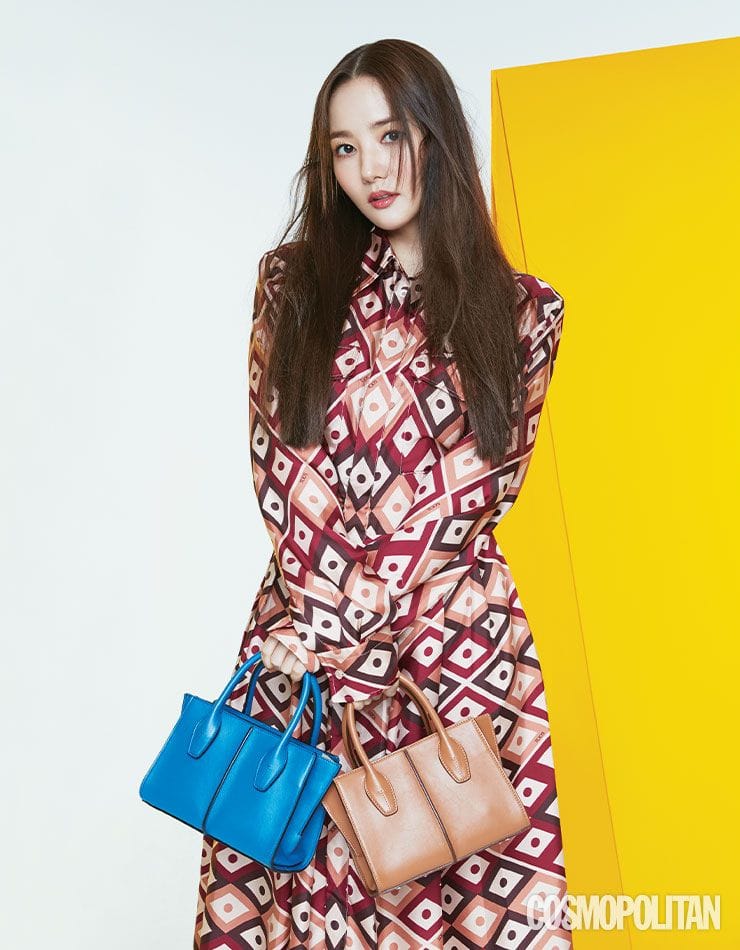 The actress has been continually working on projects since her debut. She shared, “I’m feeling a bigger sense of value, earnestness, and happiness about my work now, to the point that I couldn’t even compare it with how I felt in my 20s. However, I think it’s a relief that I was able to have that mindset even to a small degree back then.” She talked about how she’s gone through stages of life with her characters, such as starting out playing the role of a high school student in “Unstoppable High Kick,” experiencing Joseon-era “college” life through “Sungkyunkwan Scandal,” and becoming an entry-level worker through “Glory Jane.”

“Lately I tried becoming professional women,” she said. “I think that I’m living my life together with the characters I play. I consider my filmography to be my life’s album and I’m continuing to build on it, and so I end up focusing on projects that I couldn’t do later on if I don’t do at this point in time. Thankfully, things have been been working out well.” 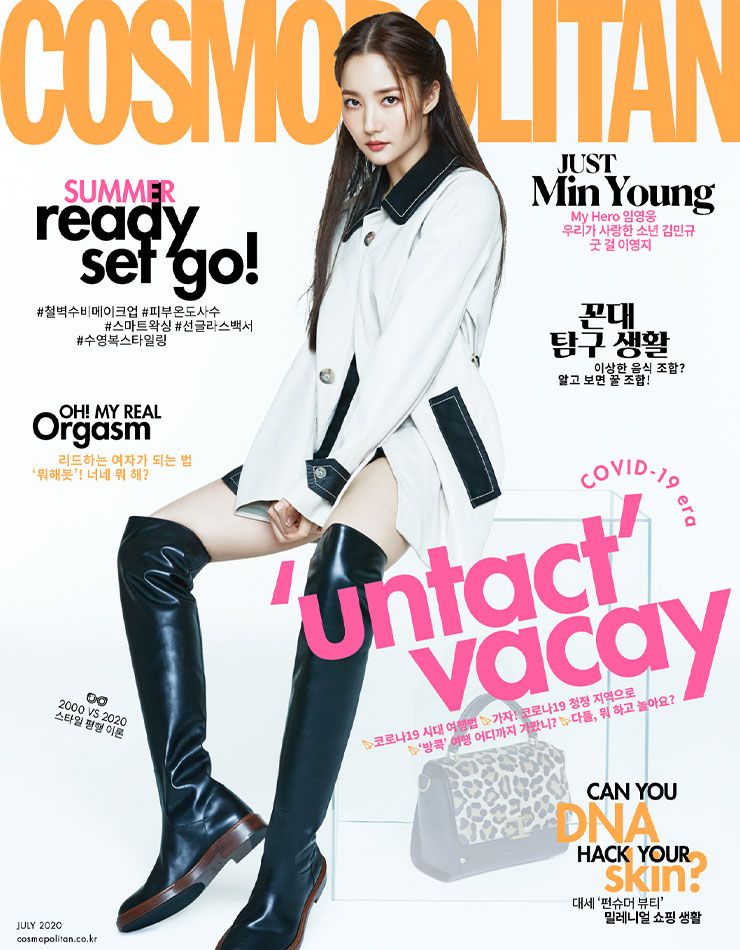 Park Min Young went on to share that there are some works that she feels a sense of accomplishment about and others that she feels very disappointed about. She continued, “‘What’s Wrong with Secretary Kim‘ was a lot of fun to work on. I was so happy while filming that I felt like I was flying. It helped me recover my love and passion for my work.”

“The project that made me think that I should keep acting for the rest of my life was ‘Sungkyunkwan Scandal,'” she said. “It also feels like it was my first love. When I was working on ‘I’ll Go to You When the Weather Is Nice,’ the anxiety that had been gripping me just melted away. It was the first time I acted in a way like water flowing. It was really refreshing and I loved it.”

Park Min Young described “I’ll Go to You When the Weather Is Nice” as a 180-degree change from her previous works, and she said her character was her hardest yet to play. She explained, “The reason is that I had to do a lot of acting that focused on the inner feelings of my character, to the point that I thought, ‘Is it okay for there to be so few lines?’ She’s someone who’s so different from who I am in real life so I felt a lot of pressure, but I’m not sure what the viewers thought about it.” 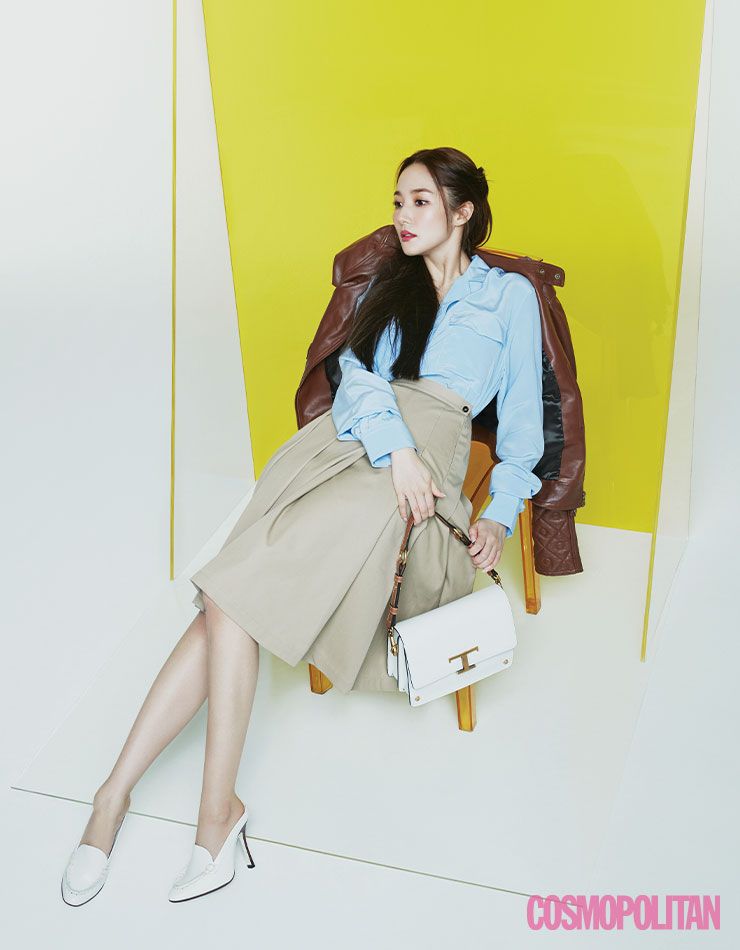 On the topic of acting, she said that she’s currently in an unrequited love, describing with a laugh how acting is like “loving a very haughty man.” She said, “I’m always trying to woo it, but it feels like sometimes it loves me and then it doesn’t, and that repeats over and over. It’s a pro at that push and pull.”

Park Min Young recently started her own YouTube channel called “Just, Park Min Young.” She shared, “I’m really into traveling so I wanted to show a lot of different landscapes or share travel tips. I’m really sad that I can’t do much of that right now because there are so many restrictions.” 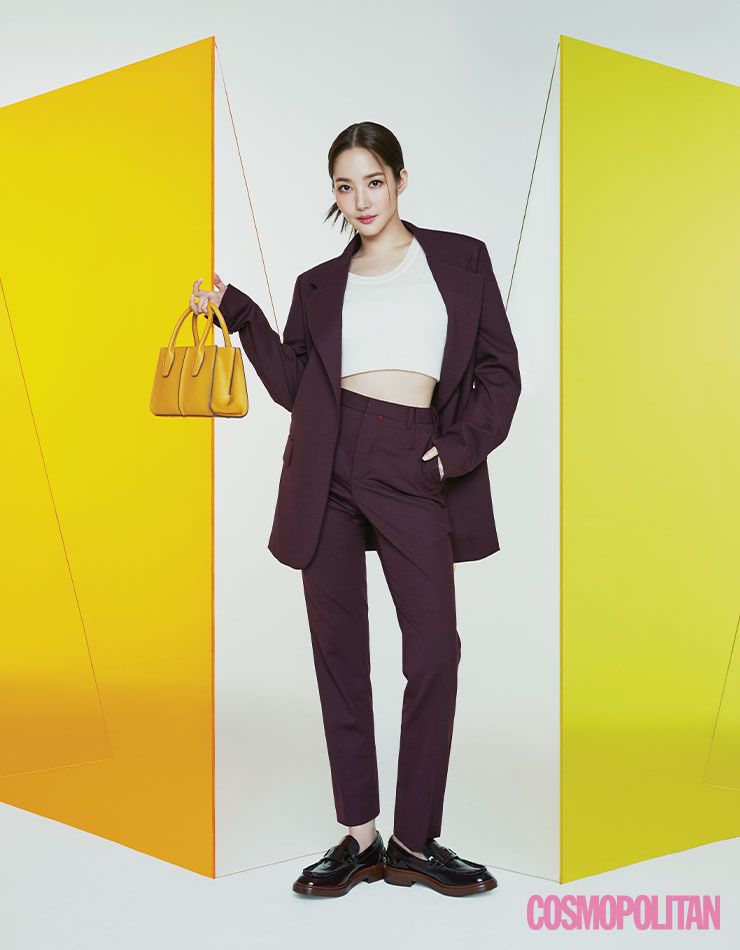 Park Min Young is famous for creating great chemistry with all of her co-stars. When asked to share the praise she’s heard from a fellow actor that made her the happiest, she said, “If someone tells me, ‘Just looking in your eyes makes me get in character,’ then I feel that my sincerity has been conveyed. I think that when we both share the aim to do well together in a work, then sincerity is conveyed between us.”

The actress was also asked to share what her “hidden weapon” is. Park Min Young said that she watched “Unstoppable High Kick” lately, laughing as she explained that clips often come up on YouTube. “The character Yoo Mi that I played was someone who was a bit silly,” she said. “She was lovable and cute. I think I could do a good job at that kind of role if I were to do that again.”

Watch Park Min Young star alongside Seo Kang Joon in the drama “I’ll Go to You When the Weather Is Nice” below!

Park Min Young
Cosmopolitan Korea
How does this article make you feel?