Shin Ha Kyun and Jung So Min will be hit by a wave of diverse emotions in “Fix You”!

In the previous broadcast, Lee Shi Joon and Han Wo Joo both encountered troubling situations. After conducting a live podcast in order to save Nurse Na (Seo Eun Ah), Lee Shi Joon was sent to the disciplinary committee for ignoring hospital protocol. Han Woo Joo was also shocked to finally learn that she is suffering from borderline personality disorder.

In the midst of growing concerns for Lee Shi Joon’s fate, newly released stills reveal Lee Shi Joon surrounded by a dark and heavy atmosphere. With an empty look on his face, Lee Shi Joon lies lethargically on his bed. 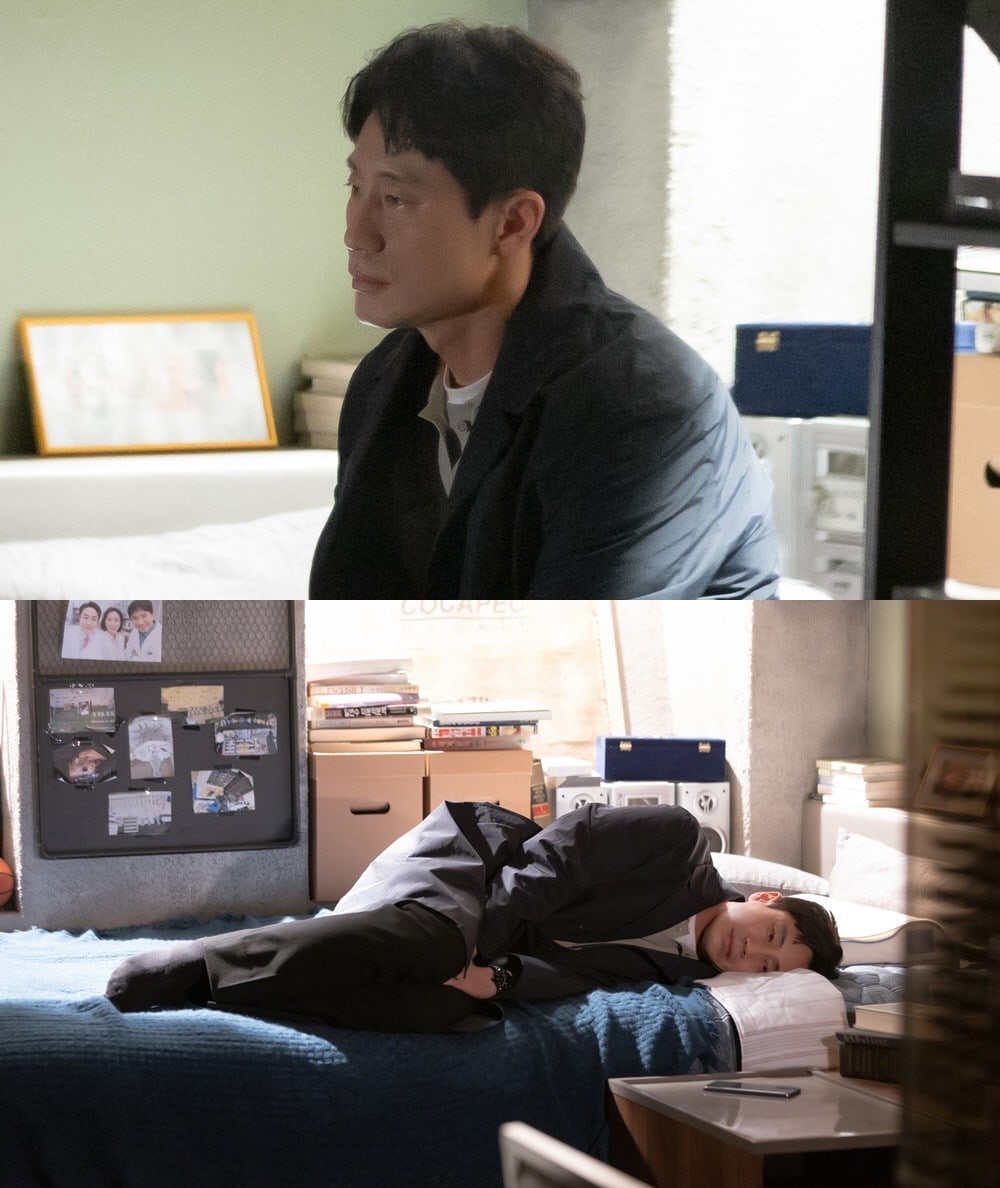 However, soon afterwards, Lee Shi Joon leaves his bed to walk busily around the street and smiles happily while looking at something on his phone. Viewers are relieved to see Lee Shi Joon returning to his active lifestyle, making them curious to find out what could have gotten Lee Shi Joon out of his bed. 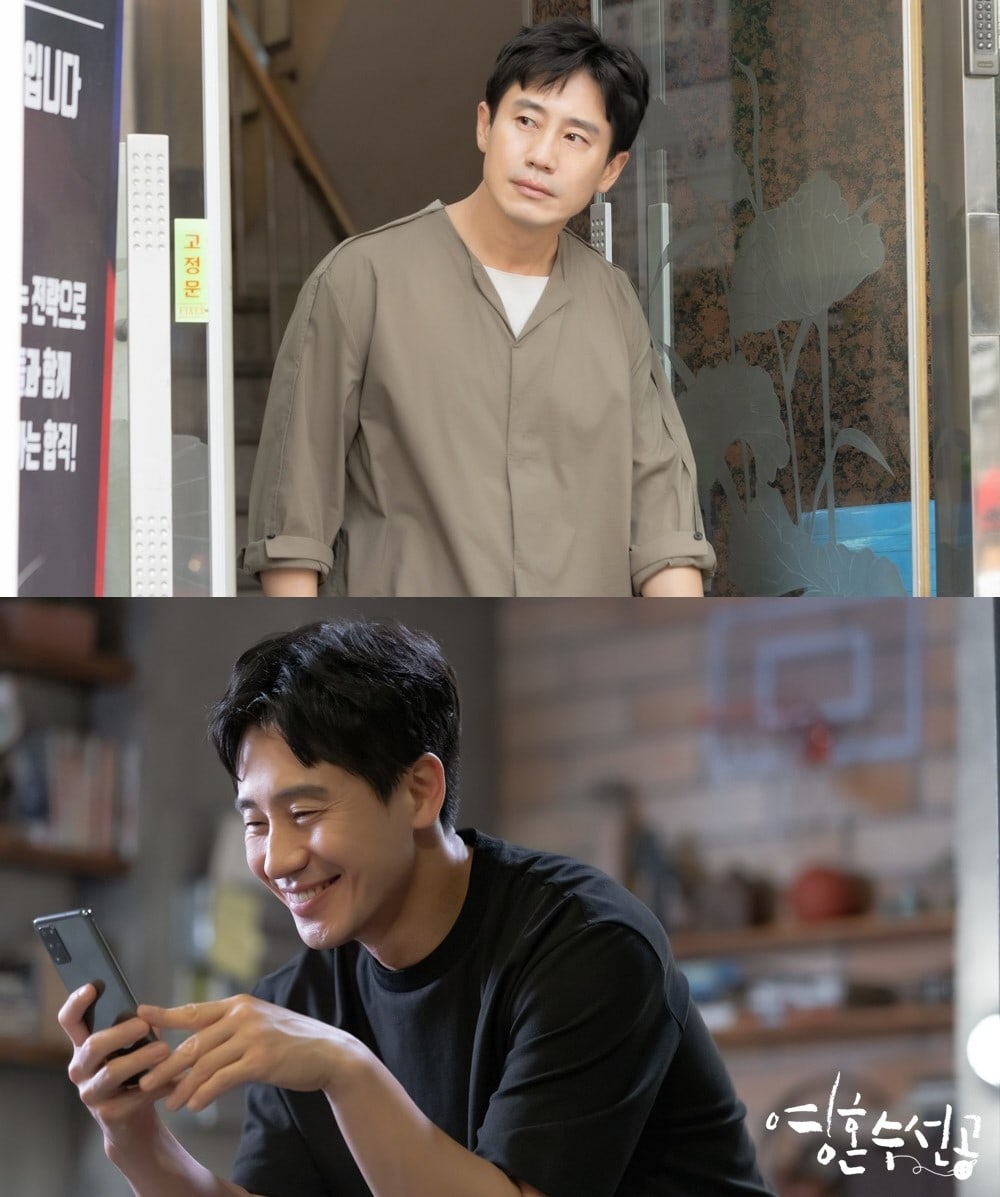 The production team of “Fix You” shared, “Lee Shi Joon, whose life centered around patients, faces a huge life crisis due to the disciplinary committee. Please keep a lookout for what disciplinary action Lee Shi Joon will receive and how he’ll overcome it.”

Furthermore, another set of stills reveals Lee Shi Joon and Han Woo Joo leaving the hospital to go camping in the wilderness together. Setting up a tent and cooking outdoors, the two look relaxed as if they’ve temporarily left their worries behind. 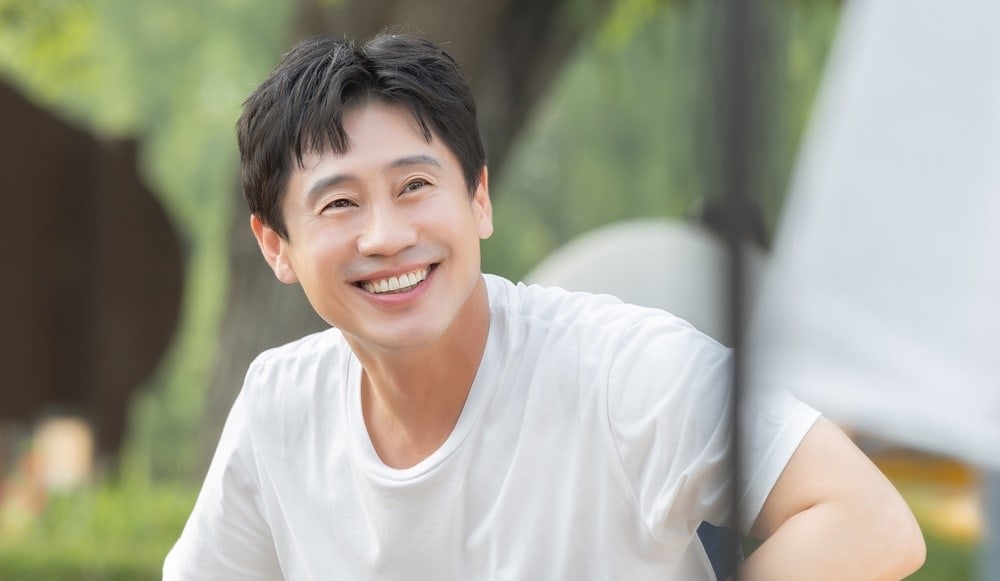 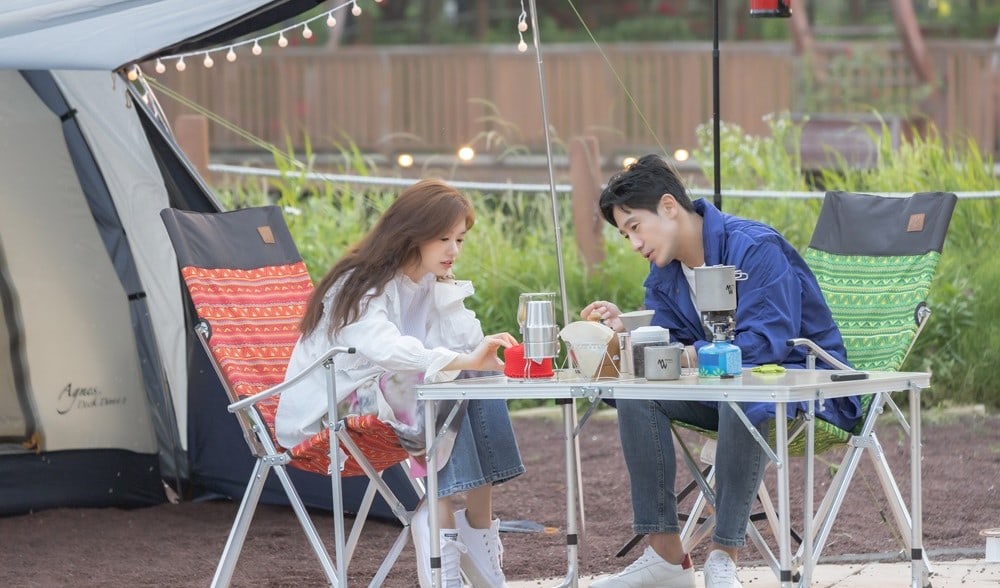 Afterwards, at the dark camping grounds, Lee Shi Joon and Han Woo Joo undergo a sudden change in atmosphere with serious expressions as they each hold a sheet of paper in their hands, drawing curiosity about what could be written on the pieces of paper.