Described as a “hardcore local variety show,” “Hometown Flex” features Cha Tae Hyun and Lee Seung Gi, who were born and raised in Seoul, going to experience life in the hometowns of various guests. It is being directed by producing director (PD) Yoo Ho Jin, former PD for “2 Days & 1 Night.”

The poster is set up like the poster for an action film, featuring Lee Seung Gi and Cha Tae Hyun looking shocked at various local attractions. The caption reads, “The Seoul bumpkins will get their noses cut off in this dangerous invitation from local legends.” (This is a play on words on the idiom “they’ll get their noses cut off with their eyes open,” which is similar to the English idiom “they’ll get the shirts stolen off their backs.” It is a phrase that is usually meant to warn people about the dangers of Seoul, the “big city.”) 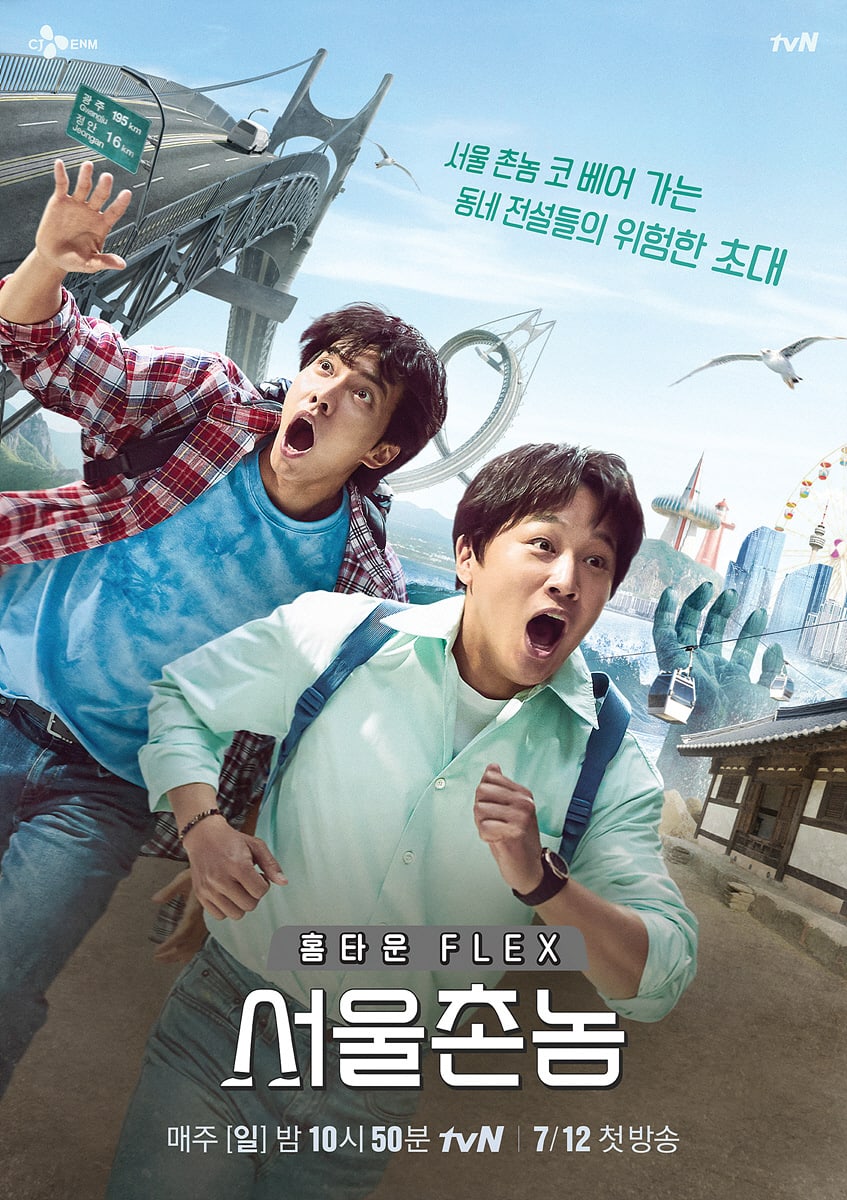 PD Yoo Ho Jin said, “There’s nothing more we could wish for in the chemistry between Cha Tae Hyun and Lee Seung Gi. They even came to their first filming in matching clothes by accident, surprising the production staff. Both of them have visited the provinces often, but the fact that they grew up in Seoul will bring its own kind of relatability and humor.”