Kim Yoo Jung will be joined by original “Sunny” cast member Park Jin Joo for a parody of the hit film in “Backstreet Rookie”!

The highly-anticipated romantic comedy is garnering even more attention after previewing its upcoming parody of the film “Sunny,” acted out by Kim Yoo Jung and Park Jin Joo.

“Sunny” is a popular film from 2011 about a woman who tries to fulfill her friend’s dying wish of reuniting their group of high school best friends. The film alternates between present day and their time in high school and stars Kang Sora, Shim Eun Kyung, Park Jin Joo, Min Hyo Rin, and more.

Park Jin Joo will make her special cameo appearance in a flashback to Jung Saet Byul’s past where she will play a high school student with a potty mouth.

In newly released photos, Jung Saet Byul shows just how loyal her character is by putting on a fierce gaze and tough stance, revealing how determined she is to protect her friends.

Park Jin Joo is shown posing coolly in an attempt to be intimidating while hilariously wearing her exact outfit from the original film. 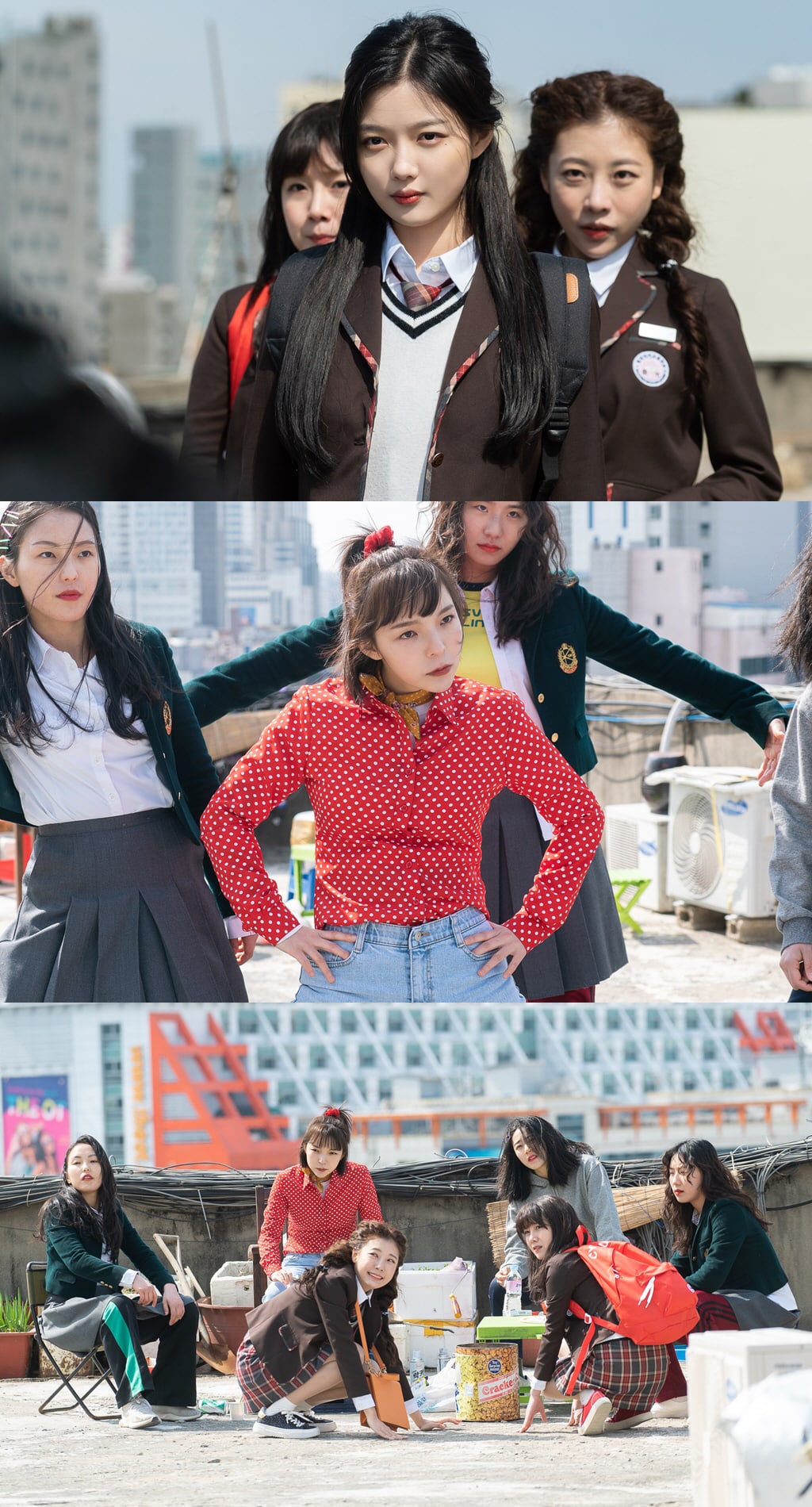