Yoo Ah In showed off his home for the first time ever on “Home Alone” (“I Live Alone”)!

On the June 19 broadcast of MBC’s “Home Alone,” Yoo Ah In took viewers on a tour of his home and shared a glimpse into his everyday life.

While the cast showed immediate surprise at his spacious bedroom, they shared even more surprise that he wore very thick glasses. He explained, “My eyes are really bad. These lenses have been compressed three times.”

In his interview, he very slowly introduced himself, saying, “Hello. I’m Yoo Ah In, who has probably been living by myself for 15 years.” He explained his hesitance, sharing, “I’m a really careful person.”

Yoo Ah In commented, “I moved from Daegu and lived with my manager. When I became an adult, I began living on my own, but I moved every year. I moved around 10 times but I moved to this house five years ago. The driving force of my life has been gradually tending to my home.”

In addition to his spacious bedroom, the rest of Yoo Ah In’s house kept the cast members in shock for its luxurious vibe and sleek interior. His three-floor house features a spacious living and dining room, a modern kitchen, a glass wine room, and a small garden on the first floor alone. 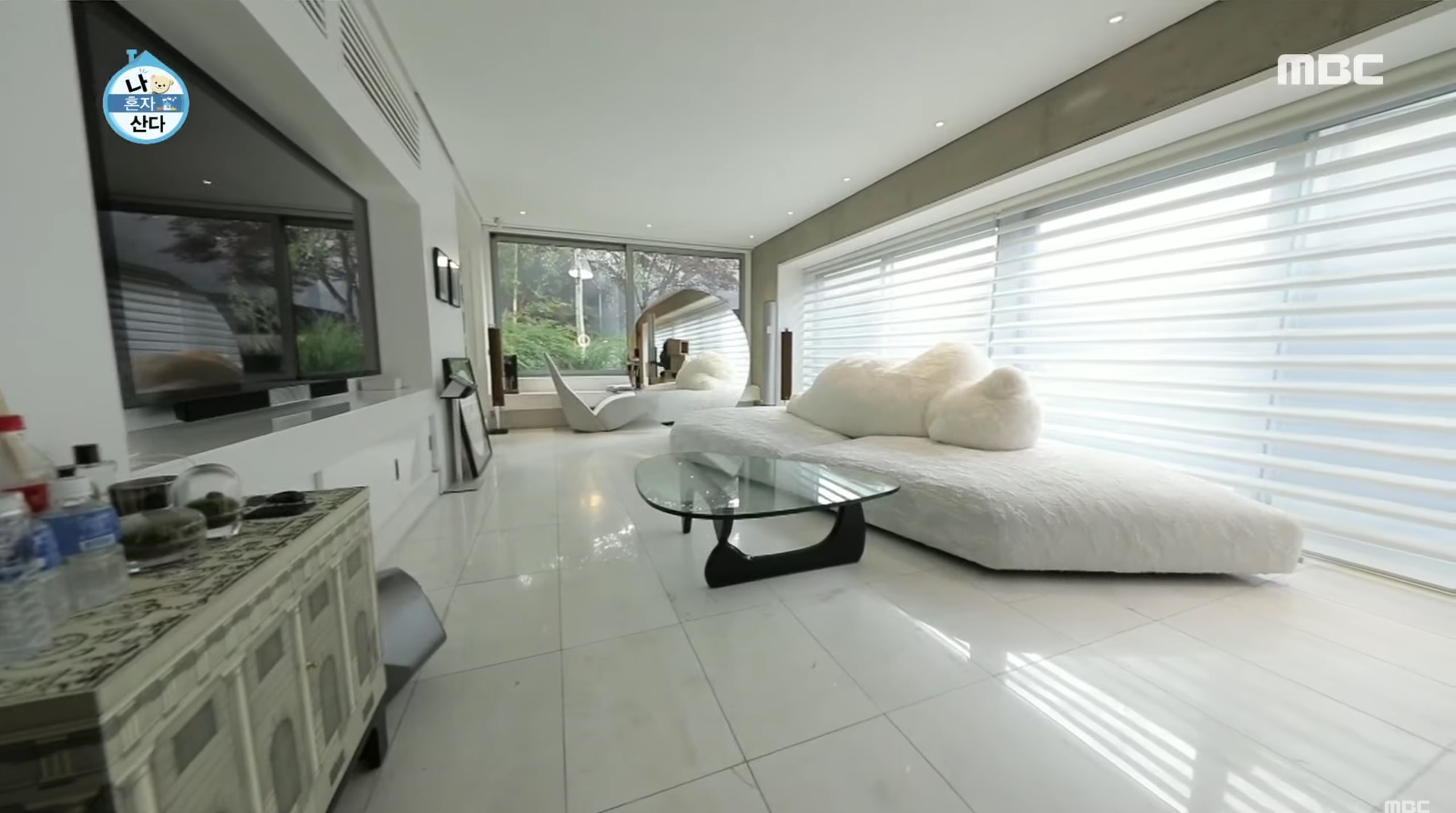 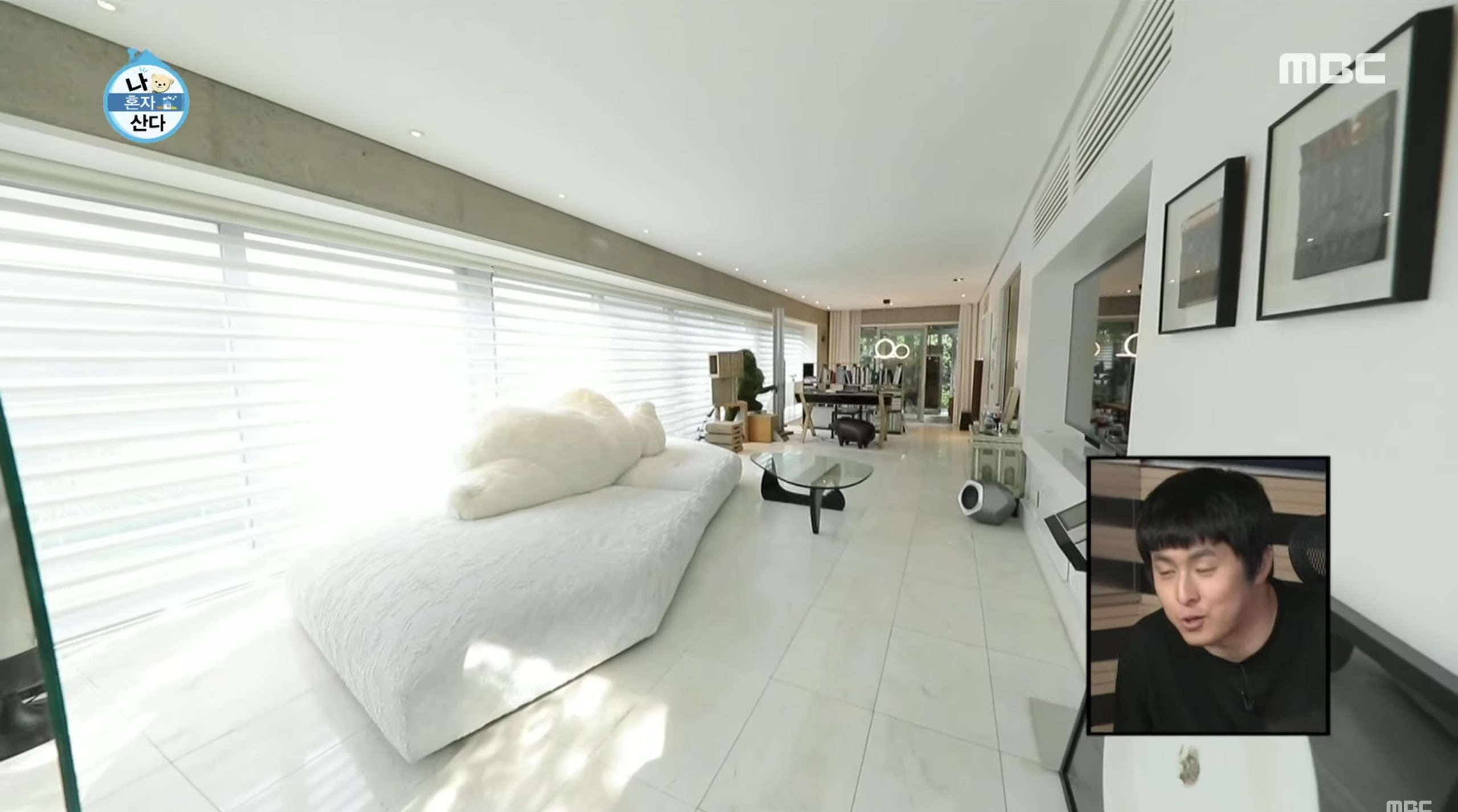 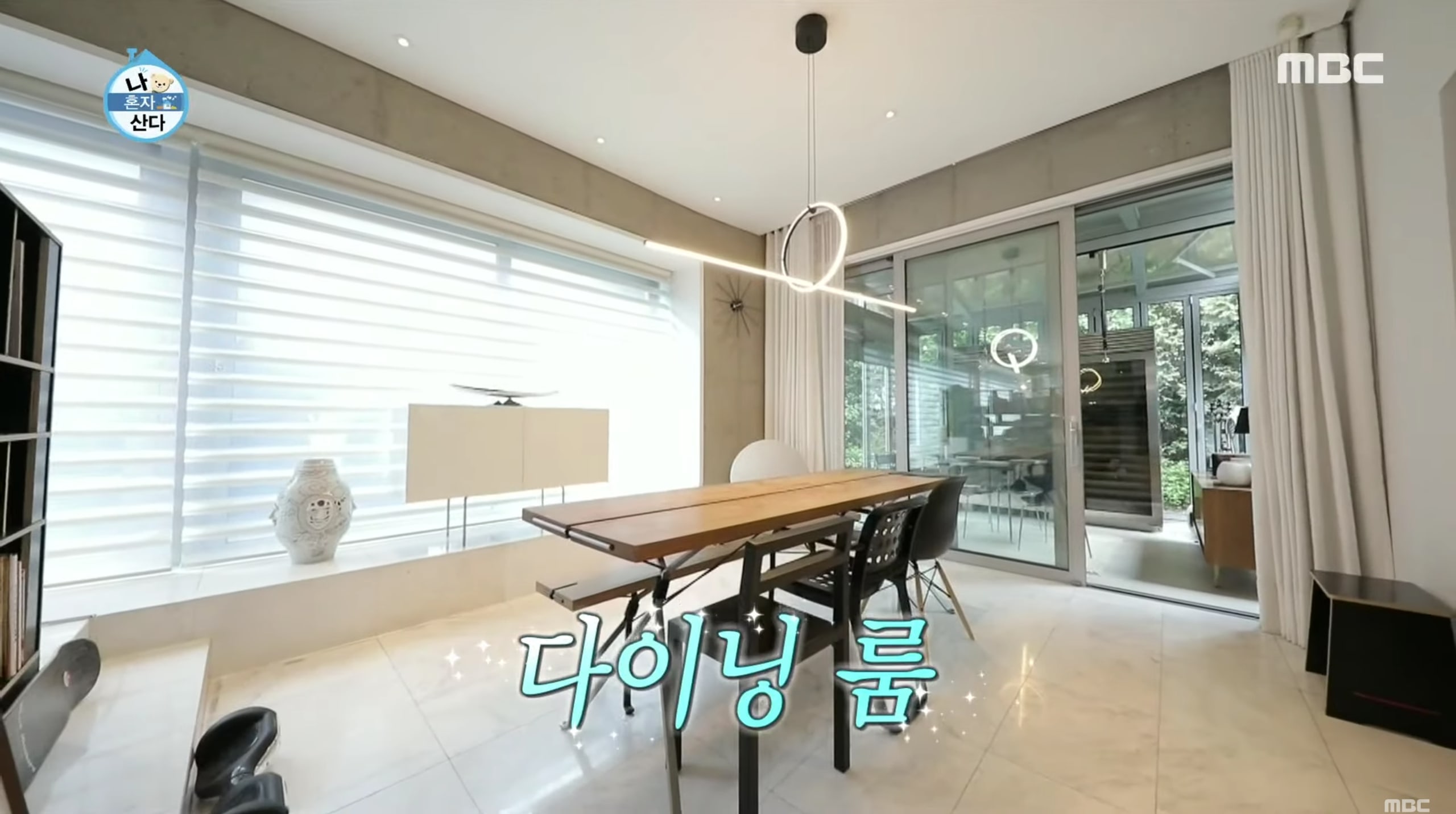 The actor commented, “The concept is a bit of everything. It reflects my preferences from time to time.” 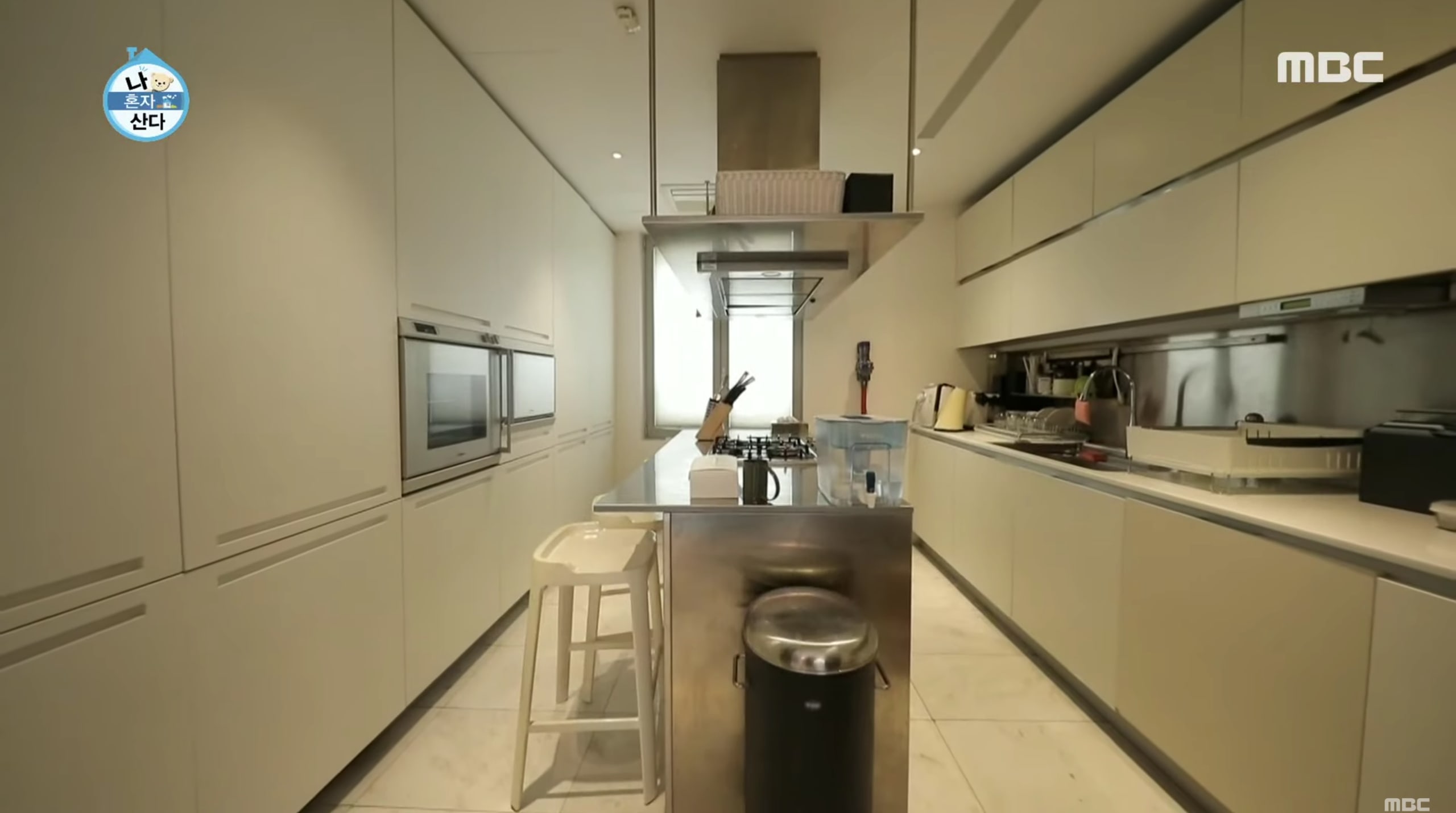 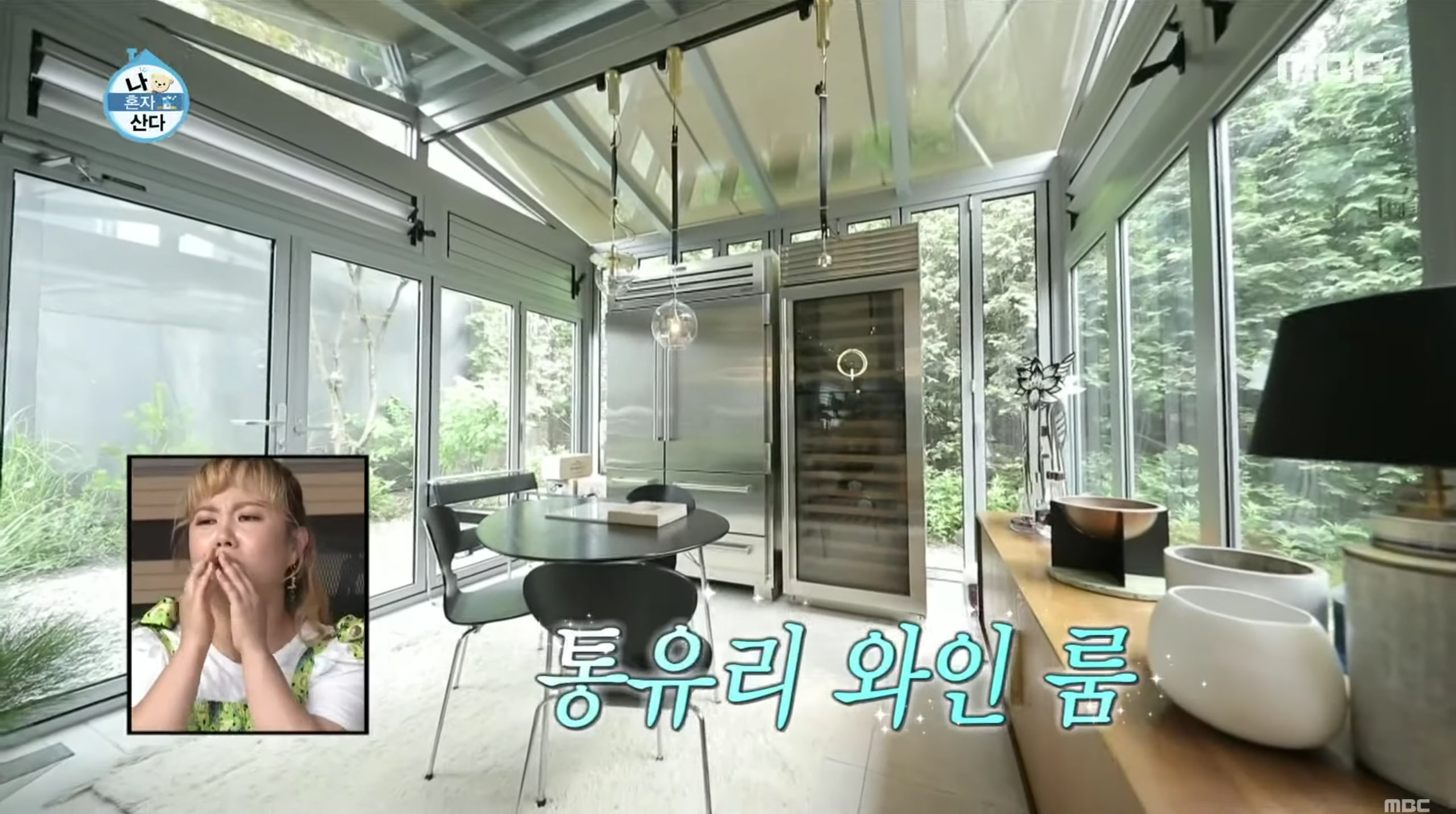 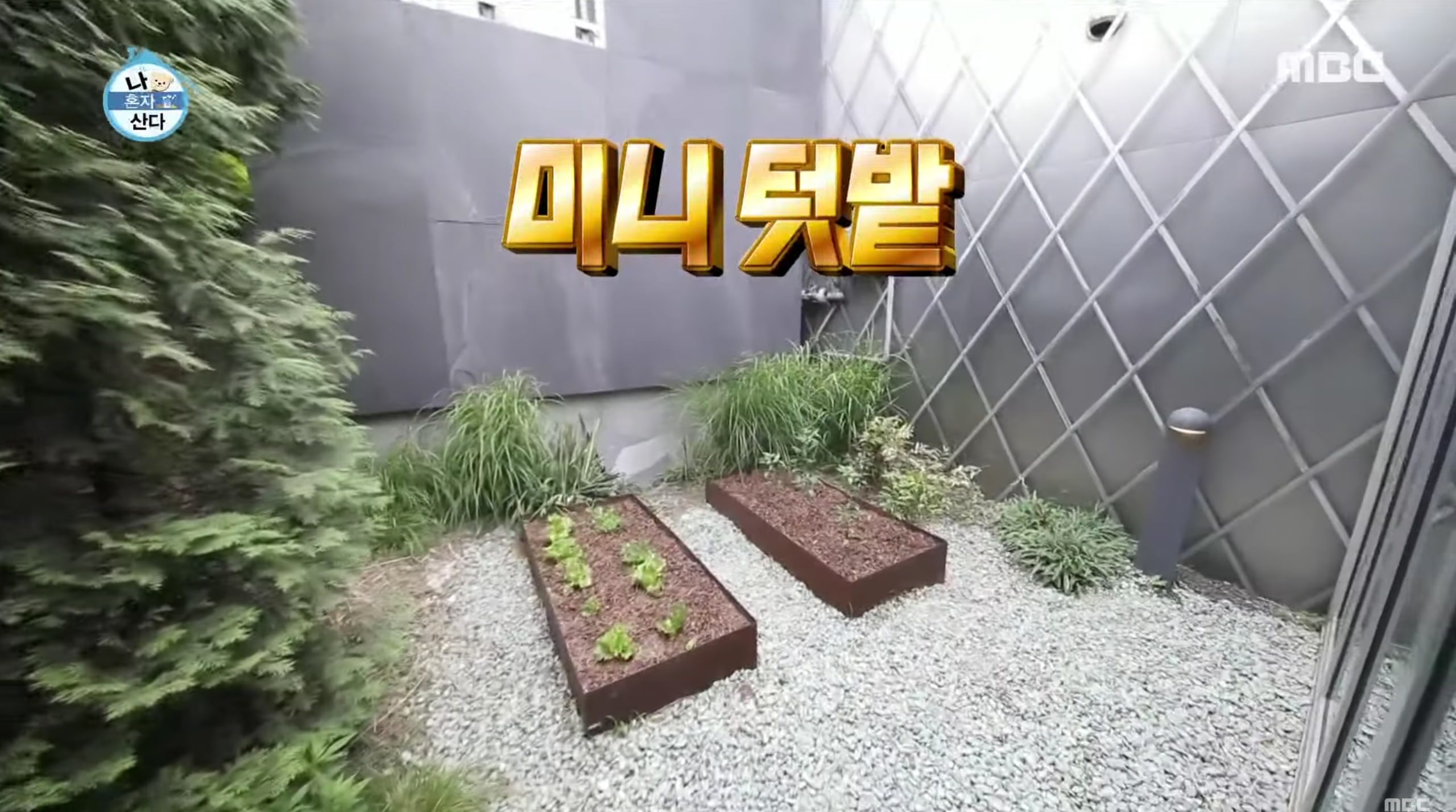 The unique decorations and art pieces had cast members commenting, “It looks like a gallery.” 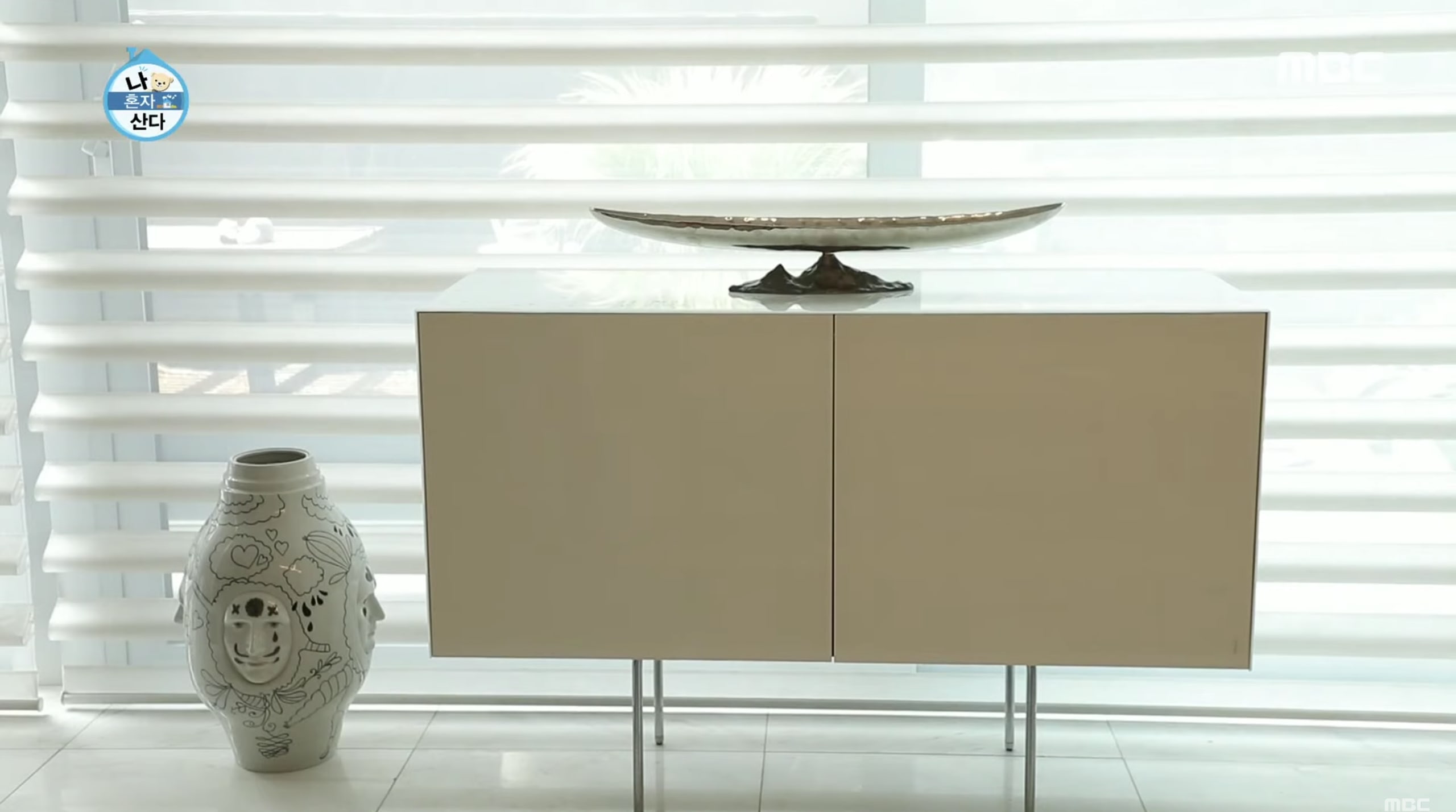 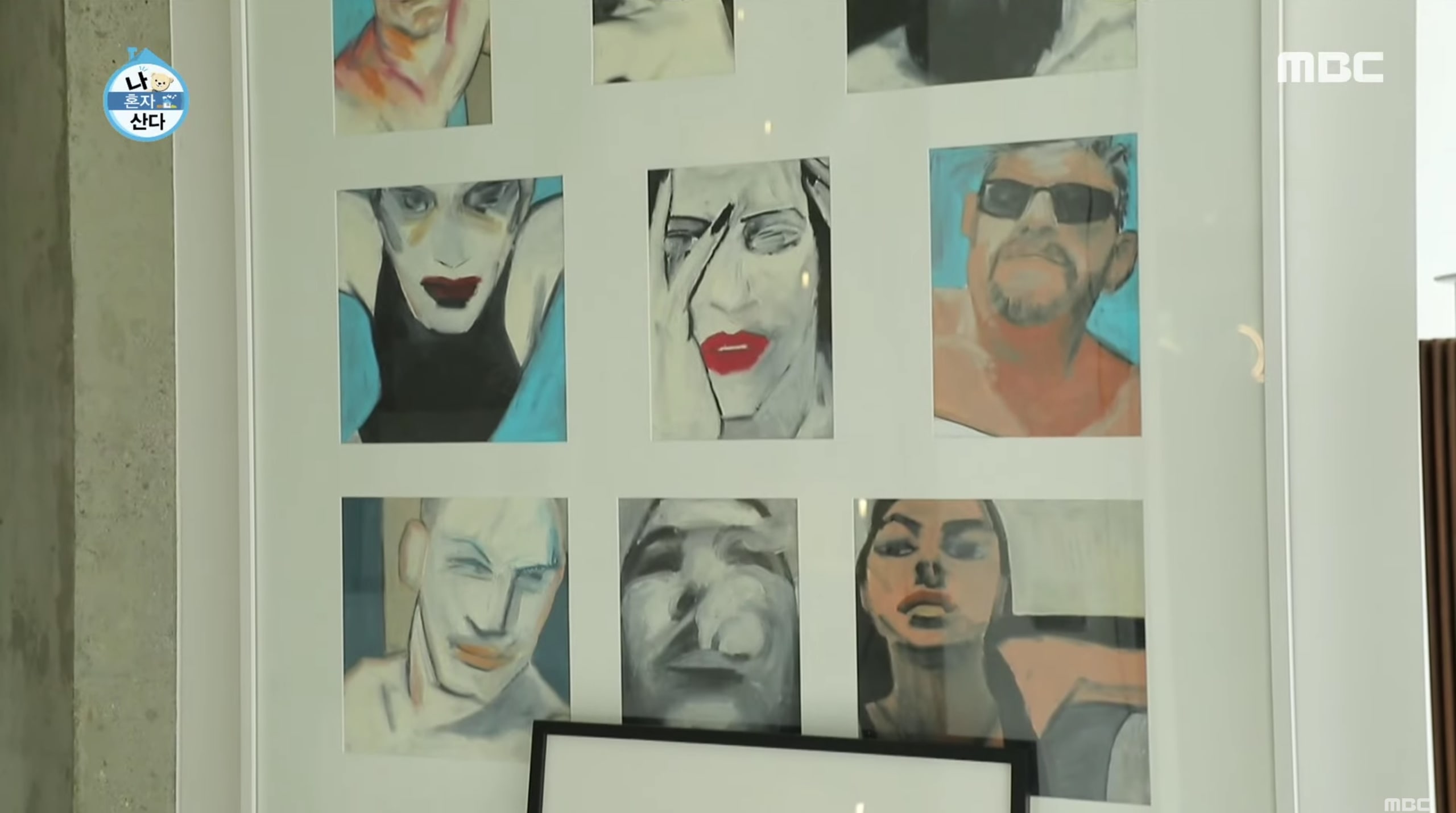 On the second floor is his main work space where he also has a bathroom dedicated to his cats. The third floor includes his bedroom, bathroom, and closet. 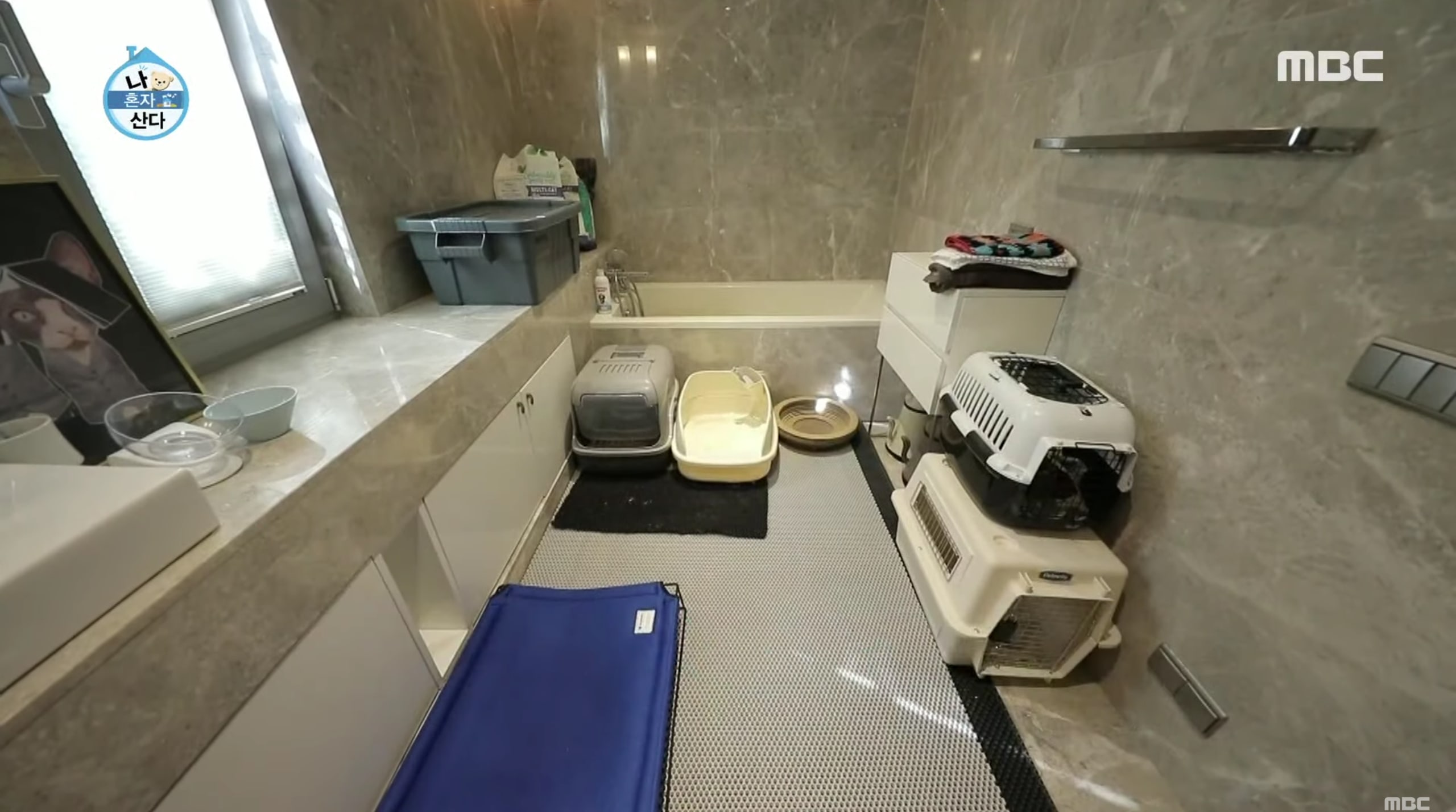 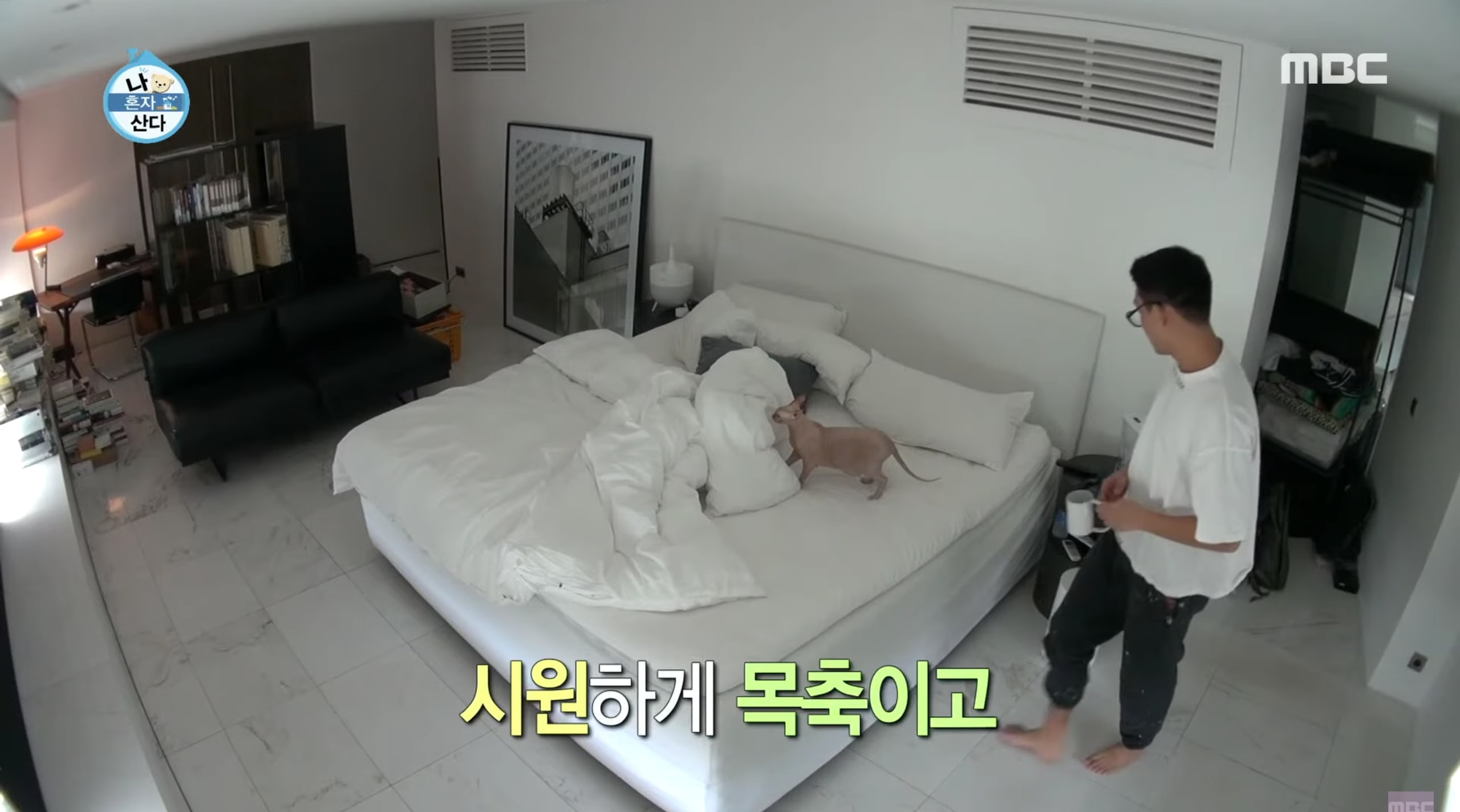 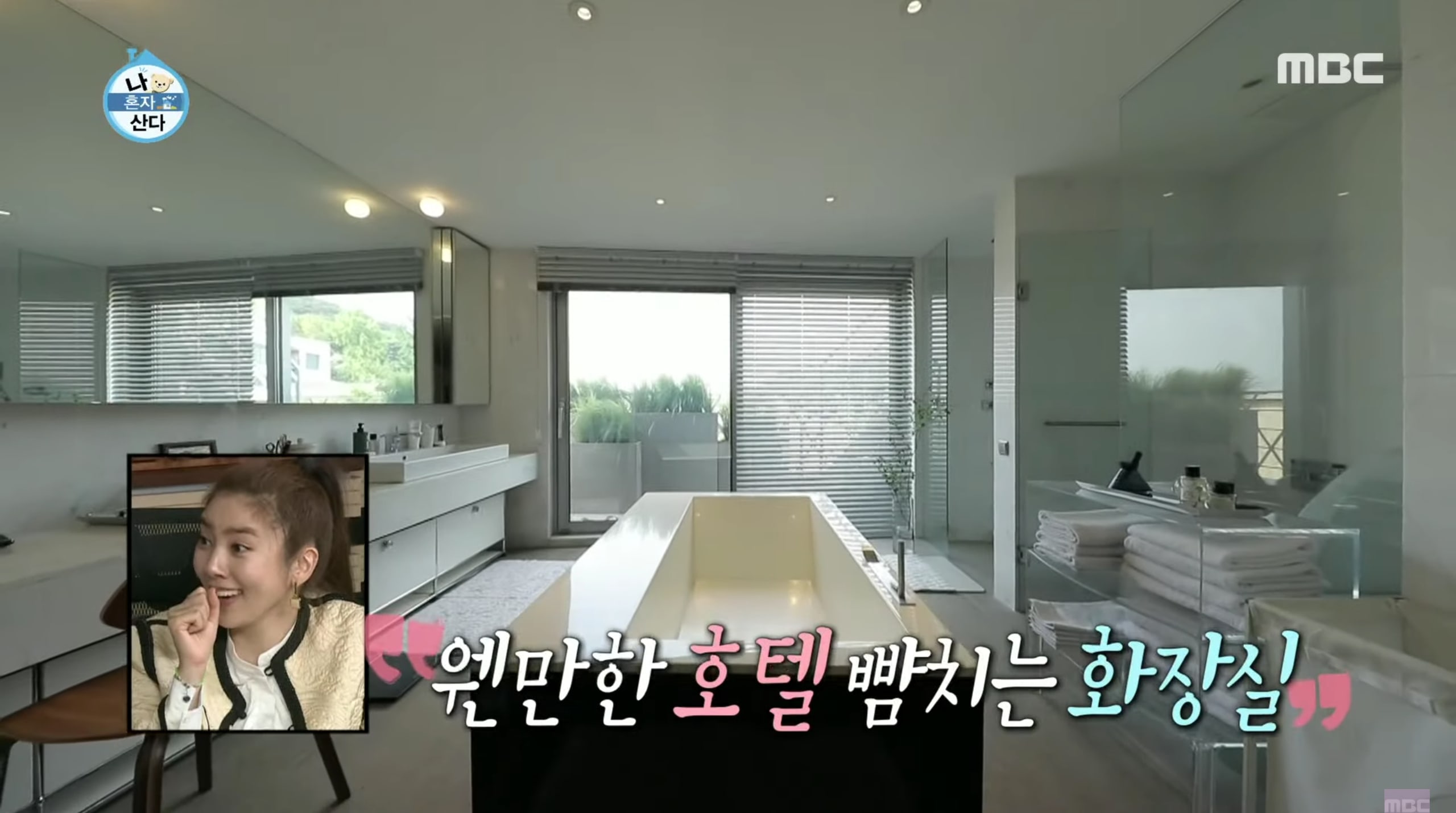 Given that his house is so tall, Yoo Ah In made everyone laugh by stating, “My knees have gotten really bad by going up and down these stairs for five years.” Going up even more stairs, he also showed off his small rooftop space where he shared that he does a lot of thinking. 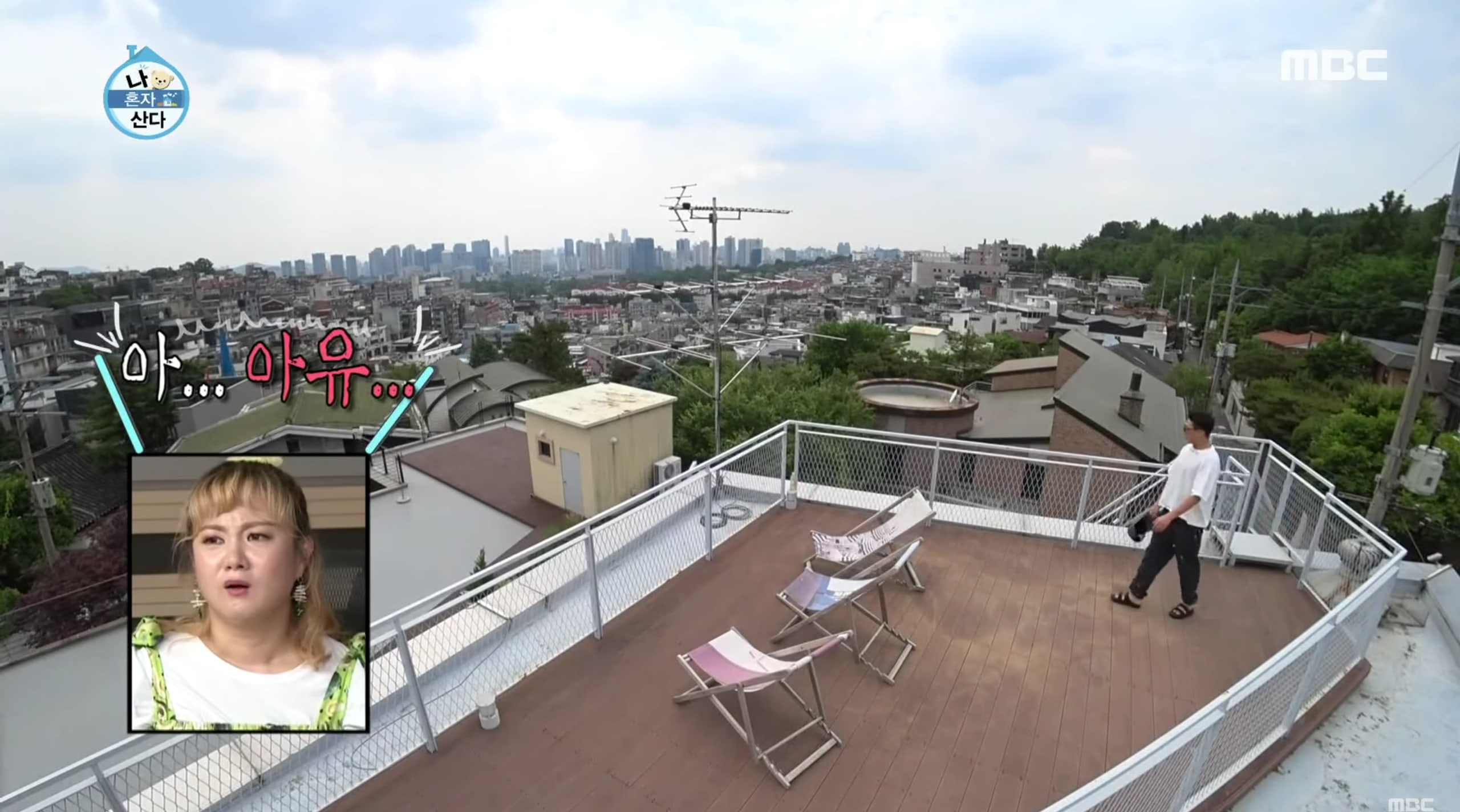 Yoo Ah In also introduced his pet cats Dobi and Jangbi. While watching himself play with his pets, the actor commented, “It’s strange to watch myself like this. It’s strange that I’m being so caring.”

He explained, “Before I met my cats, I had never even touched one. I used to only think of myself and I didn’t want to feel irresponsible or guilty so I just didn’t make instances where I needed to take responsibility.”

Later, Yoo Ah In took even more stairs to get to his basement parking garage before heading out to exercise. 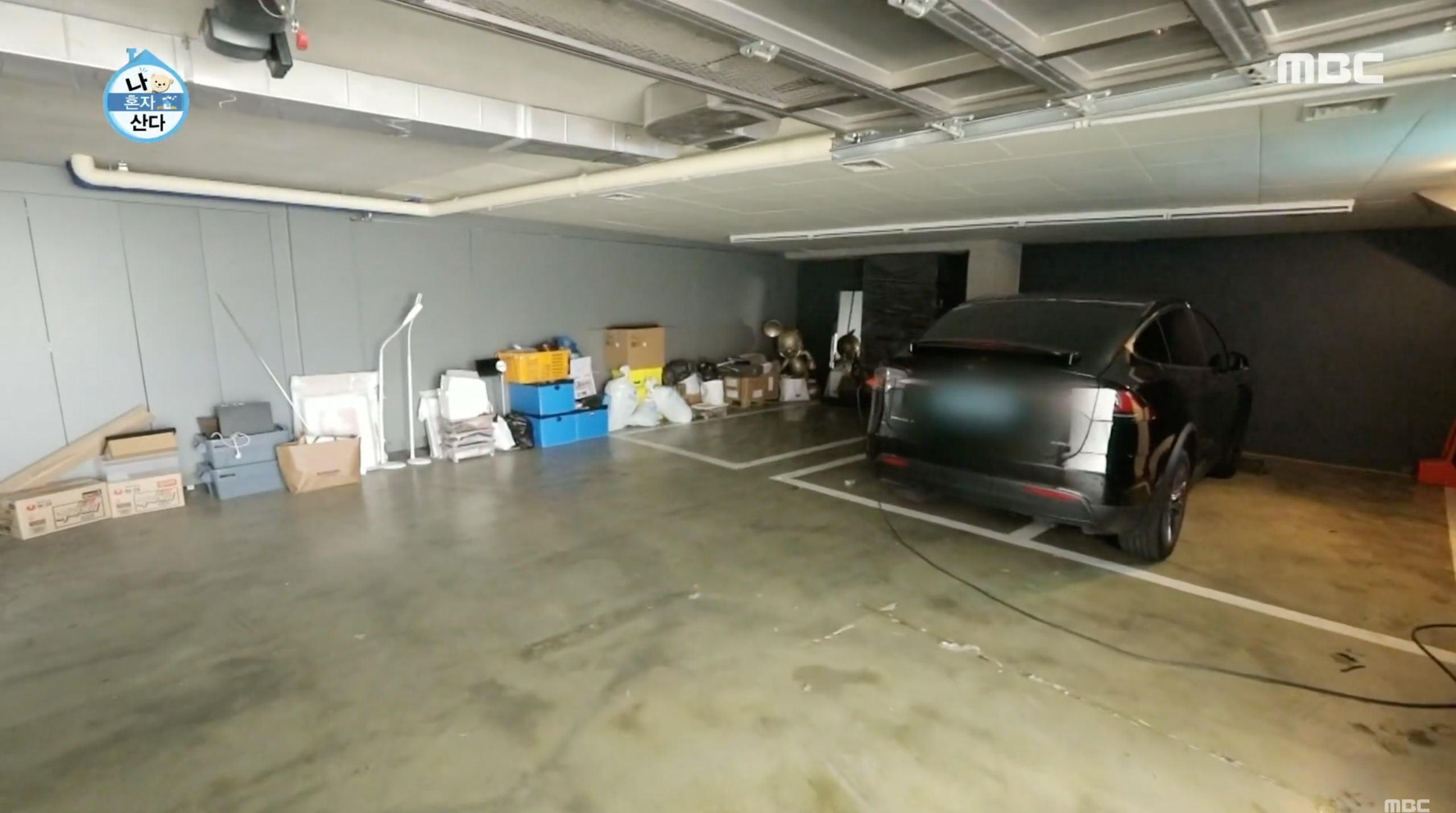 He shared, “This is an exercise I started recently. It became famous because Doctor Strange does it.” After watching the actor begin his exercise lying down, Lee Si Eon commented, “If this is the exercise, I could do it everyday.” Yoo Ah In explained, “It’s not as easy as it looks. We typically do a lot of forceful exercise using our body. But out of all the workouts I’ve tried, staying still is the hardest,” revealing that the exercise entails him to stay still for nearly an hour. 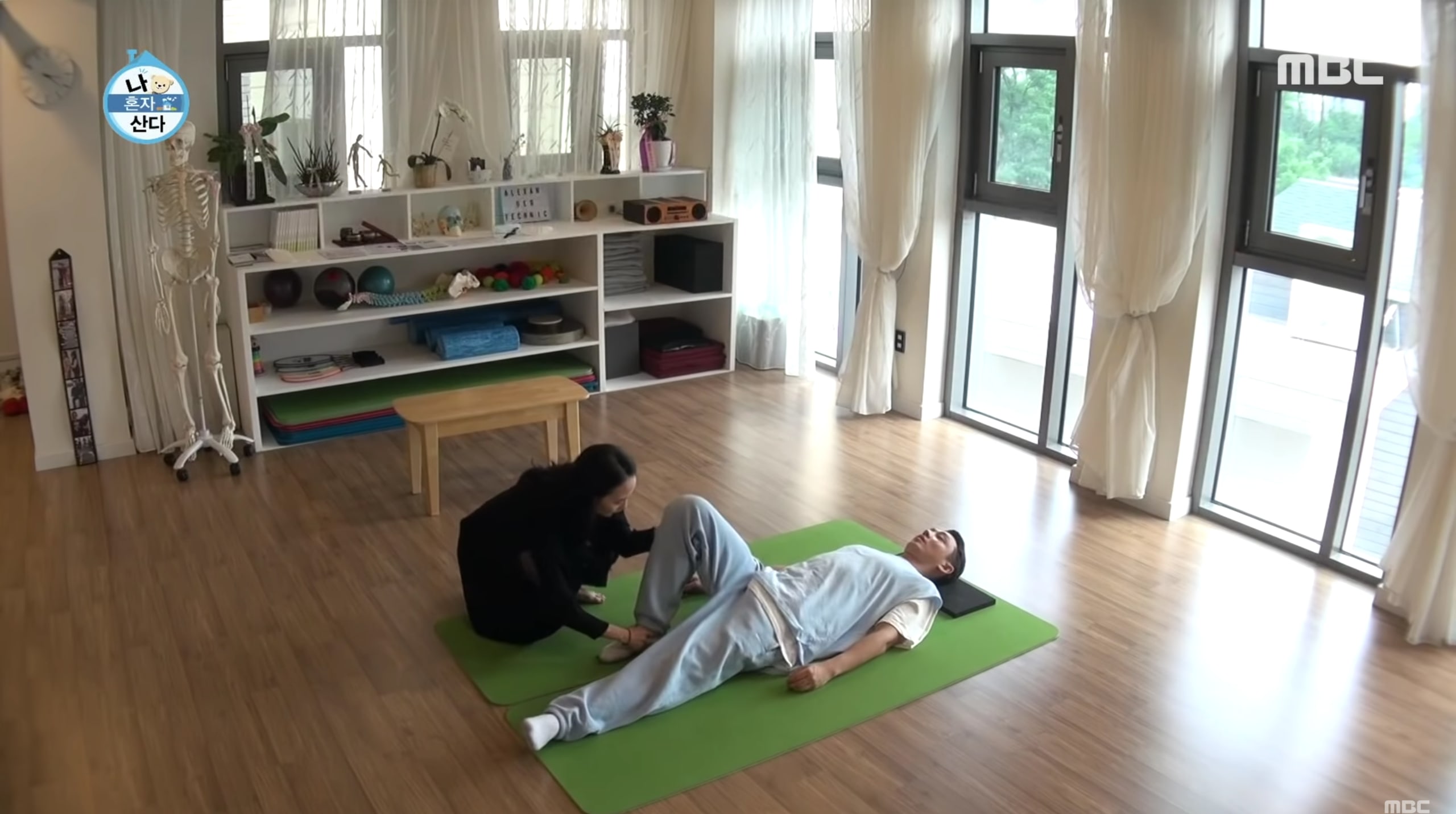 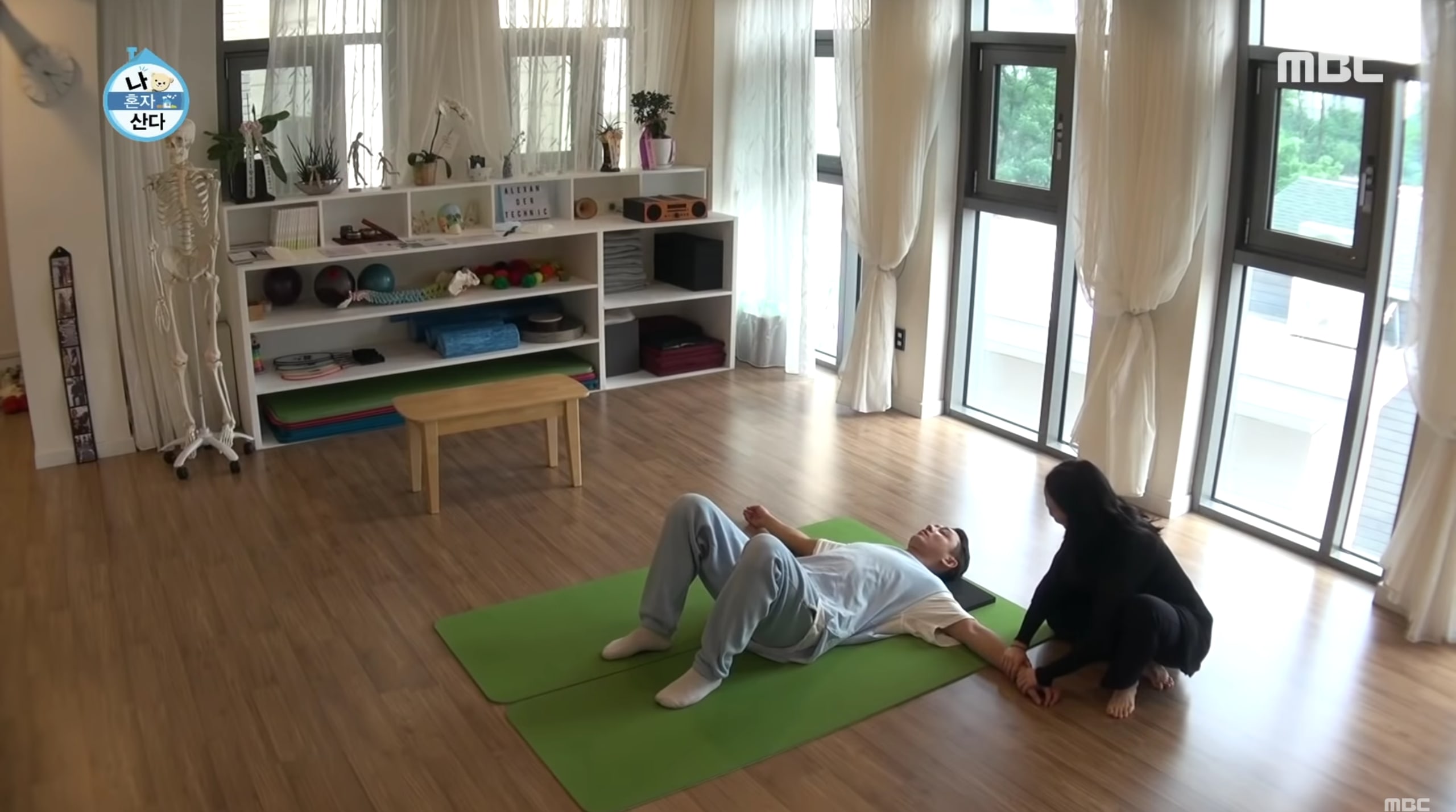 The exercise is aimed to relieve his anxiety, of which he spoke about in reference to award shows. Yoo Ah In remarked, “I felt nervous and sensitive at award shows. I’ve been receiving a lot of help mentally too.”

Following his exercise, Yoo Ah In went home to make dinner. As the actor repeatedly looked like he was staring into space, the cast members remarked, “You look like you’re going to cry” and “Aren’t you lonely?”

This week’s full episode of “Home Alone” will be available soon. In the meantime, watch the latest episode below!

Yoo Ah In
Home Alone
How does this article make you feel?