“My Love, Enlighten Me” is a romantic comedy drama starring Eleanor Lee as Nuan Nuan, a 22-year-idol trainee who is forced to restart her life after her girl group unexpectedly disbands before their debut. While struggling to find her post entertainment career, she crosses path with Han Chen (Leon Leong), a successful visual artist with an aloof personality and an impeccable memory. Fate intervenes and the two end up living in the same home. Initially, their relationship is adversarial, but Nuan Nuan and Han Chen slowly develop a fondness for each other. As their love begins to blossom, Nuan Nuan, who always had an aesthetic eye for clothing begins exploring a new career in the world of fashion.

If you’re looking for a fun and light summer watch, “My Love, Enlighten Me” is perfect for you. Check out these reasons why you should start watching the drama below!

A female lead you can root for 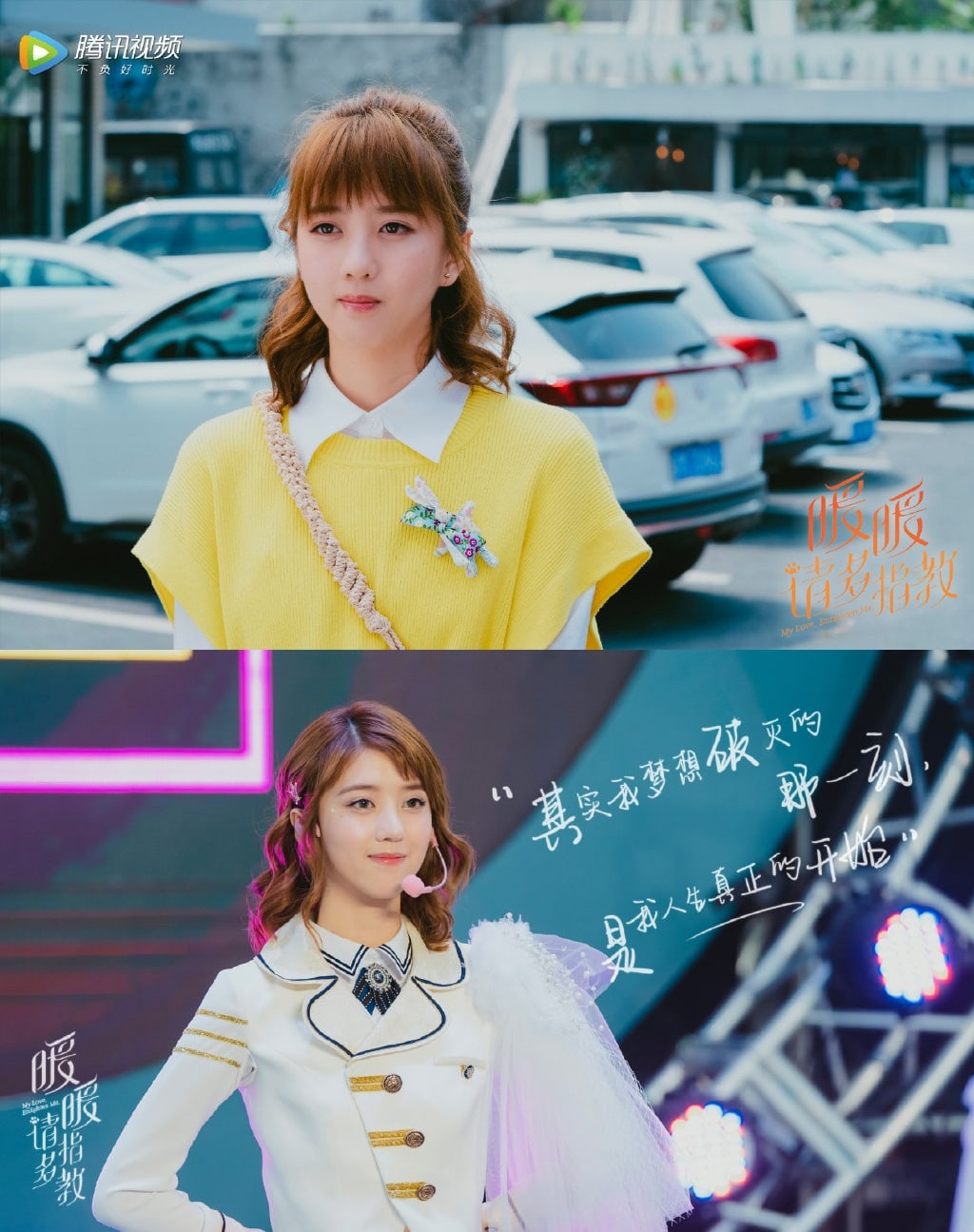 Our female lead Nuan Nuan is definitely the star of the show. After spending most of her life as a trainee, suddenly having to start all over again from the bottom is no huge feat. As a character, you can relate to her in many ways, as she struggled to figure out what she is good at and passionate about. Besides being a trainee for many years, Nuan Nuan has no work experience. Knowing she’s always had a keen eye for fashion, she gets a job as a sales associate at a retail store called HOCO. Over time, her talents are recognized and she is promoted to work in the marketing department at HOCO’s head office. Exploring her love of clothes, she transitions to work in the design department in the company.

Nuan Nuan’s personal growth and journey is a big highlight of the drama, and you can’t help but root for her to succeed as she overcomes many obstacles to chase her new found dreams. Her work ethic and never-ending perseverance is truly commendable. You’ll cheer for her success when she becomes a celebrity stylist and the CEO and creator of her own successful fashion styling app called “Beautiful You.”

Eleanor does a fantastic job portraying Nuan Nuan who is forced to reinvent herself after her original dreams are shattered. She has great comedic timing and perfectly brings out the quirkiness, adorableness, optimism, determination, and warmth of Nuan Nuan’s character. Eleanor is wonderful in portraying the various emotions of sadness, happiness, and frustrations that her character endures. She’s so cute and natural in her acting that you can’t picture Nuan Nuan being played by anyone else. 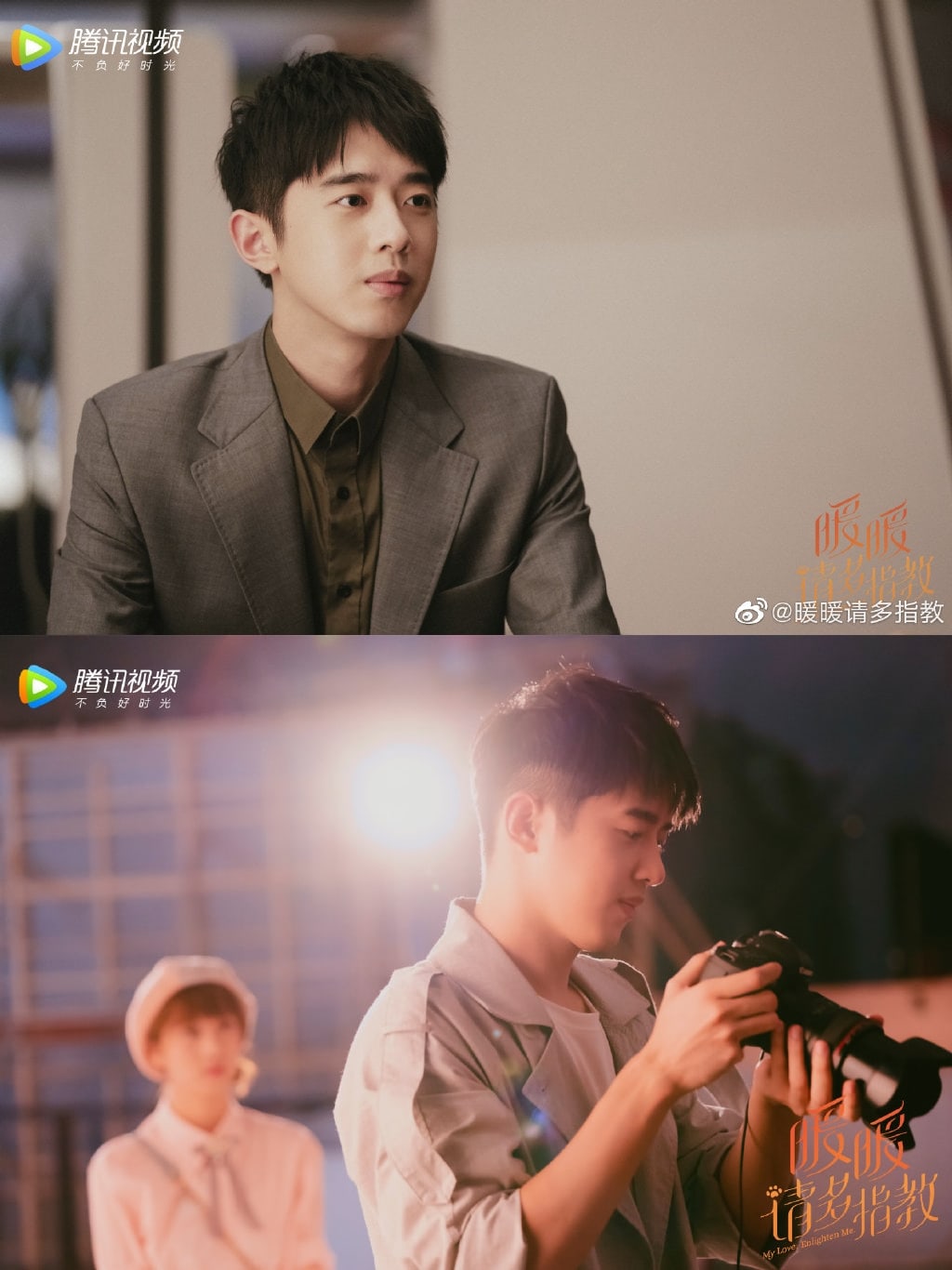 Avid drama fans will recognize Leon Leong from the smash hit 2018 remake of “Meteor Garden” as Mei Zuo. Leon is playing his first major lead role as Han Che, a prickly perfectionist and successful visual artist who suffers from hyperthymesia (a condition that leads people to be able to remember an abnormally large number of their life experiences in vivid detail). Due to his condition, he has a stoic personality and has OCD tendencies. Most people who don’t know him well will find him to be a difficult person to be around.

Underneath his cold exterior, Han Che is actually a warm and sweet guy. Although he inadvertently ruins Nuan Nuan’s entertainment career, he tries his best to make it up to her and in the process falls head over heels for her. He always puts her first and cherishes her deeply. He may not be the best at expressing himself, but you can tell his feelings and love for Nuan Nuan is genuinely sincere. 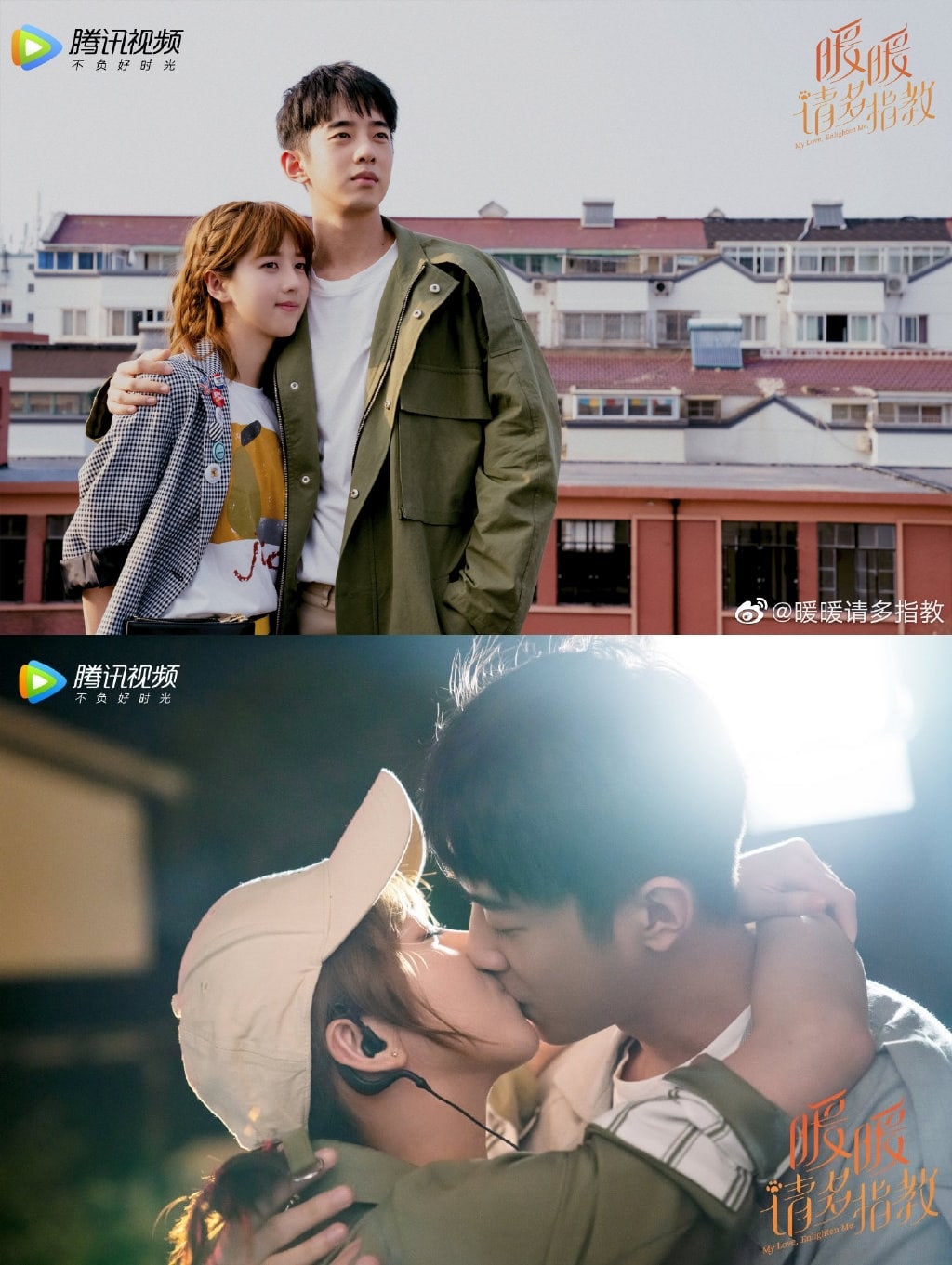 You can say Nuan Nuan and Han Che are complete opposites. Nuan Nuan is cheerful, bubbly, and easy going whereas Han Chen is aloof, moody, and self-disciplined. They’re an unlikely couple, but in a way they couldn’t be more perfect for each other as they appreciate each other’s great qualities and learn to accept each other’s flaws. They go through many ups-and-downs as a couple, from slight misunderstandings, health scares, career bumps, parental disapprovals, etc. Despite it all, our couple overcomes all their obstacles by always supporting and protecting each other through their toughest times. 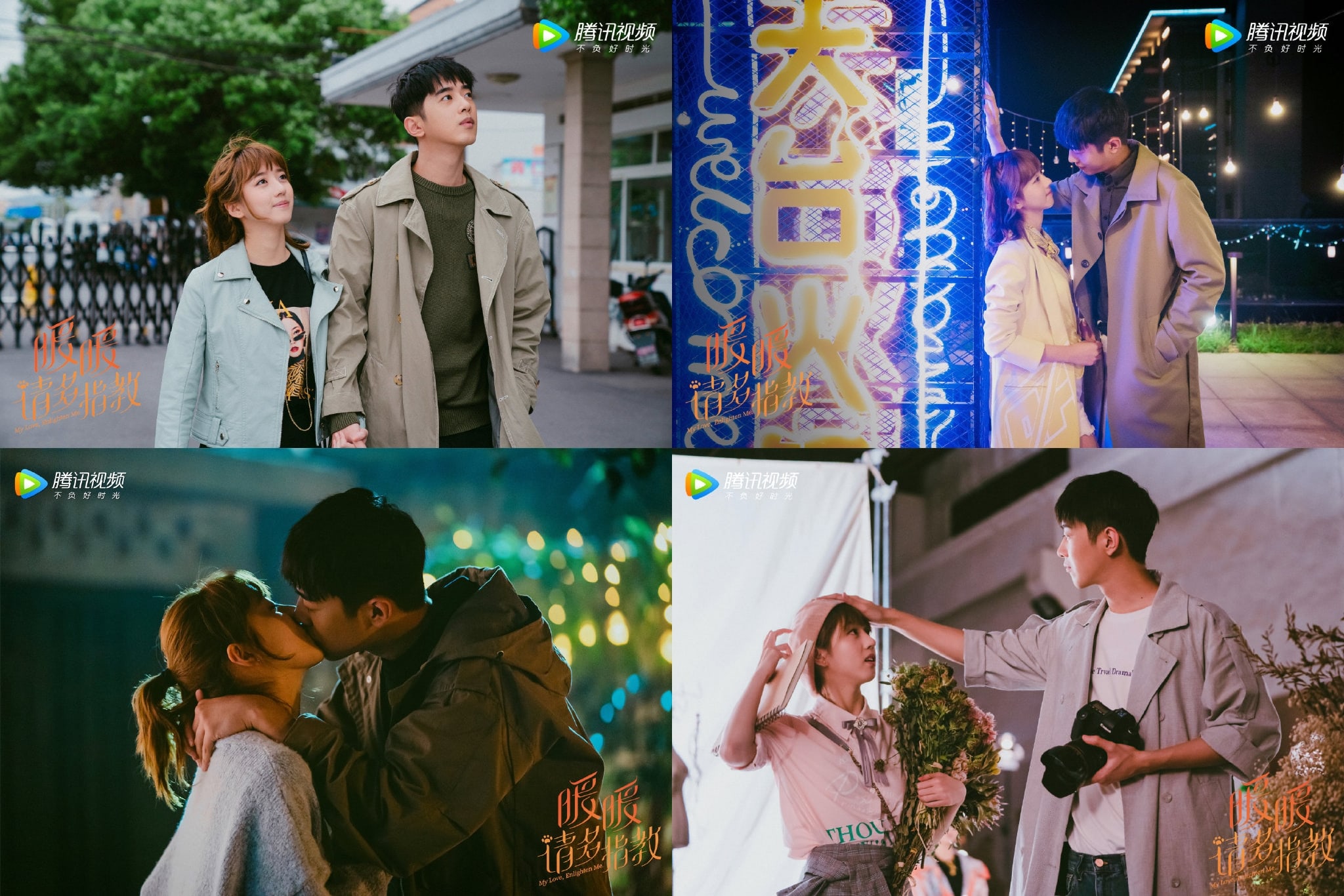 Eleanor and Leon have a natural incredible chemistry together – they simply radiate and sparkle when they’re onscreen. The way they look at each other with so much love and admiration is really sweet, and you simply can’t help but smile and gush as a viewer. Also, as a bonus, there’s plenty of kiss scenes between our OTP that you can look forward to seeing. 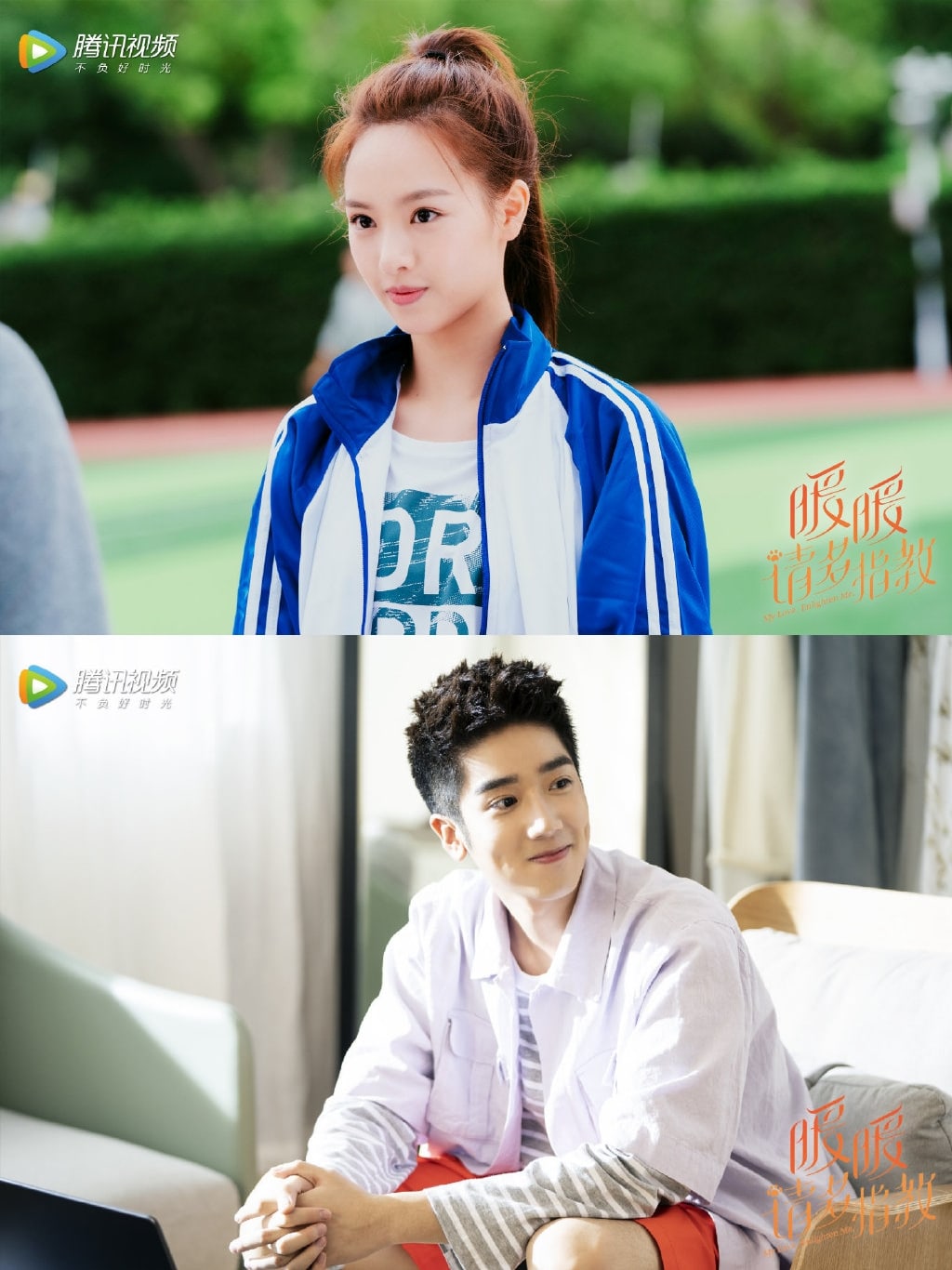 “My Love, Enlighten Me” also features a lovely supporting cast with many great characters. One of my favorites includes Han Xue, (Xiong Yu Ting) who plays Han Che’s older sister and Nuan Nuan’s best friend. I love her bold, spunky, and feisty personality. She’s a great and loyal best friend to Nuan Nuan, who’s always there for her when she needs a helping hand or an ear to listen. Another favorite is Gu Li (Li Ming Jun), who is Han Che’s best friend and right hand man. He’s an incredibly sweet and puppy-like guy whom you can’t help but fall in love with. 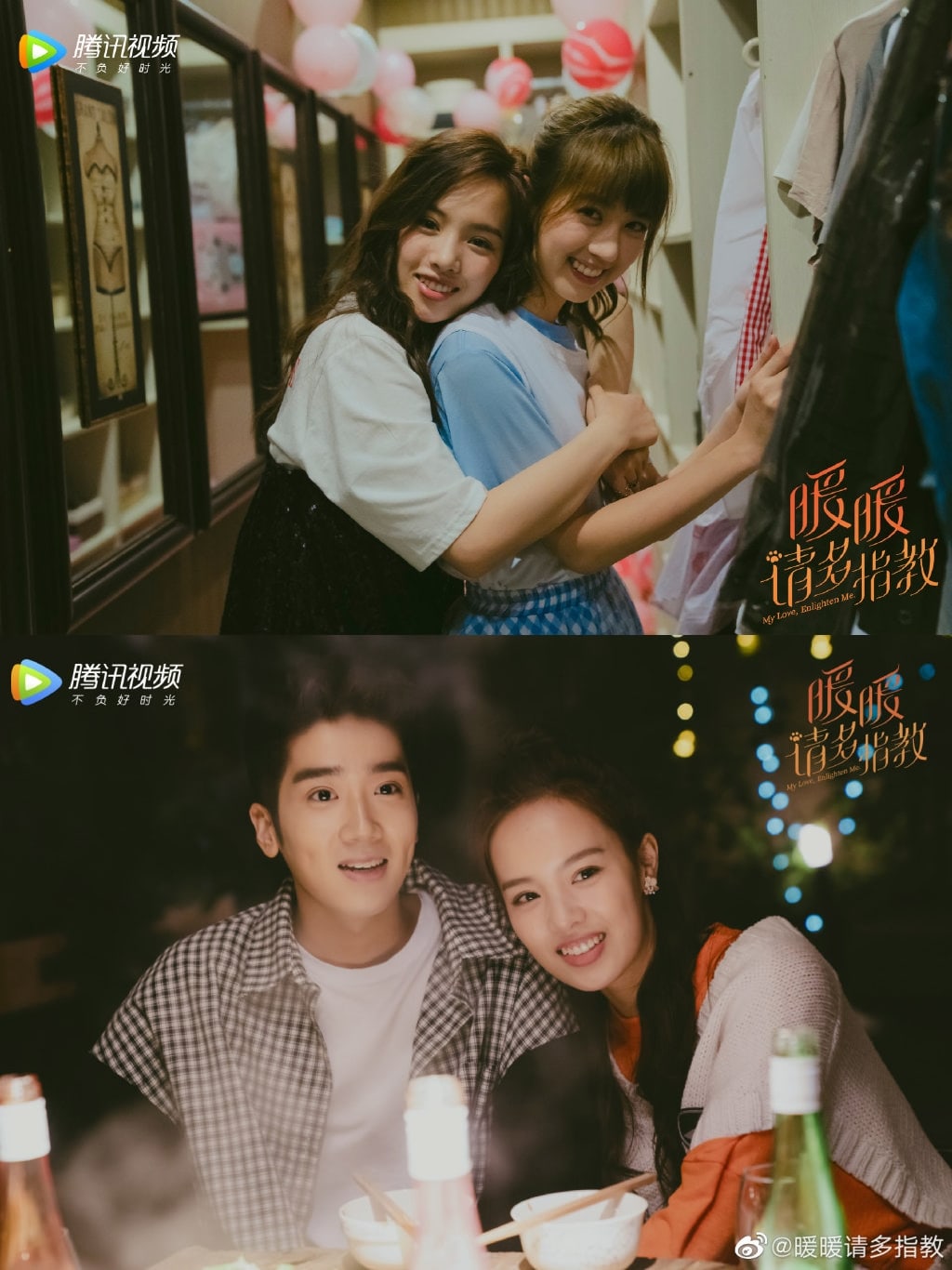 Han Xue and Gu Li are also our secondary couple in the drama. Gu Li always had a long-time crush on Han Xue and he makes it very obvious to everyone around him. Han Xue initially has a hard time accepting him, as she’s always seen him as a long-time childhood friend and a younger brother type. Gu Li is a wonderful, responsible, and sweet guy, and you’ll be rooting for him as he tries to win over Han Xue. They’re an adorable couple and have fantastic chemistry together.

Overall, “My Love, Enlighten Me” is an unexpected gem that you don’t want to miss out on. It has a strong and relatable lead you can root for and a sweet and fun romance that make it a joy to watch!

Start watching “My Love, Enlighten Me”:

Hey Soompiers, have you seen “My Love, Enlighten Me”? What other dramas are you currently watching this summer? Let me know in the comments below!

Currently watching: “Under the Power,” “Mr. Fox and Miss Rose,” “The Romance of Tiger and Rose,” and “My Dear Lady”
All-time favorite dramas: “Nirvana In Fire,” “Queen In Hyun’s Man,” “A Witch’s Romance,” “Love O2O,” “Skate Into Love” and “My Mr. Mermaid”
Looking forward to: “Symphony’s Romance,” “Go Ahead,” “Glory of the Special Forces,” and “The Oath of Love”