Super Junior’s Shindong Talks About Working With EXO, Red Velvet, NCT, And More As A Director

Super Junior’s Shindong made a surprise appearance on “Battle of the Musicians” as a music video director!

On the June 20 episode of KBS 2TV’s new variety show “Battle of the Musicians,” cast members Lee Sang Min, Kim Yo Han, Song Ga In, and Jessi visited SM Entertainment to meet with a music video director who had worked with many SM artists in the past. To everyone’s surprise, Shindong entered and introduced himself as the director. 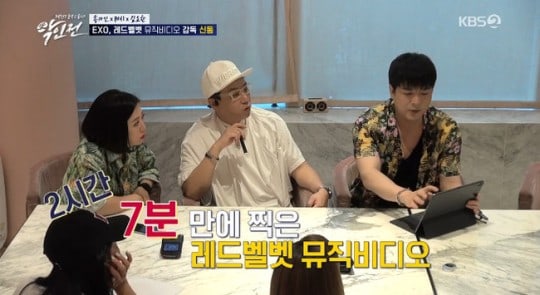 Shindong explained, “Many people don’t know yet that I work as a music video director. It’s because I wanted to receive acknowledgment [based solely on my skills], so I’ve been working without releasing my name.”

The singer went on to share that while he’s directed videos for many SM artists, including EXO, Red Velvet, and NCT 127, his video with the highest views was most likely Celeb Five‘s music video for their debut song “I Wanna Be A Celeb.”

As for his experience working with SM artists, he commented, “With EXO, instead of music videos, I worked on their comeback show,” referring to EXO’s comeback with “Obsession” and their impressive performance featuring two overlapping concepts. 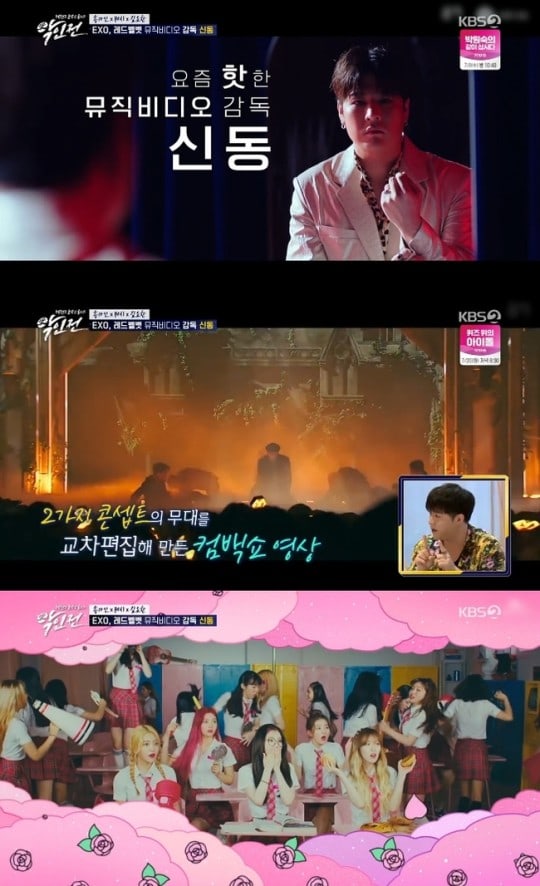 While filming music videos often takes an extremely long time, Shindong explained what he does when an artist is short on time. The cast members expressed shock that he was able to film a video in less than two hours, but he surprised them once more by revealing that he filmed one of Red Velvet’s music videos in only seven minutes.

Describing the production process for Red Velvet’s unique “Rebirth” music video, Shindong remarked, “It was filmed in one take using a high-speed camera.”

Red Velvet
EXO
Super Junior
Shindong
Battle of the Musicians
How does this article make you feel?