JYP Entertainment founder Park Jin Young showed his heartfelt support for Yubin as she made a fresh start as a CEO!

Earlier this year, the former Wonder Girls member amicably parted ways with her longtime agency JYP Entertainment and set out to establish her own company. As the CEO of the newly founded rrr Entertainment, Yubin is not only overseeing her own solo activities but has also signed her former bandmate Hyerim to the agency.

On the June 20 episode of tvN’s reality show “On and Off,” Yubin gave viewers a glimpse of her everyday life as a CEO. After holding a meeting at her agency, she took some time to chat with her mentor Park Jin Young over the phone.

Yubin affectionately asked Park Jin Young how he was doing, and the singer-producer replied with a laugh, “I’m sitting in the recording studio as always.” She went on to share, “I just moved into my new office today,” and Park Jin Young excitedly replied, “Really? I haven’t been able to visit!” Yubin told him, “I just moved today. [You can stop by] whenever you have some free time, since I know you’re busy.”

Park Jin Young declared, “Then I’ll send you a large screen right away. I’ll send you the newest model.” He went on to joke, “But I’m going to write ‘JYP’ in the bottom right corner. People need to know that JYP sent the TV.” 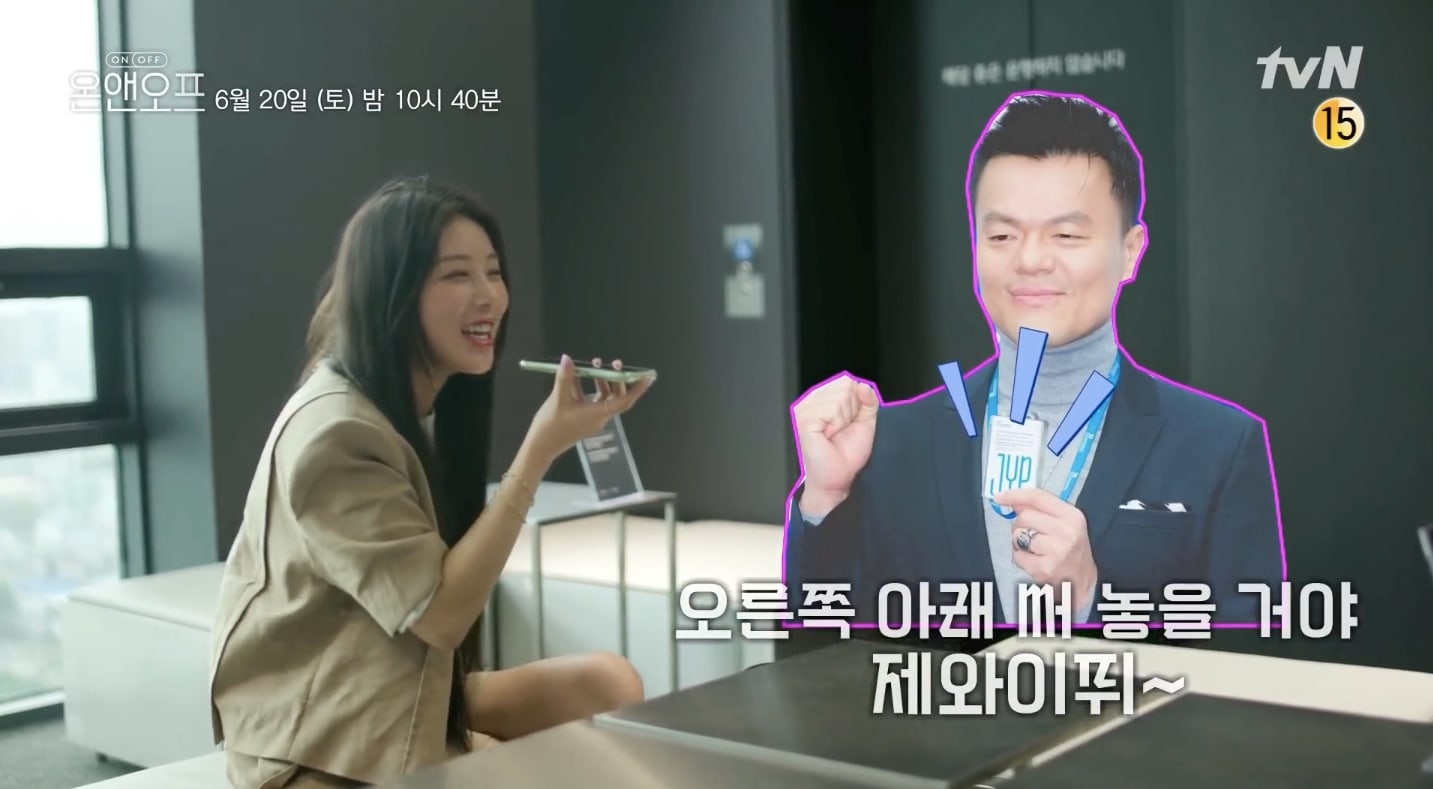 The producer asked Yubin how many employees she had at the moment, and she replied, “There’s a total of nine employees [including me].” Park Jin Young remarked with a worried sigh, “It’s not easy running your own agency, is it? But you’ll learn a lot from it, no matter what. The fact that you tried establishing your own company will be a huge help to you for the rest of your life, no matter what you end up doing.”

He continued, “Everything you’re going to experience in the next few years, whether you end up seeing good or bad results, will become an incredibly huge advantage for you for the rest of your life.”

Yubin thanked Park Jin Young for his help in making it possible for her to establish her own agency, adding, “It hasn’t been that long since I established the company, but I’ve already realized and learned so much.”

Park Jin Young responded by worrying, “But the thing is, [a CEO] needs to be tough and vicious, and you’re not like that at all. When running a company, you have to be cold to other people when a situation requires coldness, even if you feel bad about it. Otherwise, you won’t be able to run the company.” 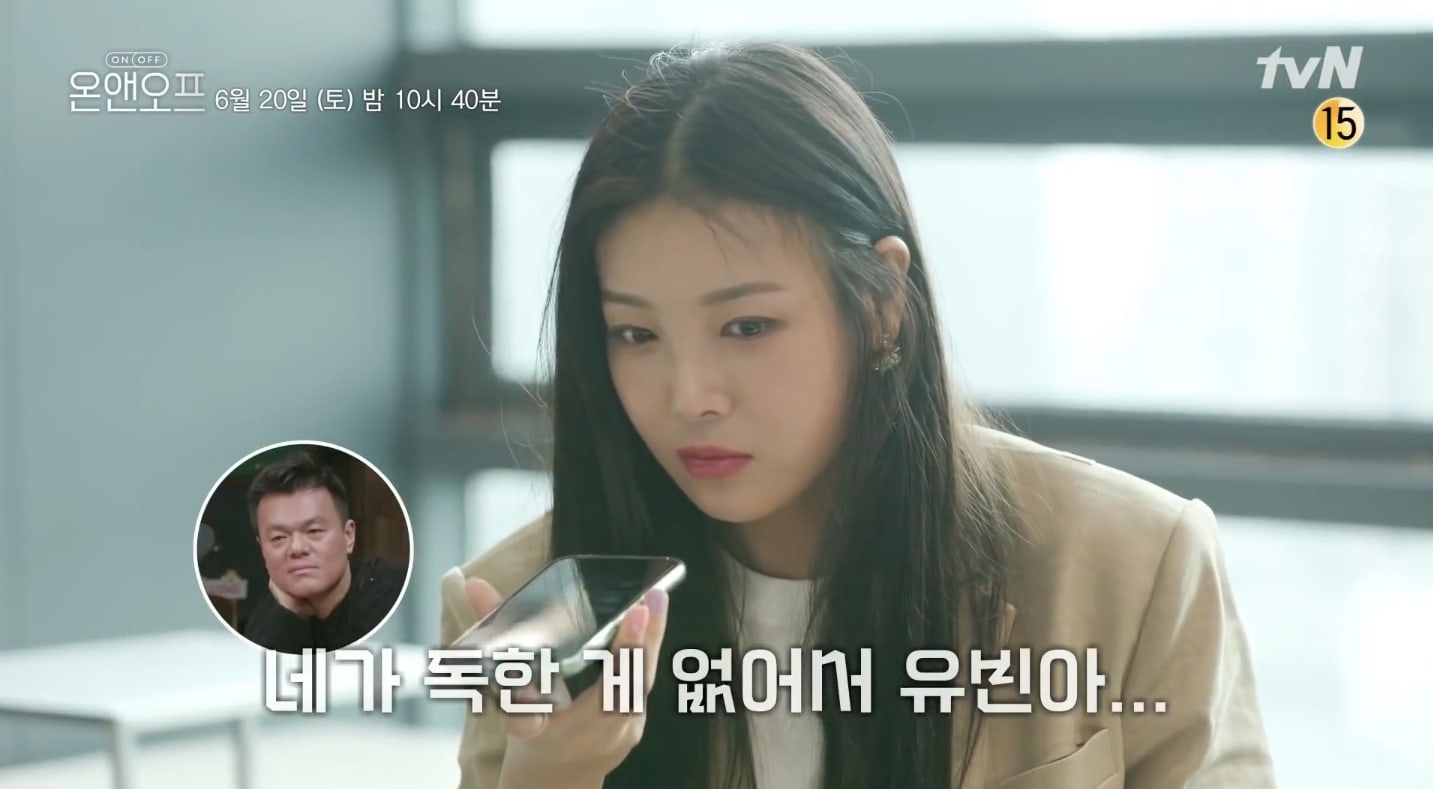 When Yubin apologized for having made Park Jin Young worry while she was still an artist at his agency, the JYP founder replied fondly, “There’s no one in the world who’s kinder than Yubin.” Unable to stop worrying about his protégé, he asked with concern, “How is our kind Yubin going to pay eight people’s salaries from now on? This is driving me crazy.”

Before hanging up, Park Jin Young reminded Yubin, “Don’t buy a TV; I’m going to send you one.” He added, “Let’s grab a beer outside sometime,” and Yubin happily agreed, “Yes, I’d like that.” 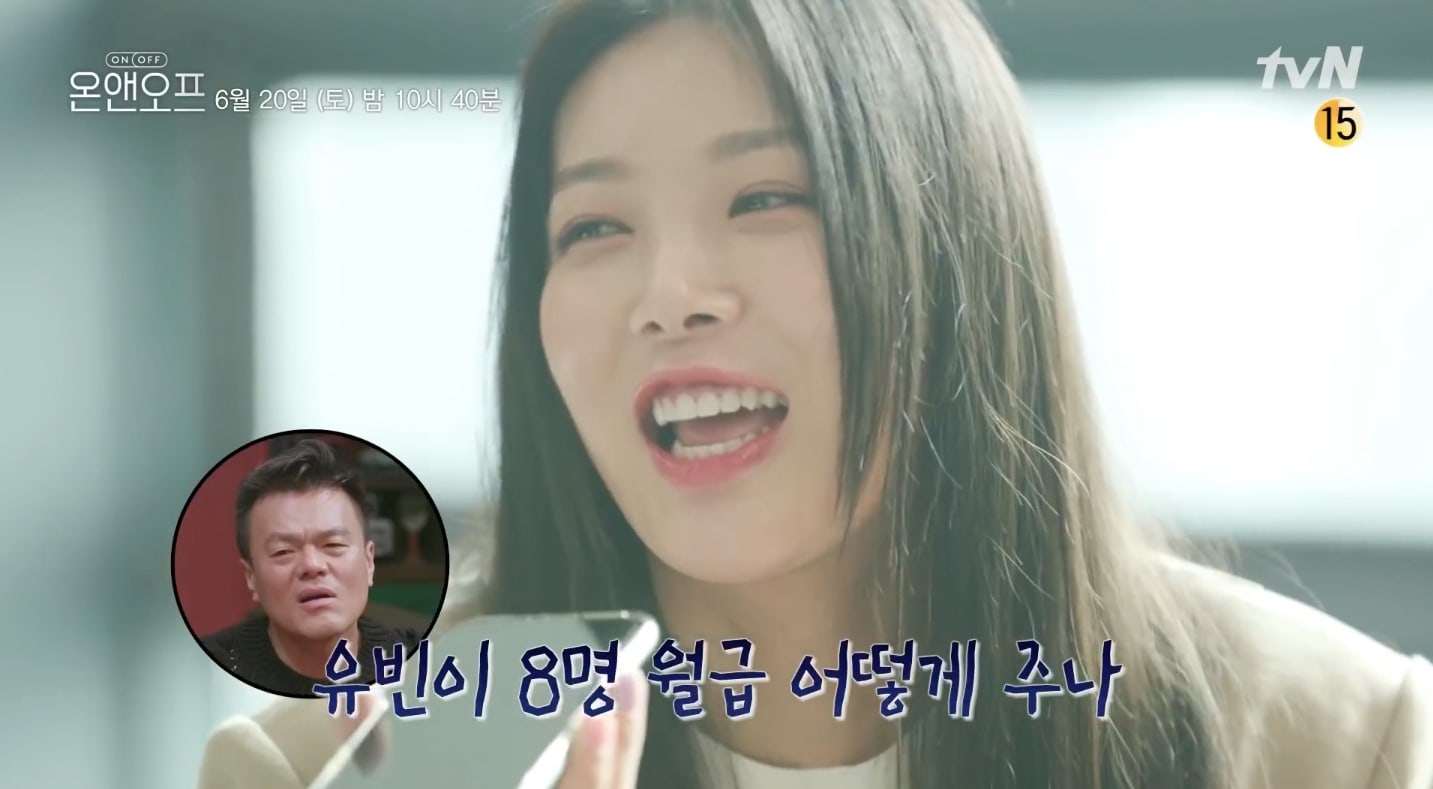 Yubin recently made a comeback with the new single “yaya (ME TIME).” Check out her music video for the song here!

Park Jin Young
Yubin
How does this article make you feel?