Fun And Breezy: 5 Reasons To Watch C-Drama “The Romance Of Tiger And Rose”

“The Romance of Tiger and Rose” is a fun and light-hearted time-traveling romantic comedy.

Drama scriptwriter Chen Xiao Qian (Zhao Lu Si) wakes up to find herself in the script that she wrote. She is now Chen Qian Qian, the arrogant and unlikeable third princess in Huayuan City. To make things worse, Qian Qian is just a minor character who dies early in Xiao Qian’s story. Xiao Qian believes that she will only be able to return to her world when the story ends. To do that, she has to make sure the original leads of her story, Han Shuo (Ding Yu Xi) and Chen Chu Chu (Zhou Zi Xin), fall in love with each other. Little does she know that her appearance has already changed the course of the story.

If you’re looking for something sweet and funny, “The Romance of Tiger and Rose” is perfect for you! Including a refreshing setup, a hilarious and engaging storyline, and endearing characters, here are five reasons why you should not miss this drama!

Xiao Qian created two vastly different cities in her story. The male lead, Han Shuo, is the Prince of Xuanhu City, a traditional patriarchal city. After Xuanhu City loses a battle to Huayuan City, he is sent to Huayuan City.

Huayuan City, on the other hand, is a matriarchal society where the women run the city. In this city, the traditional roles of men and women are switched. Men are not allowed to go to school or be involved in politics. And the biggest wish for any man is to marry a good woman. Sound familiar? Well, the drama pokes fun at the absurdity of traditional gender roles by playing up the role reversal. It is refreshing and a fantastic setup for comedic situations in the drama! 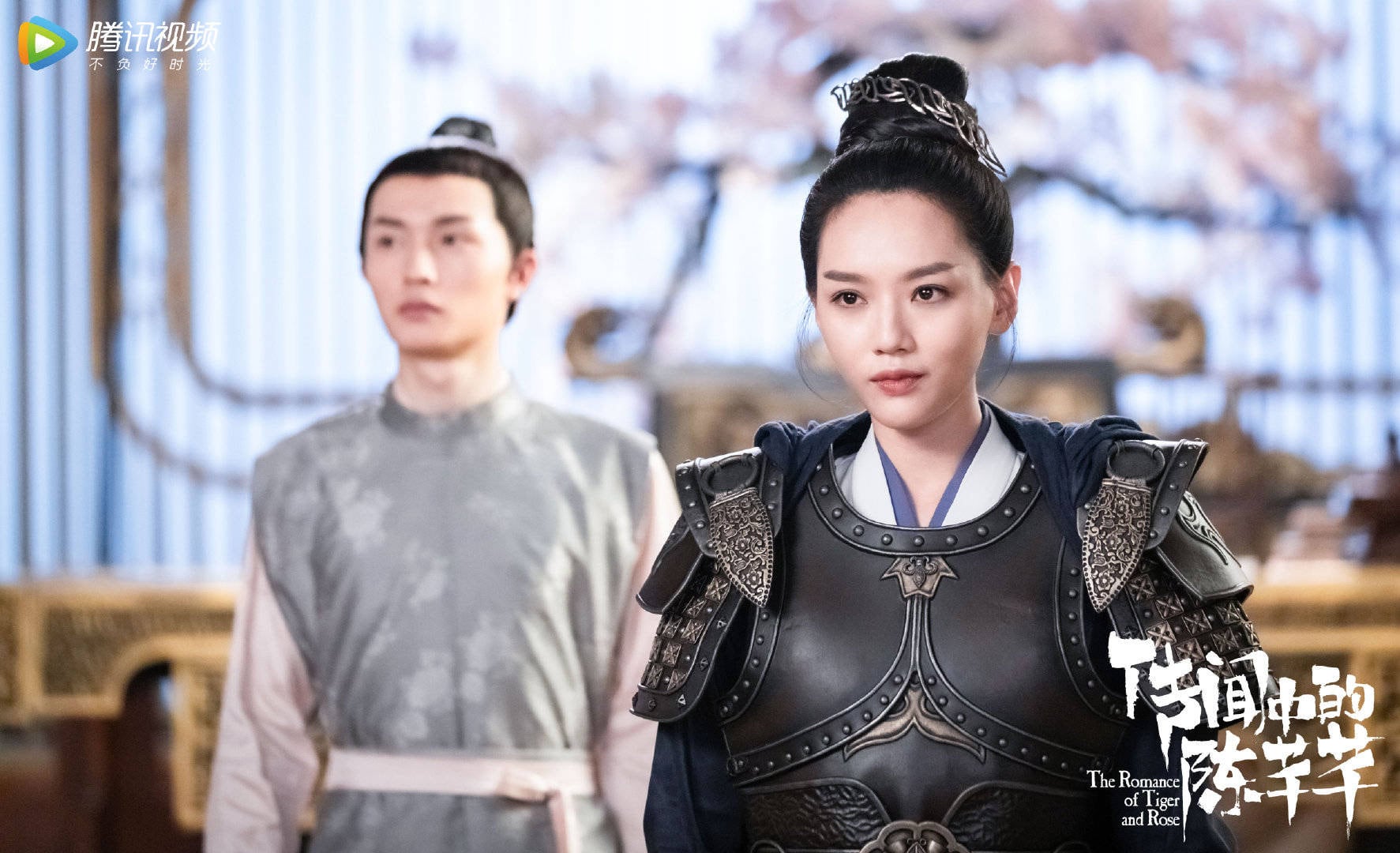 Having the scriptwriter time-travel to the world she created definitely creates a lot of laugh-out-loud moments for the drama. It is very meta too! Qian Qian is constantly breaking the fourth wall to lament about plot devices and terrible drama tropes that she used in her script. She often makes references to popular modern slang that confuses the other characters.

As the writer of the story, Qian Qian believes that she knows what is going on and what should happen. Thus while she has good intentions for everyone, she soon realizes that she has no control over who they love and how they think.

Character wise, Qian Qian is empathetic, lively, and mischievous. Though she is smart, Qian Qian is clueless about romantic love. She is oblivious to the romantic cues from our male lead who is constantly looking at her with puppy eyes. The actress, Zhao Lu Si, is perfect in the role. She is so effortlessly charming, and there’s just something about her that lights up the scene when she comes on!

At the start of the drama, Han Shuo is ambitious and determined to destroy Qian Qian’s city and get rid of Qian Qian in order to marry her sister, Chu Chu, who is the supposed successor of the throne. Despite his initial determination, as soon as he falls for Qian Qian, boy does he fall hard. The way he looks at her is absolutely swoon-worthy. In every scene, he literally only has eyes for Qian Qian.

While he looks menacing in the first episode, with his grand plans and all, he is really just a softie at heart. He puts off his plan to destroy Huayuan city because he knows Qian Qian will hate him if he does that. From his little to grand gestures of love, Han Shuo will definitely make your heart flutter.

Qian Qian and Han Shuo are both amazing in their own right, but together, they are simply the best!

Right from the start, Qian Qian has two goals. The first is to make sure Han Shuo falls for Chu Chu, as the original script had intended. The second is to avoid being poisoned by Han Shuo. Qian Qian, who is fully aware of Han Shuo’s ambitions, tries her best to be nice to Han Shuo so that he doesn’t, you know, kill her. But her misleading actions propel Han Shuo to fall in love with her instead. And here’s where it gets really funny, because while Han Shuo is all about the romance and interpreting Qian Qian’s actions as romantic feelings towards him, Qian Qian is busy trying to make sure that everything goes according to plan so that she can return to her world.

The lovestruck male lead and the clueless female lead pairing really works. I love the setup for their relationship and their natural chemistry with each other. It’s so nice to have a male lead who is openly head-over-heels in love, a 180-degree turn from what you might have originally expected. They are so ridiculously adorable and sweet together, it is impossible to not smile when you look at them!

The solid acting by the cast really elevates the story too! The main leads are both very expressive actors, and they totally embody their characters. They have awesome comedic timing and amazing chemistry with each other, and their magnetic acting draws you into the story and makes you believe in their romance.

The supporting cast is great too! My favorite supporting characters are Han Shuo’s and Qian Qian’s servants, Bai Ji and Zi Rui. Apart from being entertaining comic relief, I love the relationship they have with their respective masters. Bai Ji just wants to get on with their mission to destroy Huayuan City, but Han Shuo is too love-struck to focus on it, while Zi Rui is like a little puppy, loyal and peppy. Both of them are not the smartest, but they are absolutely hilarious to watch.

There’s just so much to love about “The Romance of Tiger and Rose.” Good pacing, refreshing setup, and a fun plot. With only 24 episodes, it is the perfect drama for a cosy weekend in. Give it a go!

Watch the first episode of “The Romance of Tiger and Rose” now:

Soompi Spotlight
The Romance of Tiger and Rose
Zhao Lu Si
Ding Yu Xi
How does this article make you feel?