Jang Do Yeon talked about her love life on the latest episode of “My Ugly Duckling”!

The comedienne appeared as a special MC on the June 21 broadcast of the SBS reality show, where the panel of celebrity moms showered her with praise and described her as an ideal daughter-in-law.

Seo Jang Hoon asked Jang Do Yeon how she would feel about dating someone 15 years older than her, like comedian Park Soo Hong. She wittily replied, “I always say this, but a man’s age isn’t important to me. Anyone who’s older than a minor and hasn’t hit 60 yet is fine by me.” 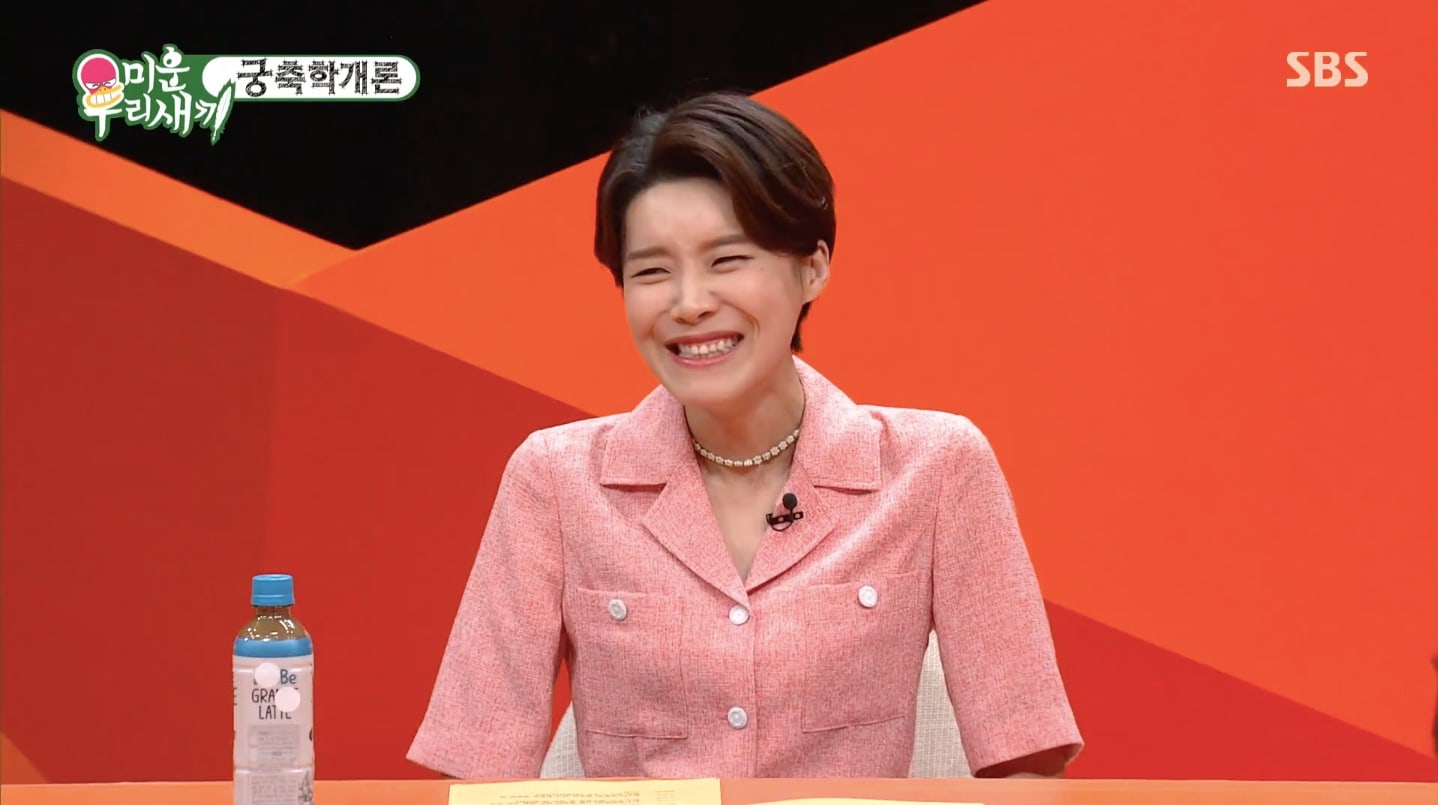 The MCs then asked the comedienne about being hit on by other celebrities, and she joked, “I’ve been bragging about this to people. Occasionally, there are people who are attracted to my unusual charms.” She went on to pique everyone’s curiosity by adding, “There have been both singers and actors.”

Jang Do Yeon also shared the unfortunate story of her first kiss, which took place when she was 26 years old (by Korean reckoning). Revealing that the kiss happened three years before her first relationship, Jang Do Yeon remarked, “You know how hot-blooded young men and women can sometimes express their feelings after having a drink or two.”

She then cracked everyone up with her unique description of how the kiss didn’t lead to a relationship, commenting, “Essentially, that guy ‘dined and dashed.'”

“I had feelings for him,” she explained, “and I guess he was in a good mood after having a drink. But when he woke up [from the alcohol], something didn’t add up for him, I guess. It was unfortunate, but it’s still a precious memory for me.”

When asked whether she was more of a wily “fox” or a dense “bear” while dating, Jang Do Yeon replied, “I don’t think I’m the clever fox type, but I don’t think I’m a bear either. If I had to compare myself to an animal, I’d pick a dog. I’m very loyal, and I only pay attention to my owner. But if I’m betrayed, I’ll bite.” 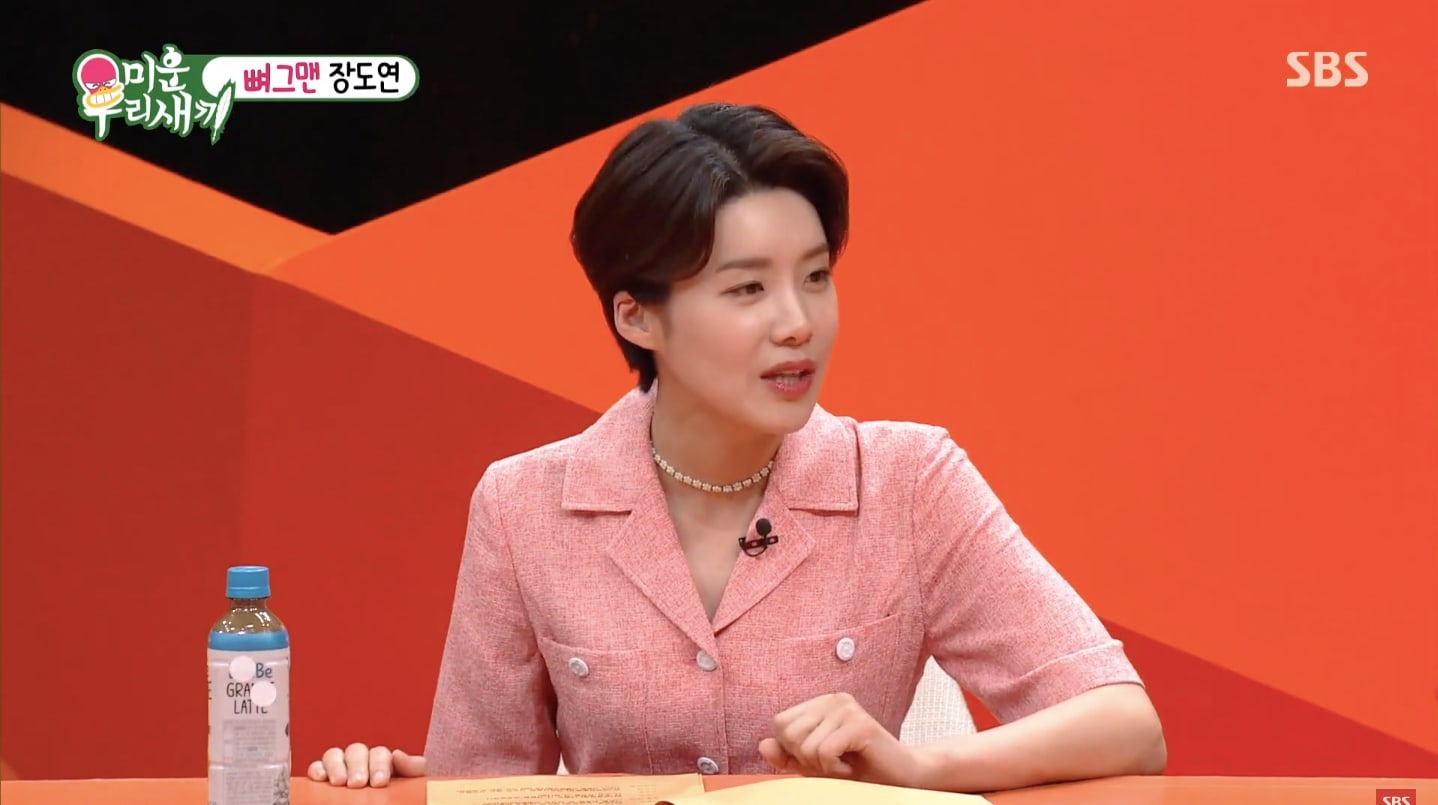 The latest episode of “My Ugly Duckling” will soon be available with English subtitles on Viki. In the meantime, catch up on last week’s episode of the show below!

Jang Do Yeon
My Ugly Duckling
How does this article make you feel?