SEVENTEEN premiered their new tracks through an Mnet comeback show!

On June 22, the group made a return with their seventh mini album “Heng:garæ” and its title track “Left & Right.” On an Mnet comeback show that evening, SEVENTEEN performed songs from their mini album for the very first time.

As part of the show, they also took a trip down memory lane. They first went to a kimchi stew restaurant that they used to go to a lot as trainees, and the members said, “It’s not exactly the same as it was before, but it still has the same atmosphere as back then. We used to come here if we got hungry after singing practise.” 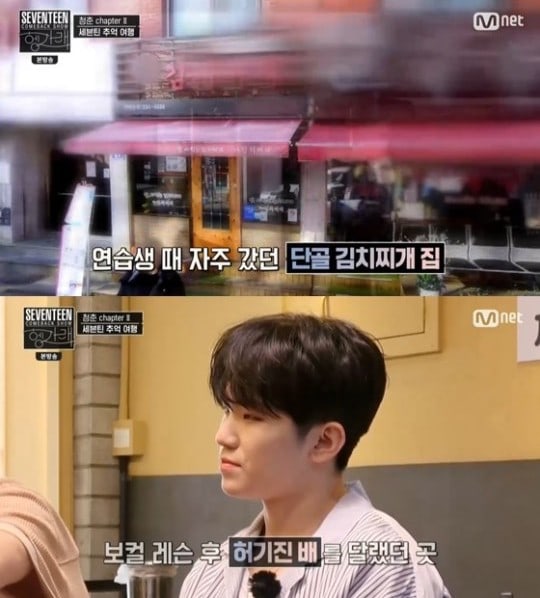 They next went to an acting school that Jeonghan had attended before he became a SEVENTEEN member. Jeonghan was happy to meet his old teacher but yelled when he found out they still had videos of him from before his debut. 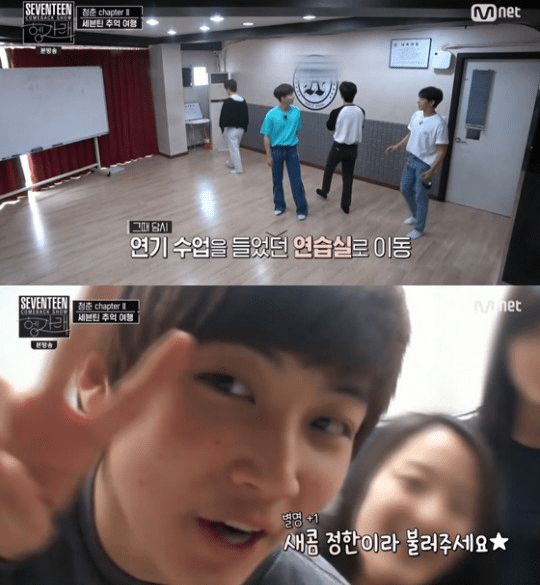 The group also visited the venue where they’d held their first concert. DK reminisced about their “MANSAE” promotions in 2015 and said, “I think that back then, I laid down my life during each and every performance. I thought of it as an extension of being a trainee. It was tough.”

The members then got a surprise as they were gifted with messages from their fans on screen. They were touched by their fans’ words and said, “We’re here because of all of you. We hope that the album ‘Heng:garæ’ will be a source of strength and support for many people.”

During the special, SEVENTEEN performed their new tracks “Left & Right,” “Fearless,” and “My My” off their new album for the first time. They also staged a performance of “HIT” and performed “MANSAE” with new choreography!