The new stills show Park Hae Jin and Kim Eung Soo enduring the hot weather on the filming set. In one still, Park Hae Jin leans over Kim Eung Soo’s shoulder as they check the footage. Kim Eung Soo holds a fan in one hand while the two actors carry out their rehearsal. Their passionate expressions are enough to make one wonder if this is really just a rehearsal and not the actual filming. 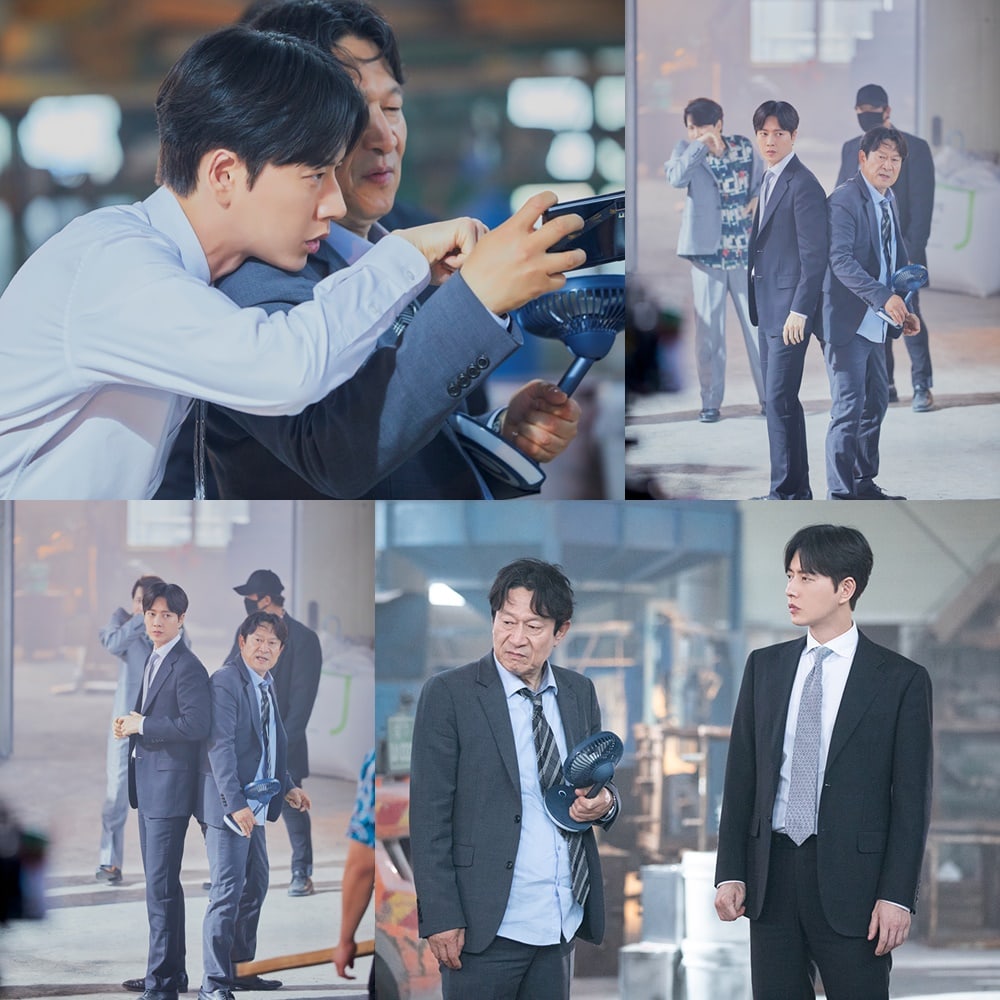 The actors also had to film in a place filled with dust, but they set an example with their professional demeanor.