Hyerim and Shin Min Chul shared a glimpse at their wedding photos!

On the June 22 episode of MBC’s “Don’t Be Jealous,” Hyerim and Shin Min Chul prepared for their wedding and received congratulatory messages from former Wonder Girls members Yubin, Sunmi, Ahn So Hee, Sunye, and HA:TFELT (Yeeun).

Yubin, Ahn Sohee, and Sunmi sent a video message to Shin Min Chul, jokingly threatening Shin Min Chul that they will go find him if he makes his bride-to-be upset. Yubin joked, “I’ve been practicing my kicking. If you don’t listen to Hyerim, I will go and kick you.” Sunmi added, “I’m going to wear my black belt.” The trio then were all smiles as they gave their sincere congratulations to Shin Min Chul, until Ahn So Hee changed the mood, warning him, “You’re in big trouble,” and made everyone laugh.

The friends then tried a different approach, acting sentimental and telling Shin Min Chul that he should know that Hyerim loves sweets and blending fruit drinks in the morning. Off to the side, Sunmi commented, “Why weren’t we this funny in variety shows back then?”

Sunye and HA:TFELT, who couldn’t join the other members for the video, shared their own congratulatory messages. Sunye said, “I knew Hyerim would get married second. Didn’t we talk about that before?” Sunmi continued, “Who do you think will be the third?” As Sunye chose Ahn So Hee, Yubin demanded, “So when am I going to get married?” 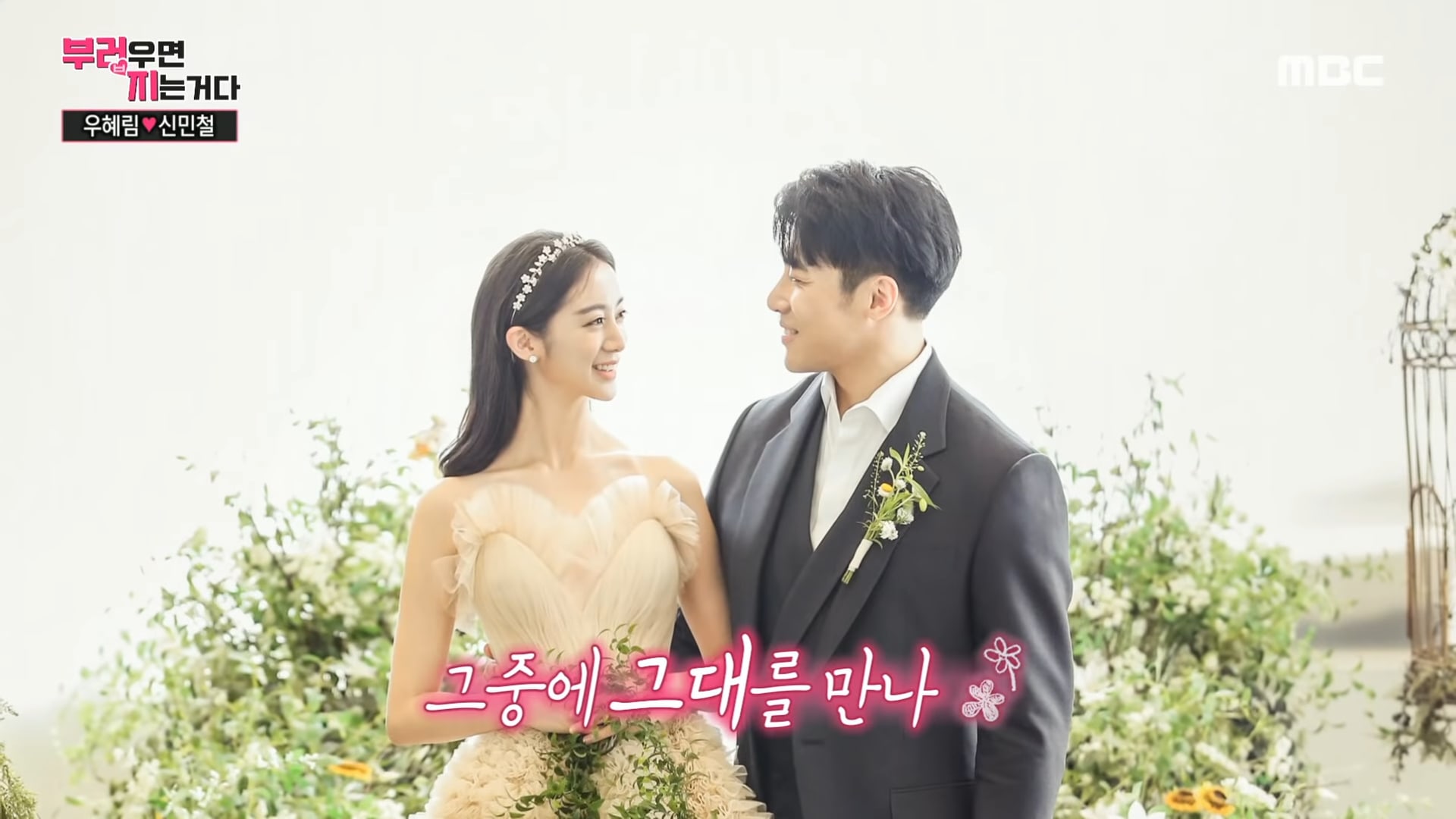 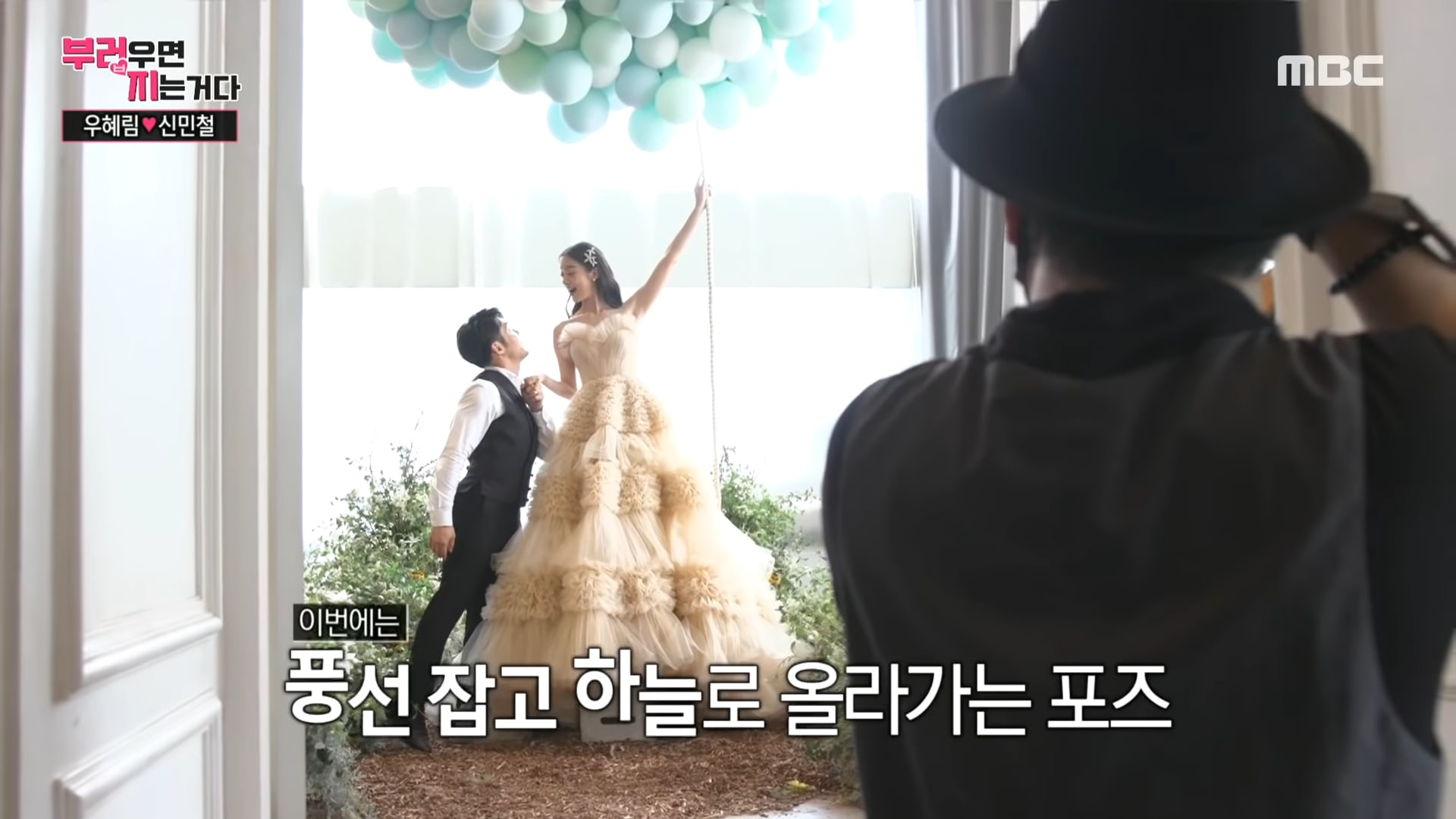 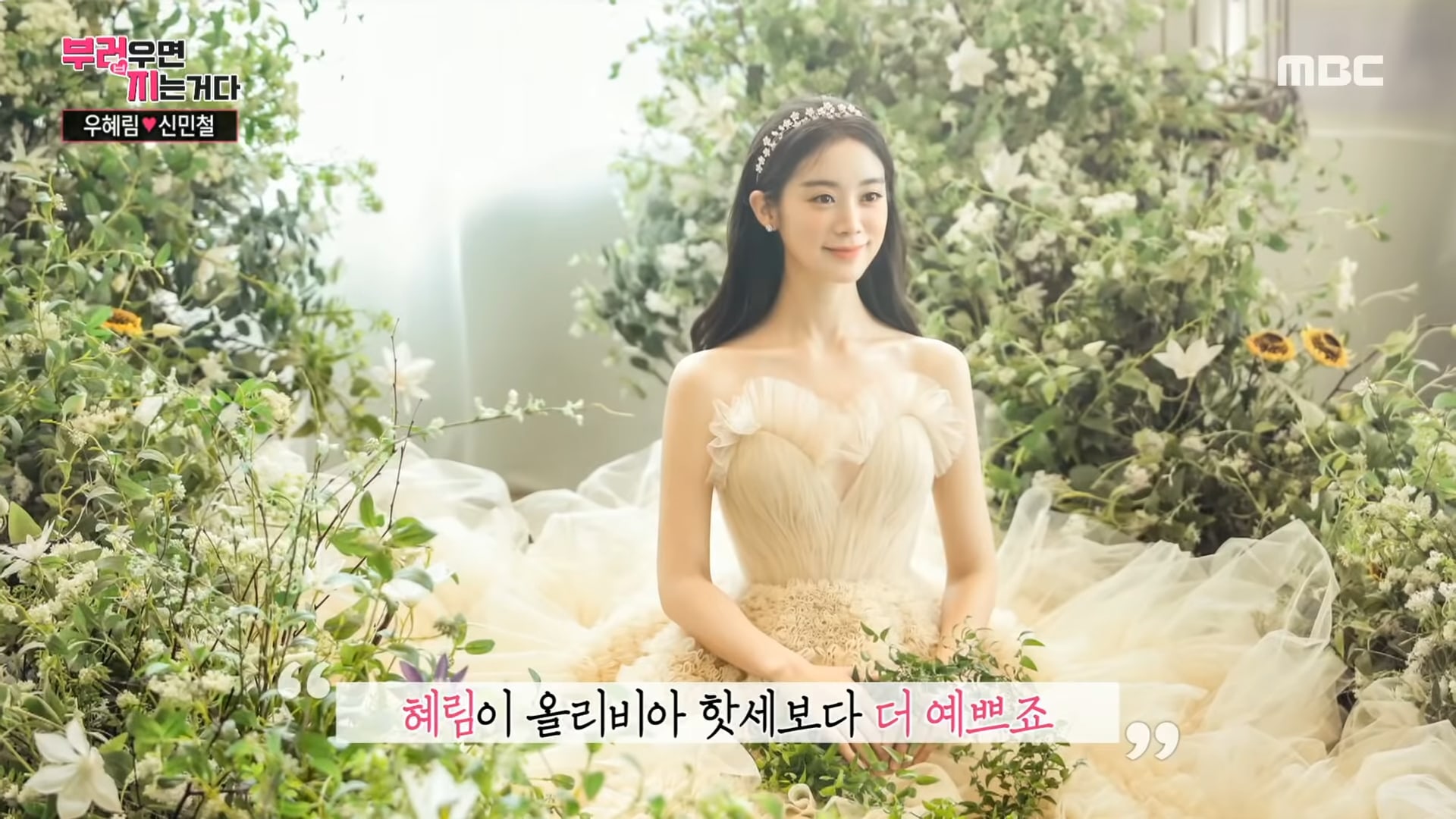 Shin Min Chul also presented Hyerim with a pair of wedding shoes and read aloud a letter that he wrote to her. He said, “Although they say we are a long-term couple that anyone would be jealous of, I don’t feel that our relationship has been long. If anything, I feel like it went by so fast that I couldn’t do a lot for you, so I’m sorry.” 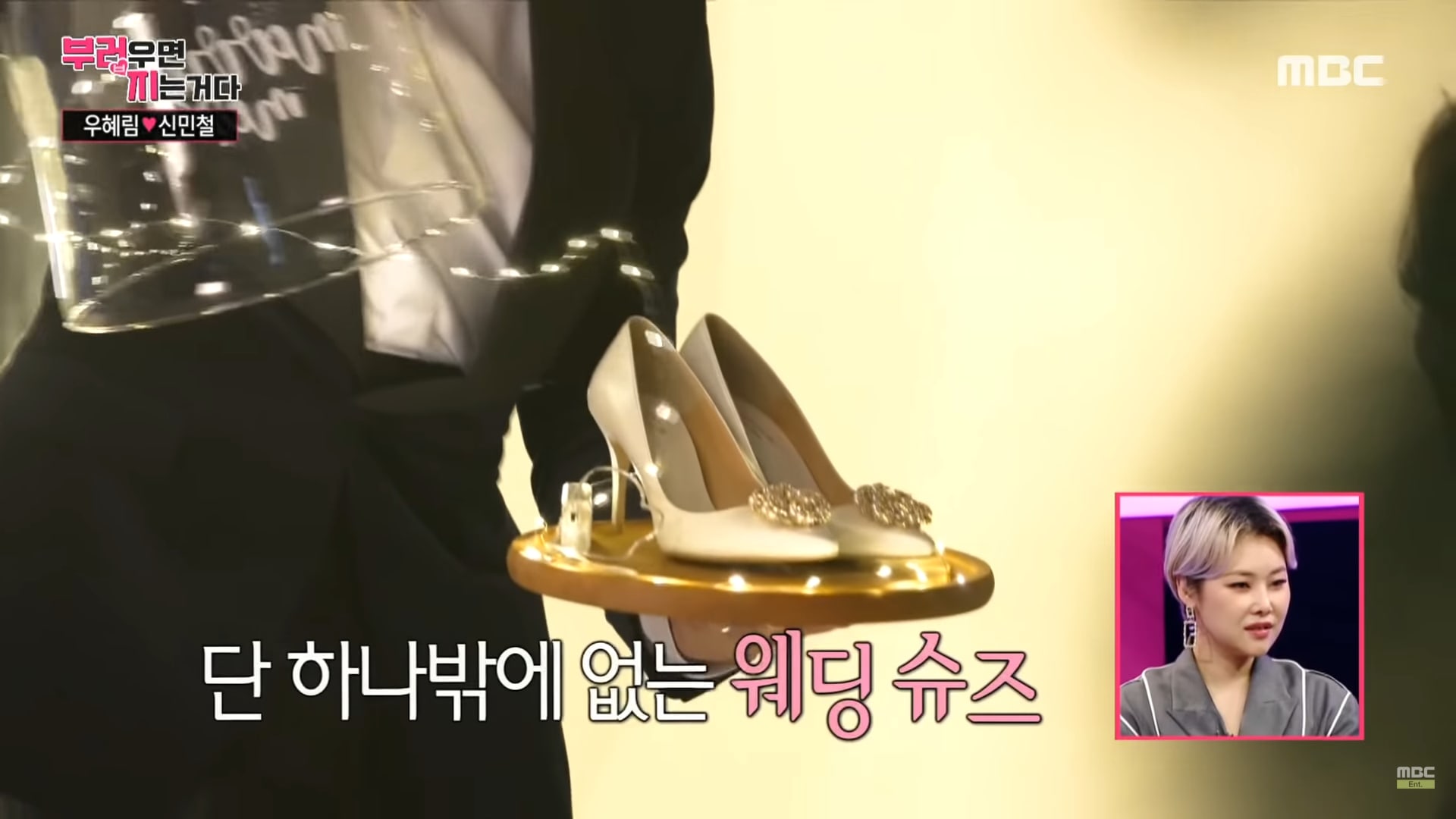 He continued, “However, there is something that I can do better than anyone else in the world—loving Woo Hyerim. That is something I can be the best at from the day we met, to the present, and until the moment I die. I’ll work hard to do even better. I love you because you are Hyerim.”

Hyerim was touched by his sweet words and remarked, “I was crying on the inside.” 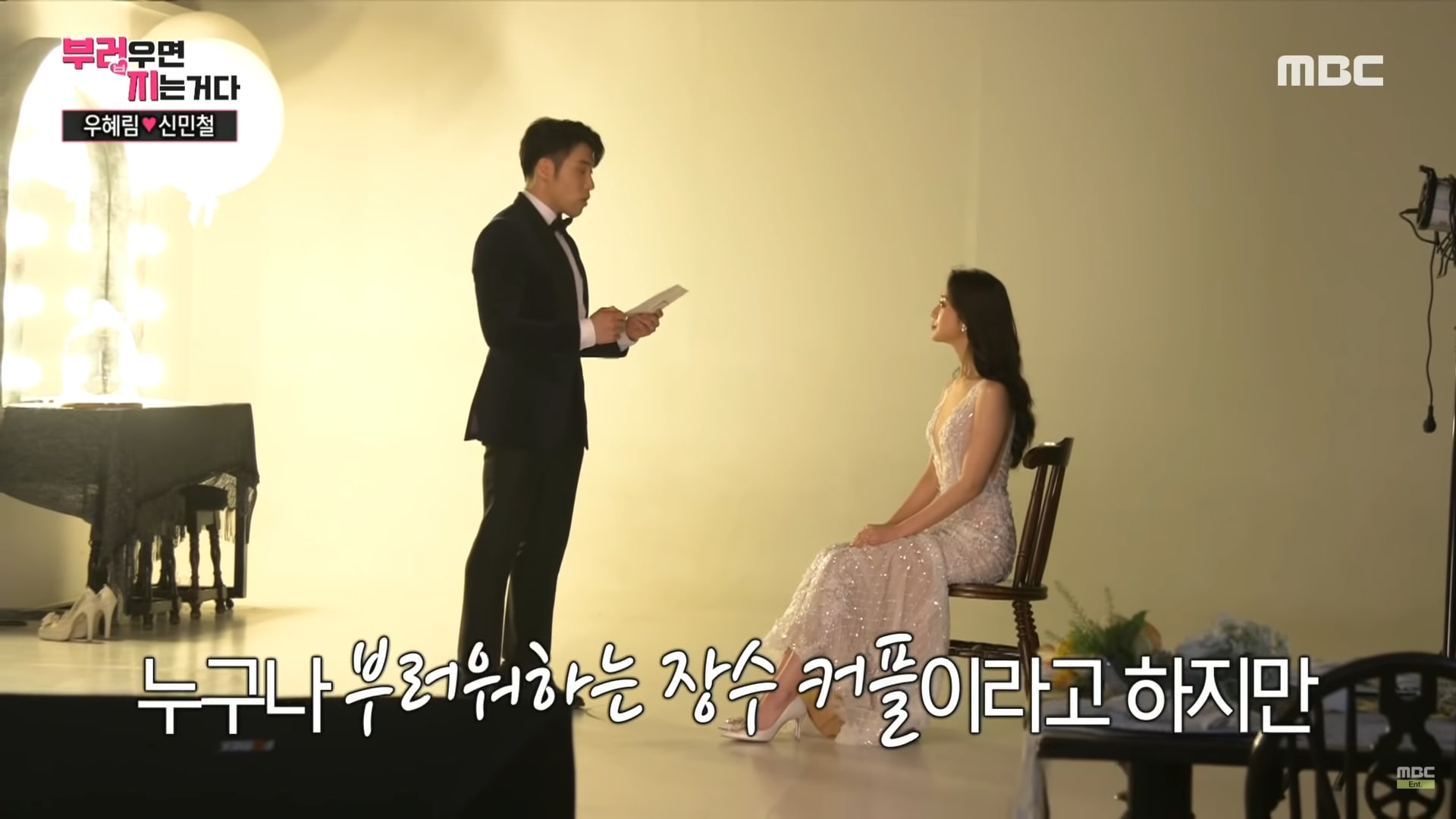 Hyerim and Shin Min Chul also invited their parents to the studio and had a photo shoot while wearing both traditional formal Korean clothes (hanbok) and taekwondo uniforms. 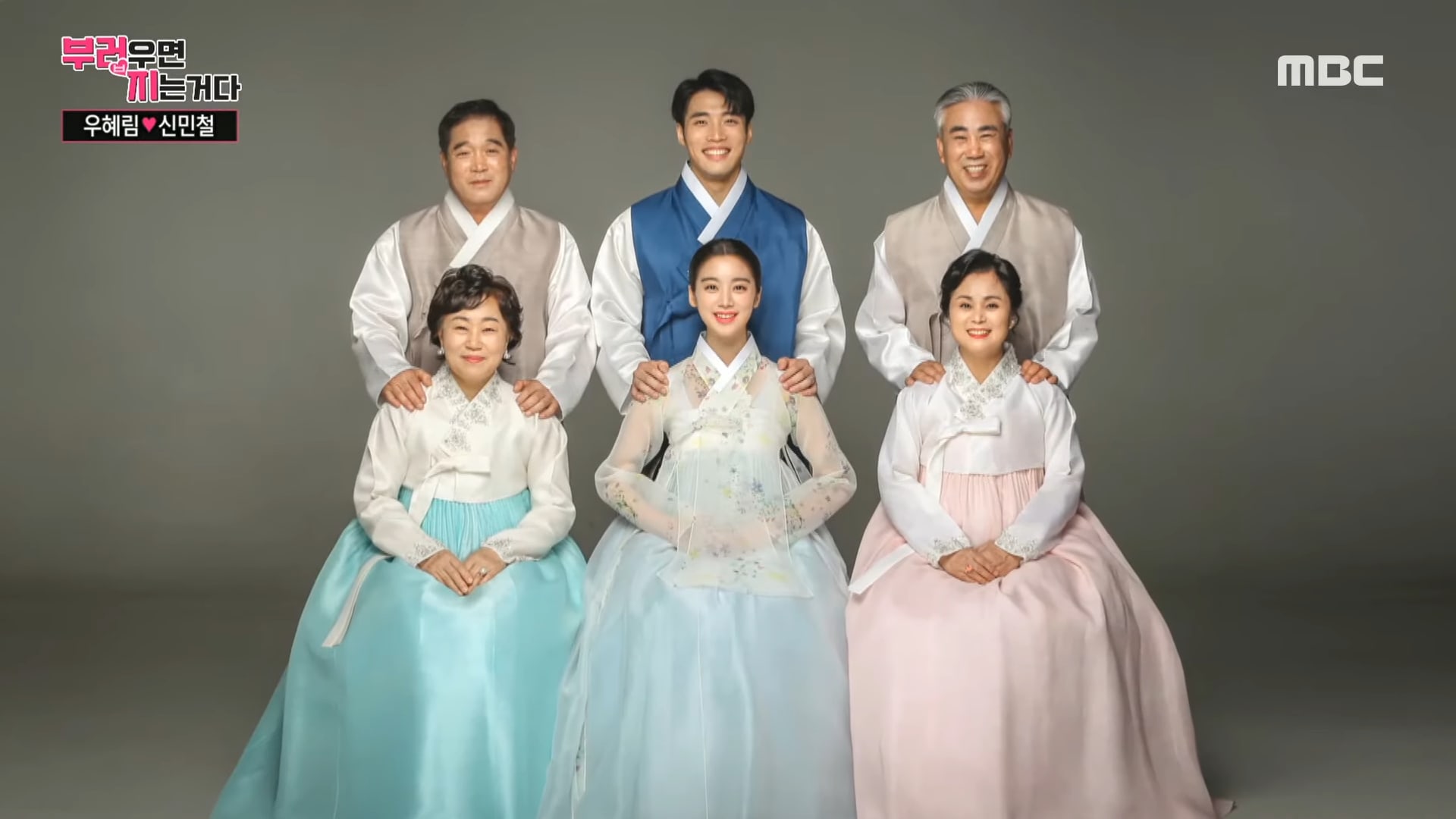 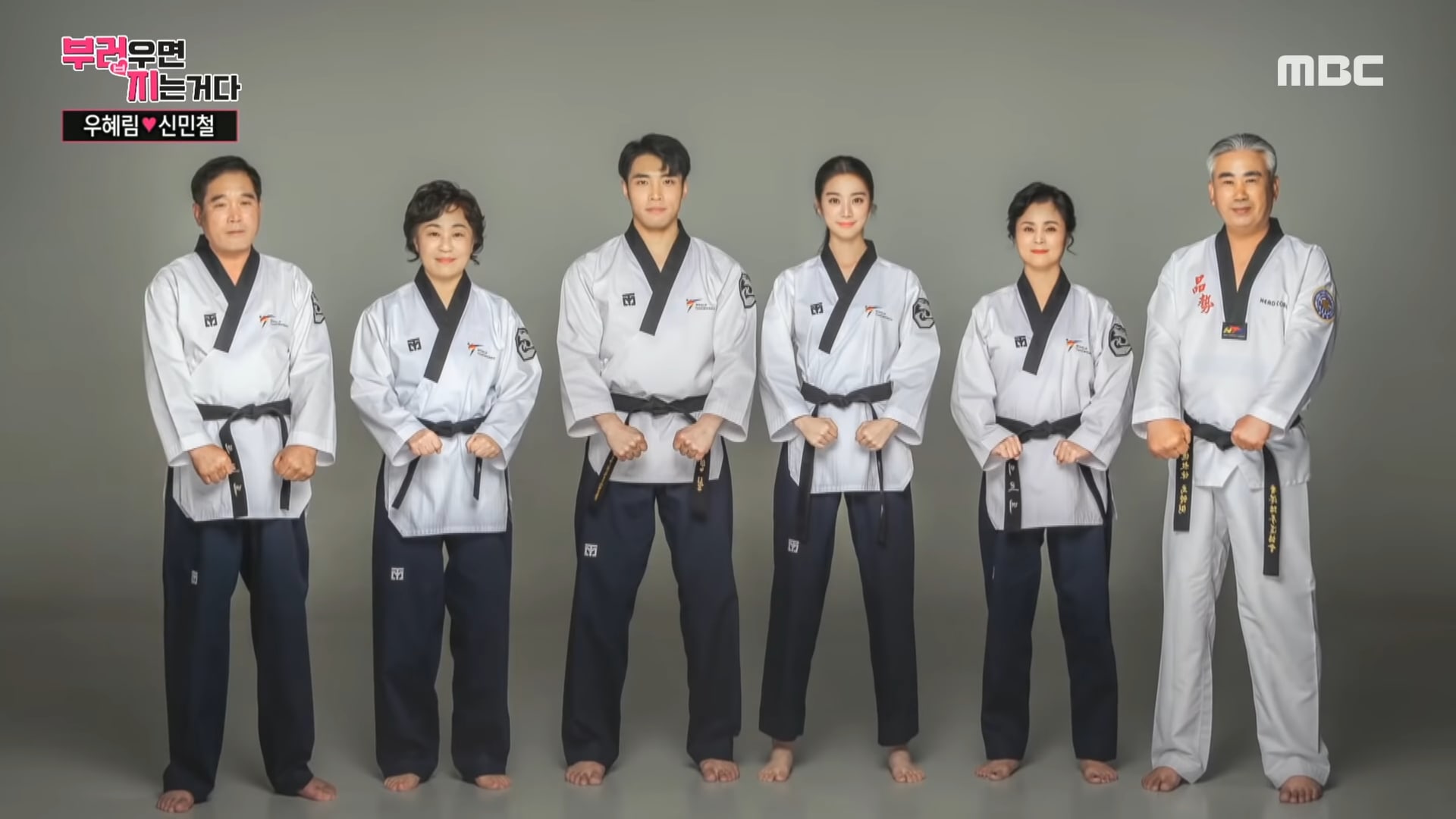 In a preview for next week’s episode, Hyerim, Yubin, Sunmi, and Ahn So Hee meet up with JYP Entertainment founder Park Jin Young. Park Jin Young comments, “Wonder Girls is like my first daughter. They are so special and dear to me.” Shin Min Chul later joins the meeting of the former JYP family and receives words of advice from Park Jin Young, who says, “A man must treat a woman well.”