tvN’s “Amazing Saturday” has apologized following a controversy about the costume child actor Kim Kang Hoon was given to wear during the June 20 broadcast of the show.

On June 22, two days following the episode, a viewer left a comment on the program’s forum, saying, “The writing on the chest of the costume is problematic. […] It’s something that was written in the 16th century by a historical Japanese figure named Ishida Mitsunari as a family motto. Ishida Mitsunari is someone who invaded Korea during the Japanese Invasion of Korea in 1592.” 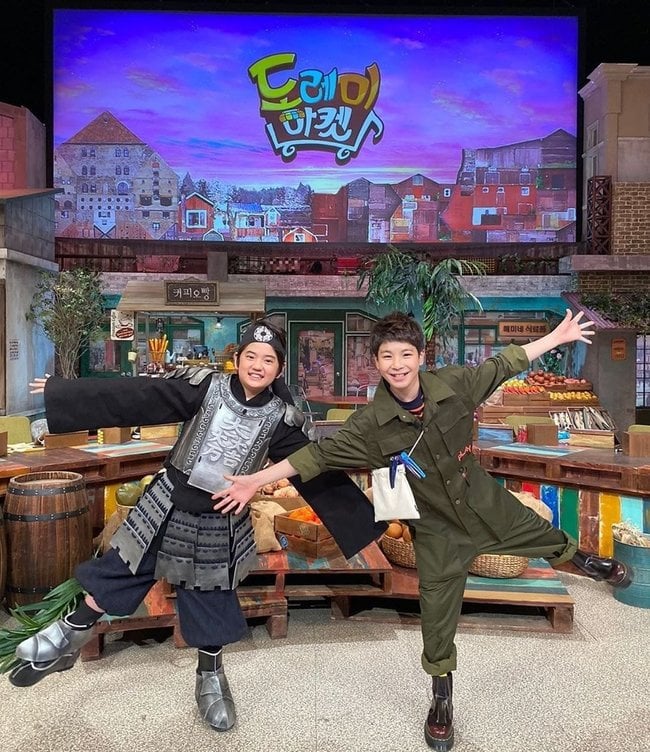 Following an outpouring of criticism from viewers, “Amazing Saturday” posted an apology. They said, “We apologize for being unable to recognize the historical significance [of the writing on the costume]. The costume is one that we got from a company that we rent costumes from often, and we — including Kim Kang Hoon and the rental company — were not aware of the meaning of the writing.”

They continued, “We didn’t recognize the issue at all during filming, and this continued through the date of the broadcast. We saw the viewer comment this evening, and we have taken necessary measures.”

The “Amazing Saturday” production staff explained that they have have put a halt to reruns and streaming of the episode, begun working to censor the writing, relayed the historical context to the costume company, and apologized to Kim Kang Hoon.

They closed, saying, “We apologize once again, and through even more careful production, we will work hard to become a program that brings laughter to viewers.”

Amazing Saturday
Kim Kang Hoon
How does this article make you feel?