Weki Meki’s Kim Doyeon And Kim Min Kyu Talk About Acting Alongside Each Other In “Pop Out Boy!”

Weki Meki’s Kim Doyeon and Kim Min Kyu opened up about working together on the web drama “Pop Out Boy!”

“Pop Out Boy!” is a web drama based on a popular webtoon of the same name and tells the story of Chun Nam Wook (played by Kim Min Kyu), the male protagonist of a long-running manhwa (Korean comic) who steps into the real world. There, he crosses paths with high school student Han Sun Nyeo (played by Kim Doyeon), who happens to share the same face and name as the female protagonist of Chun Nam Wook’s manhwa. 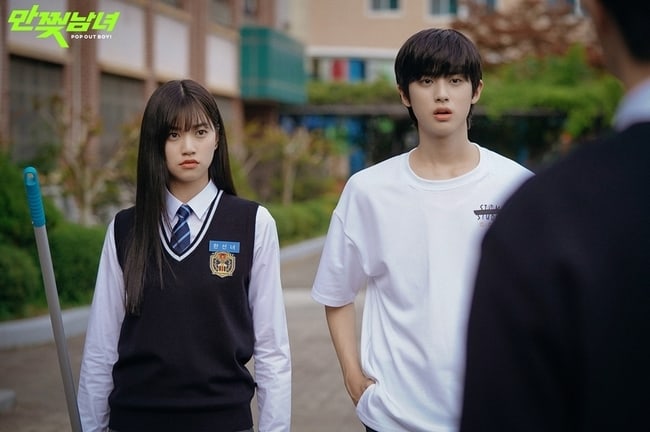 When asked to rate their experience working together, Kim Doyeon said, “I’d give it 100 out of 100,” and “The longer we worked together, the more we each became similar to our characters and the better our chemistry became.” She showed affection for her character Han Sun Nyeo and said their personalities are similar as she said, “I’m also not good at handling embarrassing things,” and added, “Kim Min Kyu is really great at bringing out Chun Nam Wook’s humor. I think he did an amazing job.”

Kim Min Kyu stated, “I got more comfortable with Kim Doyeon as time went by and I was able to feel more at home with my acting. I hope people will anticipate the chemistry between Han Sun Nyeo and Chun Nam Wook.” He added, “Kim Doyeon has such a great personality and she really kept the atmosphere lively on set. Thanks to her, I was able to feel comfortable on set and I’m really grateful to her.” 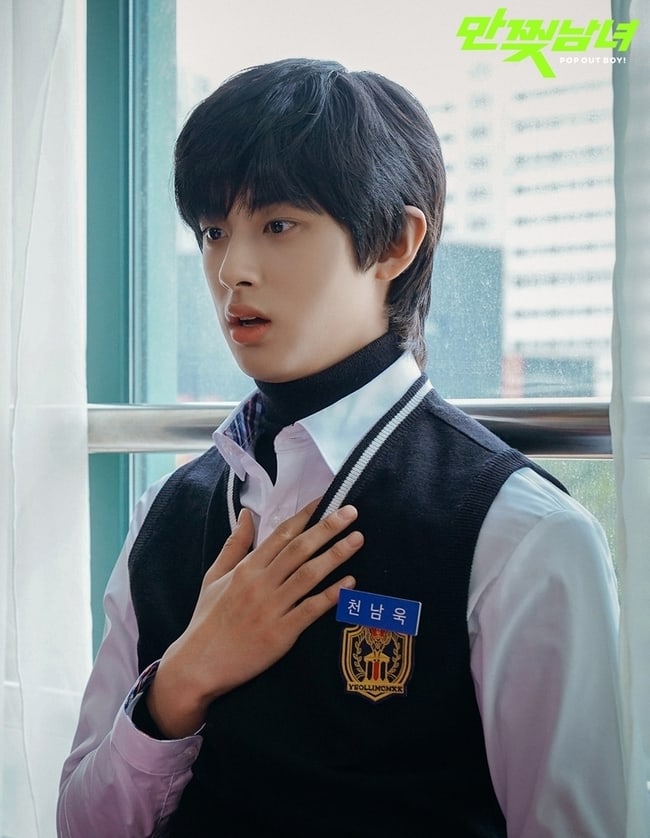 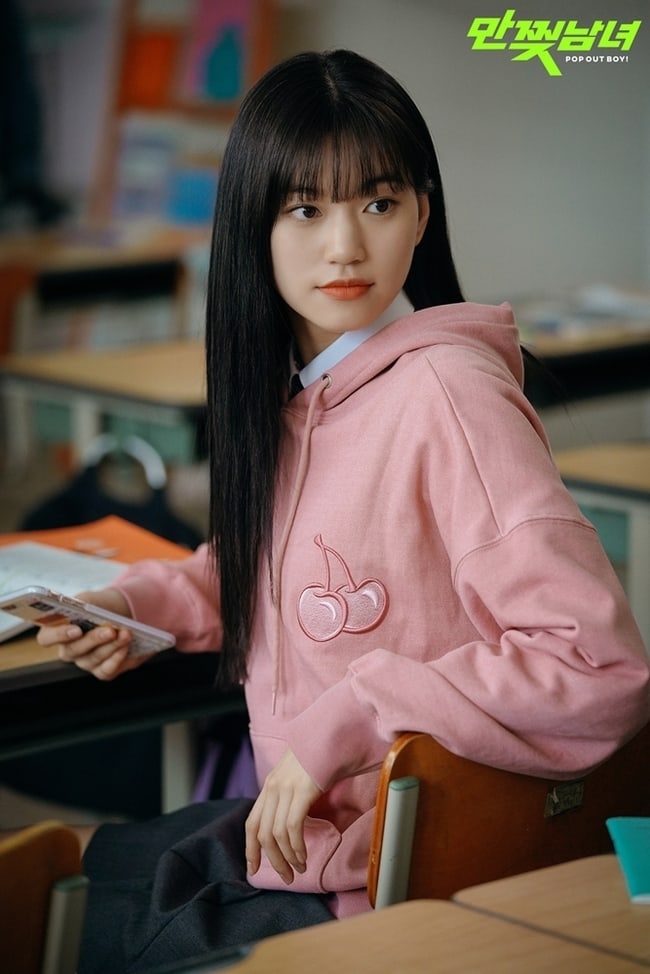 The pair also picked what people should look out for in the upcoming web drama. Kim Min Kyu chose how the relationship and emotions between Han Sun Nyeo and Chun Nam Wook changes and said, “Of course, watching how they also interact with Noh Ye Joon (Choi Hyun Wook), Park Min Jung (Han Ji Hyo), and Yoon Eana (Lim Bo Ra) will be something to look out for.” Kim Doyeon said, “The five characters create an amazing energy together, no matter how we’re paired. Looking for each of their charms will make the drama even more fun.”

“Pop Out Boy!” will premiere as a web drama on June 25 at 7 p.m. KST on Playlist’s YouTube channel, where it will air on Thursdays and Sundays. The drama will also air on MBC Dramanet starting on July 17 at 10 p.m. KST.