SEVENTEEN’s S.Coups, Jeonghan, and Wonwoo appeared on the SBS PowerFM radio show “Choi Hwa Jung’s Power Time” to talk about their latest comeback, room assignments, which members they want to resemble, and more.

SEVENTEEN recently made their comeback with their seventh mini album “Heng:garæ” and title track “Left & Right” on June 22. The album has been excelling, recording over one million stock pre-orders, and the members expressed their gratitude to their fans. Wonwoo said, “Our albums are still in the process of being sold, so we aren’t million sellers yet, but we’re really happy regardless because we can feel the love our fans are sending us.”

S.Coups revealed that he had been confident that this comeback would be a success. He said, “I predicted it. I was confident. I felt, ‘This album will do well. I can feel it.’ I had that feeling when I heard ‘Very Nice’ for the first time, and this was the first time since then that I’d had the same feeling about a title track.” Wonwoo added, “We felt like this song would be met with a good reaction. It’s such a great song,” and Jeonghan said, “So many songs were written for the title track. Each of them was so good but as soon as we heard ‘Left & Right,’ we knew we had to do it. The choreography came out great as well, so we were in high spirits from the preparation process.”

The members talked about the theme of “Left & Right” being a supportive message to youths, and when asked which member best embodies ‘youth,’ Wonwoo chose S.Coups as he said, “S.Coups is passionate and reckless.” S.Coups agreed with the sentiment and said, “I think I am really reckless. I always dive into things head first. In the past, I was afraid to step up sometimes but I think I’ve changed with this album. I felt like I needed to live my own life like that if I wanted to share this kind of message with people.” 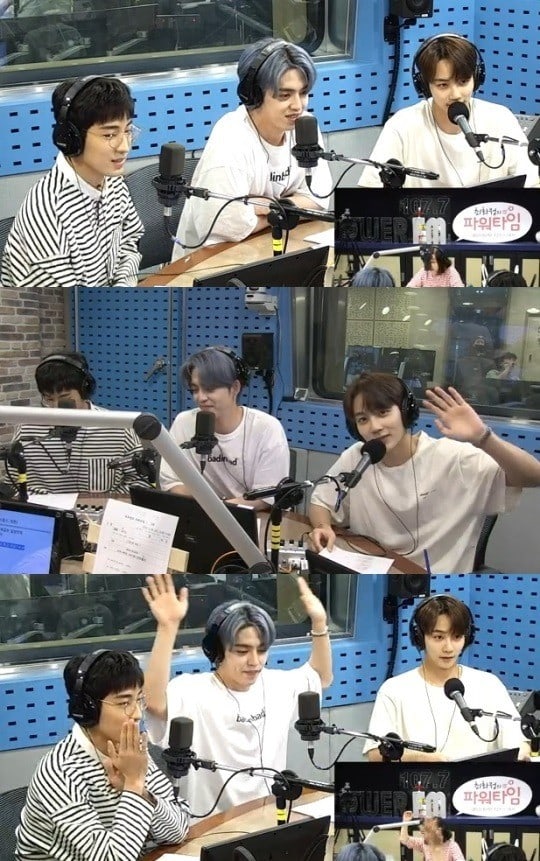 During the conversation, the topic of rooms came up and the trio shared, “Most of us have our own rooms now. Everyone has their own room except two members. We decide on assignments with rock, paper, scissors,” and “Our latest assignments were decided three days ago, and they’re going to stay that way for the next two years.” Jeonghan shared that he has the main room of the house, and when S.Coups said he doesn’t really mind what kind of room he has, Jeonghan made everyone laugh when he interjected and said, “That’s why he has the biggest room.” Wonwoo revealed that he shares a room with Mingyu and said, “I have a computer but S.Coups lets me put my computer in his room, so our room just has our beds.”

The members were also asked which other SEVENTEEN member they wish to resemble, and S.Coups chose Woozi. He explained, “He composes a lot of our songs, and I’m envious of how musically talented he is as a singer. Although I also compose and write lyrics, I’m not as talented as he is.” Jeonghan said he was happy with who he was but also chose Hoshi as he said, “I work hard to live a good life, but Hoshi works really hard and is so passionate in all areas. I feel like many good people choose to stay by him,” and Wonwoo added, “In any field, any person who works hard and for a long time is cool in my eyes.”

SEVENTEEN is currently busy with promotions for their title track “Left & Right,” don’t forget to check out the music video!