Jung Kyung Ho Talks About How Sooyoung Has Made Him Who He Is Today, Names The Character He Wants To Be Known As, And More

Jung Kyung Ho is featured in a new photo shoot and interview for the July issue of Marie Claire Korea!

During the interview, Jung Kyung Ho talked about recently wrapping up the first season of “Hospital Playlist.” He shared, “I’m grateful that we were able to finish it without a hitch. Also, since I briefly played the role of a doctor, I found it meaningful to be able to gain a bit of understanding about the hardships they are going through during the current times. They are amazing and admirable.” 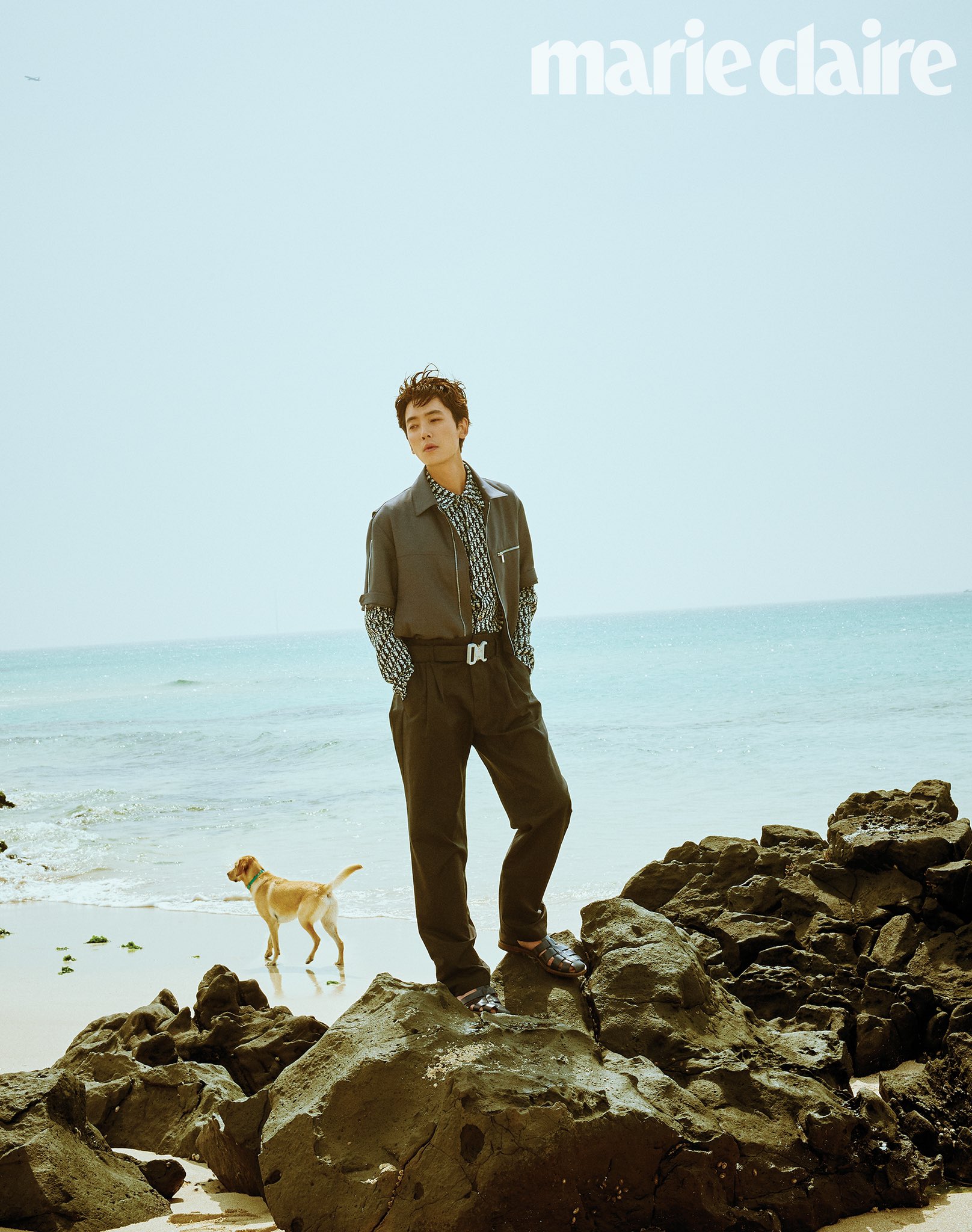 It was mentioned to Jung Kyung Ho that he’d talked in the past about having a strong desire to be in a hit project. A few years later, he acted in the successful dramas “Prison Playbook” and “Hospital Playlist.” He was asked to describe how being in a project that was a hit with the public has influenced him as an actor.

“Rather than calling it a strong desire to be in a hit project, I think I was thinking that if the public didn’t want me, I wouldn’t be able to continue acting, which is something I love to do,” he said. “The thing that I’m the most scared of still is the ‘okay’ sign from the director. The ‘okay’ sign means that my performance will be put in the drama or film, and I’m scared because no one knows how the public will react to it. I thought, ‘It might not do well, or it might do very well but because of those reviews, I could be unable to continue as an actor.'” 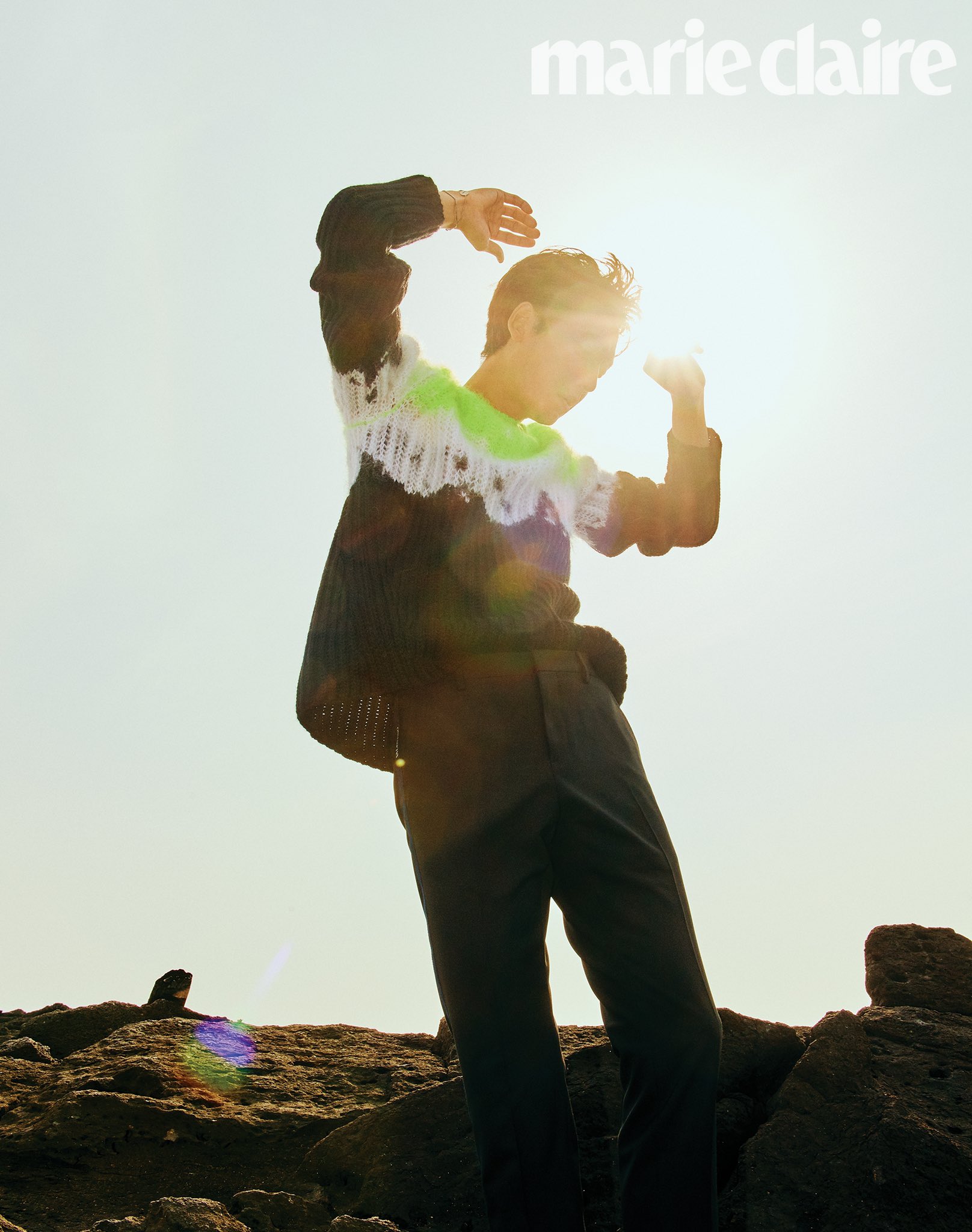 “However, those worries disappeared after I met writer Lee Woo Jung and director Shin Won Ho,” he continued, naming the team between the two hit dramas. “I think I was happy while I was working on those two dramas, to the point that I thought I could continue working with them for the rest of my life.” 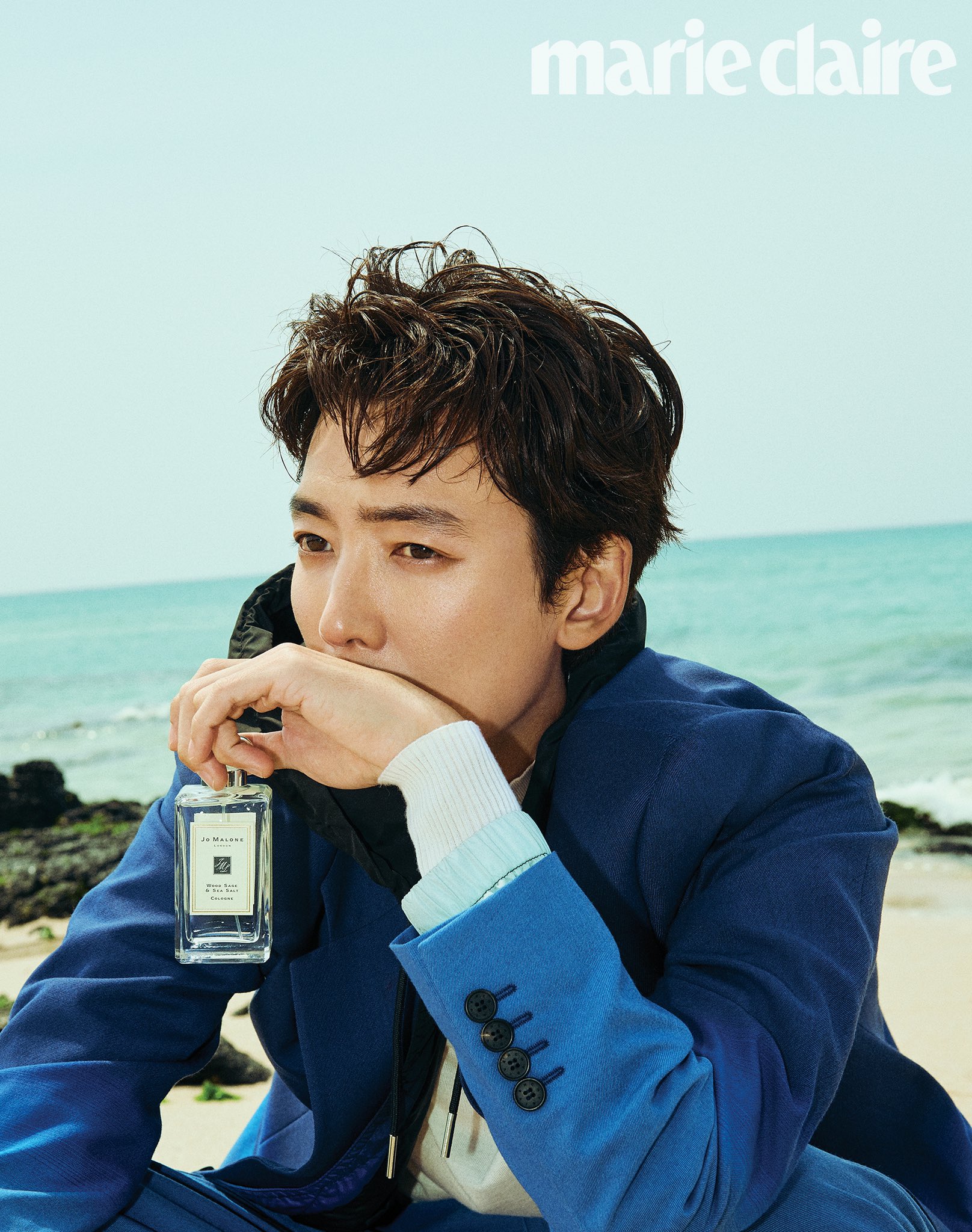 Jung Kyung Ho also shared that he thinks the charm of his “Hospital Playlist” character Joon Wan is his honesty. He commented, “Some people say, ‘Does he really have to talk like that?’ but Joon Wan always treats his patients, friends, and lovers in the way he thinks is best.” He described how he has a “tsundere” charm, meaning he appears cold but shows warmth through his actions. “He’s fundamentally a kind person, when you look at how sincere he is about friendship and love,” he said. 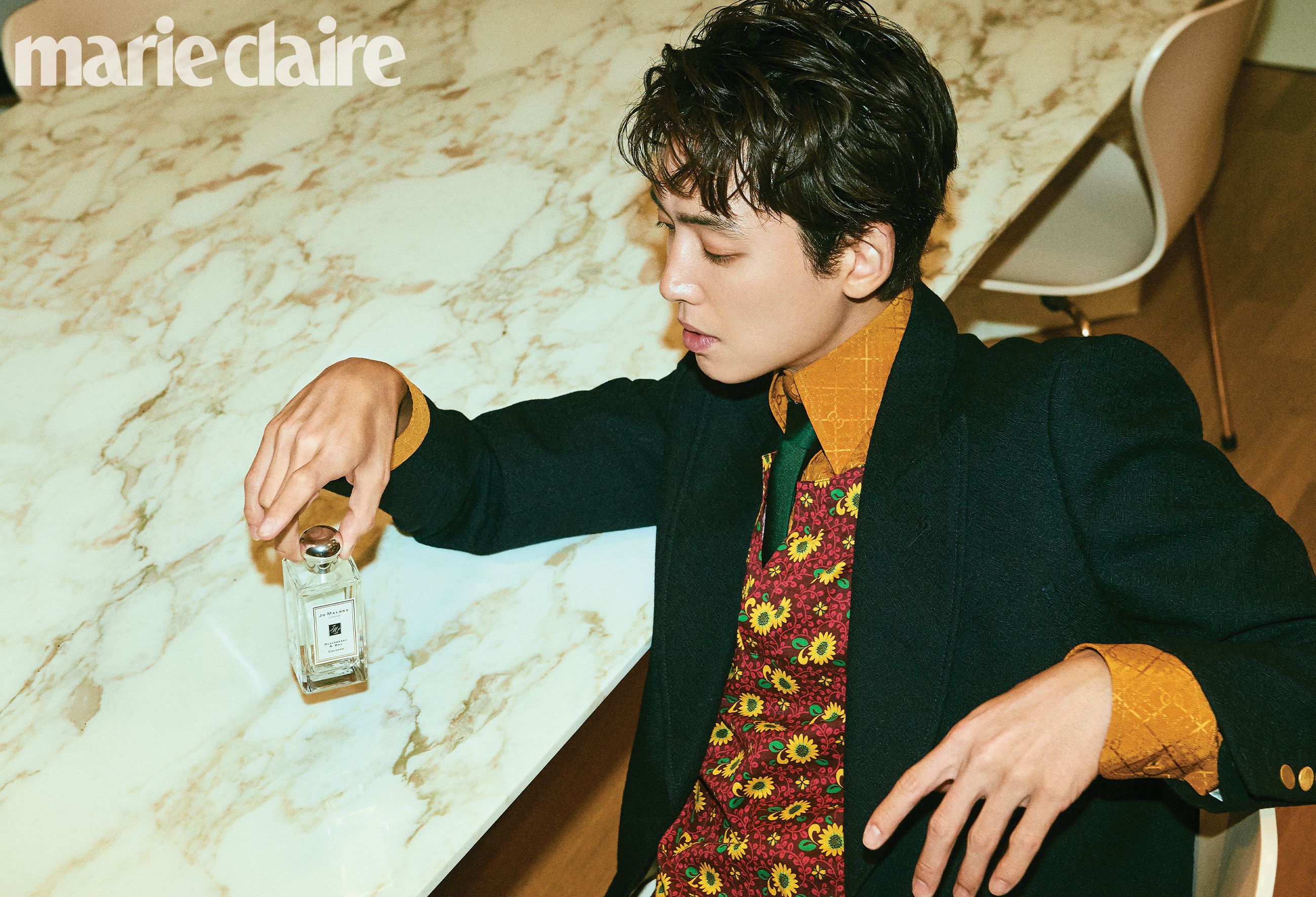 Jung Kyung Ho also explained Shin Won Ho’s directing style. “Rather than him giving us a lot of direction, he’s more the type to trust in his cast,” said Jung Kyung Ho. “He creates the situation and lets us play within it.”

The stars of “Hospital Playlist” became musicians for the show, as their characters were members of a band. When asked if it was more difficult to play an instrument than it was to act in the drama, Jung Kyung Ho said that performing was “110 percent” more difficult. “Jo Jung Suk is good at playing guitar, so I think that rubbed off on me,” he said. “He was a big help to me.” 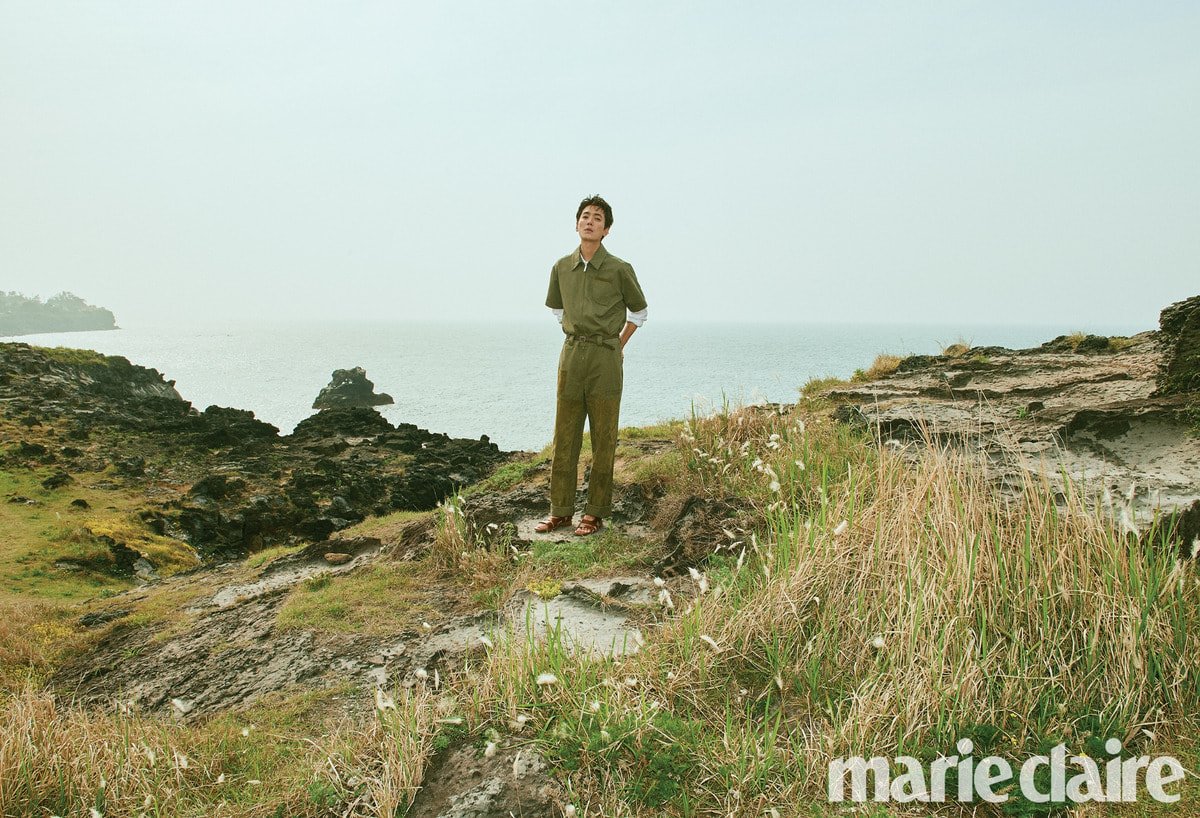 In regard to how he’d describe what makes acting “good,” Jung Kyung Ho said, “I think it’s ultimately the harmony. On top of the characters themselves in ‘Hospital Playlist,’ the five of us leading actors playing the roles are all different from each other in real life. It’s to the point that I wonder how our personalities could be so different. I think the most important thing is how a harmony is formed from that. There’s no such thing as working alone when it comes to acting.” 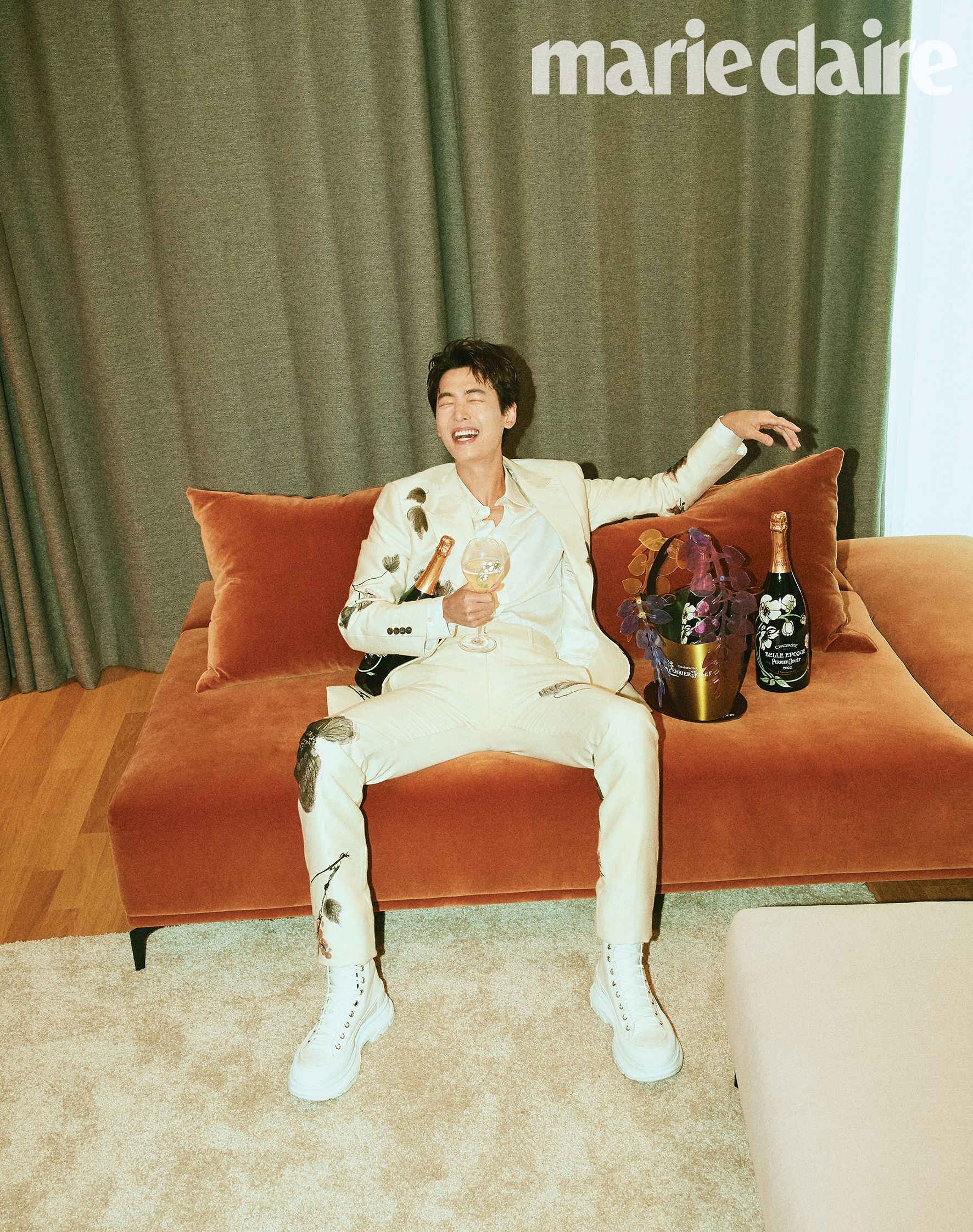 It was mentioned to Jung Kyung Ho that after being known for a long time as Choi Yoon from “I’m Sorry, I Love You,” it seems now people will most likely think of him as Joon Wan from “Hospital Playlist.” He was asked to describe what kind of character he’d like to be remembered as next.

“There are so many roles that I haven’t been able to play yet,” said Jung Kyung Ho. “But for now, I want people to call me Kim Joon Wan. I want to live with this name for about five years.”

“Sometimes people even mistake me for an actual doctor,” he said. He laughed as he explained, “I’ve met with a doctor in person to talk, and I was a bit taken aback when they spoke in a serious way and used medical terms while asking me, ‘Don’t you think this should be done this way?'” 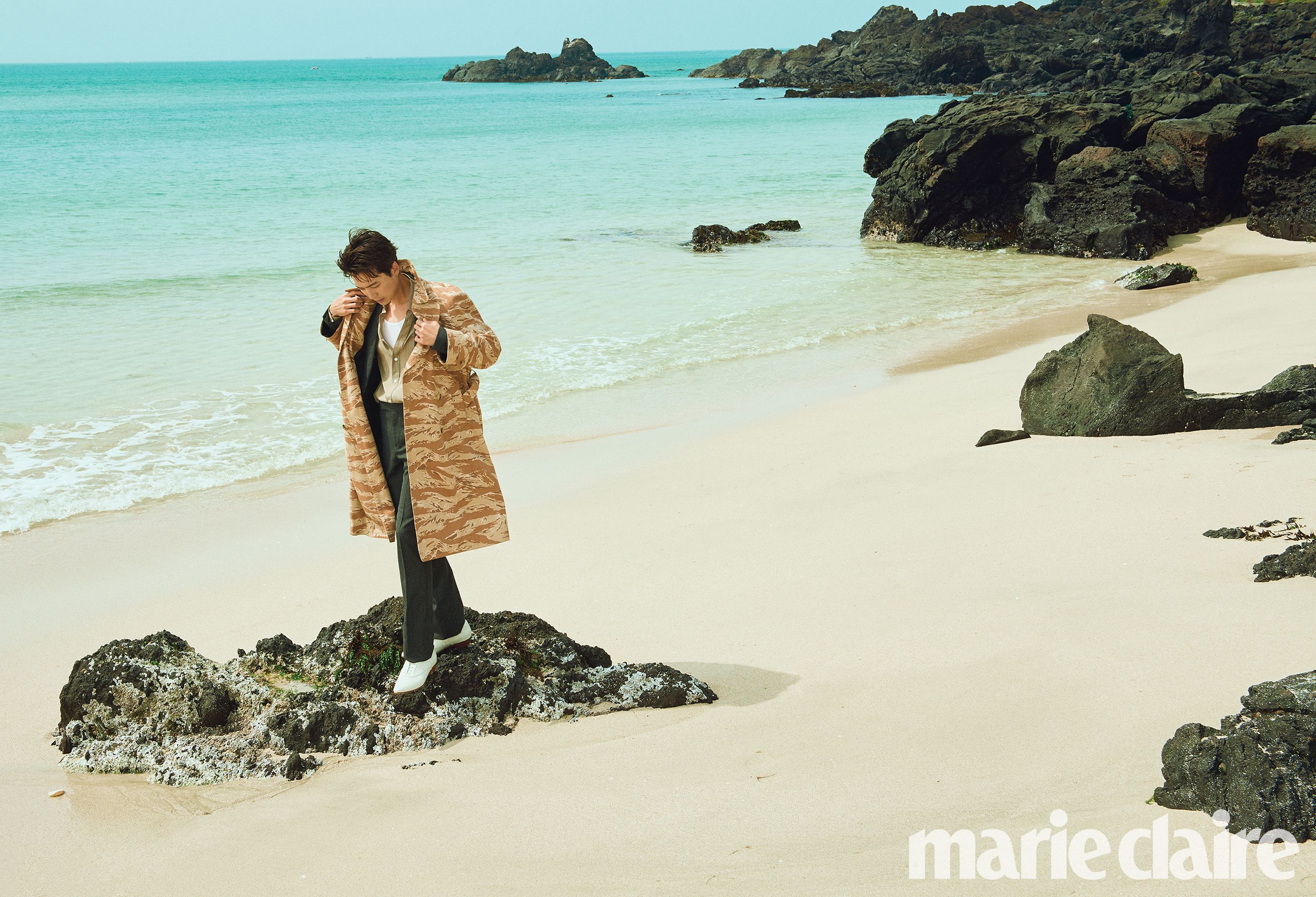 On the topic of what he does outside of work, Jung Kyung Ho shared, “My daily life includes changing my two dogs’ training pads, brushing their fur, and going on walks with them. All I do outside of that is going on dates and exercising, which I couldn’t do while I was filming.”

Jung Kyung Ho was also asked what has made him the person he is today, and he spoke about his long-time relationship with Girls’ Generation’s Sooyoung.

“I’ve been dating someone for over eight years,” he said, “so I think that Choi Sooyoung is what has made me who I am. I’ve become a person while doing what Sooyoung tells me to do and not doing what she tells me not to do. Things like washing my hands before I eat, brushing my teeth before I sleep, not drinking a lot, and wearing neat and attractive clothes.” He laughed and added, “So I have to listen to what my girlfriend says.” 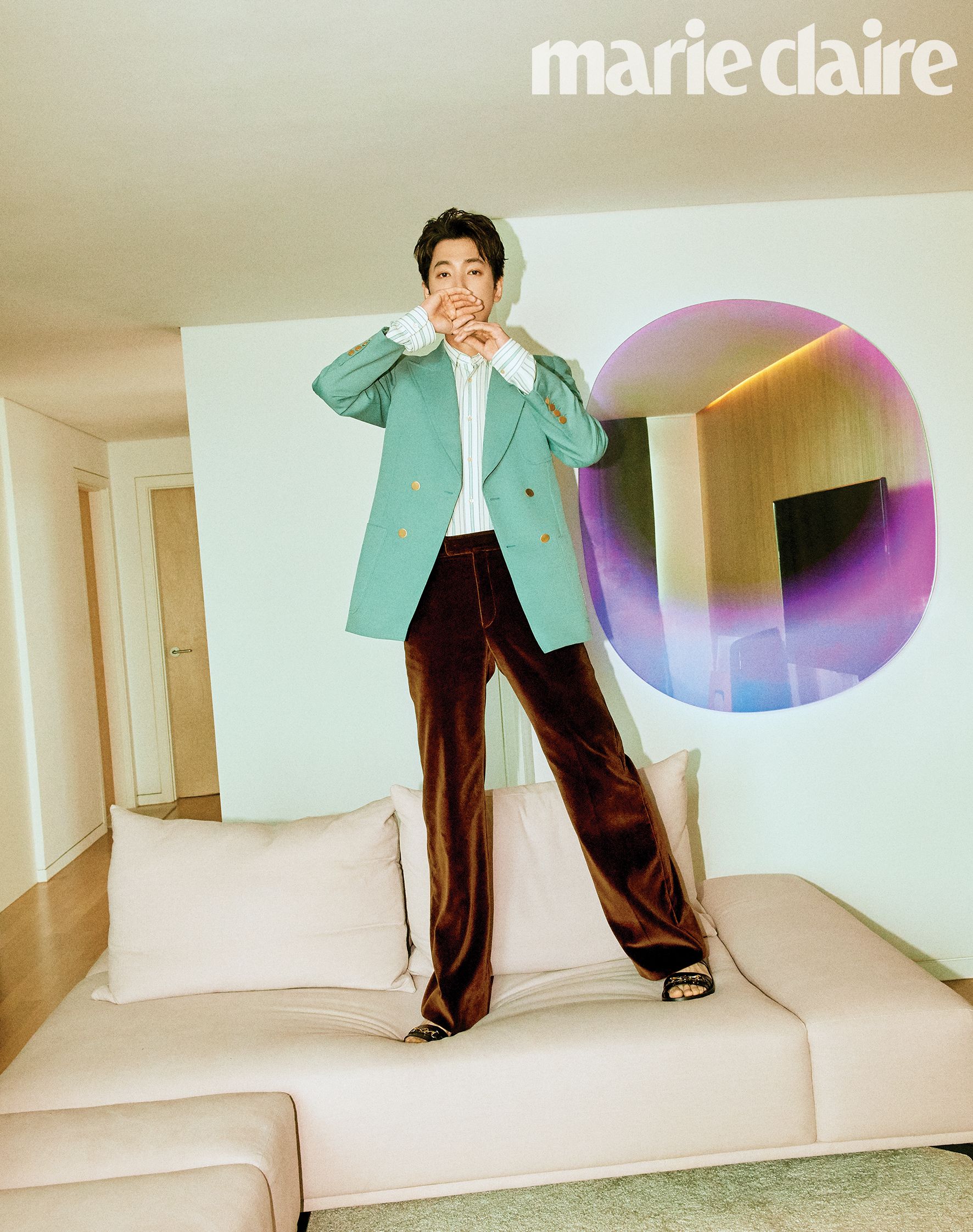 With only a few months left until “Hospital Playlist” starts filming season two, Jung Kyung Ho shared how he’ll be spending his time until then. “There are some scripts I haven’t been able to look at, so I need to quickly start with those and make a decision,” he said. “Also, I’ll be practicing the guitar. Filming starts in November, so there’s not much time left.” He said with a laugh, “Lately I’ve just kept playing guitar.”