Cho Seung Youn (WOODZ) Talks About His Experience Living In Brazil, His True Personality, And More

In the interview, he talked about various topics, including Brazil, his personality, and his music.

First off, the idol talked about growing up in Brazil. He said, “As soon as I graduated from elementary school, I packed up and went to Brazil to study soccer. I spent a year in Santos, a port city southeast of São Paulo, and a year in Penápolis, a small village in the northwest. Santos has a similar atmosphere to Los Angeles in the United States. The sea is close by, and at sunset, the wind blows coolly. After the evening exercise, I used to jog and play with my friends on the beach.”

He also shared that his English name is Evan. He explained, “When I just arrived in Brazil, I was called Evan, but it sounded a bit plain. At that time, I asked my Brazilian friends for their local names and came across the name Luizinho. As soon as I heard the name, I liked it so much that I changed my name from Evan to Luizinho.” 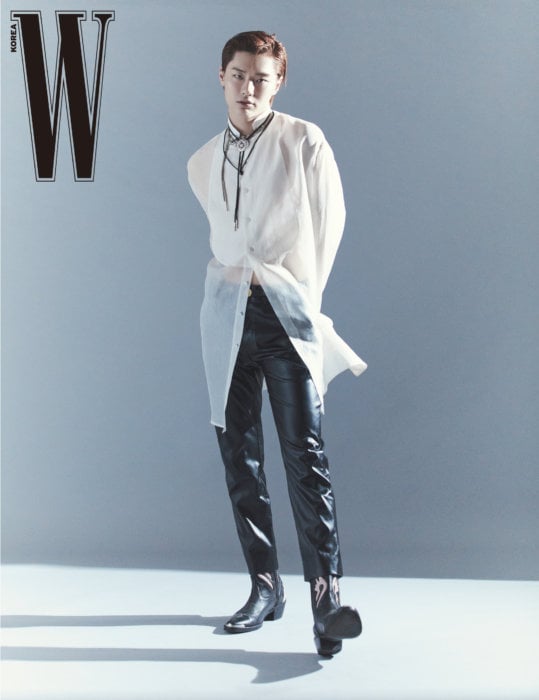 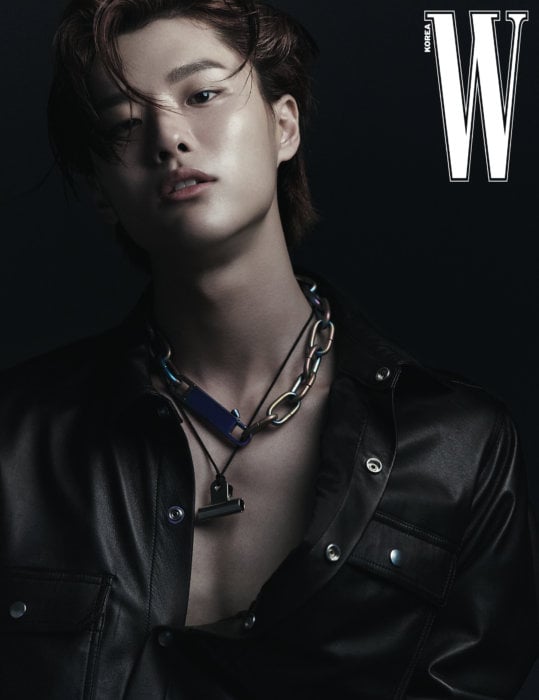 When the interviewer pointed out it seemed like he had been too busy to feel lonely, he answered, “Korea was always a part of me. I missed my parents every day and wondered how my friends in Korea were doing. At that time, K-pop was the only thing to remember about Korea, but the local Internet was so slow that I had to wait a whole day to download a song. The songs I listened to every day at that time were Shin Sung Woo’s ‘Prologue’ and Lee Seung Gi’s ‘Let’s Go on a Trip.'”

Cho Seung Youn also talked about how he started to dream about singing. He shared, “I clearly remember the moment I first heard ‘Let’s Go on a Trip.’ It was when the sun was about to set after I was done exercising. I don’t know why I was so excited the moment the song played on my earphones. At that time, I think I vaguely decided to become a singer for the first time. I thought, ‘I wish I could be someone who can convey the excitement I feel right now to others.’ As soon as I returned to Korea after studying in Brazil, I left for the Philippines again, and from then on, whenever I came to Korea, I went to audition. After I passed a phone call audition in the Philippines, I lied to my parents and came to Korea for the official audition. I must have auditioned about 40 to 50 times.” 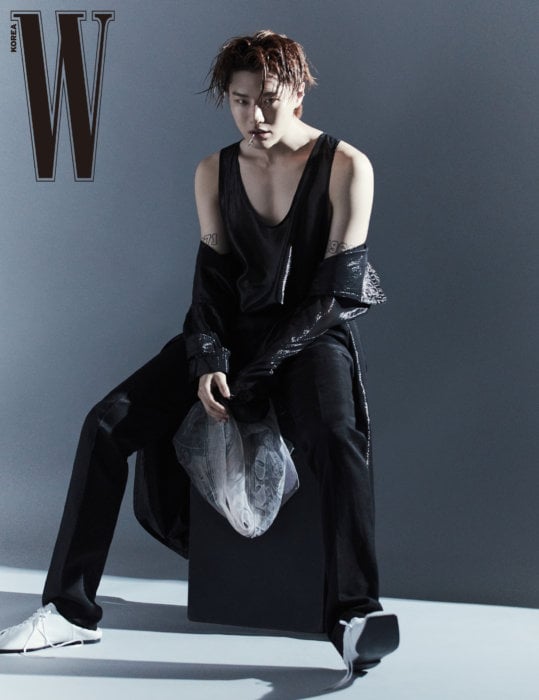 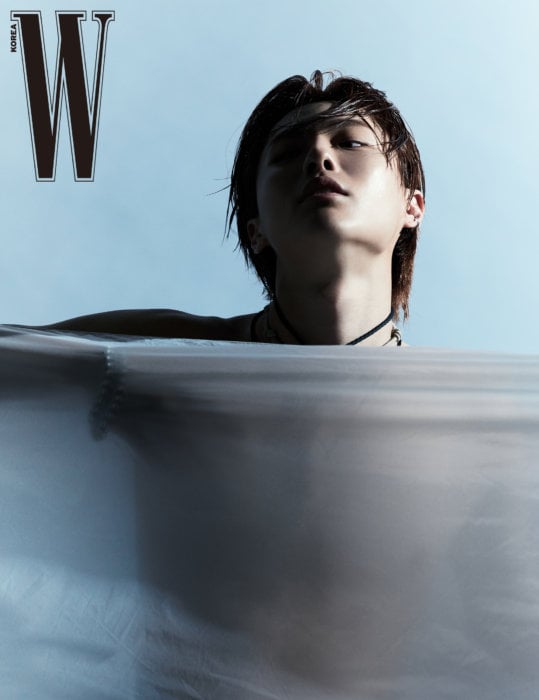 The idol then reflected on who he is as a person, and he candidly admitted, “I’m not sure what kind of person I am. It was very clear back then, but now I don’t know. Three years ago, I had a very hard time mentally, and since then, my values have changed a lot. It was around the time I appeared in ‘Show Me the Money,’ and I had a lot of pressure to do well in everything. I was always being pushed into competition, so I had to pay attention to who was in front of me and behind me. It was also right after my father passed away. My obsessive compulsive disorder led to the development of a personality of letting things flow. I realized that people naturally change depending on the situation and have to be contradictory, so I feel like that’s why I haven’t defined myself yet. In the past, there were many nights when I was kept awake by my thoughts, but now, these kinds of miscellaneous thoughts seem to have disappeared.”

Cho Seung Youn was asked about releasing a mini-album in summer. He commented, “When I participated in ‘Produce X 101,’ there was something I heard a lot from my fans. They said they really liked how I was able to sing, dance, and produce. The first thing I thought was to emphasize that in this album. And suddenly, I realized that to my fans, family, and staff who always protect me without leaving my side, I am their pride and face. I wanted to complete an album that they wouldn’t be ashamed of. So I really put everything into this album. It started with ‘recognize me’ to “actually, I know how to do things like this’ to ‘I didn’t know what you’d like, so I prepared everything.'” 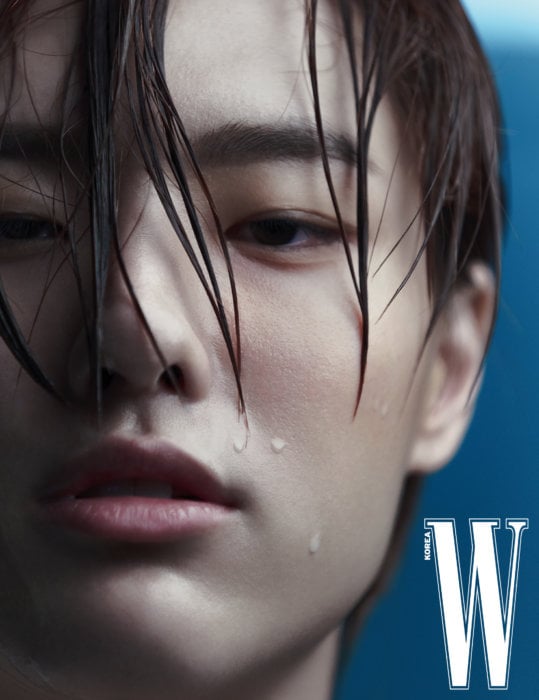 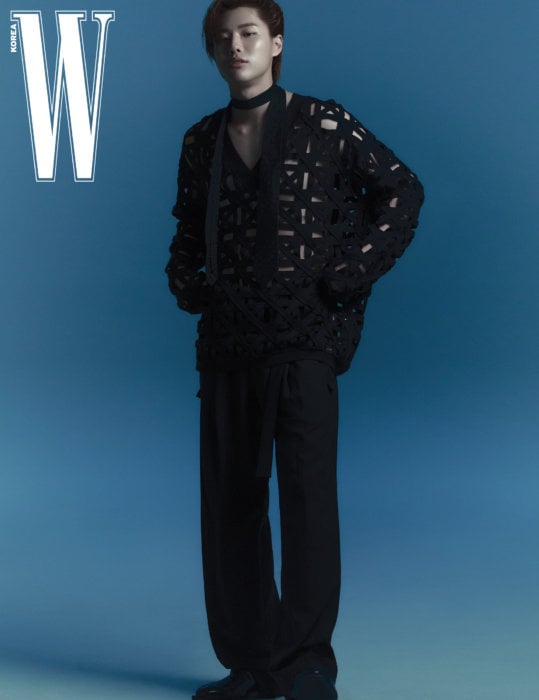 The interviewer pointed out that he seems like a person who is quick to shift between laughing and crying. The idol admitted that was true and explained, “I’m easily swayed by emotions. I often say, ‘This is so sad. How can you not think it’s sad?’ I think my music is like that, too. If you listen to it slowly, it alludes to the words ‘What do you think?’ and ‘Isn’t it sad?’ I like this kind of emotional exchange. One of my close friends is someone who is preparing to go into acting, and when they drink, we hold a debate about emotions. For example, when we start a debate with the question ‘Where does sadness start?.’ we talk about how sadness usually begins at some point, but sometimes the discussion delves deeper into a serious counterargument.”

When asked why he tends to not change as a person, he admitted, “I’m not good at putting things down. Each person has their own destiny, and I think to fill something, you have to throw away what you have. But I think I’m just trying to get by keeping what I have. That means I’m greedy. Human relationships are the same way. While playing with sand in my hand on the beach of Jeju Island, I suddenly thought about it. The sand that is scattered after being held in my hand for a moment is like a human relationship. I run into so many people in my life, but I don’t even know who knows me or who I know. So one day, I thought, let’s be a person who holds stones rather than sand. Like a big rock, I want to take care of people who are important and precious to me. On the other hand, I’m relieved that I don’t have to hold onto the person who made me suffer.”

Choi Seung Youn also talked about what did change about him over the years. He said, “I think I’ve become a little bit more flexible. Originally, I was like a dump truck. If something happened, I would ram into it. If my idea was rejected, I only gave it up if there was a good reason for it. However, it seems that the time it takes for me to accept and understand the rejection has shortened.” 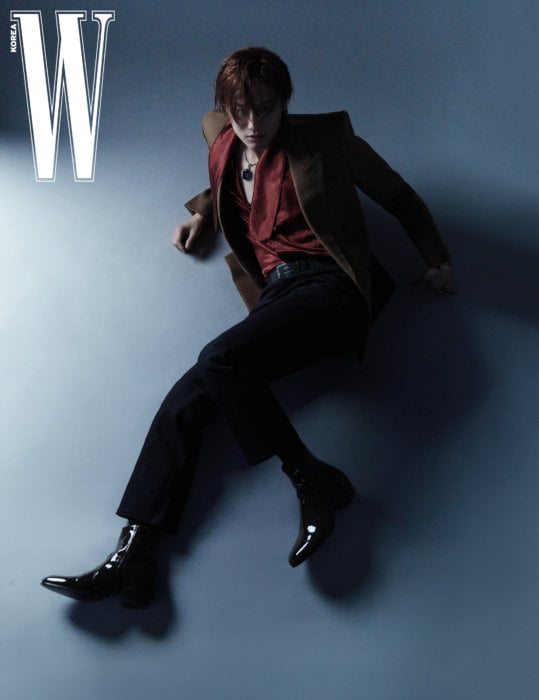 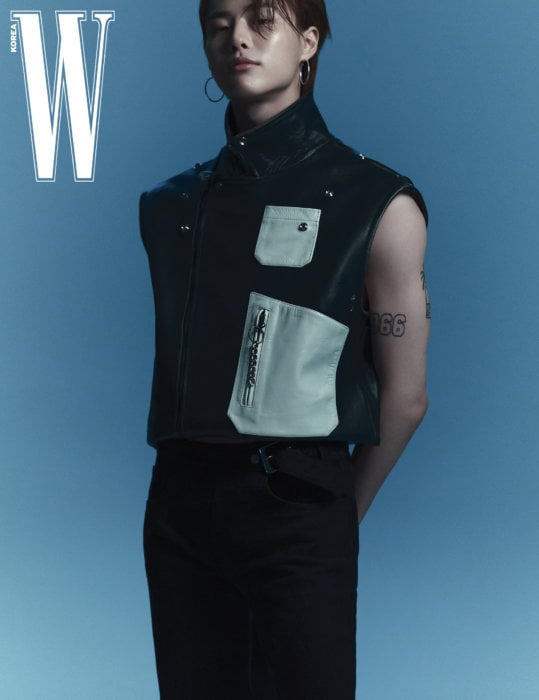 W Korea
WOODZ (Cho Seung Youn)
How does this article make you feel?