Kim Min Kyu will be making a special appearance in the upcoming episode of “Backstreet Rookie”!

The newly released photos show Jung Saet Byul and Kang Ji Wook meeting in front of a convenience store. Jung Saet Byul is drinking with her friends after something upsetting happens when Kang Ji Wook suddenly approaches her and greets her with an astonished smile. Her friends notice that he is the famous celebrity and start to make a fuss about meeting him.

In particular, the way Kang Ji Wook straightforwardly approaches Jung Saet Byul suggests that they were close in the past. The speculation is further confirmed as Jung Saet Byul welcomes him with a bright, warm smile. Expectations are rising for their story that will put a special spin on the pending romance between Jung Saet Byul and Choi Dae Hyun. 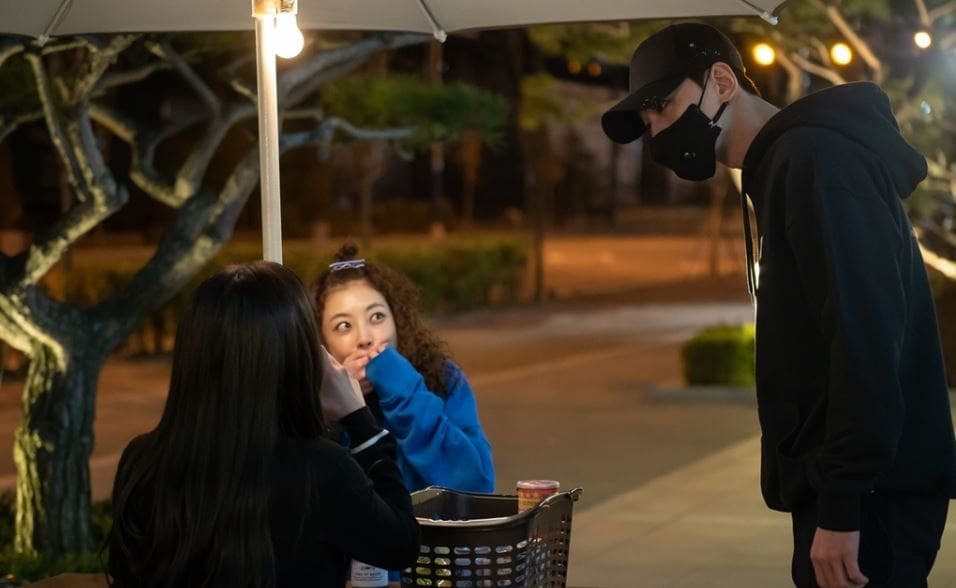 The production team shared, “Despite the fact that this is just a cameo, Kim Min Kyu’s character will continue to play a major role that will invigorate the drama. Please look forward to his appearance as a famous celebrity and Jung Saet Byul’s warm-hearted friend.”

In the meantime, check out Kim Min Kyu in his latest drama “Queen: Love and War”: