On the June 26 broadcast of “Convenience Store Restaurant,” Jeon Hye Bin, who got married in December of last year, invited Girls’ Generation’s Yuri and Hyoyeon to her house and served them delicious food and wine. They conversed about various topics and came across the topic of Jeon Hye Bin’s golden years of her career. Her life may have seemed glamorous at the time, but she was actually struggling with depression.

Jeon Hye Bin shared, “I took dangerous and extreme measures. I felt like I was going to die if I didn’t move. I thought I had to do something. I was depressed until I got married. It was serious enough that I had to take medication for it.”

Then she added it was her husband who helped her overcome it. She said, “When I first met him, I had a feeling that he was the one for me.” She recalled that meeting her husband at the worst point of her life felt like a big hope for her. She remembered shedding a lot of tears when he proposed to her, and she shared that she was deeply moved by his infinite love for her. 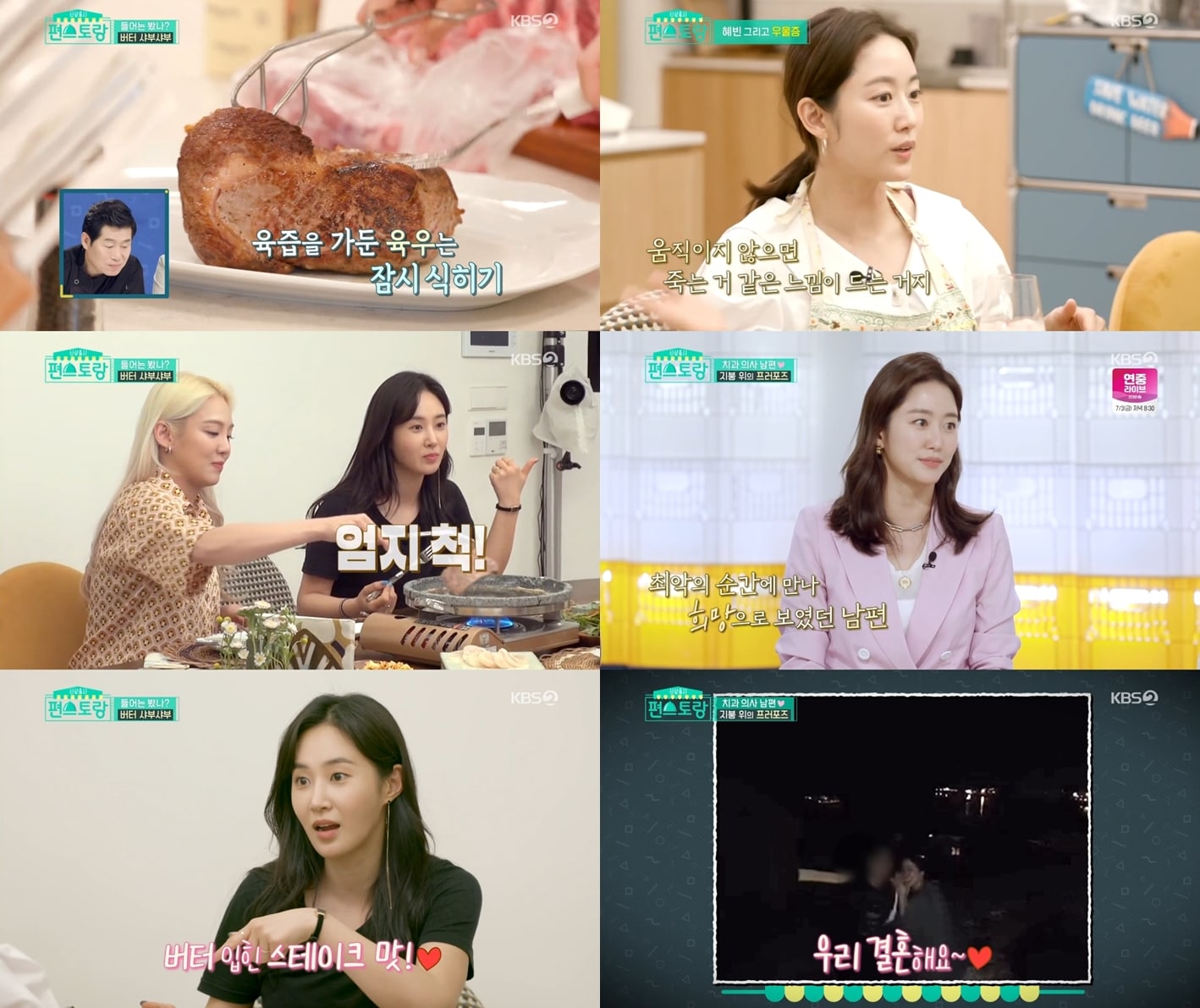 Jeon Hye Bin recently returned to acting with a special appearance in “Oh My Baby.”

Watch her in the drama “Live or Die” on Viki:

Jeon Hye Bin
Convenience Store Restaurant
How does this article make you feel?