Yoo Jae Suk, Lee Hyori, And Rain Take A Blast To The Past In Retro Styles For Co-Ed Group

On the June 27 episode of MBC’s “How Do You Play?”, Yoo Jae Suk, Lee Hyori, and Rain continued their project of forming a co-ed group.

After narrowing down the choices for their debut track, the three members of SSAK3 met with celebrity stylist Han Hye Yeon. Rain said, “I first met her sixteen years ago. She was in charge of styling me when I was doing ‘Full House.’ She has a unique sense of style, so she dressed me in clothes that no one else could wear.” 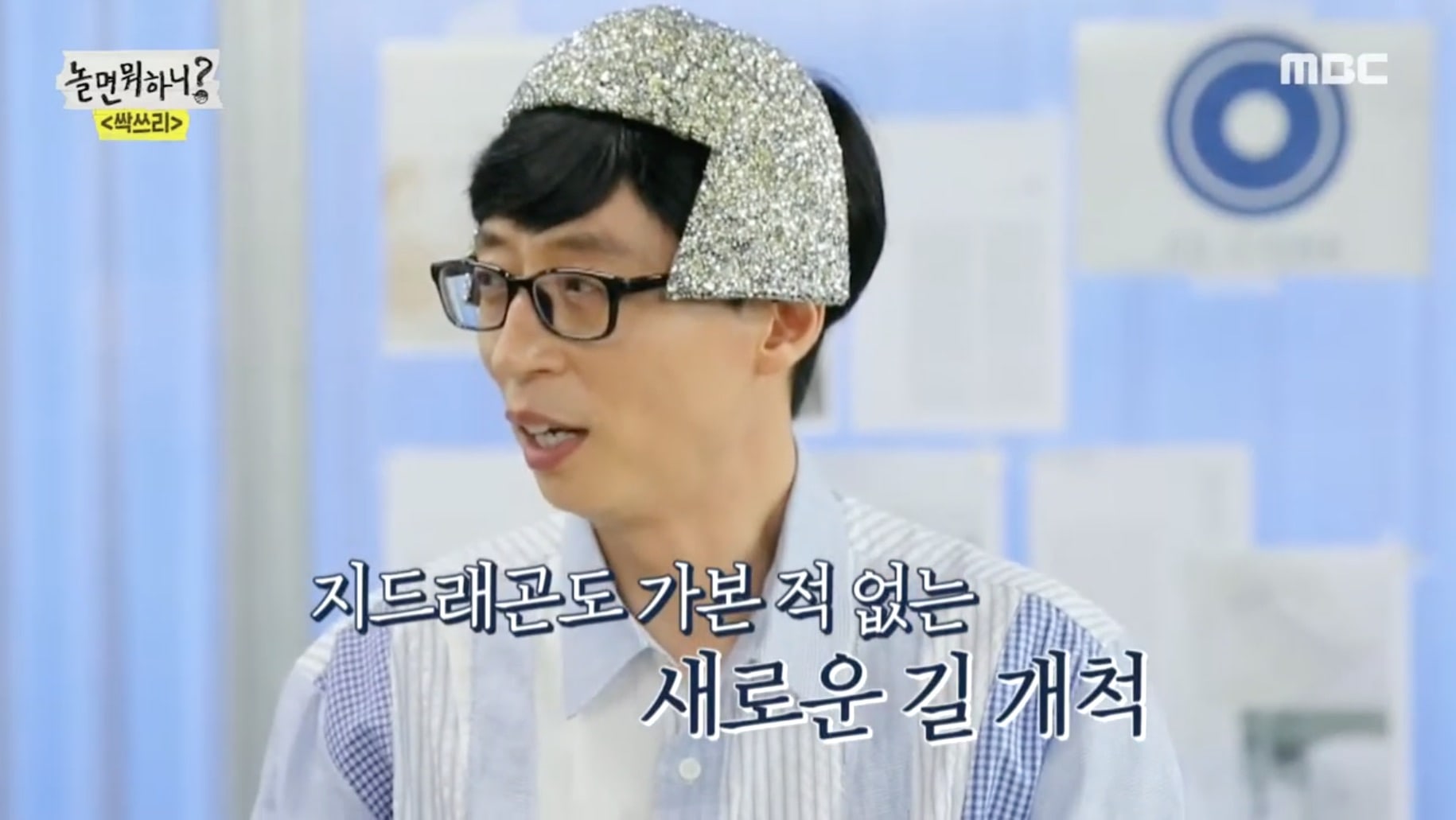 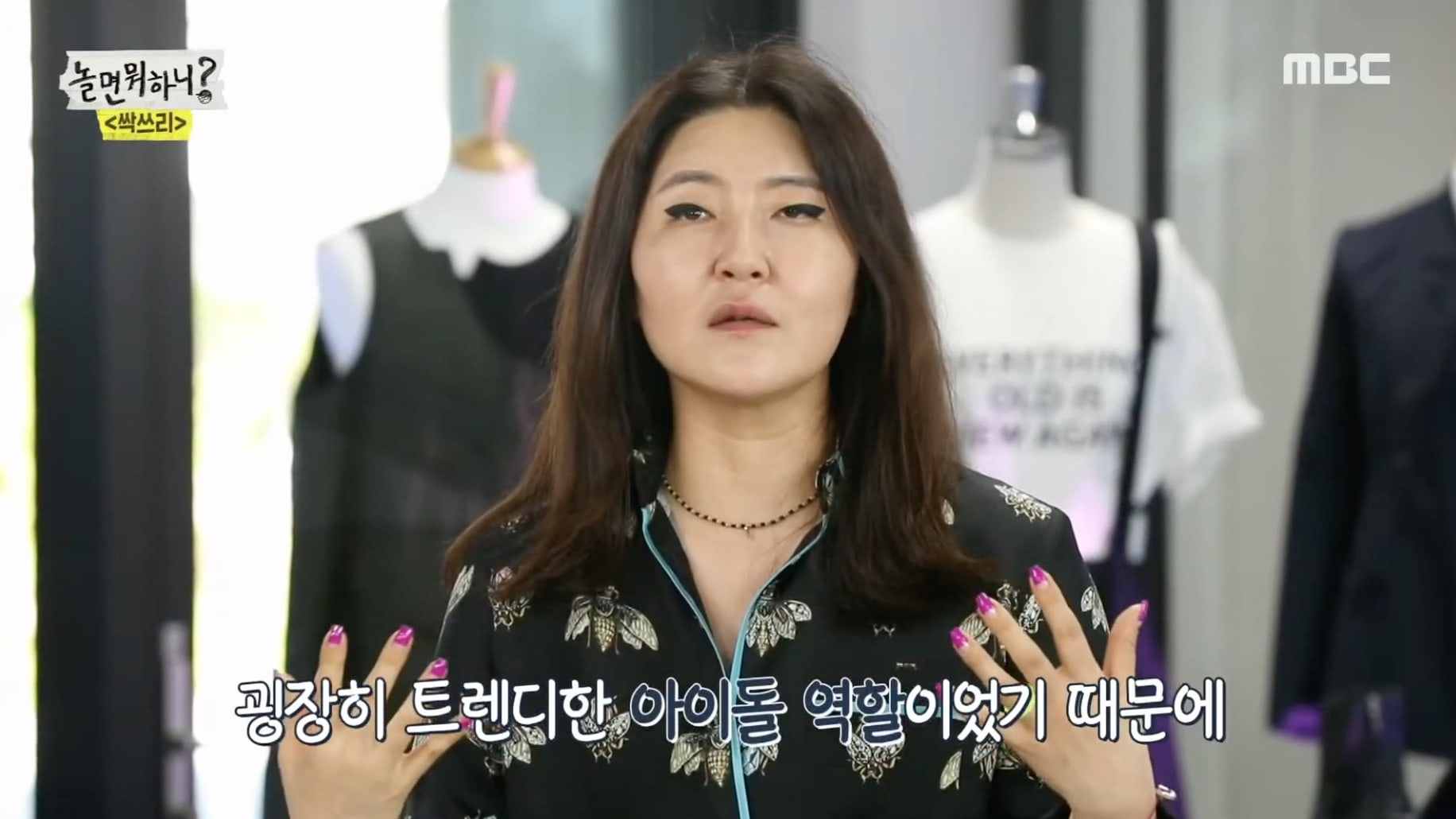 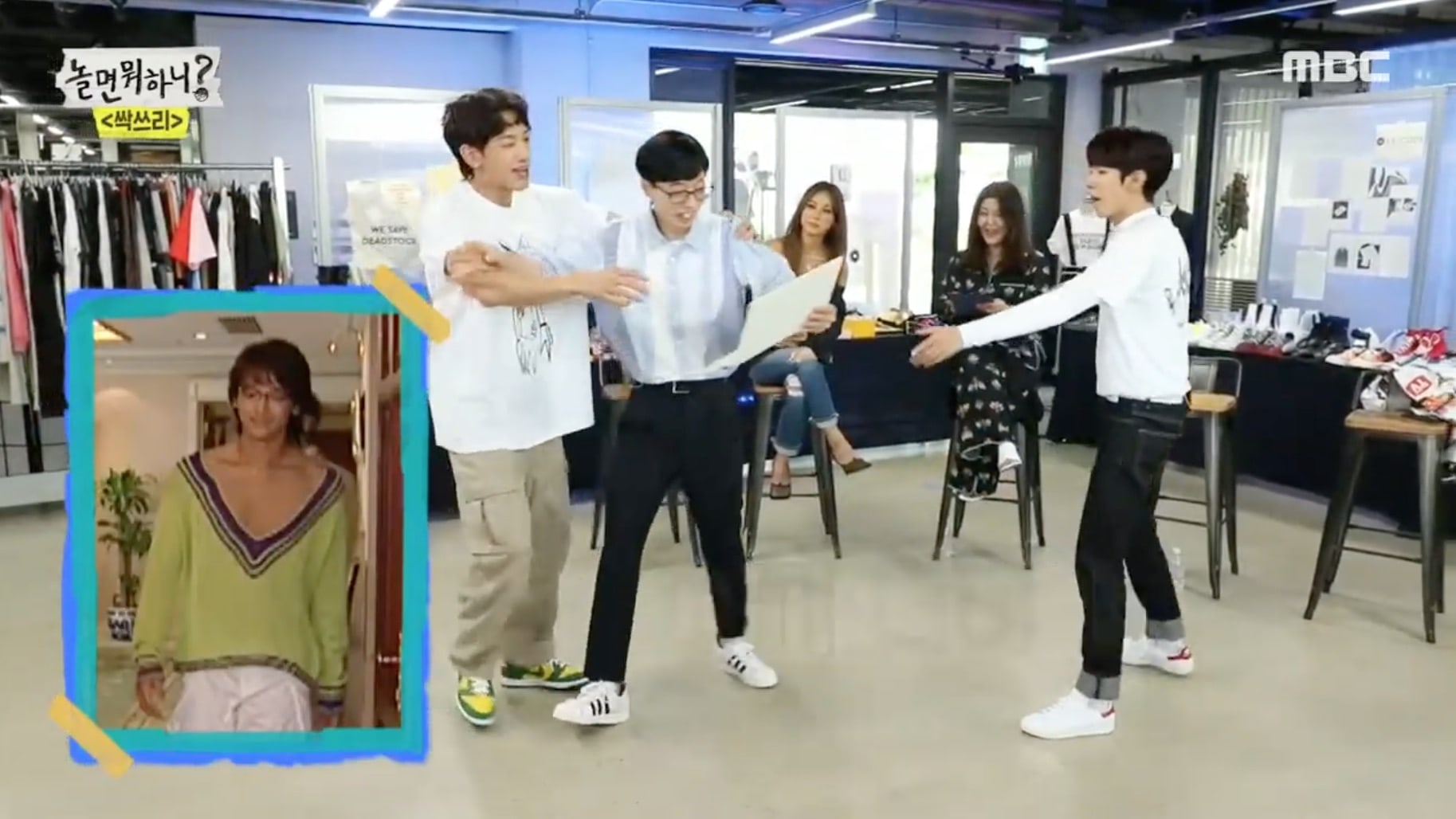 With Han Hye Yeon’s help, Linda G (Lee Hyori), Yoo Dragon (Yoo Jae Suk), and B-Ryong (Rain) recreated classic looks in jumpsuits, bucket hats, and hairbands. Lee Hyori put on a black-and-white dress and said, “This needs a strong fan in order to complete the look” and posed in front of one that blew her hair back. 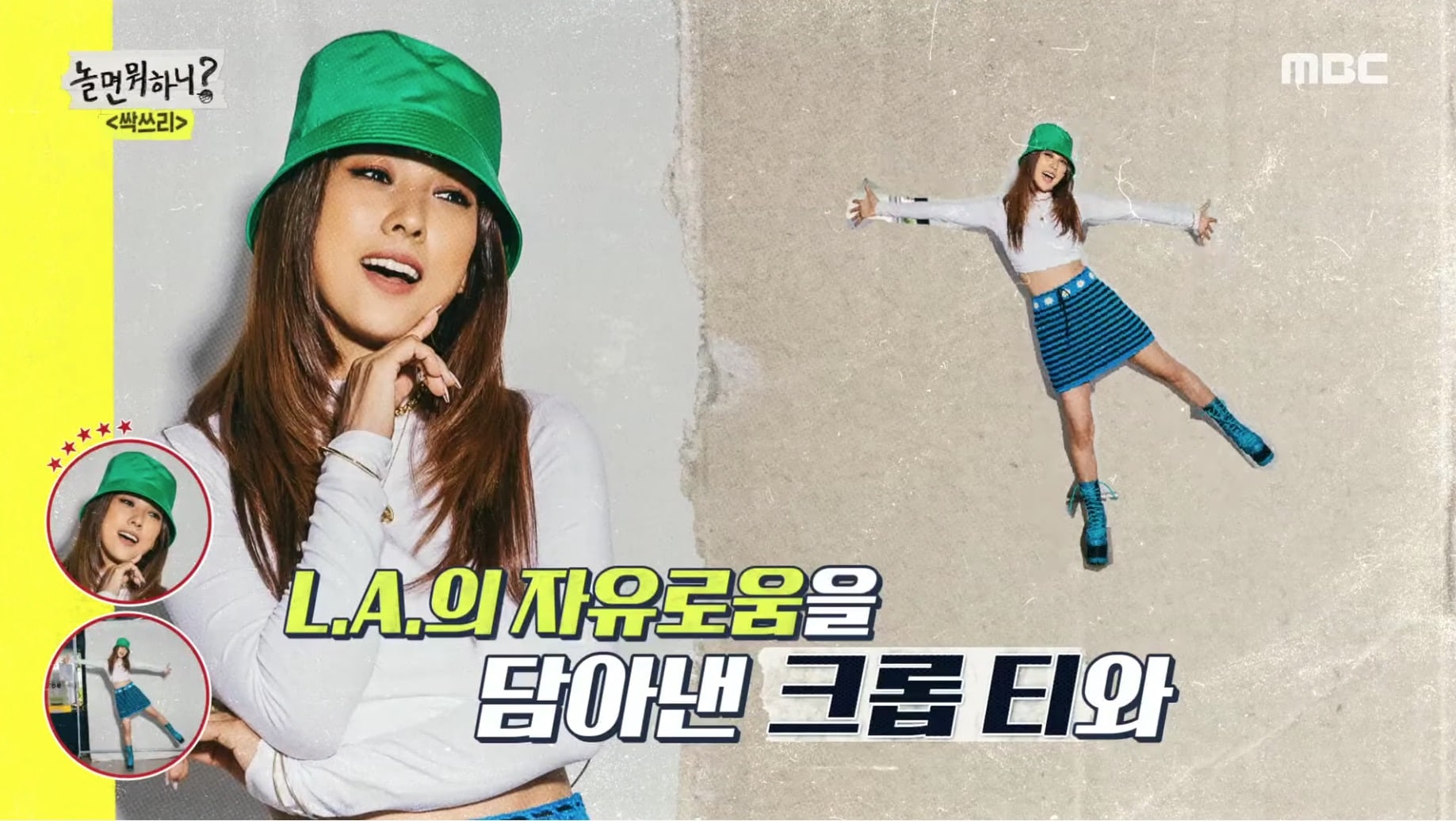 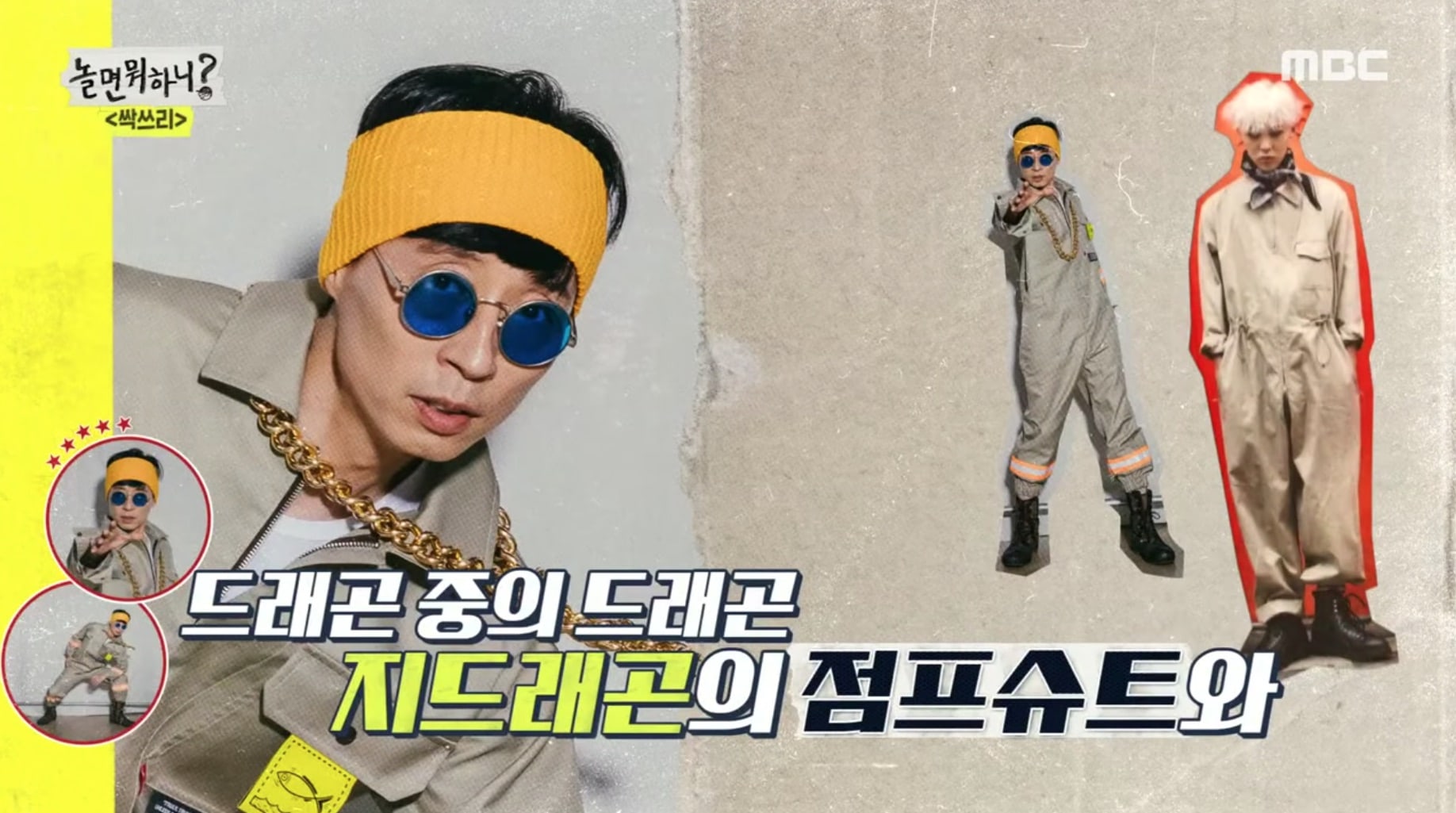 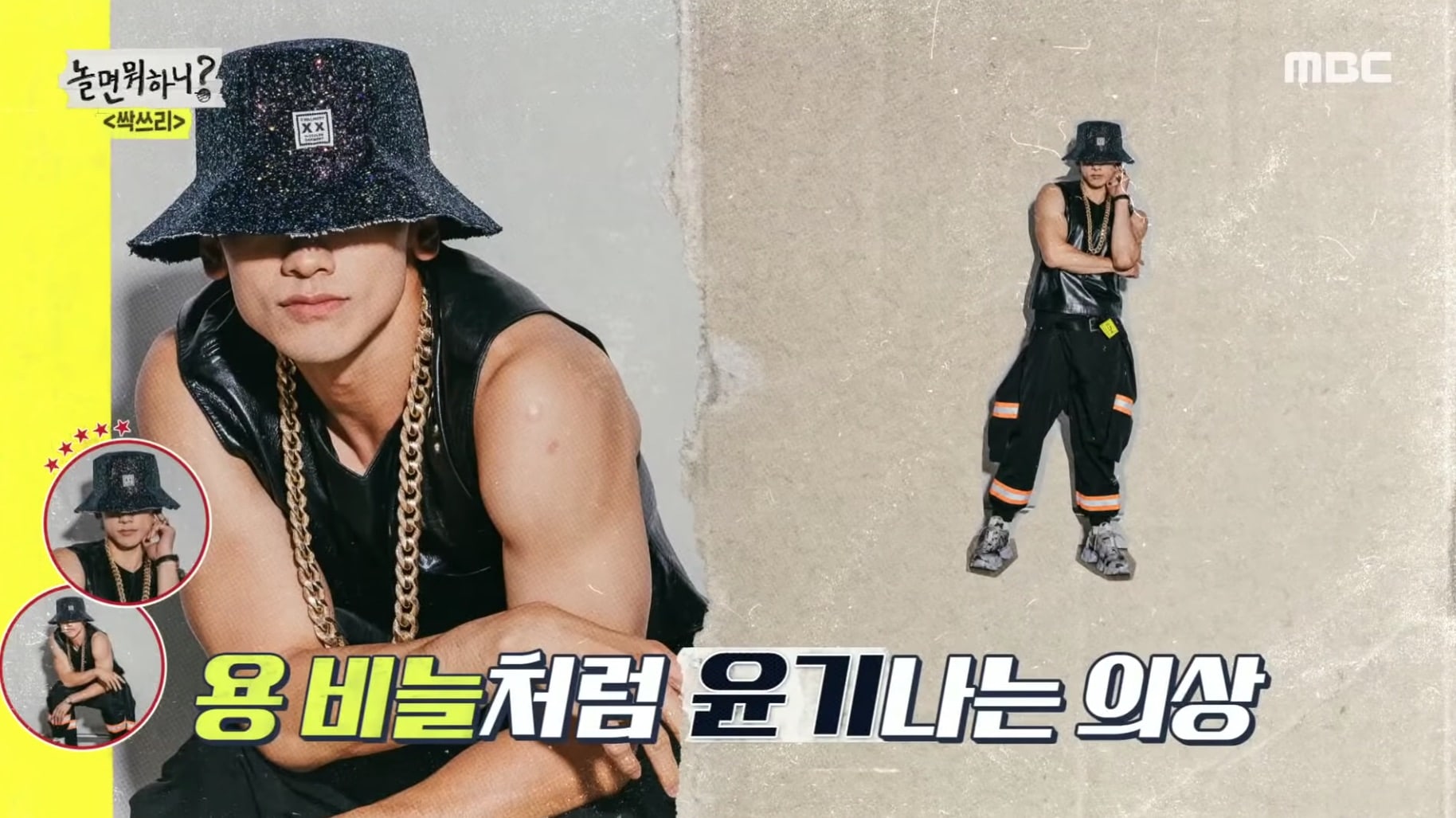 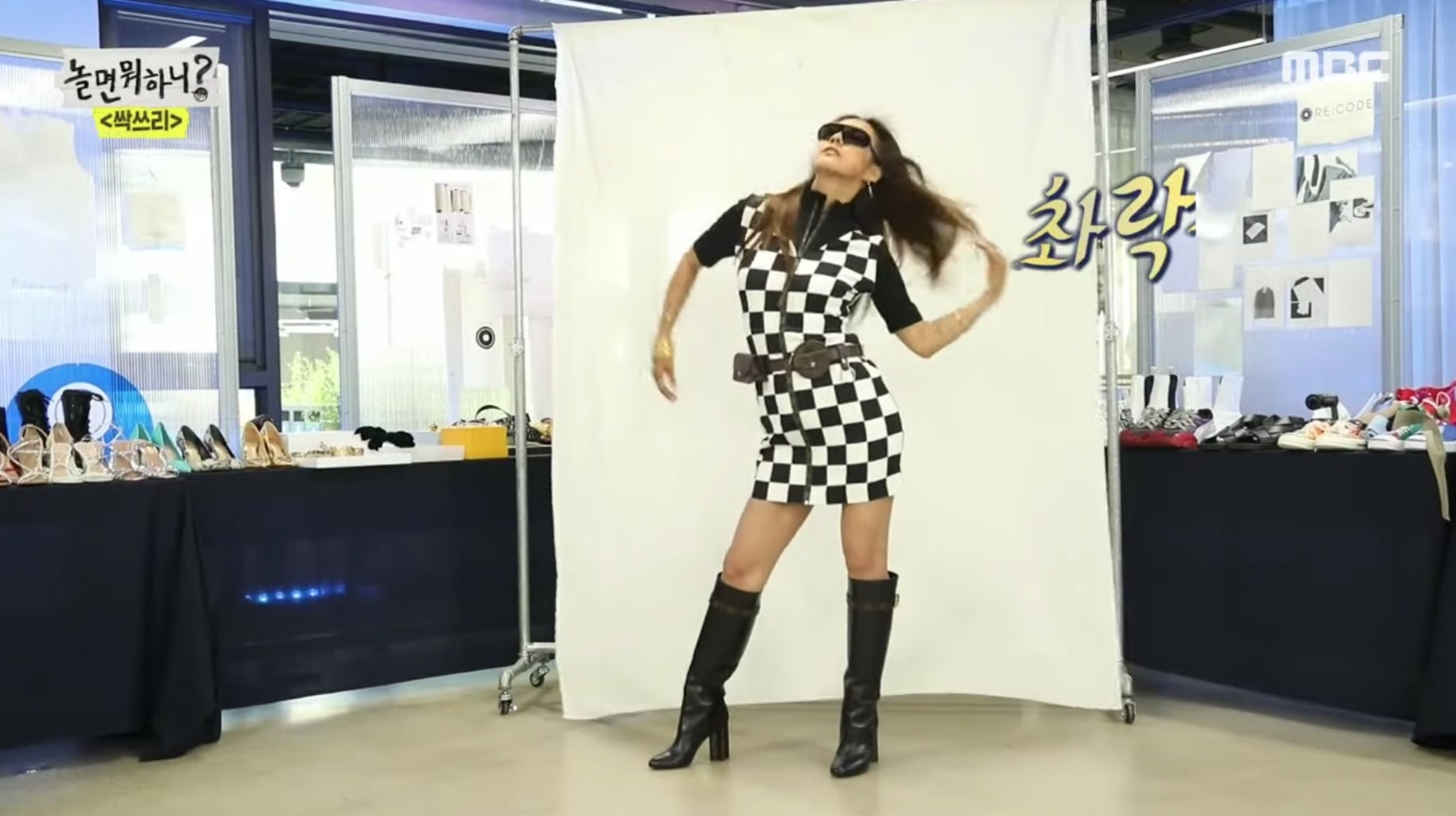 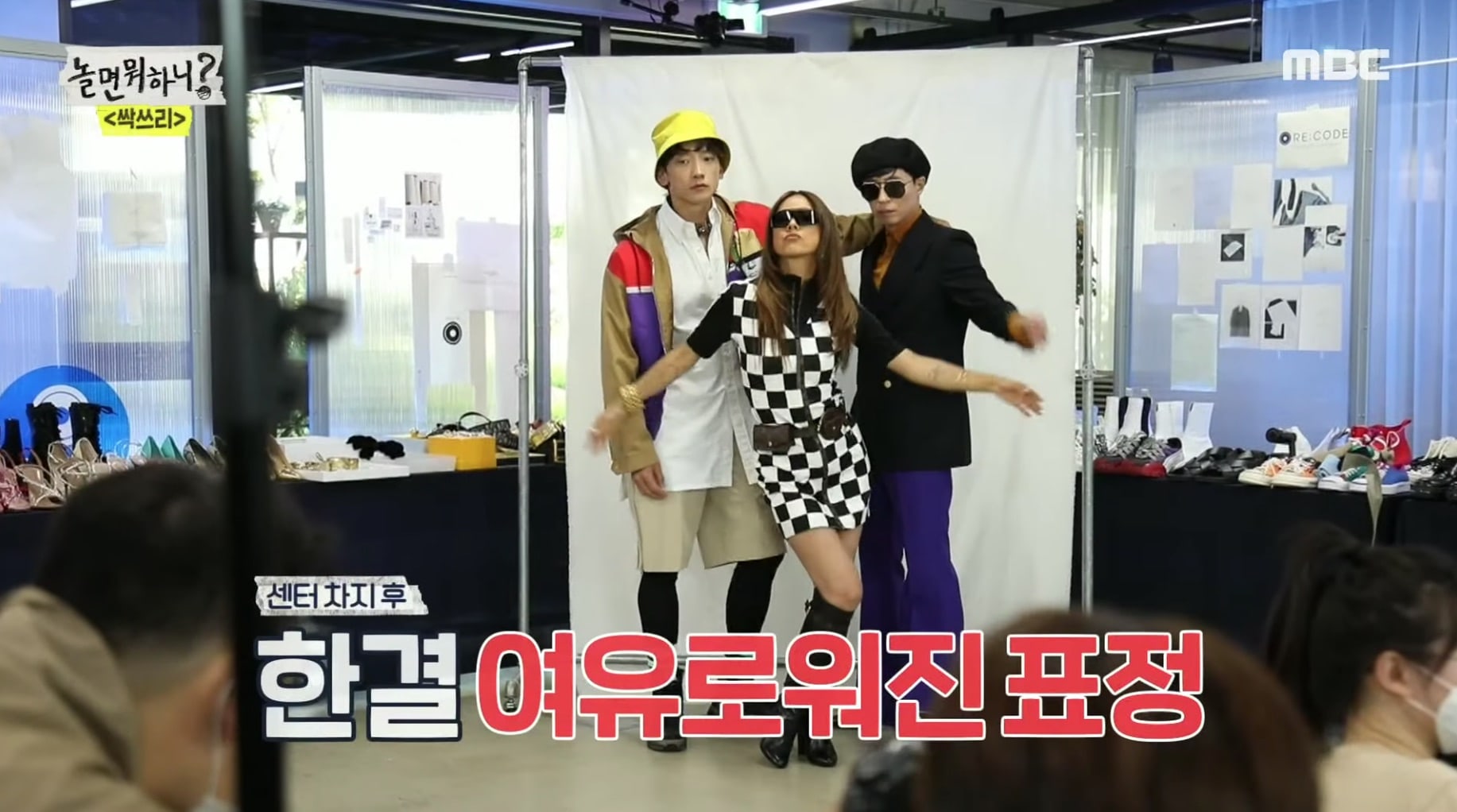 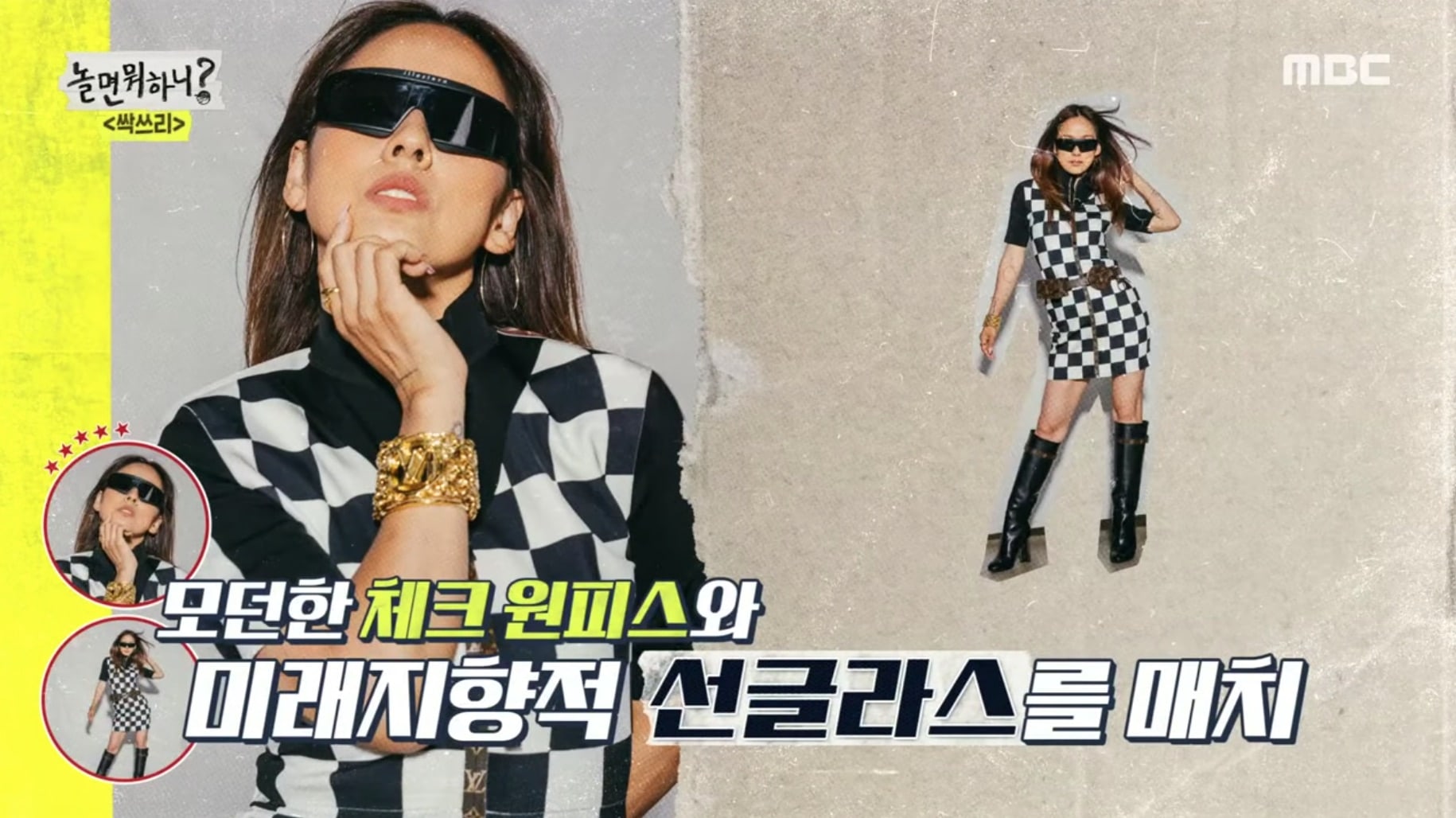 However, a pair of brightly patterned leggings made even Lee Hyori embarrassed and she said, “I feel like a grasshopper.” Throughout the photo shoot, Rain showed off his well-defined muscles, and Yoo Jae Suk commented, “Why do you keep taking your clothes off?” At the end, Lee Hyori said, “Can I just wear this out? I feel like I need to go to a nightclub tonight.” 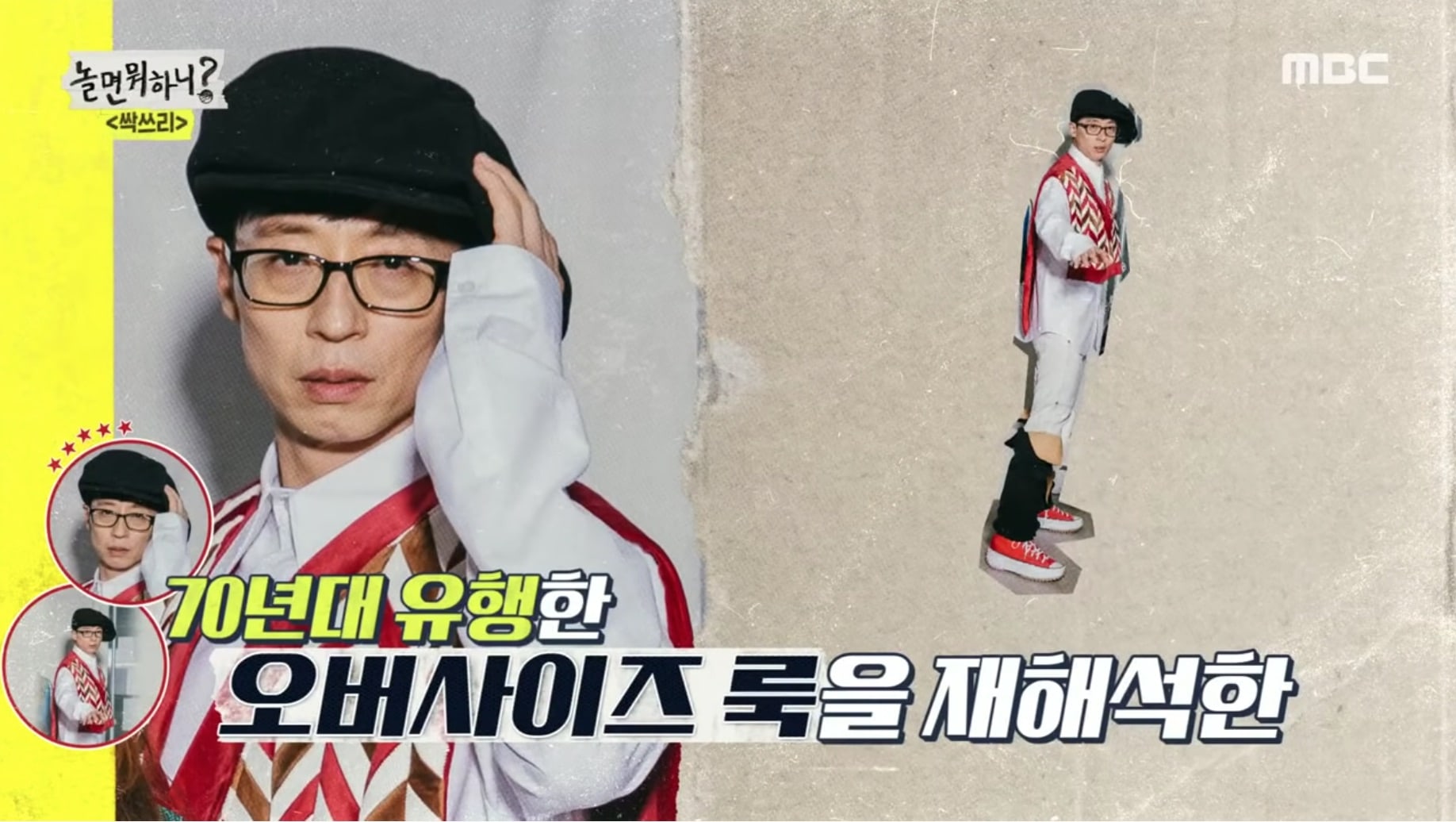 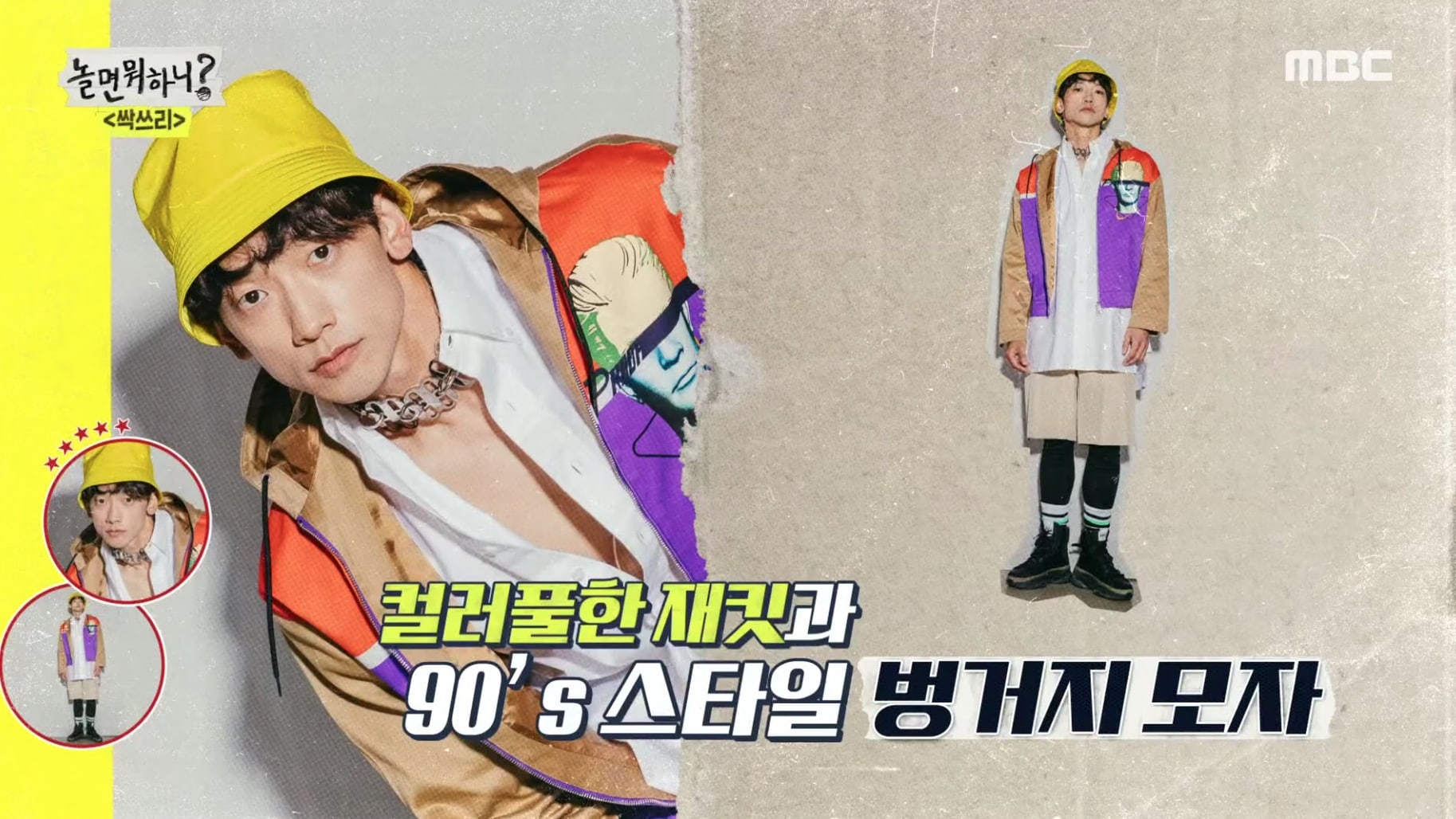 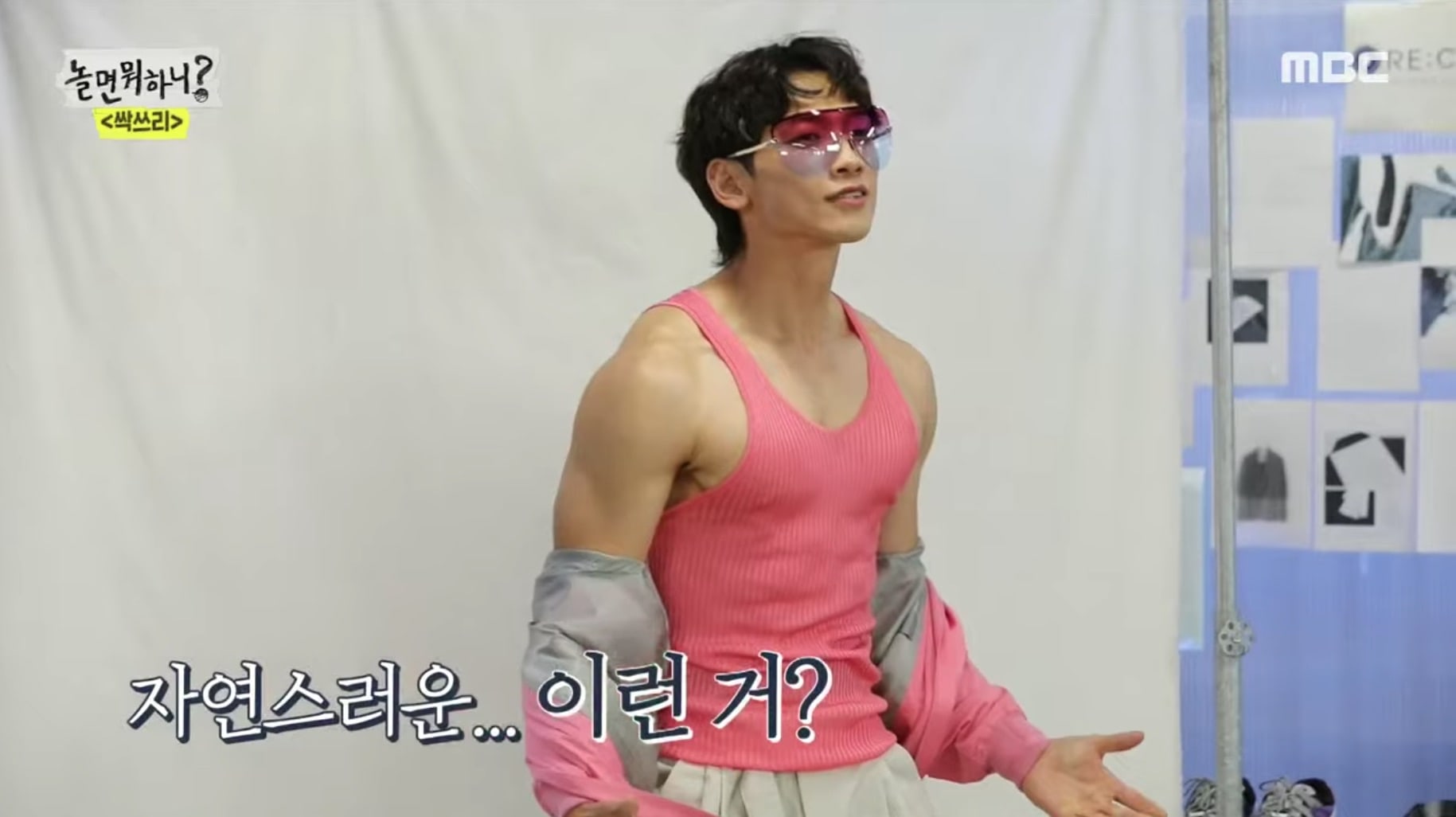 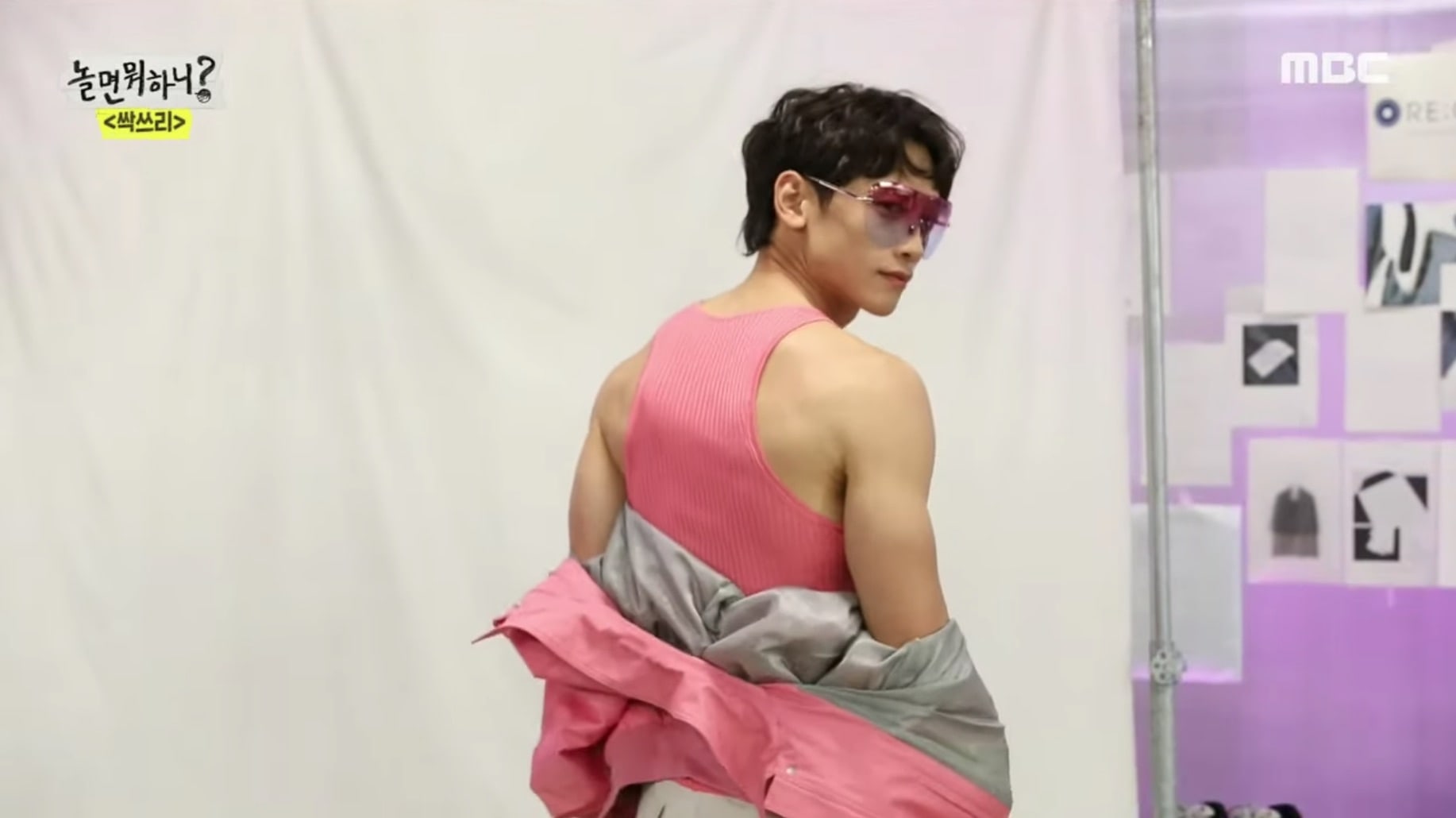 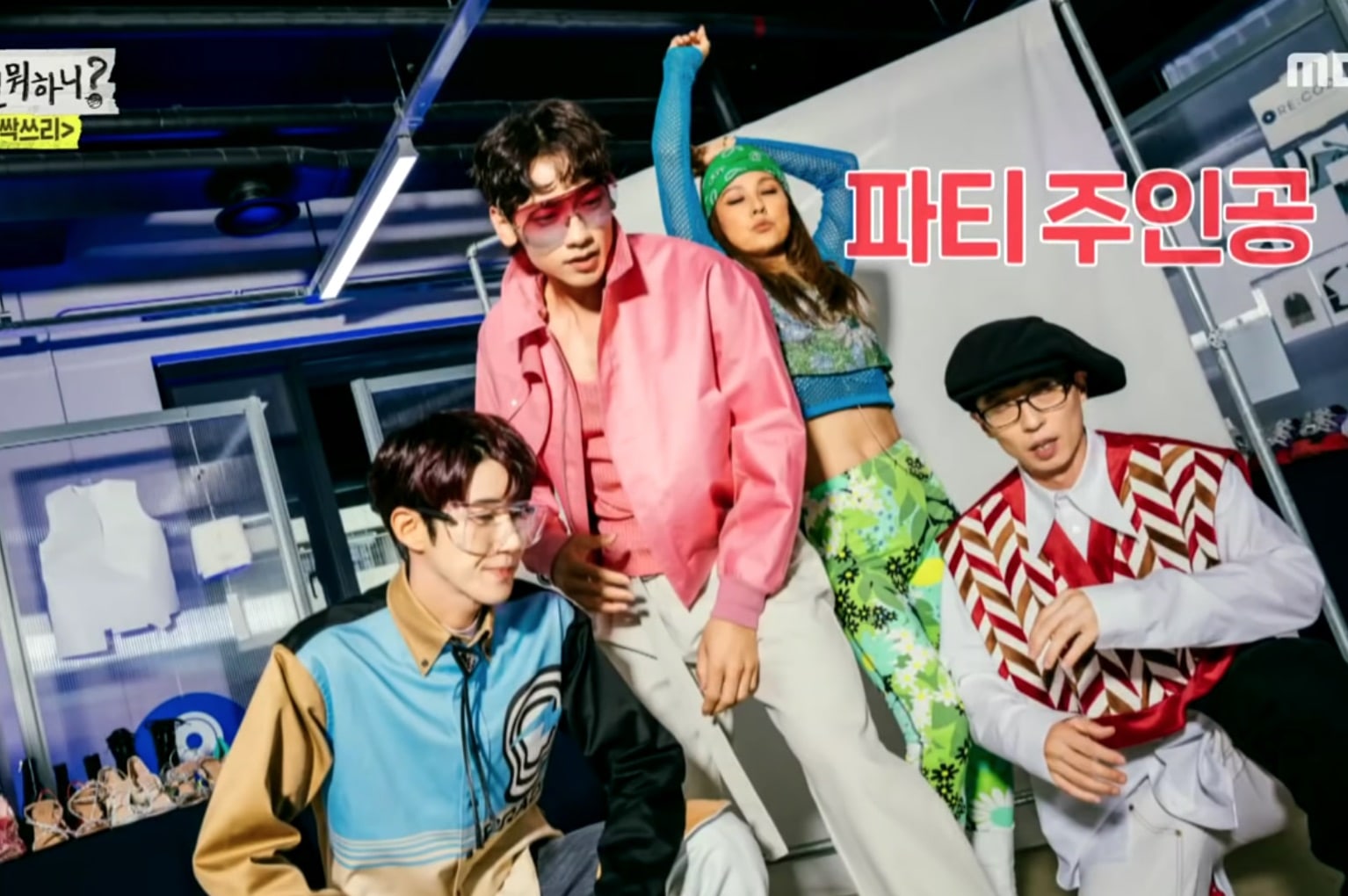 Several days later, the three members met again at the studio to record a cover of Deux’s “In Summer.” Lee Hyori suggested that Kwanghee also participate, and producer Park Moon Chi arrived to help them with the recording. Park Moon Chi asked Lee Hyori to record as cleanly as possible, but she couldn’t control her excitement and energy at first before settling down to a classic 90s sound.

Rain, who put too much soul into his vocals, was asked to tone down the R&B vibe and reduce the breathy sound in his voice. Yoo Jae Suk was nervous before entering the recording booth, but Park Moon Chi was pleased with his precision. Kwanghee asked the producer to auto-tune his voice, but Lee Hyori said, “Then no one will know you sang it” and told him to sing in his original voice.

Finally, the members went to a hotel in Seoul in order to film their new music video.