On the June 27 episode of tvN’s “Amazing Saturday,” SEVENTEEN’s Seungkwan and Woozi appeared as guests.

“Amazing Saturday – Do Re Mi Market” is a segment in which cast members and guests have to write down song lyrics by ear. Due to their fast-paced and challenging lyrics, SEVENTEEN’s songs are frequently featured on the show as missions.

Seungkwan said, “Hoshi and DK were here last time. That was two years ago. This is our first time in two years going on the show.” The cast said that they cast them on the show to scold them for their difficult lyrics, but Seungkwan said, “This is the person you really have to scold.” He pointed at Woozi, who writes 90 percent of SEVENTEEN’s songs. 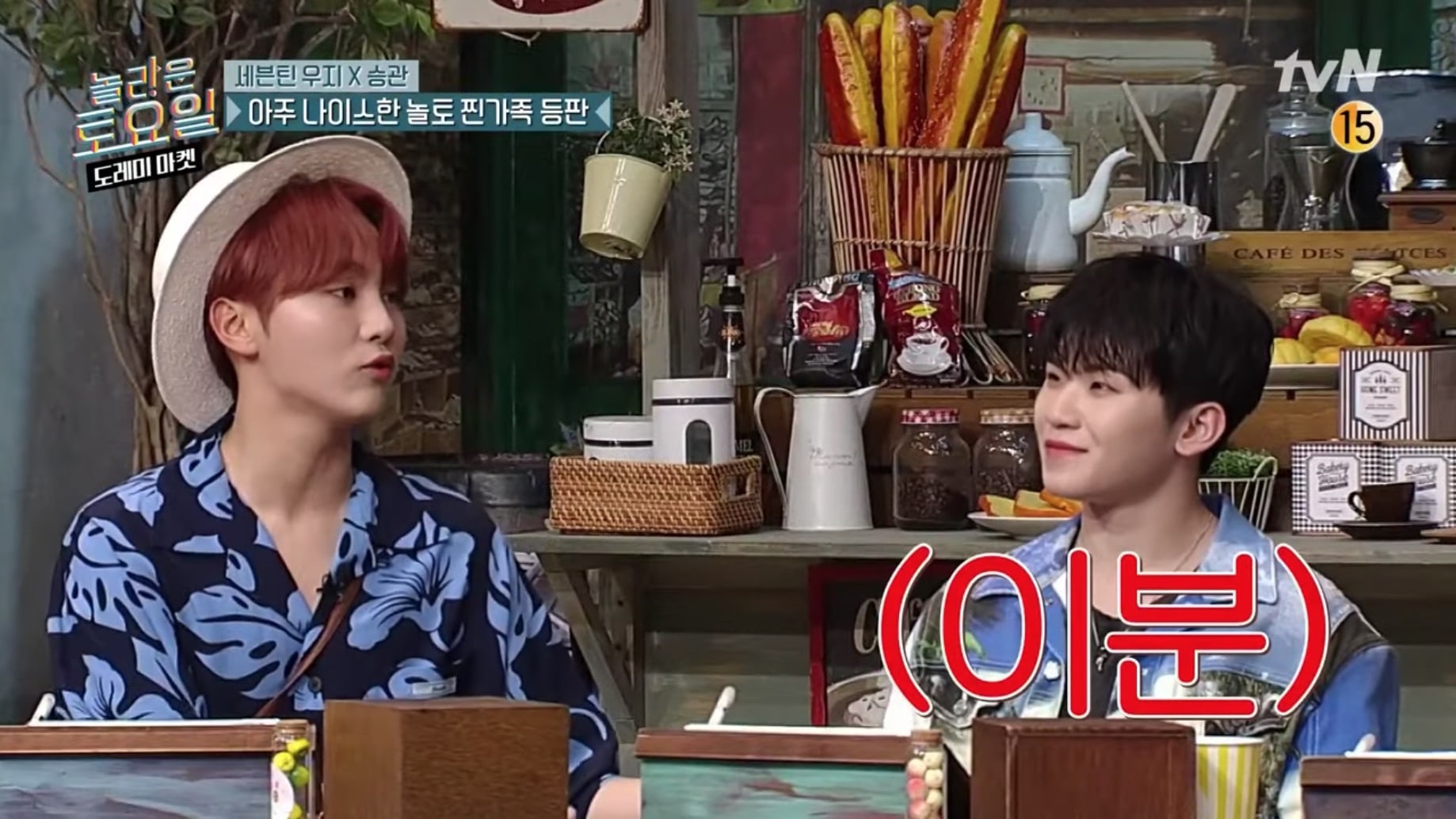 “You must have a lot of affection for this show,” MC Boom said. Woozi replied, “I feel very apologetic. This wasn’t my intention. I’m not trying to write difficult lyrics, or make difficult music, but I saw the cast having a hard time and I felt like I should apologize.”

Seungkwan was then asked about his reputation as the “boo-kebox” (combination of “jukebox” and his surname, “Boo”). He got this nickname from being able to identify a song after a single second and even beat Super Junior’s Kim Heechul, the renowned expert at this game. “I was acknowledged by Kim Heechul,” he said.

The mission songs for this week were AKMU’s “Idea” and Maya’s “Cool.” Although the cast did not end up completing the round at first, Seungkwan acquitted himself well by identifying nearly all of the lyrics for “Idea.” During a separate snack round, he also danced to 4Minute’s “Muzik.”

SEVENTEEN
Woozi
Seungkwan
Amazing Saturday
How does this article make you feel?