Park Shi Hoo Prepares His Next Scheme In “King Maker: The Change Of Destiny”

Park Shi Hoo has another plan up his sleeve in TV Chosun’s “King Maker: The Change of Destiny.”

New stills show Choi Cheong Joon speaking privately with two very unexpected people. He is seated with Na Hab (Yoon Ah Jung) and Kim Byung Hak (Han Jae Young) of the Jangdong Kim Clan that he loathes, making viewers wonder what sort of plan he has up his sleeve this time. He receives an enormous sum as the fortune teller’s fee to predict the future of the Jangdong Kim Clan, and his prediction makes Na Hab and Kim Byung Hak give him their full attention. 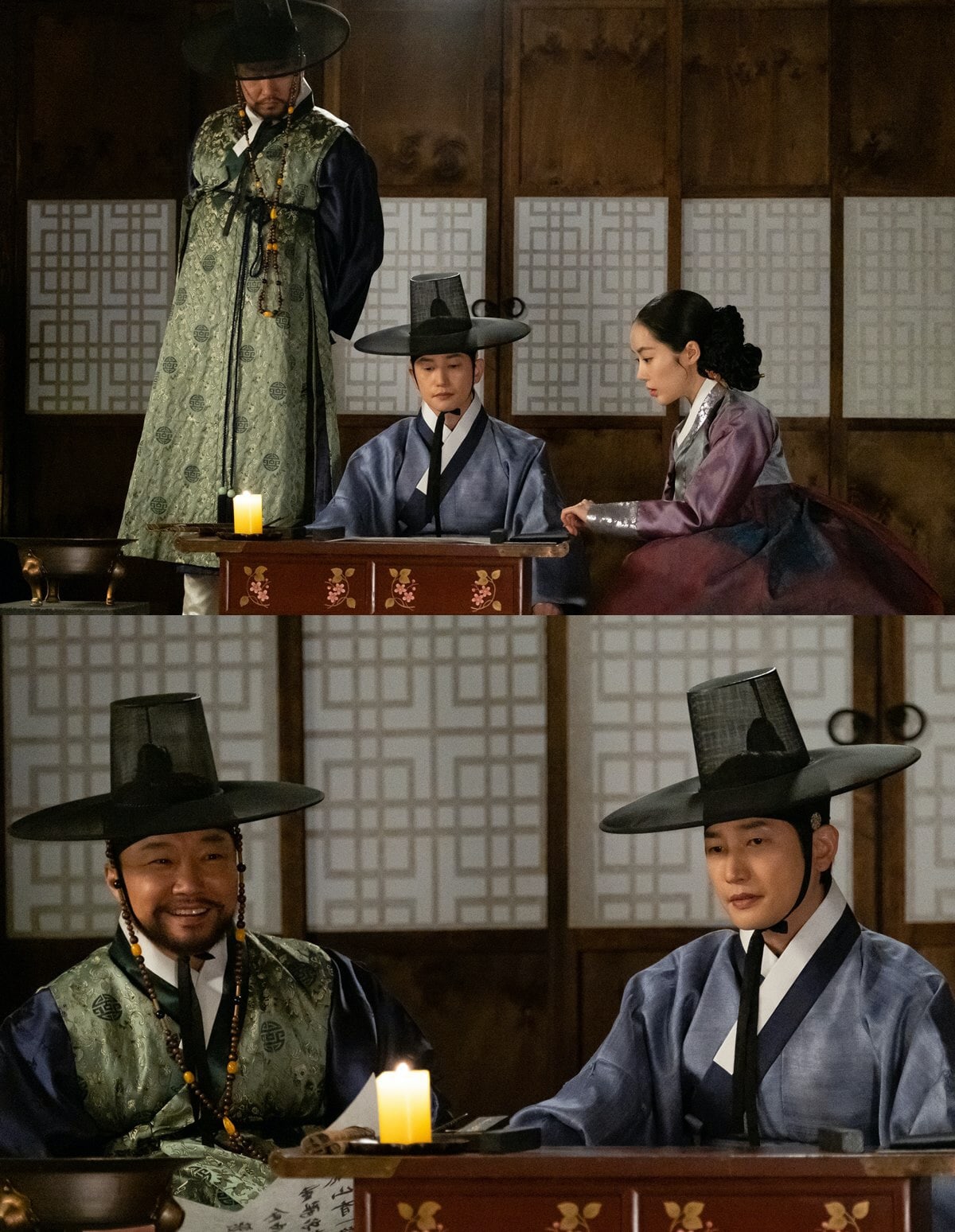 In the meantime, catch the latest episode below!