“Dinner Mate” tells the story of a man and woman who have grown jaded about romance after experiencing painful heartbreaks. Through their dinner dates, they eventually recover their ability to feel emotion and begin to find love over food. Song Seung Heon stars as Kim Hae Kyung, a psychiatrist and food psychologist, and Seo Ji Hye plays the energetic producing director (PD) Woo Do Hee.

Previously, Woo Do Hee officially began her romance with Kim Hae Kyung after they realized their feelings towards each other. However, their romance continued to be threatened by the presence of Jung Jae Hyuk (Lee Ji Hoon), who follows her around the office and even to her house, as well as Jin No Eul (Apink‘s Son Naeun), who revealed on a live broadcast that she had once been in a relationship with Jung Jae Hyuk.

The new stills show Woo Do Hee carrying a frying pan, her face filled with fear as she fixes her eyes on the object of her fright. Curiosity is mounting over what could have caused Woo Do Hee to shed her usual cool and casual demeanor. 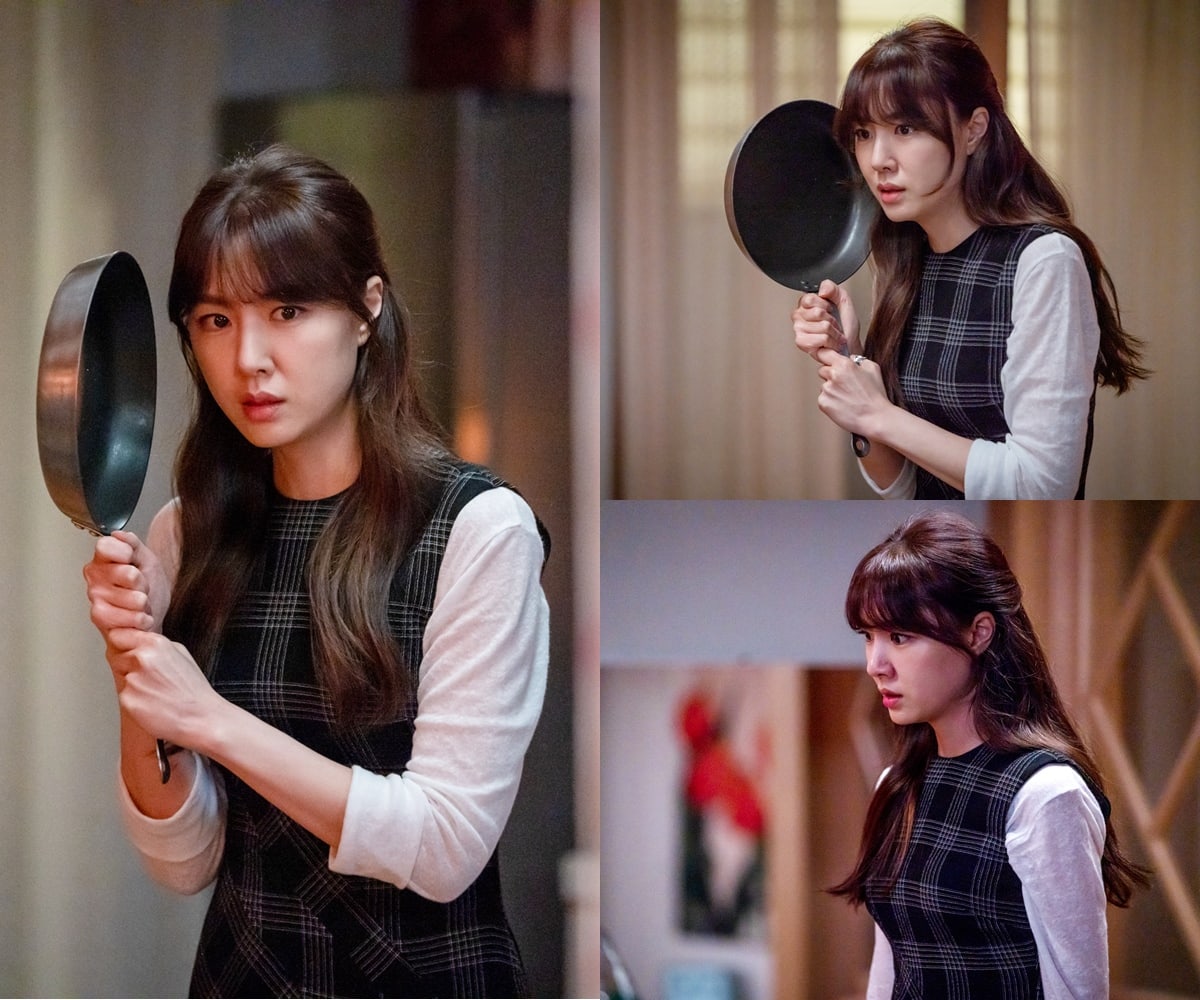 Seo Ji Hye
Dinner Mate
How does this article make you feel?