Kim Tae Ri Discusses The Most Courageous Thing She’s Done, Why “Space Sweepers” Was Special To Film, And More

Kim Tae Ri made her impressive debut in the critically acclaimed 2016 film “The Handmaiden,” beating out nearly 1,500 other candidates for her role. She later starred in the film “Little Forest” and gained even more recognition for her small-screen debut with “Mr. Sunshine.”

The next project of Kim Tae Ri’s is the upcoming film “Space Sweepers.” Although the film was originally set to premiere this summer, its release was postponed due to COVID-19. The film also stars Song Joong Ki and is set in the year 2092 following the crew of a space junk collector ship called The Victory. When they discover a humanoid robot named Dorothy that’s known to be a weapon of mass destruction, they get involved in a risky business deal.

As “Space Sweepers” depicts a dystopian society, Kim Tae Ri was asked if she has ever dreamt of a utopia. She answered, “When I was younger, I was scared to think about the future. I figured that everything in our vast universe would one day disappear so I tried not to think about it. Now I think I should ask more philosophical questions about what humans will be like in the future and how they will live.” 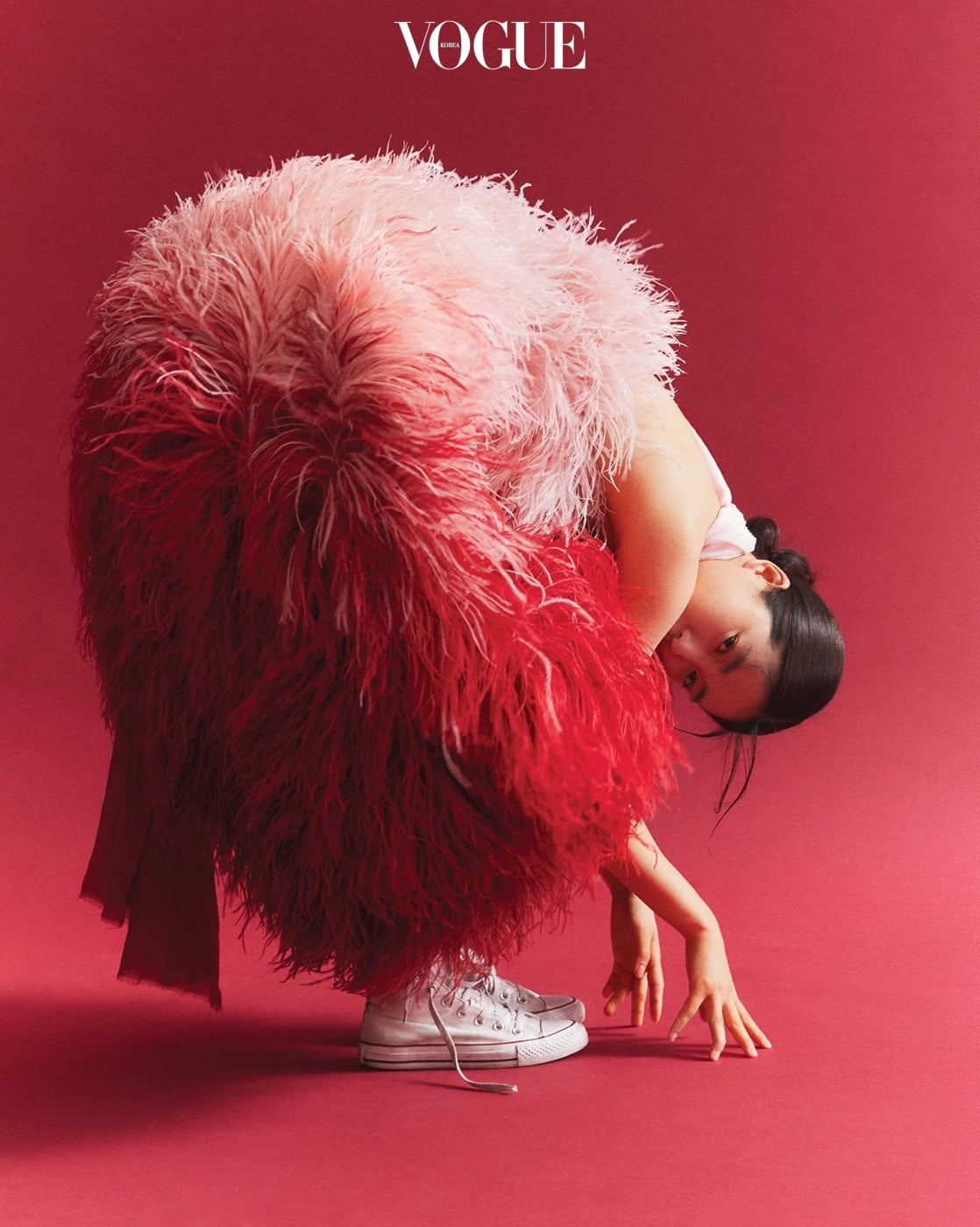 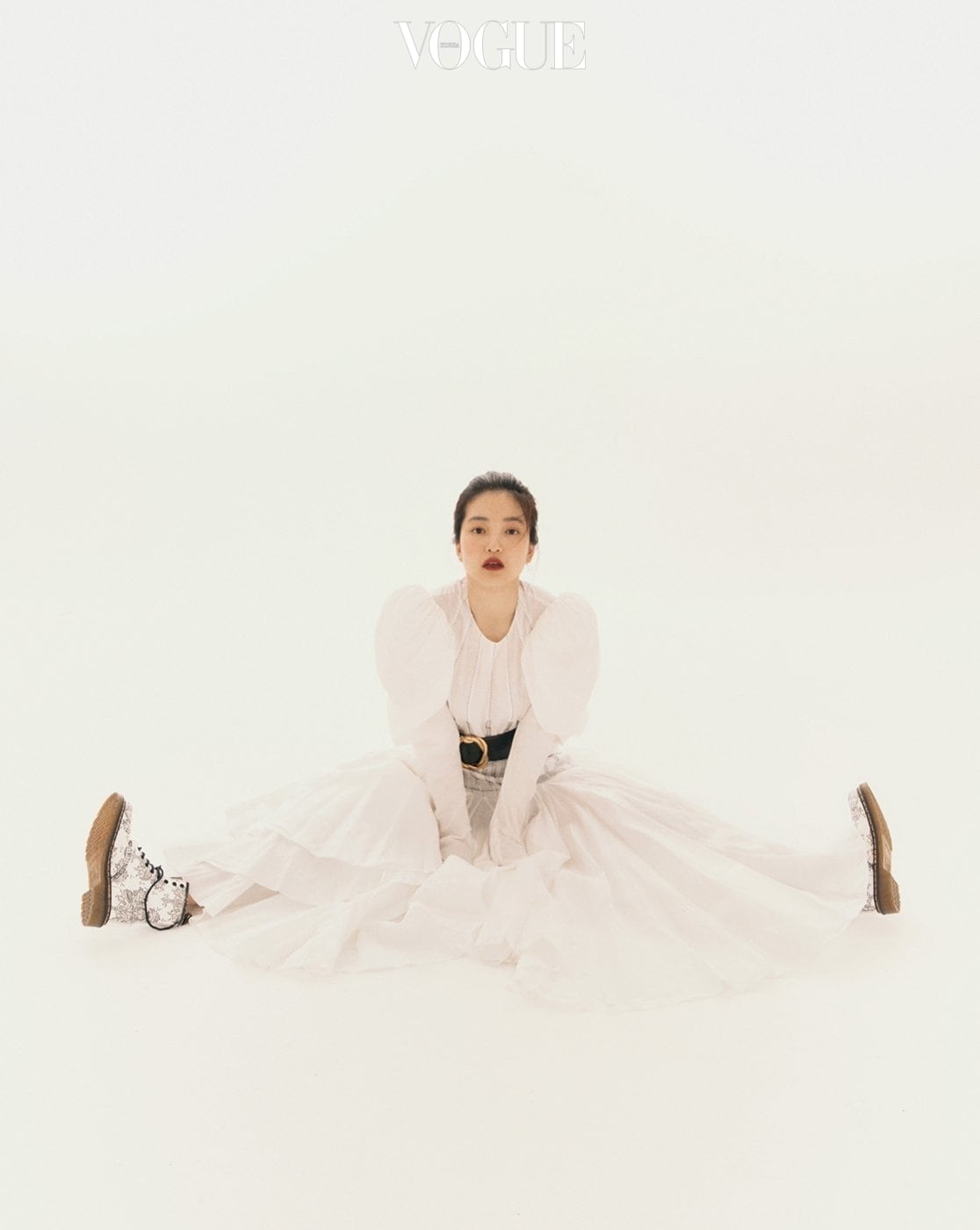 Given that “Space Sweepers” is Korea’s very first space sci-fi film, Kim Tae Ri commented, “It was really hard. What become of comfort was that it was the first time for everyone.” Laughing, she added, “My senior actors didn’t know what to expect either.”

She explained that there was still a thrill of this unknown, sharing, “All the actors, staff members, stylists, and more are the best in their respective fields but we’re all beginners in this genre. We all used our imagination to the best of our abilities every step of the way. Making a film in itself is difficult but with a new genre I thought, ‘We are all working together to make something,’ andm ‘We are taking on a huge challenge.’ I enjoyed that feeling.” 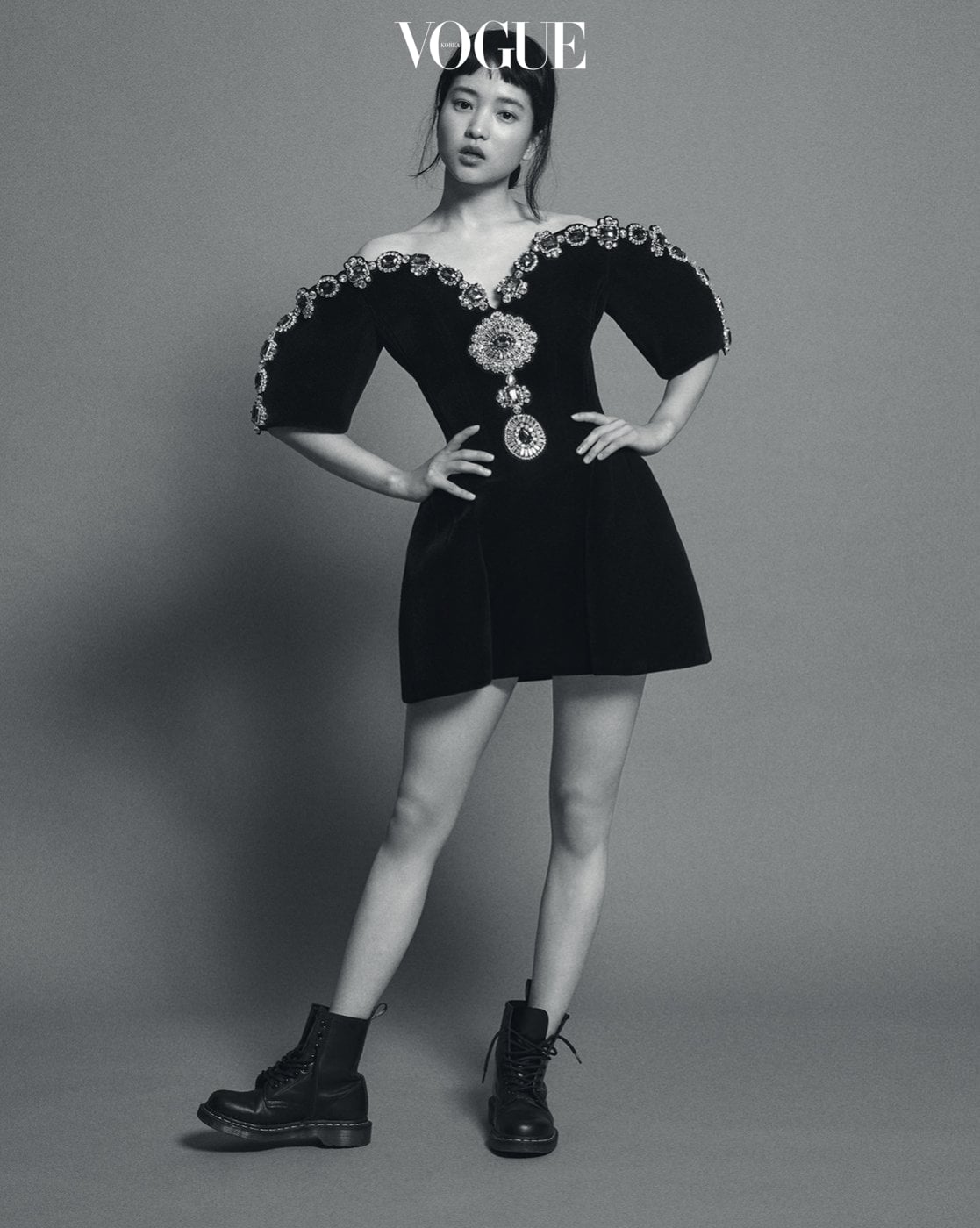 Amidst the COVID-19 pandemic, Kim Tae Ri shared that she spent her time in quarantine recording her audio book. Starting in May, Kim Tae Ri began “Kim Tae Ri’s Recovery Book,” where she uploads audio clips of her reading classic literature such as Albert Camus’ “Stranger,” Ernest Hemingway’s “The Old Man and the Sea,” and George Orwell’s “1984.”

She commented, “Once in a theatre production, I played a character who was visually impaired. During that time, I volunteered at community centers for the visually impaired recording myself reading. It was a good memory and something I’ve always wanted to do. Just when I was thinking that it was something I’d be able to do consistently, I was given this opportunity.” 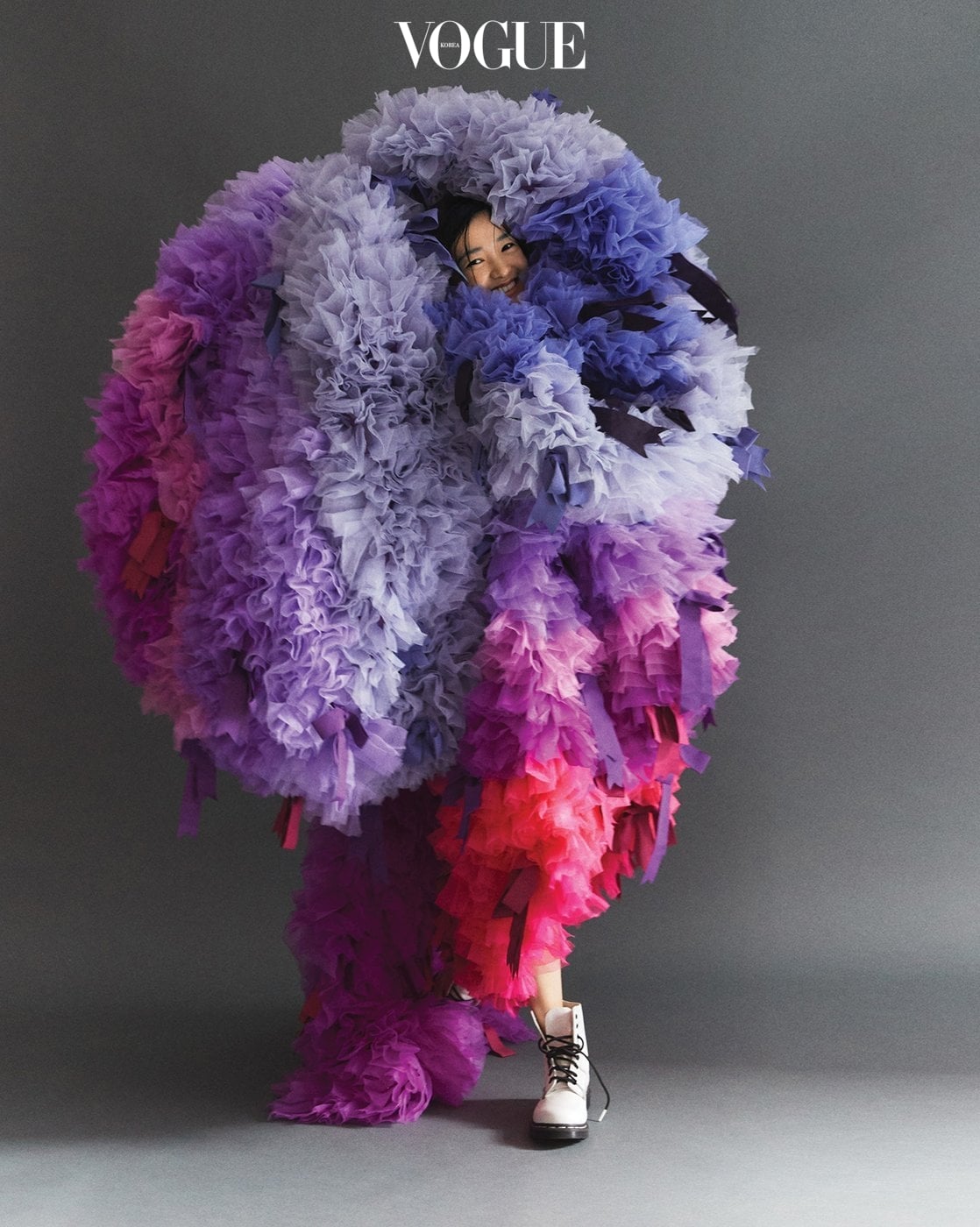 Surprisingly, Kim Tae Ri remarked that interviews are very difficult for her because she is not a good speaker. Despite her claims, Kim Tae Ri is well-known for her eloquent interviews, and she explained that she is the type to write down a lot of her thoughts.

Kim Tae Ri continued, “I recently read a book that said, ‘The wind blows in the direction it chooses to.’ That’s my current situation. I’m going in the direction I want to go in. Then I caught sight of a lighter and the flame was blowing in the wind. I thought, ‘The flame goes in the direction of the wind. What is a flame? Is it love?’ I asked my friend who is currently in a relationship, ‘Are you a flame? Or are you the wind?’ I enjoy talking about things like that. It’s a waste if you forget something like that.” 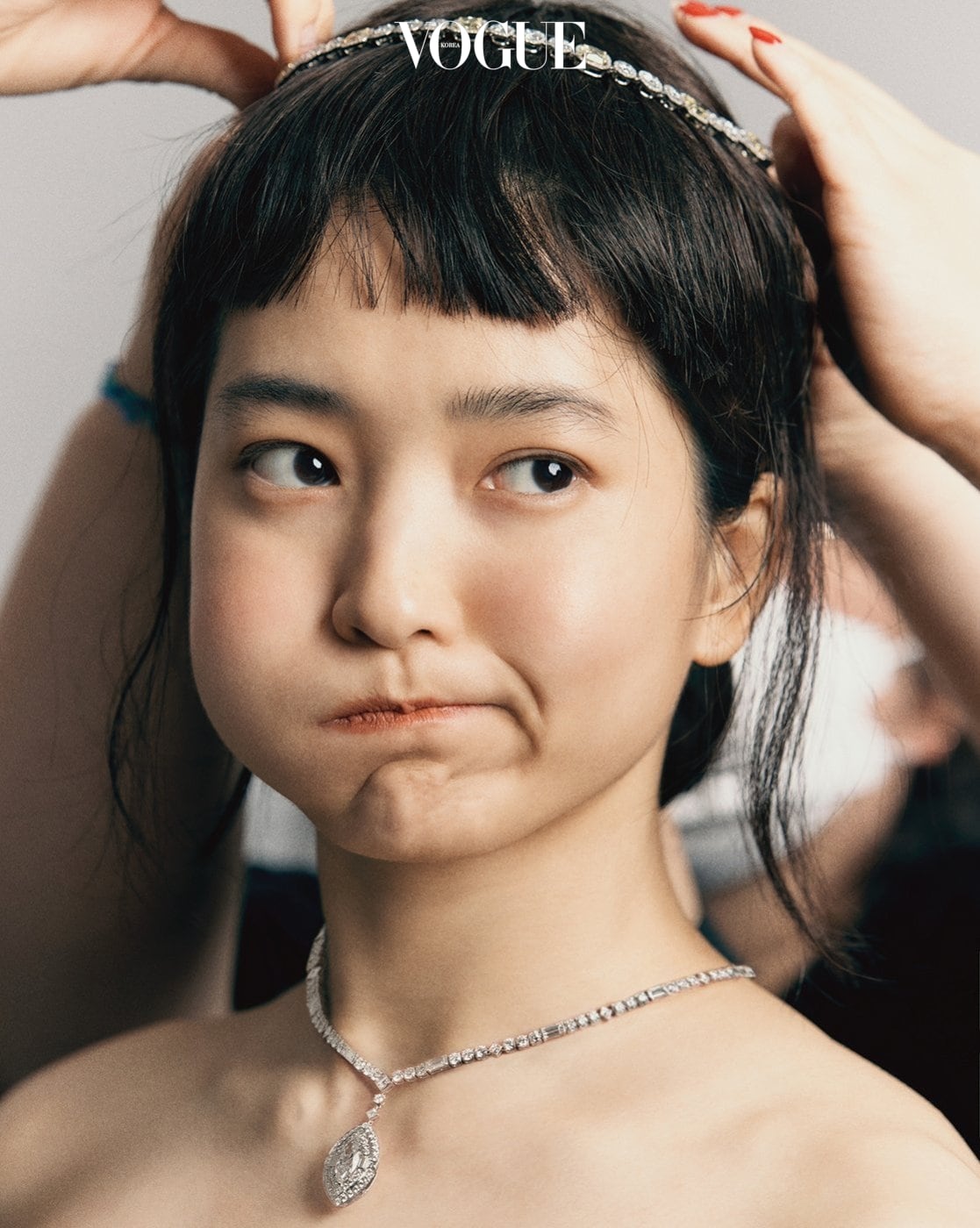 After filming “Space Sweepers,” Kim Tae Ri will appear in director Choi Dong Hoon’s sci-fi crime film “Alien” alongside Kim Woo Bin, Ryu Jun Yeol, Honey Lee, and more. The actress picked being on set as her favorite place, sharing, “It’s my workshop. Rather than when I’m acting, I enjoy chatting and dancing with my co-stars and staff members and observing the flow on set. Although it’s work, I get butterflies when I think about moments like that.”

When asked what the most courageous thing she has done is, Kim Tae Ri responded, “That I selected all of my projects myslef. Since I’ve continued to act in roles undeserving to someone of my ability, the choice in itself required a lot of courage. While completing the projects, I continued to grow weak, but I’ve been that much more courageous too. I want to become a flexible actress. An actress who is not confined.” 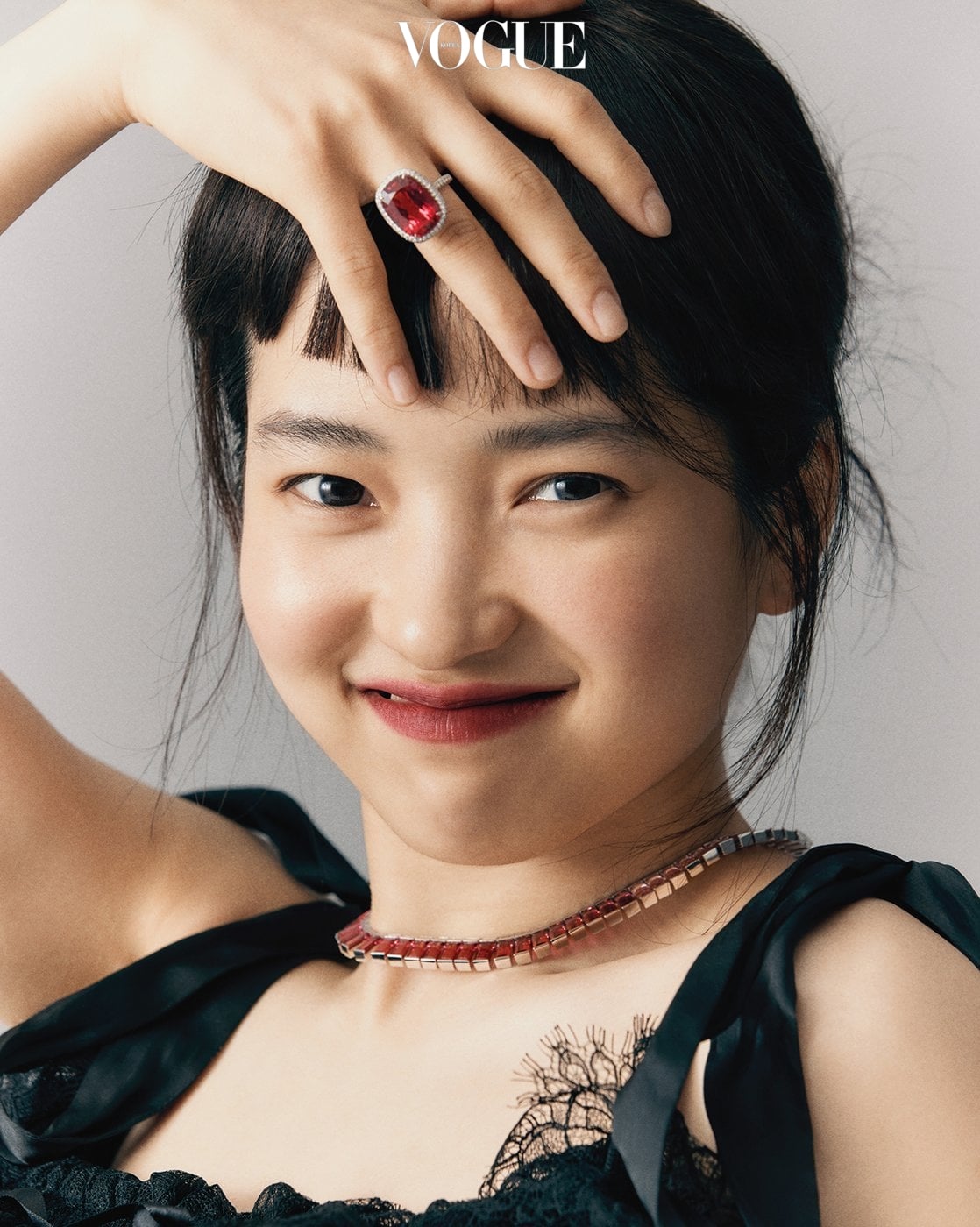 Kim Tae Ri’s upcoming film “Space Sweepers” aims to premiere around Chuseok (Korean Thanksgiving) which is celebrated from September 30 to October 2 this year. In the meantime, watch the trailer here!