MBC has shared a glimpse of Park Hae Jin and Kim Eung Soo facing grave danger in the upcoming episode of “Kkondae Intern.”

In last week’s broadcast, Lee Man Shik sincerely repented for his past mistakes, and Ga Yeol Chan went to save Lee Man Shik who was in danger.

Lee Man Shik, who was selected to be interviewed as a colleague of Ga Yeol Chan, a candidate for the executive director position, turned all the blame on himself despite threats from Koo Ja Sook (Kim Sun Young) and protected Ga Yeol Chan. Lee Man Shik also noticed that someone was stalking Ga Yeol Chan and became bait by disguising himself as if he was Ga Yeol Chan, which led him to be kidnapped by unidentified assailants.

On June 29, the drama showed new stills of Ga Yeol Chan coming to Lee Man Shik’s rescue. The two men stick together to face their attackers, and their faces are filled with tension and fury. Viewers are anticipating to find out how they will get out of this predicament. 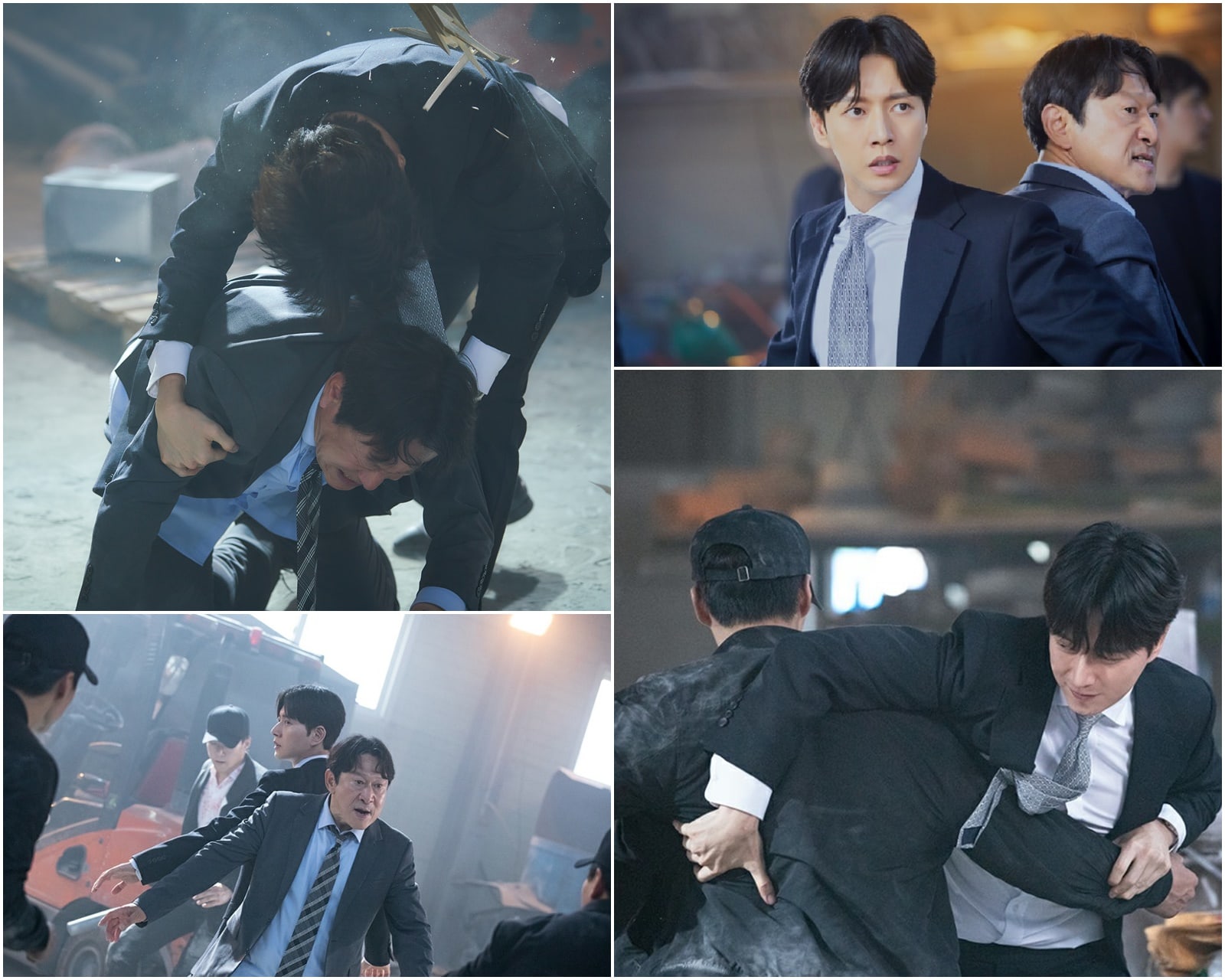