10 Solid Korean Films To Watch On A Summer Night

There’s nothing like lounging around, eating snacks, and watching a good movie on a beautiful summer night. If you want to kick back and put on a solid Korean movie, here’s a look at just ten that might tickle your fancy. 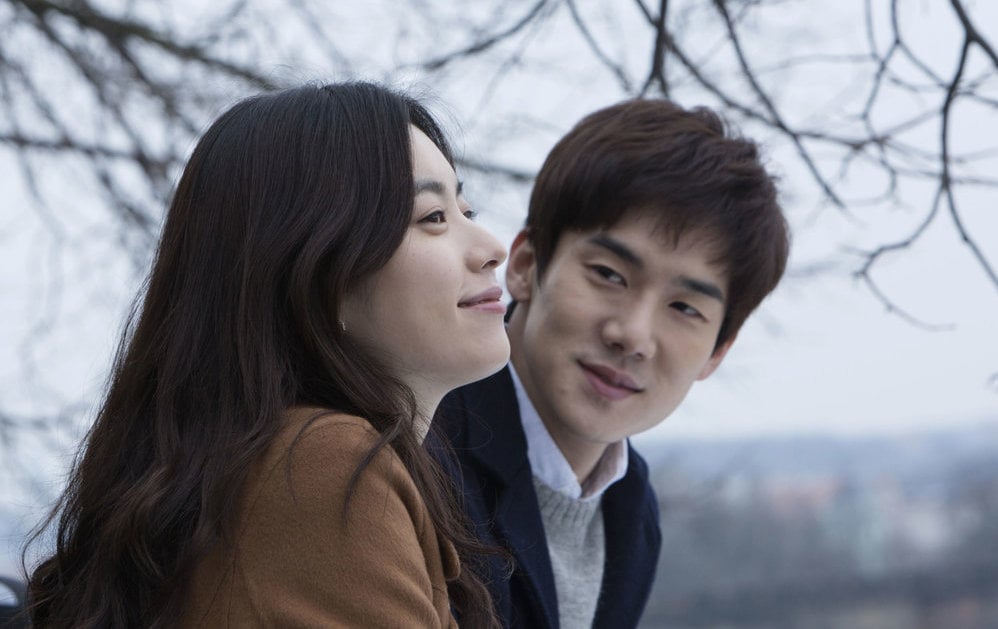 Yi Soo (Han Hyo Joo) has gotten herself into a very unique relationship. The man she has fallen in love with changes physical appearances every time he wakes up from sleeping. His physicality can morph into anything from a little boy, to an old man, and to even a woman. Despite this challenge, Yi Soo is determined to be with the man she loves and is willing to overcome whatever obstacle comes their way.

“The Beauty Inside” is the perfect romantic flick. Yi Soo’s love and dedication for a man who has a very unique condition is so inspiring yet heartbreaking to see. Her romantic journey with Woo Jin is one that is far from anything you’ve ever seen, which is one of the reasons why it’s arguably one of the best Korean romantic movies ever. You also won’t be able to get over all the actors who play Woo Jin, the male character. There’s Park Seo Joon, Seo Kang Joon, Lee Hyun Woo, Lee Jin Wook, and Yoo Yeon Seok, to name a few! Pretty stellar, right?

You can watch “The Beauty Inside” here: 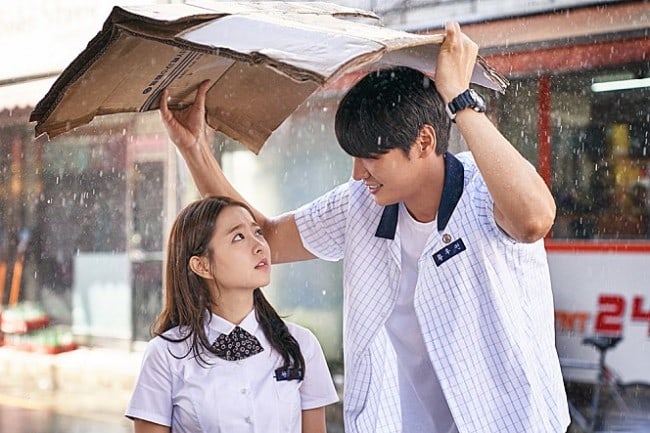 Woo Yeon (Kim Young Kwang) is a bit of a goofball who doesn’t really care to think about his future. That is, until he meets Seung Hee (Park Bo Young). Woo Yeon falls in love at first sight with Seung Hee when she transfers to his school. He immediately tries to become her friend, and the two become pretty close, but when various life circumstances get in the way, it prevents the two from ever progressing into a relationship. So when the two meet as adults, it’s Woo Yeon’s chance to profess his love to Seung Hee and to see where their relationship could go. 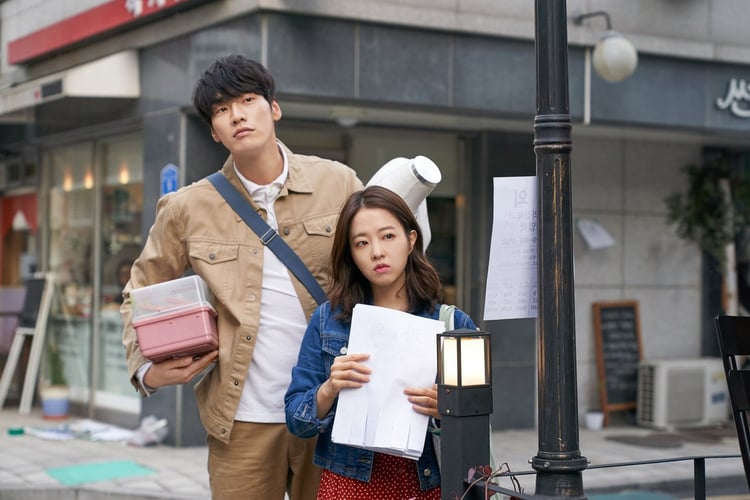 If you like a realistic love story with realistic expectations, “On Your Wedding Day” is the one to watch. The love story between Woo Yeon, which also happens to mean fate in Korean, and the girl he loves, Seung Hee, is one that you want to root for and hope will have a happy ending. The two struggle throughout their adulthood trying to find the right time to be together, and you’ll find yourself being just as anxious for the two to be a couple. It also has to be mentioned that the chemistry between Kim Young Kwang and Park Bo Young will have you feeling the intensity of the summer heat. They’re too cute together!

Watch “On Your Wedding Day” now:

Seok Woo (Gong Yoo) is a fund manager in Seoul and is separated from his wife. The two have a daughter named Soo An, but she lives with Seok Woo. On the night before her birthday, Soo An begs her father to go see her mom in Busan. He finally caves and decides to take her via train. What they don’t know is that on this train, there is a passenger who has been bitten and infected by zombies. It becomes a train ride where they have to fight for survival.

There probably aren’t too many people out there who haven’t watched “Train to Busan,” but for those of you who haven’t, it’s an obvious one to watch. Even if you’re not into the gore and zombie theme, this movie somehow manages to tug at your heartstrings and might even make you shed a tear or two. It keeps you on the edge of your seat, and there are several heroes throughout the movie who you’ll totally fall for. 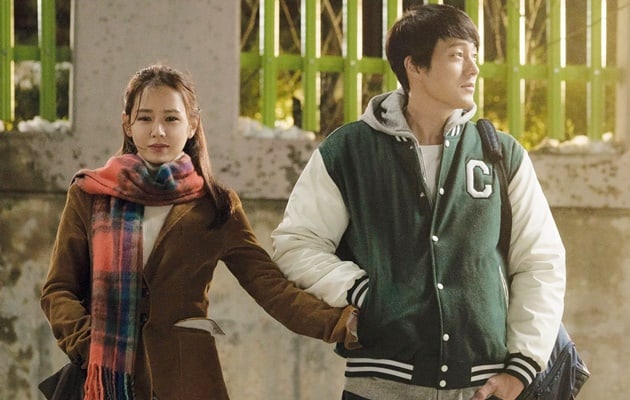 Woo Jin (So Ji Sub) has been in love with Soo Ah (Son Ye Jin) for as long as he can remember. He blew his chance of getting close to her at all in high school, but after years of being unable to forget her, he decides to contact her. The two meet, start dating, and then eventually get married. They have a son named Ji Ho, but after a few years, Soo Ah passes away. Then one rainy day, she reappears in a tunnel, leaving Woo Jin shocked but overjoyed. 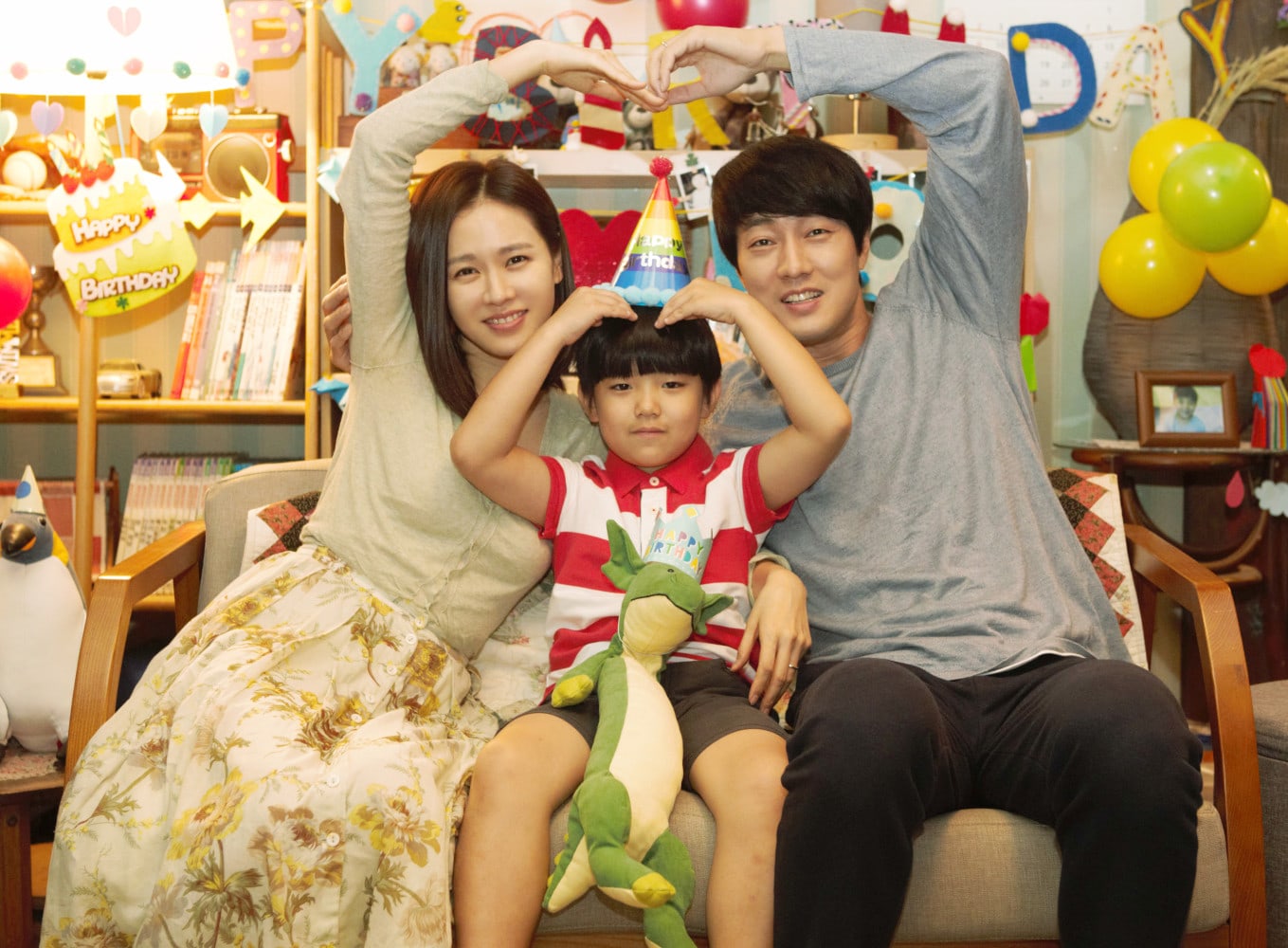 Get the tissues ready because “Be With You” is the movie that will give you a reason to cry your heart out. First off, So Ji Sub and Son Ye Jin are almost guaranteed to have sizzling chemistry with their costars, so you can imagine how believable their love for each other in this movie is. They’ve got a connection that is hard to see past, which is one of the main reasons why this drama is so good. You also have the script with the theme of second chances for those who have lost a loved one, which is enough to make your heart cry.

Watch “Be With You” now: 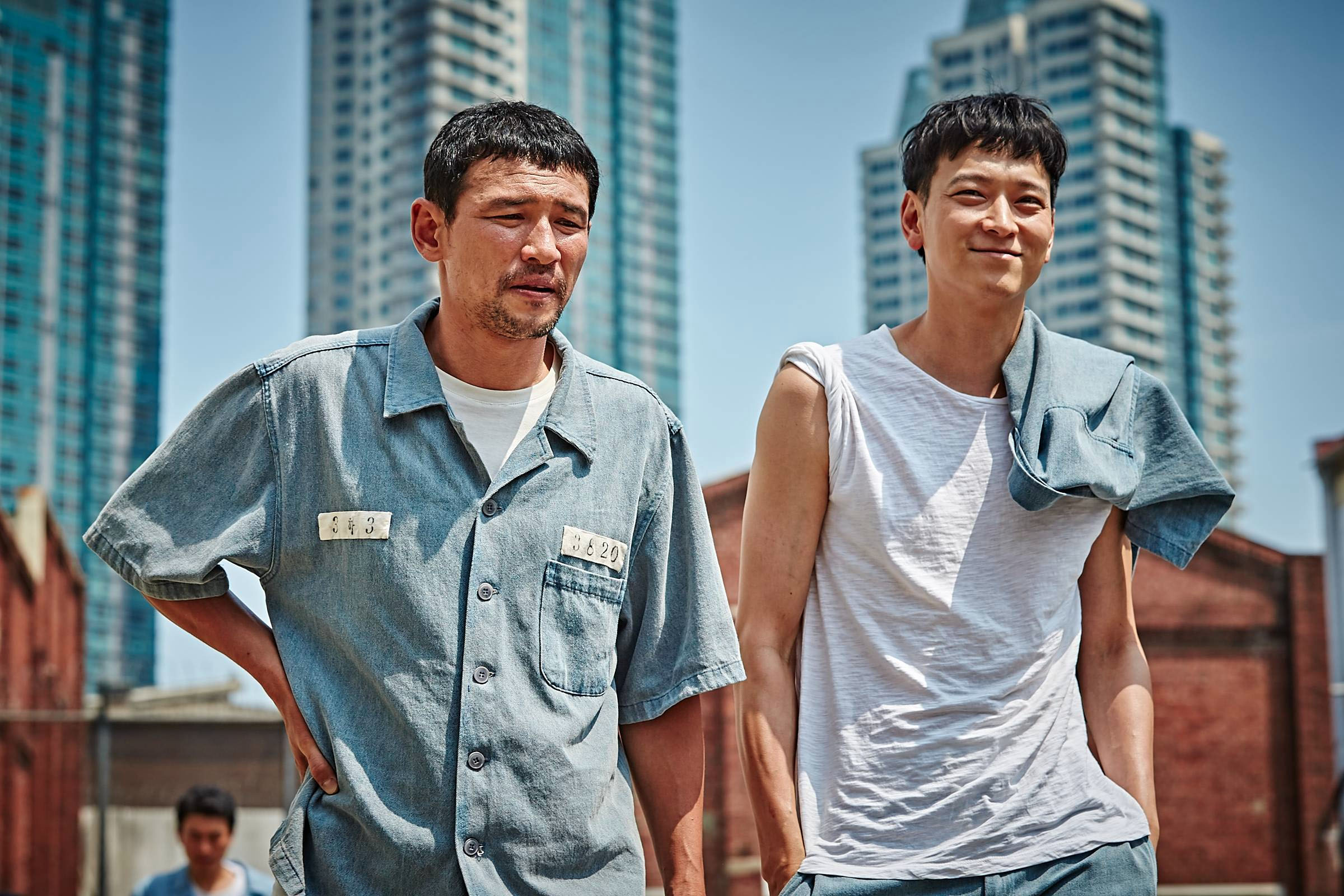 Byun Jae Wook (Hwang Jung Min) gets sentenced to prison after a suspect in his case gets killed. He meets Chi Won (Kang Dong Won) in prison, and the two form a plan to get Chi Won acquitted and to get revenge on the people who put Jae Wook in jail. They use their connections to help each other while carrying out their prison sentence.

If you’re looking for a little light-hearted crime and vengeance movie, “A Violent Prosecutor” is perfect. It’s got the added bonus of being pretty darn funny, and it’s totally worth watching to see Kang Dong Won do a bit of dancing. Also, being able to see Hwang Jung Min and Kang Dong Won together in one flick is a pretty big blessing. You won’t be disappointed! 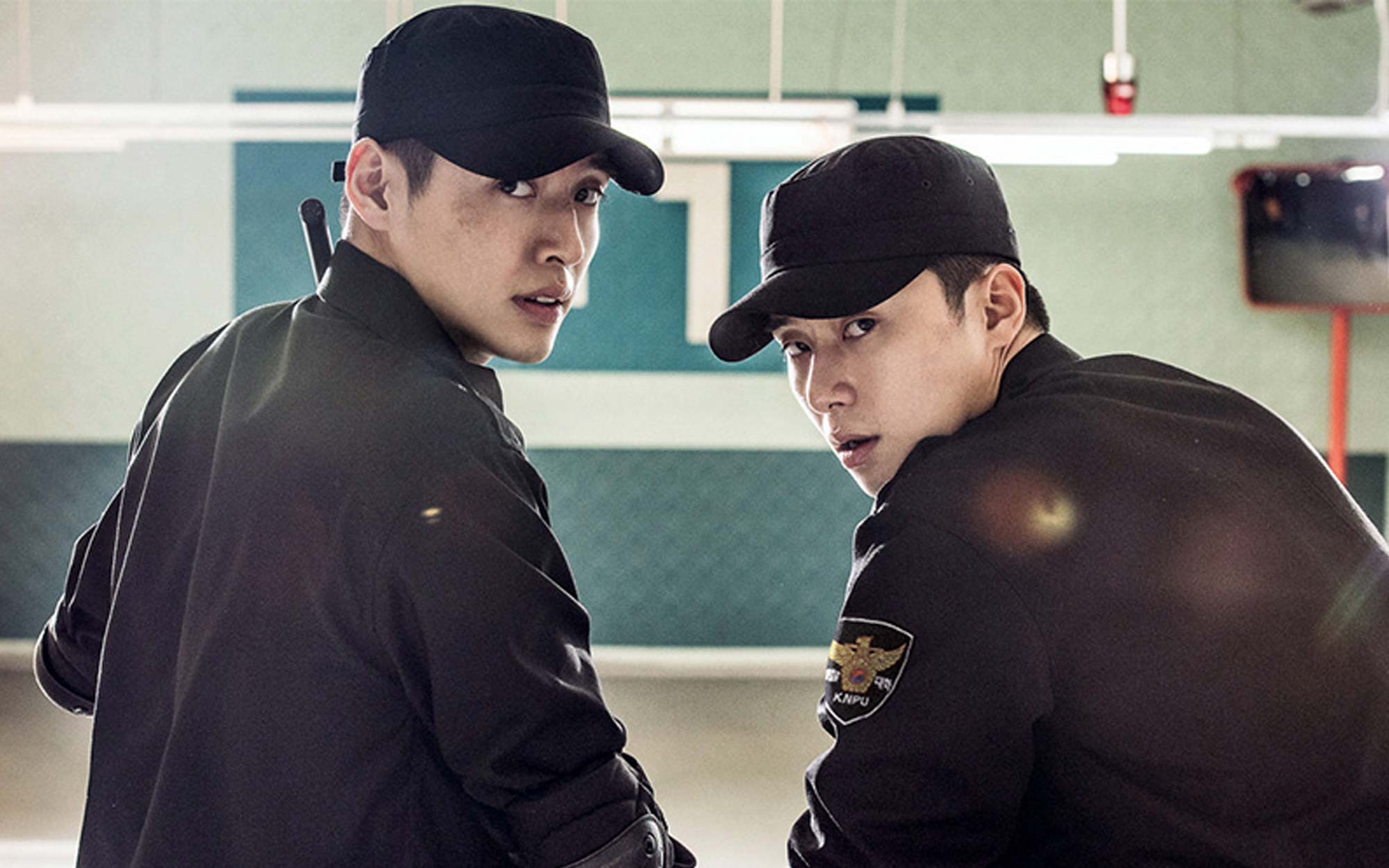 “Midnight Runners” stars Park Seo Joon as Ki Joon and Kang Ha Neul as Hee Yeol. The two characters are training to become police officers and are not exactly the most qualified for the job. The two start off despising each other but then quickly become best friends. When they eventually become police officers, they find themselves witnessing a crime, so they take it upon themselves to solve the case.

If you’re looking for a little bromantic action, “Midnight Runners” has exactly what you would want and more. Seeing the budding romance between Ki Joon and Hee Yeol is so adorable and fun to watch. You’ll fall in love with both of them! Their hilarious antics and ability to have such good chemistry are so entertaining and the perfect mood maker for a summer night. 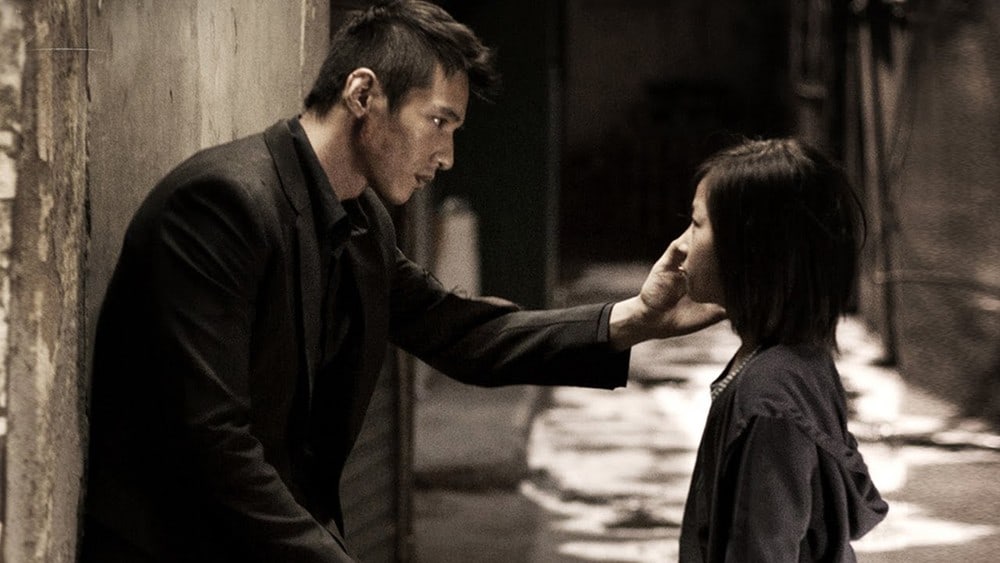 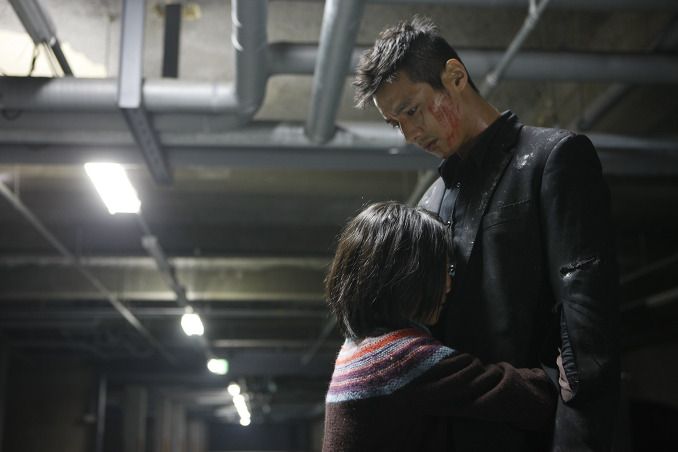 “The Man From Nowhere” is standing the test of time. Over the years, this flick has only gained more recognition and popularity, garnering a lot of support. There were even talks of being a sequel, although it unfortunately never happened. One of the many reasons why the film is so compelling is because the friendship that this man forms with So Mi is so touching and hopeful. The two have no one to turn to or trust, but they become each other’s light in the darkest of days. 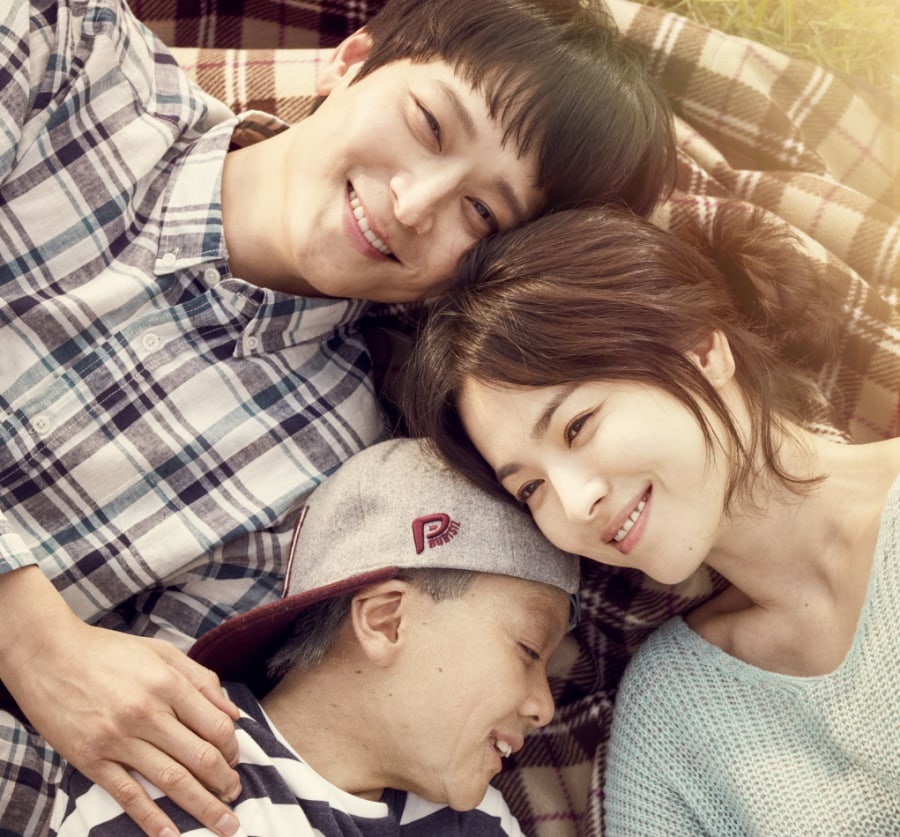 Dae Soo (Kang Dong Won) and Mi Ra (Song Hye Kyo) are teenagers and expecting a baby. It’s not planned, and although the two know that their lives are going to be flipped upside down, the two remain positive in raising a baby. When Ah Reum is born, they learn that he has was born with a very rare genetic defect that ages him at a rapid rate. With Ah Reum’s difficulties, his parents continue to raise him in a loving and happy home.

“My Brilliant Life” is another tearjerker, but a movie worth watching. You get Kang Dong Won and Song Hye Kyo in a movie together, and it’s pretty much guaranteed to be a hit. But the best part about this movie is that it brings awareness to a very rare condition that people in various parts of the world are dealing with. Despite these difficulties, Ah Reum is like a ray of light, and you’re bound to fall for his charming personality.

You can watch “My Brilliant Life” now: 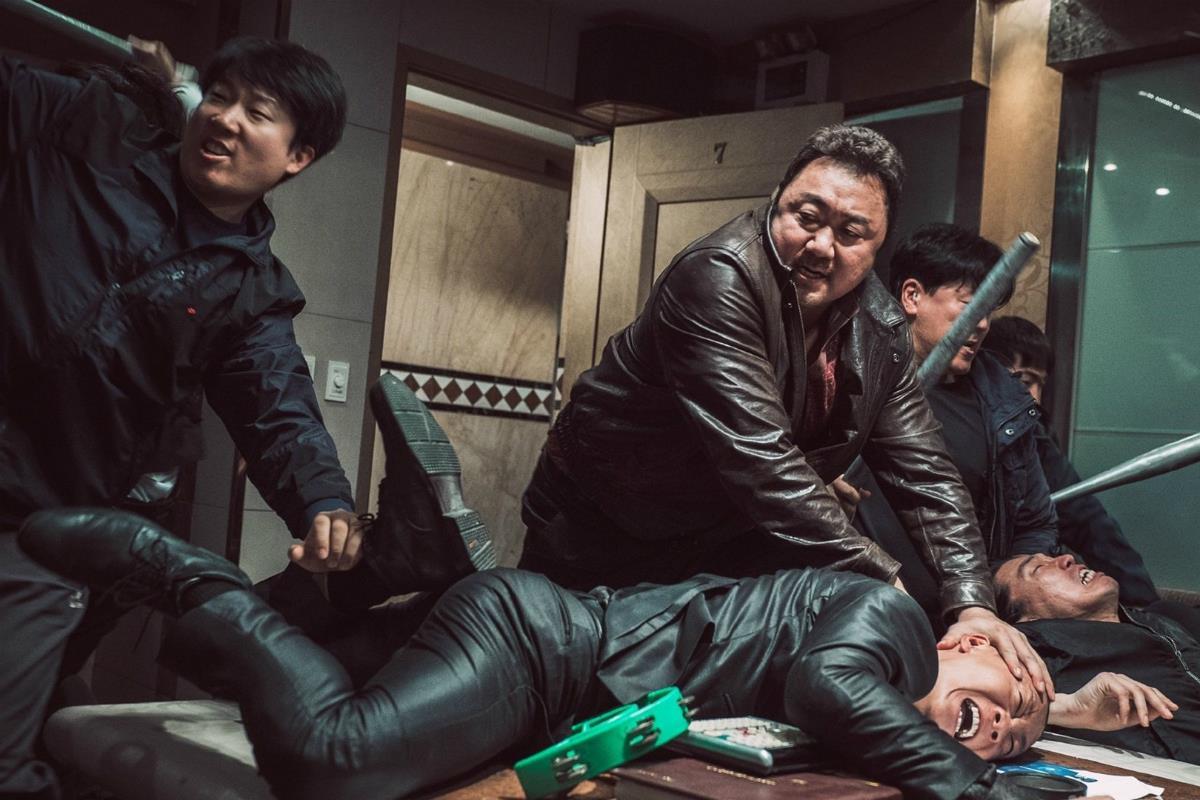 Ma Suk Do (Ma Dong Seok) is a detective who is trying to track down a group of men who are creating havoc in his neighbourhood. There are loan sharks run by Jang Chen (Yoon Kye Sang), ruthlessly killing people and not afraid of anyone who gets in their way. Fortunately, there’s Ma Suk Do who is fearless and always gets what he wants. He makes it his mission to take Jang Chen and his followers down. 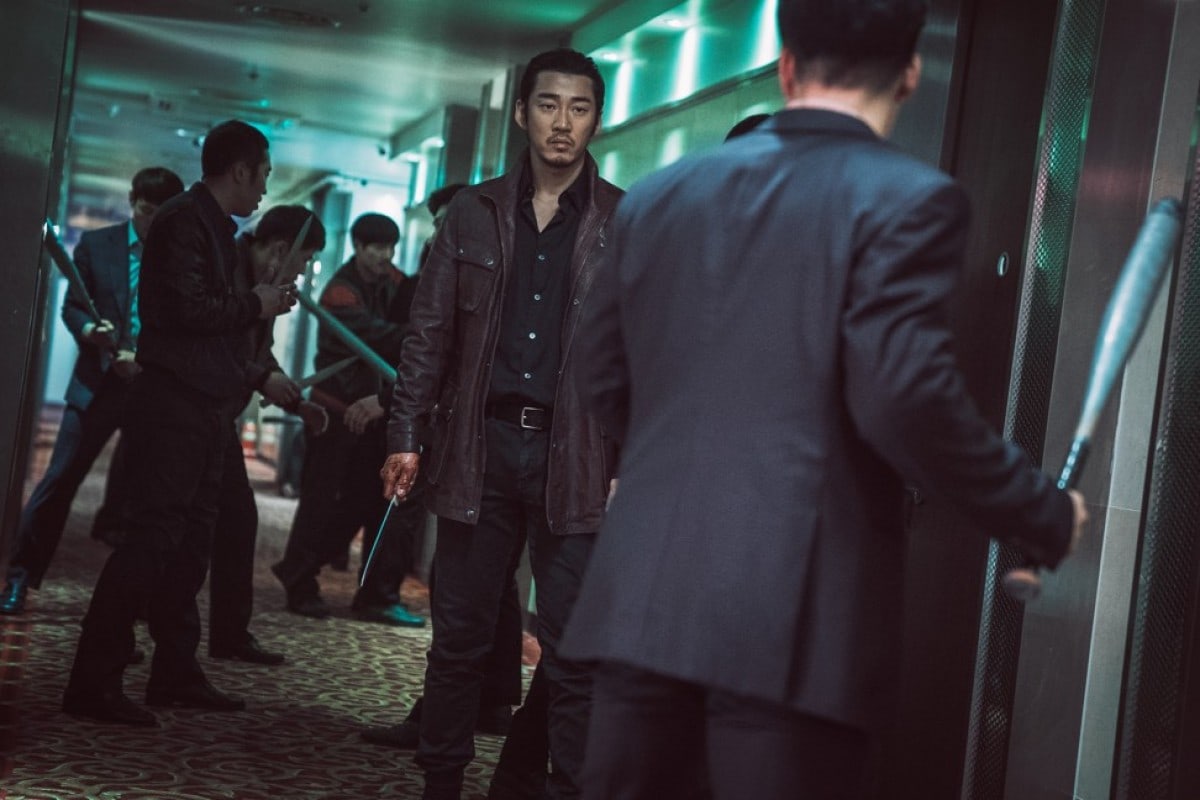 If you’re going to watch this movie, watch it for the flawless performance Yoon Kye Sang gives as the heartless villain. It’s probably because we’re not used to seeing him swearing and killing people, but there’s something about seeing him portray this character that makes this movie so good. And then when you add Ma Dong Seok as a ruthless detective who is willing to fight anyone and anything that gets in his way, it makes for a thrilling and worthwhile watch.

Catch “The Outlaws” on Viki here: 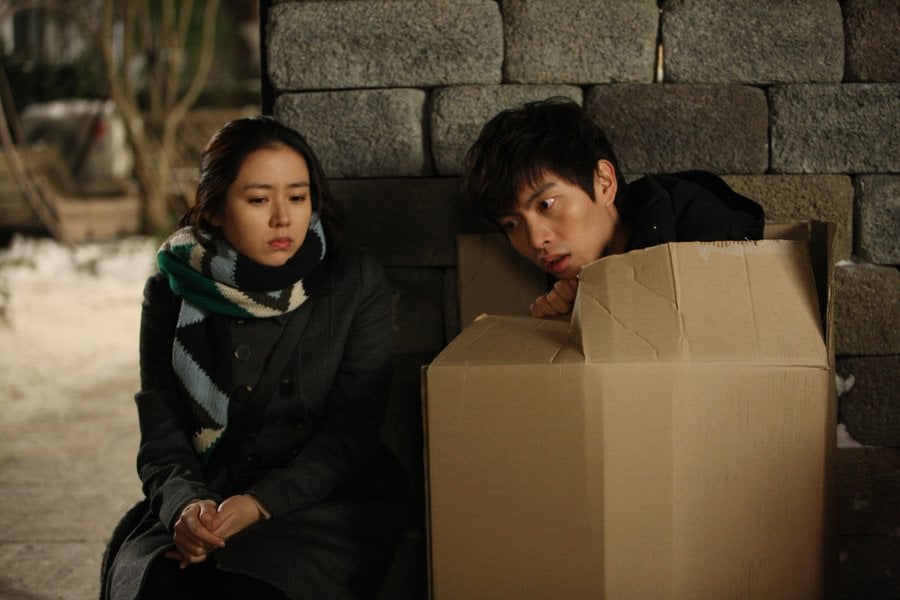 Ma Jo Goo (Lee Min Ki) is a magician who is constantly trying to find new acts for his performances. Kang Yeo Ri (Son Ye Jin) has the ability to see ghosts. So when Jo Goo first lays eyes on Yeo Ri who gives off some creepy vibes, he knows he has to have her involved in his show. The two have a strictly business relationship at first, but then they begin to realize that they need each other more than they know.

Some have mixed feelings about watching a spooky movie in the summer, but this one is worth the watch. Plus, its kind of fun watching a bone-chilling romantic comedy in the middle of summer, isn’t it? You’ve got two polar opposites working together and falling in love with each other, and with the added horror elements, it’s a unique gem of a movie.

You can watch this adorably hilarious movie here:

Hey Soompiers, which of these movies are you going to watch next? Let me know in the comments below!

Soompi Spotlight
Spellbound
My Brilliant Life
A Violent Prosecutor
Train to Busan
The Man from Nowhere
Midnight Runners
The Outlaws
Be With You
On Your Wedding Day
The Beauty Inside (movie)
How does this article make you feel?