The newly released stills depict Goo Se Ra and Seo Gong Myung having a tense confrontation on an overpass. Seo Gong Myung has something in his hand as he says something to Goo Se Ra, who responds with an angry glare. Between the two, an announcement poster reads, “Notice of candidacy for the eighth Mawon District assembly by-election.” 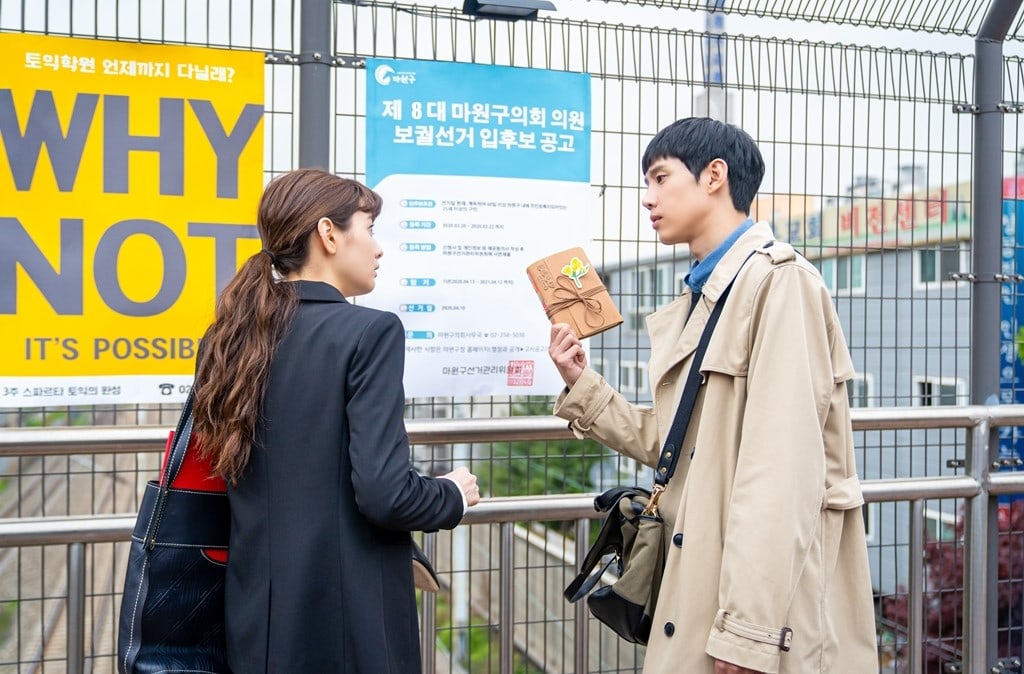 Sparks fly between the two as they glare at each other, drawing curiosity as to how they’ve come to meet and what the two could be discussing. Viewers are excited to see the characters’ contrasting chemistry through the upcoming drama.

The production team shared, “In the first episode of ‘Into the Ring,’ which premieres tomorrow, the two main characters Nana and Park Sung Hoon will begin their bickering chemistry.” They continued to emphasize the importance of their relentless back-and-forth to the drama and asked viewers to look forward to their great chemistry.