“Oh My Baby” is about a woman named Jang Ha Ri (Jang Nara), a workaholic career woman who wants to have a baby before it’s too late. Just as she decides to skip over marriage in order to make her dream of becoming a mother come true, three men come unexpectedly into her life.

In the newly released stills, Jang Ha Ri is crouched over on the streets bawling her eyes out. Previously, Jang Ha Ri received surgery for endometriosis (a condition in which tissue normally found within the uterus grows outside the uterus, potentially increasing risks during pregnancies), and although she seemed calm, she ended up sobbing after seeing a picture book titled, “My Mom.” Viewers were saddened to see Jang Ha Ri suffer when she had tried so hard to stay strong despite the numerous struggles she faced.

The stills also portray Han Yi Sang (Go Joon) watching Jang Ha Ri from a distance across the street. With a complicated expression showing a mixture of several different emotions, Han Yi Sang’s eyes well up with tears. Viewers are anticipating the upcoming finale this week to discover what will happen to the couple. 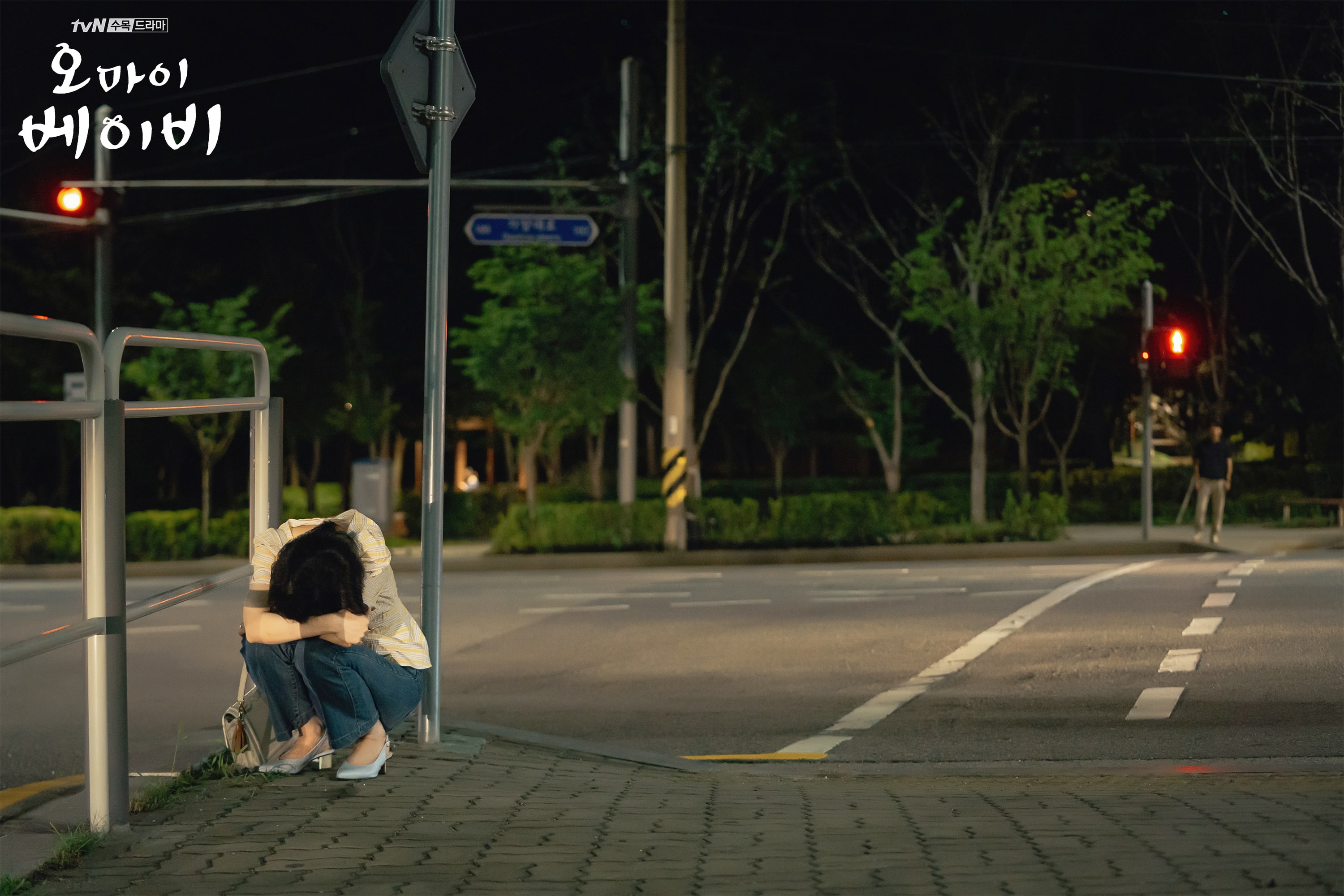 The preview for episode 15 that was shown at the end of episode 14 also teased Han Yi Sang and Jang Ha Ri’s decision to part ways as Jang Ha Ri shared her decision to give up on having a child. With this, Han Yi Sung wondered if he was the cause of Jang Ha Ri giving up on her dreams.

In contrast to his resolve to stay by Jang Ha Ri’s side, Han Yi Sang confessed in a voiceover, “I thought that holding on to you was protecting our love, but you should be happy and meet a man who can give you everything you want.” Along with Han Yi Sang’s narration in the background, Jang Ha Ri was shown furiously knocking on his front door, making viewers curious about the changes in their relationship.

Below is the preview of episode 15:

The production team of “Oh My Baby” asked viewers to keep watching until the end to see if the Jang Ha Ri and Han Yi Sang will be able to protect their love after overcoming all of their hardships.

Jang Nara
Go Joon
Oh My Baby
How does this article make you feel?