On the July 2 finale episode of “Good Girl,” the contestants participated in a “super quest” round against one another. The teams were Girls’ Generation’s Hyoyeon and Lee Young Ji, Jamie and Cheetah, Ailee and Yunhway, and Sleeq and QUEEN WA$ABII. CLC’s Yeeun and KARD’s Jiwoo competed against each other as solo contestants. The winner of each round was awarded 10 million won (approximately $8,300) in flex money.

The first round was QUEEN WA$ABII and Sleeq against Jamie and Cheetah. QUEEN WA$ABII introduced their performance by saying, “Our theme is breaking stereotypes and asking people to respect diversity.” Despite Jamie having recently gotten her wisdom teeth removed, she and Cheetah performed a charming and sexy stage, coming out as the winner of the first round.

QUEEN WA$ABII and Sleeq – “Sorry For Being Successful” (literal title)

The second round featured solo contestants Yeeun and Jiwoo. They each showcased styles different from their usual idol images and Jiwoo was named the winner of the round.

Later in the episode, the cast members sent one another messages. Hyoyeon shared, “After watching Sleeq’s first performance, I wondered whether we would be able to grow close. However, I learned that Sleeq is a very open friend through song camp. You’re really like an onion,” meaning Sleeq has many layers to herself.

Sleeq responded, “All throughout filming, you showed me a lot of support. All of your comments gave me a lot of strength and courage.” Sleeq said to QUEEN WA$ABII, “We are definitely different. However, I learned that we have more in common than all the other good girls.”

To Cheetah, Jiwoo said, “You approached me first and you are such a lovable unnie (older sister).” Cheetah commented, “I wish we had talked even more. We can just do so in the future.”

Jamie said to Ailee, “We have been through an incredible amount of adversity together.” Ailee added, “Sharing a stage with someone is a really precious and special experience.”

Yunhway commented to Yeeun, “When Yeeun said to me, ‘I don’t not have thoughts,’ I began to think about so many things.” Yeeun replied, “I wanted to rely on you more but it’s sad that we have to part ways now. You are a really warm unnie.”

Lee Young Ji said to Hyoyeon, “When I first saw you, it was so major that you were Girls’ Generation.” Hyoyeon commented, “Young Ji really felt like an unnie. You are a trustworthy person whom I can lean on.” She hilariously added, “Let’s go eat, unnie. Do you like hot pot?” 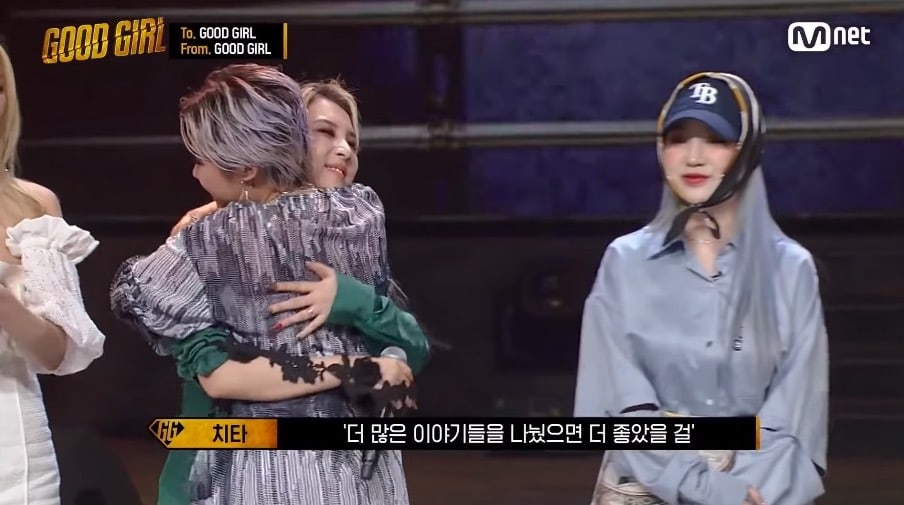 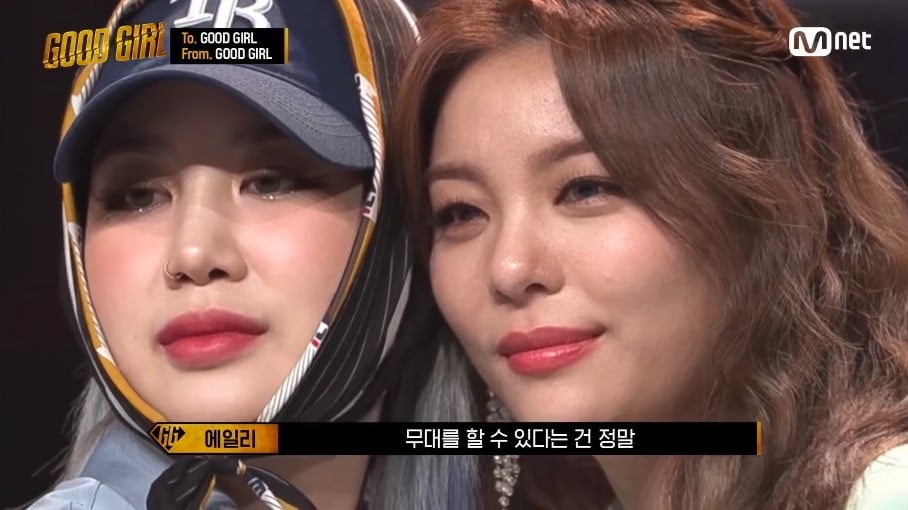 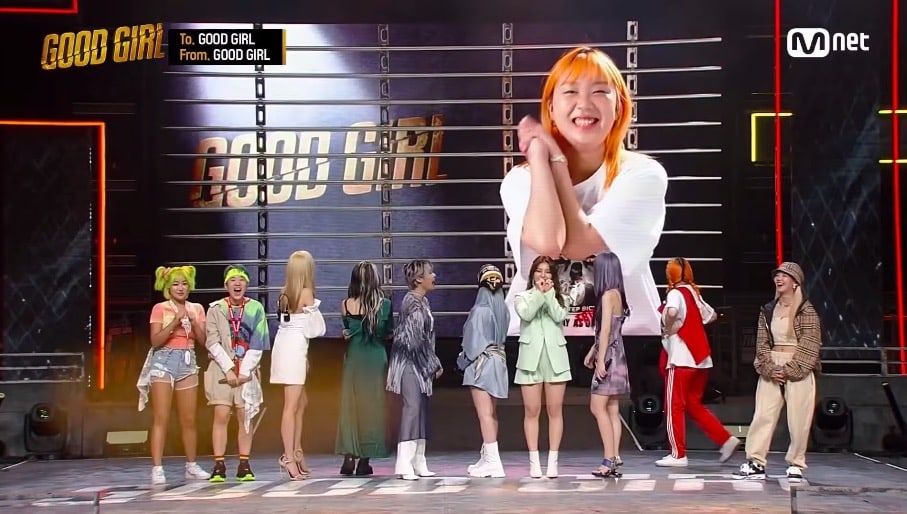 Did you enjoy the finale of “Good Girl”? What was your favorite performance from the show?