Yoon Shi Yoon takes on the role of Seo Do Won, a police detective who rises to the position of team leader at a young age for his dedication to his job. Shin So Yul will play Lee Jung Min, Seo Do Won’s only friend and crime scene investigator who has a soft heart despite being harsh with her words. As two friends who have known each other for 15 years, the drama will depict them uncovering the truth together at the scene of the crime.

The newly released stills portray Seo Do Won and Lee Jung Min investigating a crime together behind the yellow police tape at Mukyung station. Amidst a serious atmosphere, the two friends passionately partake in the investigation. Seo Do Won approaches Lee Jung Min, who is carrying out an on-site inspection, but Lee Jung Min has a serious expression on her face as if she has discovered something. Viewers are excited to find out what case the two could be tackling in the drama.

On set, the two actors also perfectly portrayed their characters’ chemistry while filming. Yoon Shi Yoon helped adjust Shin So Yul’s glove, and Shin So Yul created a positive atmosphere on set with her bright smile all throughout filming. 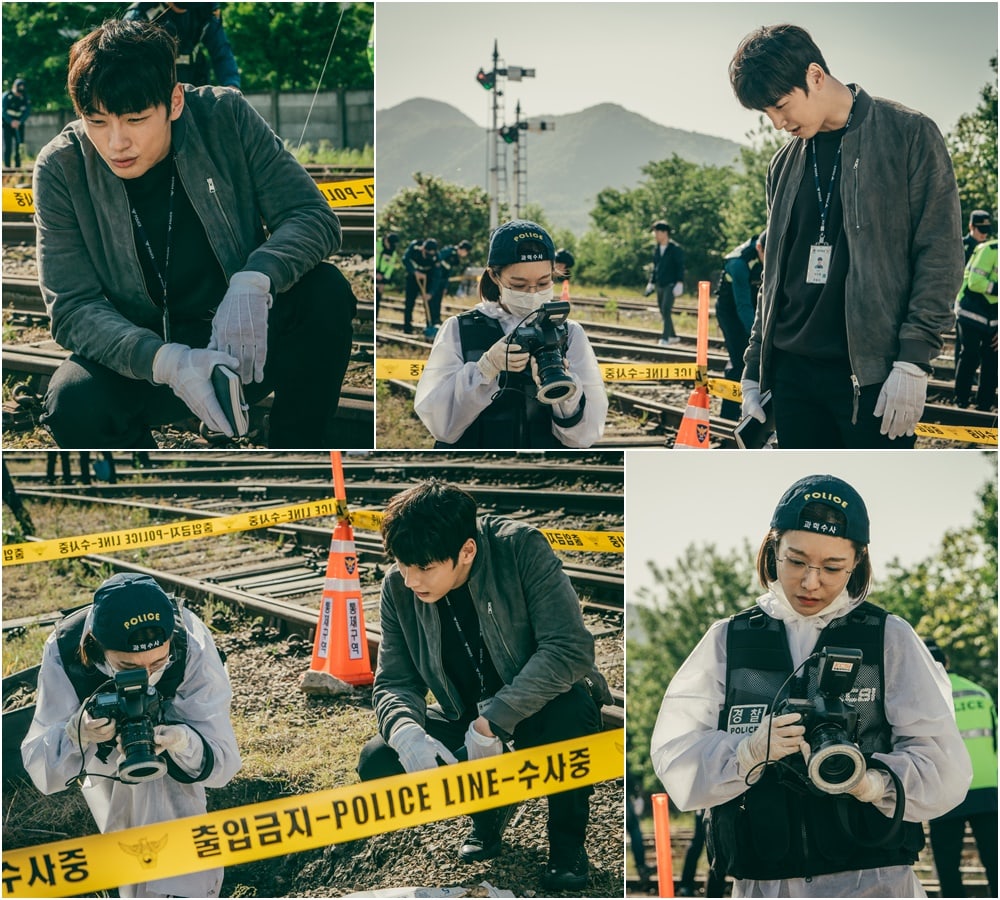 The production team of “Train” shared, “Thanks to Yoon Shi Yoon’s and Shin So Yul’s refreshing personalities, there was no end to the smiles on set. A point to watch out for in the drama that’s also worth anticipating is the relationship between Seo Do Won and Lee Min Jung, who will uncover the truth of the case together.”

Shin So Yul
Yoon Shi Yoon
Train
How does this article make you feel?