On July 3, Kang Ji Young sat down for interviews following the conclusion of JTBC’s Monday-Tuesday drama “Sweet Munchies,” where she candidly opened up about missing fellow KARA member Goo Hara and keeping in touch with the other members.

Kang Ji Young first talked about how the drama had been her first activity in Korea in a while and when asked how things had changed, she said, “I’d never done any solo activities in Korea before, only group activities, so it feels really different. It feels like something is missing, and I think it’s my job to fill up that empty space. There’s also the big shift of going from being active as a singer to working as an actress. And the people I’m meeting are different too, since now, I meet with directors and others in this industry. It makes me want to keep working on bettering myself.”

While talking about how things are different from the past, Kang Ji Young shared that she often goes back to watch videos of her time in KARA. She said, “I look up videos from our concerts, as well as some solo work I’ve done. I didn’t realize it back then but looking back on it now, I think what I was able to accomplish was amazing. I don’t think I’d be able to do it again if I was asked to. I think I was able to just focus on working hard because I had the others with me and we were so busy.” 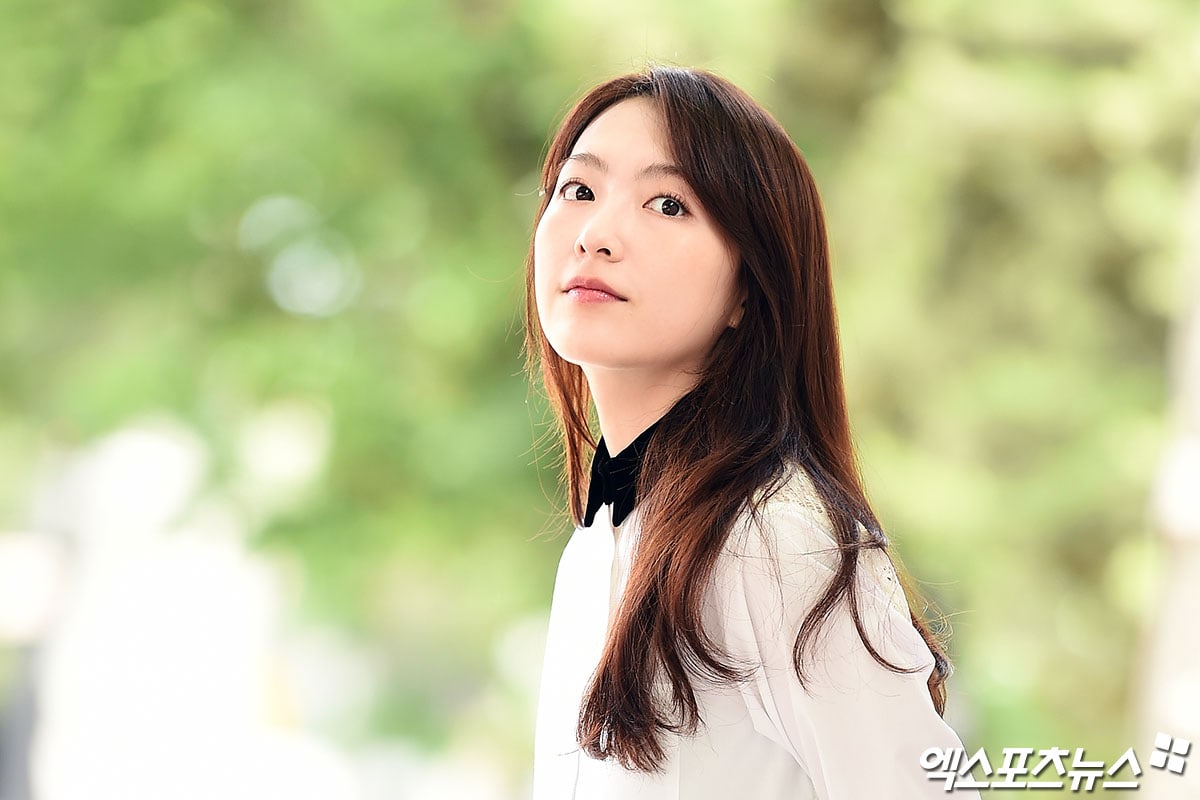 Kang Ji Young confessed that she misses Goo Hara, who passed away last November, as she said, “My heart still hurts so much.” She went on to say, “It’s not something you can forget, even if you wanted to, so I just keep missing her. I believe missing her and keeping her in my thoughts is what I can do for her. We [KARA members] talked about it and we believe the best thing we can do for her is to keep living our best lives. The thing that makes my heart ache the most is feeling like there’s nothing I can do for her.” Kang Ji Young added, “I told her family to stay strong and I want to help them if there’s anything I can do for them.”

She also shared that the members of KARA still keep in touch as she said, “When we meet up, we don’t really talk about work. When we were active as KARA, we were always seeing each other so we didn’t really set apart any time to hang out. But now, we don’t get to see each other as often so we really value the time we spend together. We usually reminisce about the past rather than talk about what we’re doing now.” Kang Ji Young added that she received support for her appearance in “Sweet Munchies” as she smiled and said, “Han Seung Yeon monitored the drama for me. She’d say, ‘Baby, I enjoyed it.’ The others still call me ‘baby.’ She [Han Seung Yeon] is smaller than me, but she still calls me ‘baby.'”