KBS 2TV’s “Once Again” has unveiled a glimpse of the changing dynamic between Lee Min Jung and Lee Sang Yeob!

On the previous episode of “Once Again,” Yoon Gyu Jin (played by Lee Sang Yeob) belatedly realized that he was still in love with his ex-wife Song Na Hee (played by Lee Min Jung). When Yoo Bo Young (played by Son Sung Yoon) questioned whether he didn’t still have feelings for Song Na Hee, it suddenly dawned on Yoon Gyu Jin that he had never actually gotten over her.

In a sneak peek of the drama’s upcoming episode, Yoon Gyu Jin’s new knowledge of his own feelings causes him to act differently around his ex-wife. The newly released stills capture an awkward interaction between the former spouses at the hospital, with Yoon Gyu Jin unable to look Song Na Hee in the eye after they run into each other in front of a vending machine.

Song Na Hee, who has also been secretly hiding the fact that she can’t stop worrying and caring about her ex-husband, immediately notices that Yoon Gyu Jin is behaving strangely—and she wears a confused expression as she attempts to puzzle out why he’s suddenly acting so differently from before. 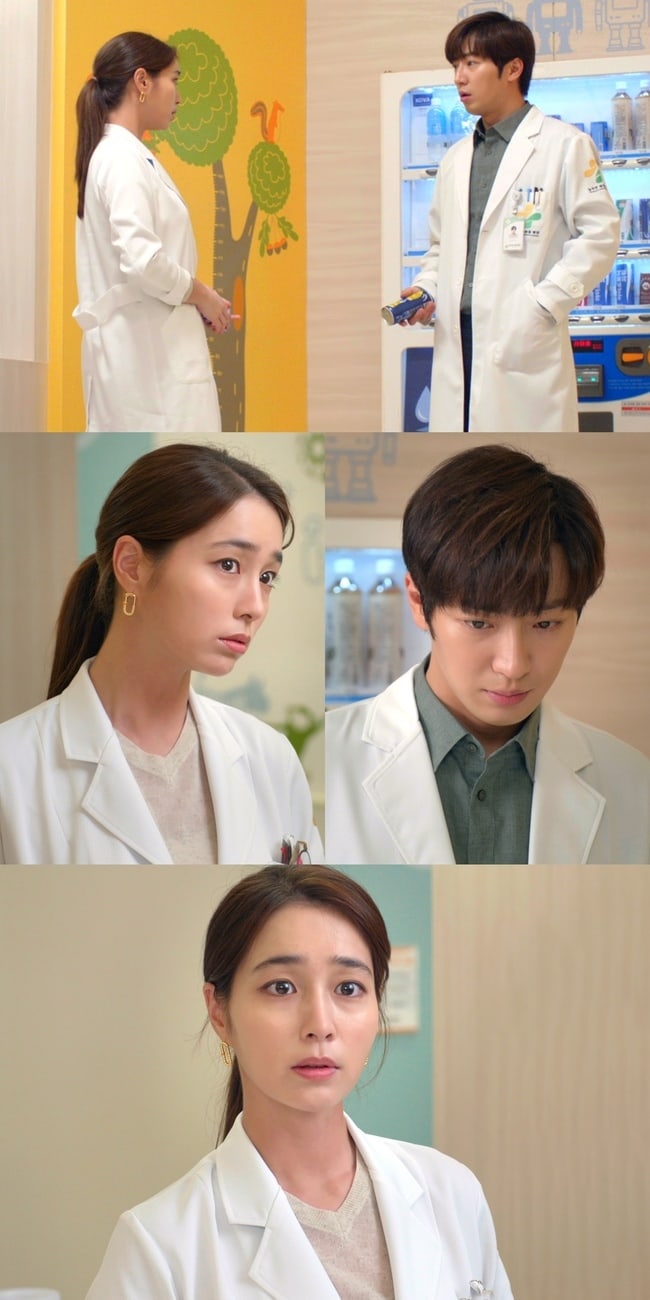 To find out whether Yoon Gyu Jin will open up to Song Na Hee about his unresolved feelings, tune in to the next episode of “Once Again” on July 4 at 7:55 p.m. KST!