Park Ki Woong sat down for an interview to discuss his recently-concluded drama “Kkondae Intern.”

The MBC office comedy was about a man who finally gets sweet revenge on a former boss who once made his life miserable. In the drama, the actor played Namgoong Jun Su, the CEO of the company.

Although Namgoong Jun Su played an important role in the drama, he didn’t appear in many scenes. Regarding that, Park Ki Woong shared, “If the script is interesting and the character will be a fun one to express, I don’t really think about how many scenes I will have.”

He continued, “I try to play the roles that I can play at my age rather than put a priority on the amount of scenes I can get. Of course, I played the villain often, and some of my productions did well. And I definitely worry about the fixation of the villain image. Playing a villain is nice and that moment is precious, but I want to be an actor with a wide spectrum. As time passes, I agree with that statement more and more.” Then laughing, he added, “I’m good at everything.” 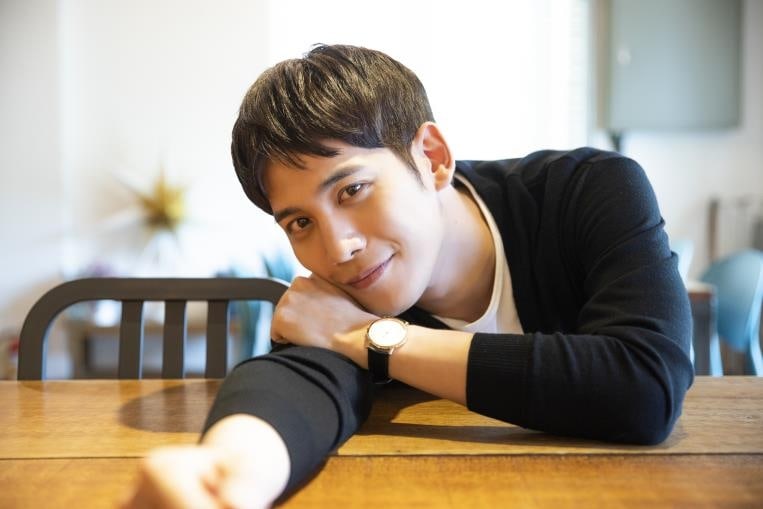 Park Ki Woong also talked about his teamwork with Kim Eung Soo and Park Hae Jin. He said, “Our group chat [of ‘Kkondae Intern’ actors] has become very active. I’ve known Kim Eung Soo since 2005, and I’m also close to Park Hae Jin. I’m grateful that we are free to exchange good ideas and support each other. The drama set was also comfortable because there were a lot of people around the same age. When there’s a generation gap, some people can feel like a kkondae (a term that describes an older person who is often condescending or uses their age to justify their actions). But at the drama set, we were free to do what we wanted to do.”

Watch the last episode on Viki below!