Kang Ho Dong shows off his budding dance skills in a new teaser for a spin-off segment of “Ask Us Anything”!

In the new spin-off program, each member of “Ask Us Anything” will attend “Brother School” (literal title) to learn various new skills through after-school classes. Kang Ho Dong will be the first member to attend “Brother School,” and he will attempt to conquer the skill of dancing like an idol with the help of Super Junior’s Shindong.

Previously on “Ask Us Anything,” Kang Ho Dong has expressed a desire to learn various idols’ dances, even performing covers of songs from I.O.I, Sunmi, MOMOLAND, and EXO. Through his lessons with Shindong, Kang Ho Dong will finally get to fulfill his long-cherished desire. Shindong and Kang Ho Dong call themselves Dong Dong Shin Ki as a reference to TVXQ, who are called Dong Bang Shin Ki in Korean.

Kang Ho Dong commented, “Actually, I’ve wanted to dance ever since the time when I would announce the welcoming dance ceremony on ‘Match Made in Heaven.’ My goal through this program is to show everyone a cool performance that shows off my perfectly transformed dance skills.” 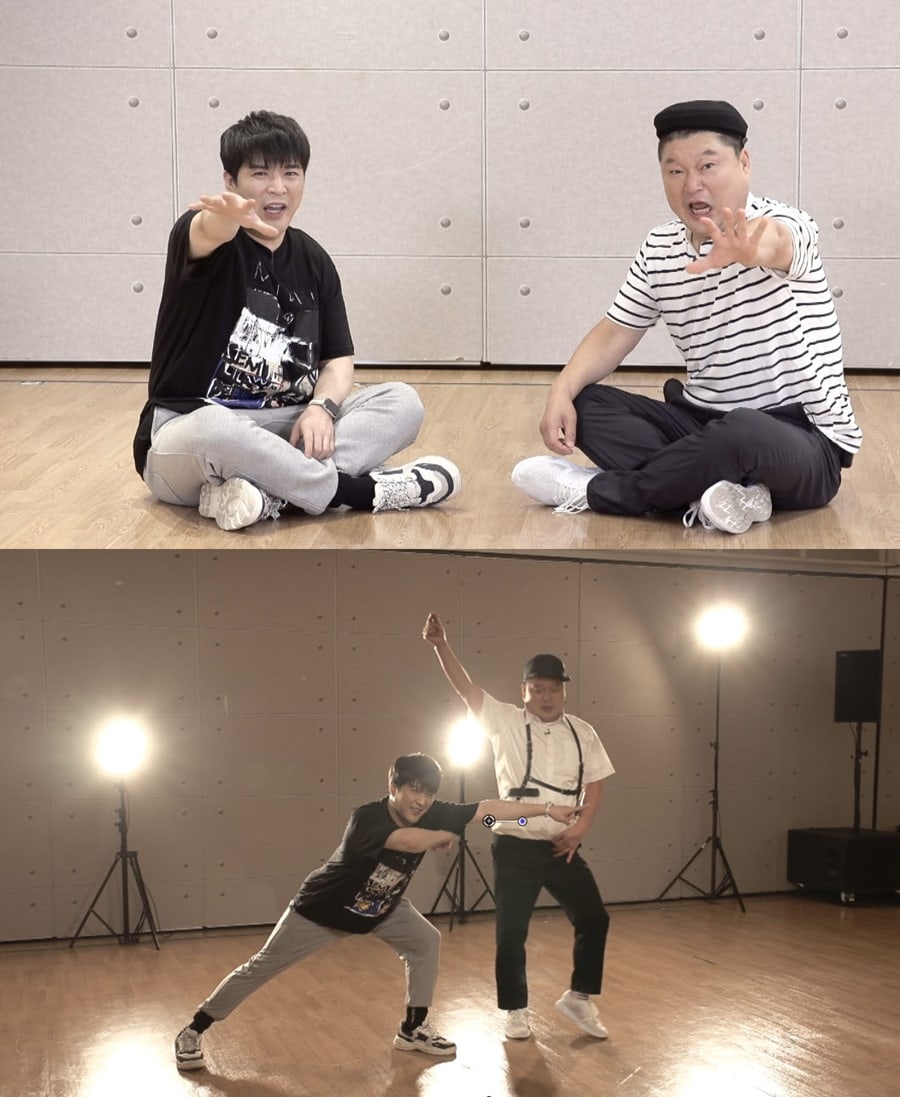 The production team added, “Kang Ho Dong’s passion for dance is beyond our imaginations. His form is unexpectedly beautiful, so we’re anticipating that his skill may shock everyone by the time the after-school class ends. Make sure to keep an eye out for his teamwork with his dancing senior Shindong.”

The new teaser features Kang Ho Dong in a practice room as EXO’s “Growl” plays in the background. He shows off specific moves from the dance while he says in his voiceover, “In this world, there are two kinds of people: Those who dance, and those who don’t. I, Kang Ho Dong, have decided to no longer ignore the itch inside of me. Are you ready to fall in love with dance together with me?” The teaser ends with Kang Ho Dong attempting to practice EXO’s “Growl” as Shindong looks on from the corner, but he bursts into laughter as he exclaims, “I can’t do this!”

The first episode of the new segment will air on July 11 at 10:40 p.m. KST after the “Ask Us Anything” broadcast via JTBC’s television channel as well as their YouTube channel.

Catch up with the latest episode of “Ask Us Anything” with English subtitles here:

Super Junior
Ask Us Anything
Kang Ho Dong
Shindong
How does this article make you feel?