A new poster has been unveiled for the upcoming film “Deliver Us From Evil” (working title)!

“Deliver Us From Evil” is an action film that tells the story of In Nam (played by Hwang Jung Min), whose last contract killing creates a new problem for him, and the merciless Ray (played by Lee Jung Jae), who chases after In Nam in a gruesome pursuit.

Hwang Jung Min and Lee Jung Jae reunited for their first movie together in seven years since starring in the 2013 film “New World.” The two actors revealed that they were excited to hear that they would be co-stars once again.

Lee Jung Jae said, “I already knew that Hwang Jung Min was cast, so I thought that I needed to join him no matter what.”

Hwang Jung Min similarly revealed, “I knew that reuniting with Lee Jung Jae was fate because we had so much fun in our previous film. I was happy when I saw him again.”

He also commented, “It’s been a long time in terms of how many years have passed since ‘New World,’ but it doesn’t feel like it. When we were filming, it felt like it had just been yesterday. It was very fascinating. When I go on set, I forget that’s it’s been seven years.”

The main poster for “Deliver Us From Evil” reveals the tension between In Nam and Ray in Thailand, as if one of them will end up pointing their gun at the other. The poster reads, “The two men’s unstoppable pursuit” and leaves fans wondering what kind of action will play out. 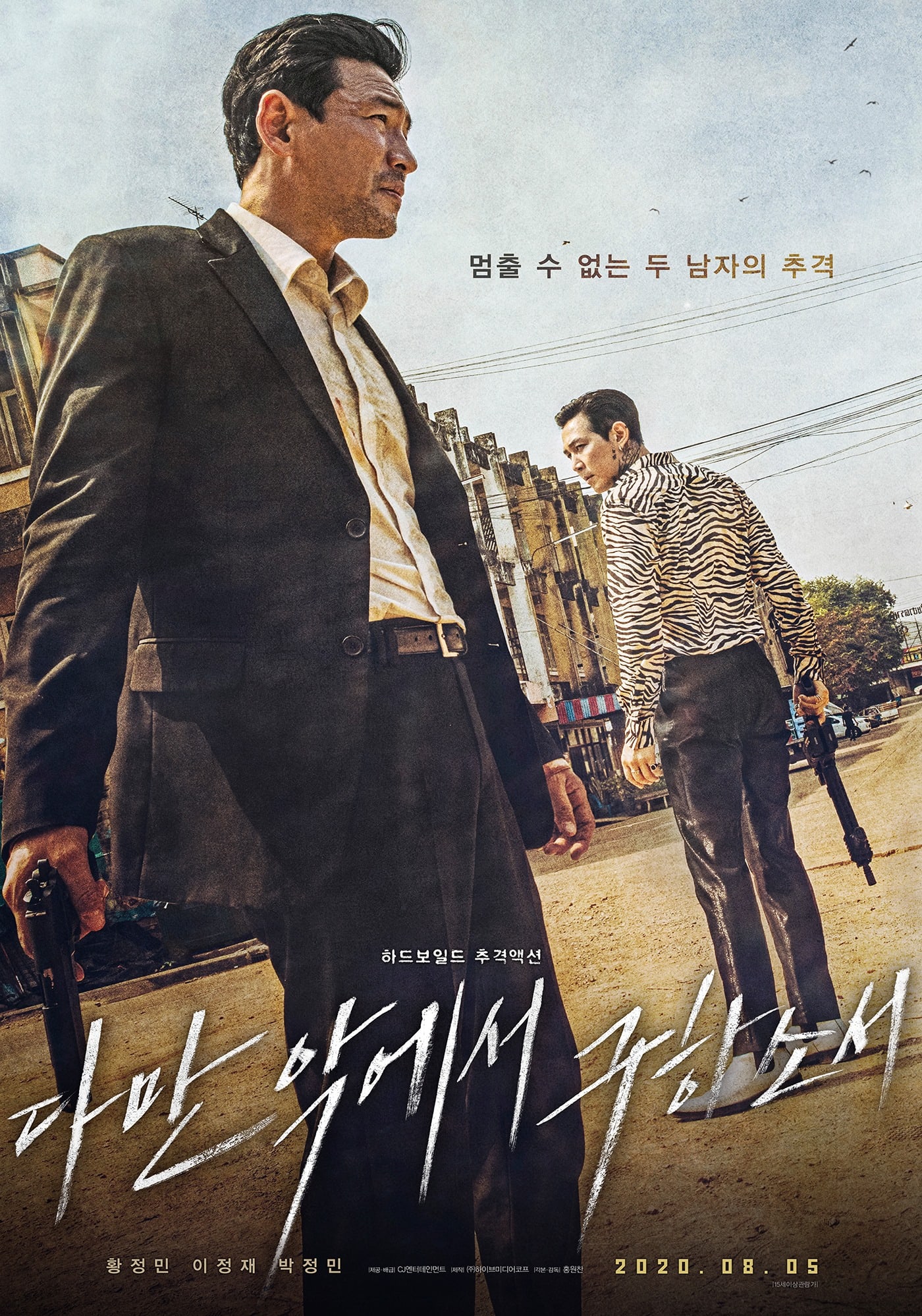 Director Hong Won Chan of the 2014 film “Office” has teamed up with Hong Kyung Pyo, director of photography for popular films “The Wailing” and “Parasite,” for “Deliver Us from Evil.”

The film premieres on August 5.

Hwang Jung Min
Lee Jung Jae
How does this article make you feel?