Park Seo Joon and former anchorwoman Park Sung Young have been chosen as the honorary ambassadors of the 2020 Census.

A celebratory event was held on July 8 to mark the occasion at the SKY31 Convention auditorium in Jamsil, Seoul. There, both Park Seo Joon and Park Sun Young were appointed as honorary ambassadors of the 2020 Population and Housing Census and the 2020 Census of Agriculture, Forestry, and Fisheries. In accordance with social distancing guidelines, only a small number of representatives were in attendance. 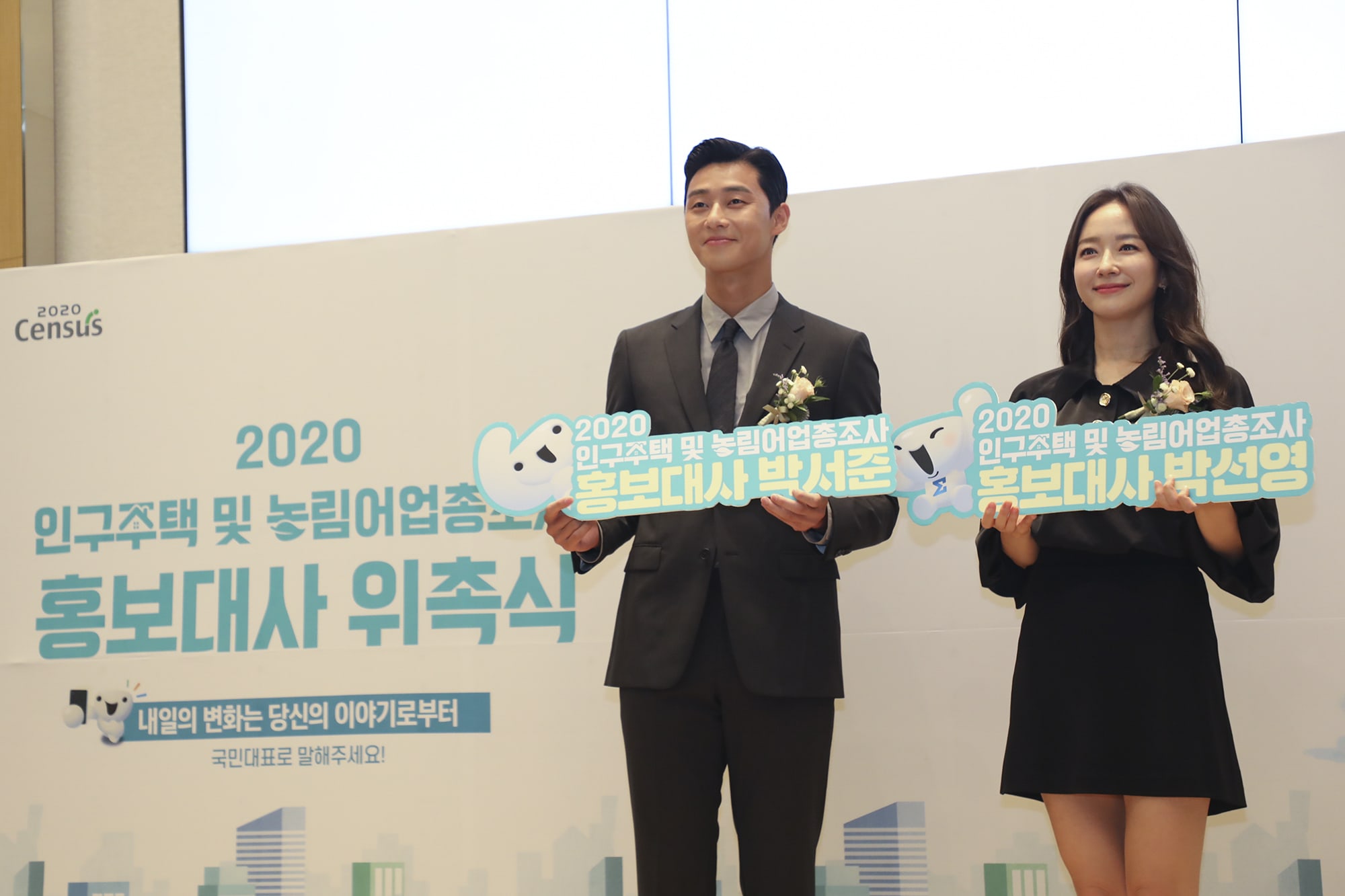 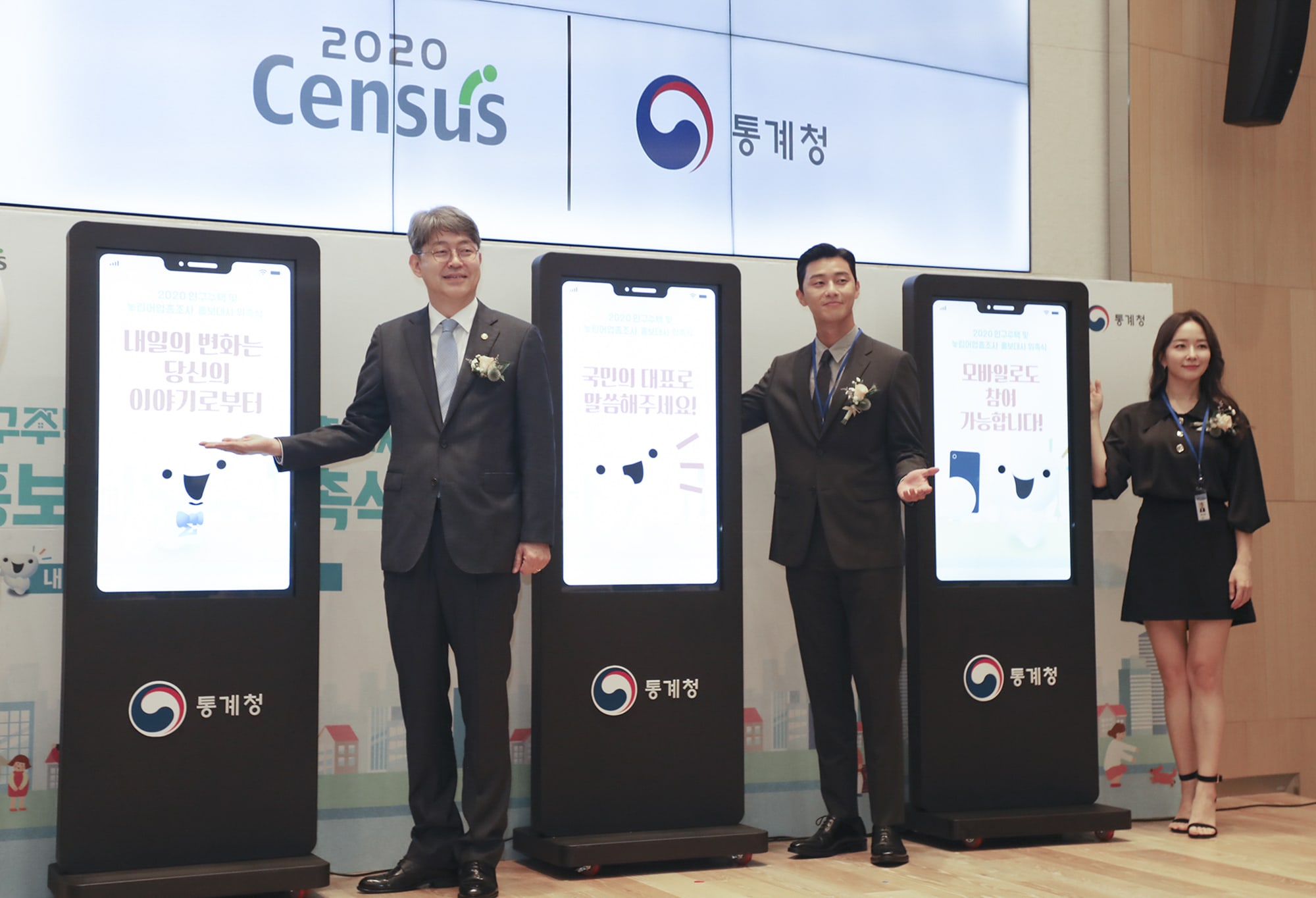 Statistics Korea explained, “Park Seo Joon has excelled as an actor and built up a trustworthy image through dramas, film, and variety shows, and Park Sun Young has fostered an image of trust and stability through her work as an anchorwoman. As trust and accuracy are pillars of our work on the census, we believed they were the right fit to be our honorary ambassadors.”

Park Seo Joon stated, “I am happy to have been appointed the honorary ambassador for the census, which is a large-scale event that takes place once every five years. I will do my best to help reach the goal of 100 percent participation rates.” In the following interview, he went on to say, “I think it’s important to get the word out there about the census. It becomes the foundation of all policymaking in Korea. The information collected through the census will provide accurate data to shape policies regarding welfare, transportation, education, and other areas, so I think it’s important for everyone to take personal responsibility and participate.”

Park Sun Young stated, “I feel a greater sense of responsibility as this is the second time I have been appointed as the honorary ambassador, first in 2016 and now in 2020. I will do my best to promote the census so that many of our citizens can respond and share their stories, and bring about changes in the future.” In the interview, Park Sun Young added, “I believe we need to have a good understanding of our present to prepare good policies. I’m sure some people will feel unfamiliar with the census, so that is where we will step in and help. I will do my best.” 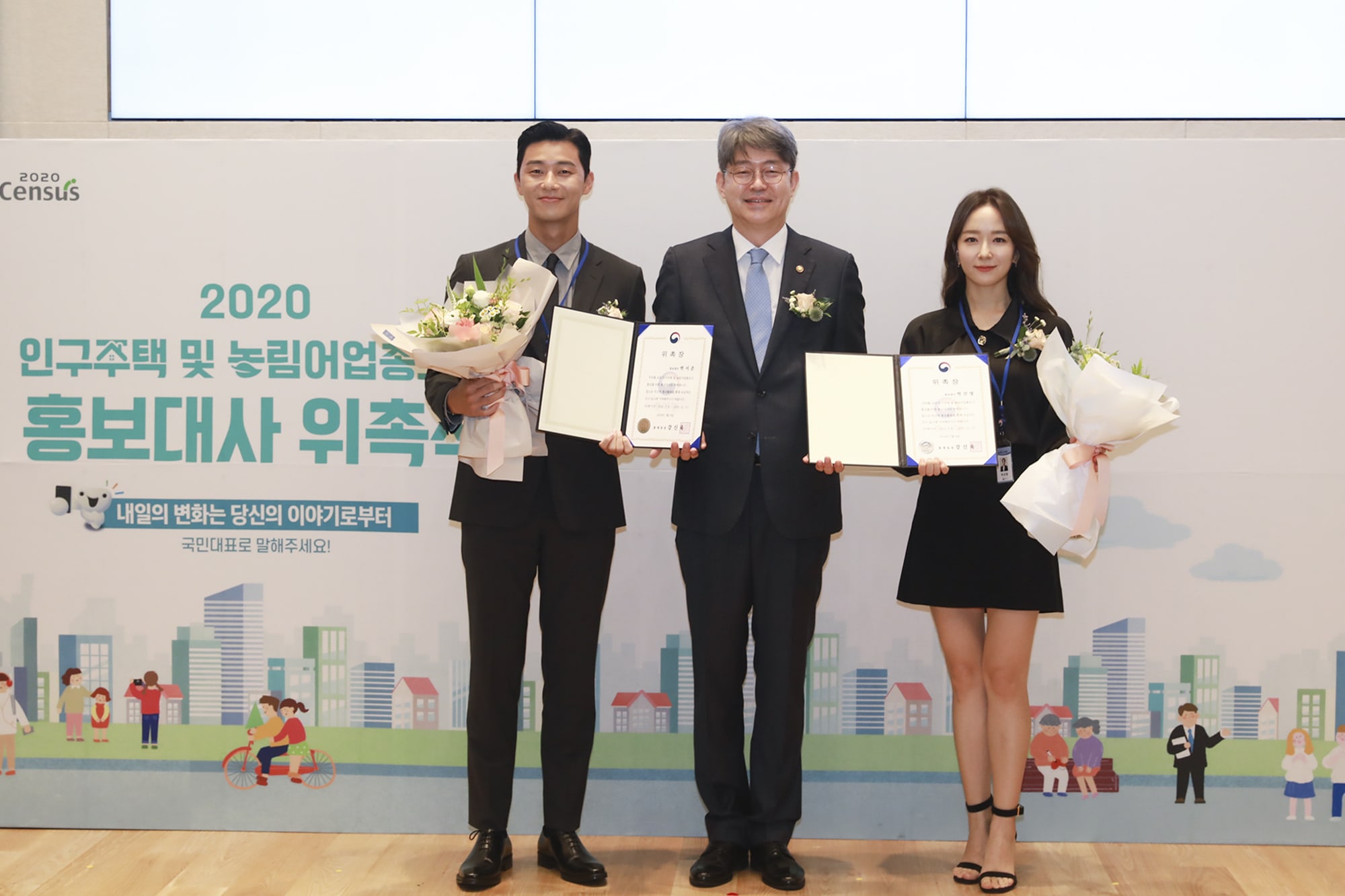 As honorary ambassadors, Park Seo Joon and Park Sun Young will participate in a variety of online and offline activities to encourage citizens to participate in the upcoming census.

Watch Park Seo Joon in the film “Midnight Runners” below: