Actors Jung Woo Sung and Yoo Yeon Seok shared praise and gratitude for each other after working together in the film “Steel Rain 2: Summit” (working title).

The movie is the sequel to 2017’s “Steel Rain,” which was about the aftermath of a coup in North Korea, although the returning cast is playing different roles. “Steel Rain 2: Summit” tells a story of a crisis that unfolds when the three leaders attending a Koreas-United States summit are kidnapped in a North Korean nuclear-powered submarine.

Jung Woo Sung takes the role of the South Korean president while Yoo Yeon Seok plays the leader of North Korea. They are locked in the submarine with the American president, played by Angus Macfadyen.

The South Korean president ends up acting as mediator between the North Korean and American leaders, taking sometimes soft and sometimes hard approaches as he intervenes in the issues erupting between them—everything from the major conflict surrounding the North Korea-United States normalization agreement to the issue of whether or not they can smoke in the cramped space of the captain’s cabin. 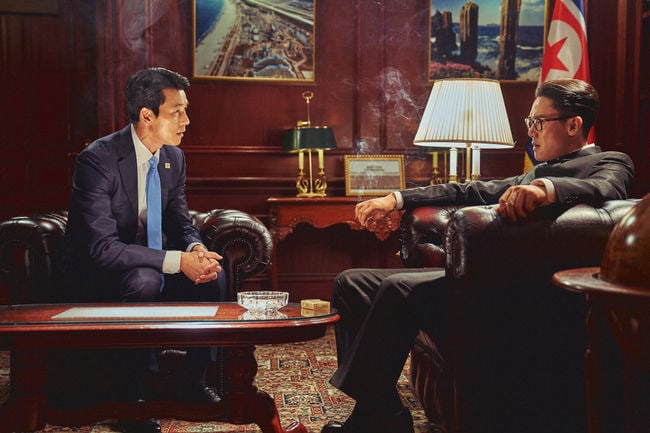 Meanwhile, the North Korean leader is known only as a third-generation dictator of the country, but he actually believes that the path North Korea must take involves denuclearization and opening up to the world. He’s the first North Korean chairman to sit at a negotiation table with the South and America, and he’s convinced bit by bit as the South Korean president persistently tries to persuade him in the name of peace between the two Koreas. 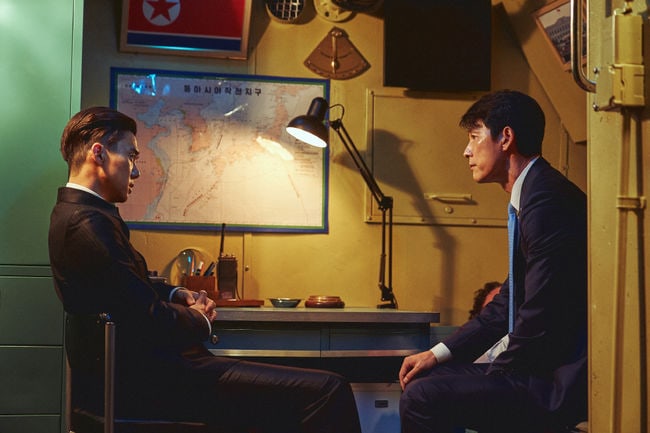 New stills released on July 8 show the tension that could potentially explode between the two as they attempt to put aside their differences and come to an agreement in hope of stopping an impending war. 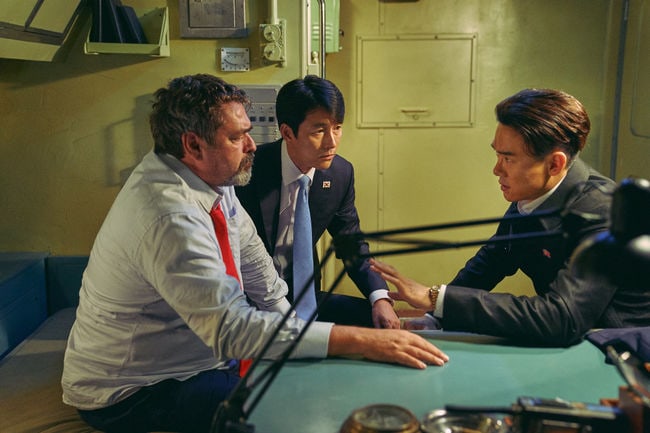 Jung Woo Sung said about working with Yoo Yeon Seok, “He was both sincere and hardworking. I felt like we were a destined match.” He praised Yoo Yeon Seok for going beyond fixed ideas about imitating real life people and instead creating his own unique character.

Yoo Yeon Seok said, “We discussed together while monitoring the footage and he gave me ideas too. He was very considerate and a great help to me while we were filming.”

Watch Jung Woo Sung in the film “The King” below!

And check out Yoo Yeon Seok in the drama “Dr. Romantic“!

Yoo Yeon Seok
Jung Woo Sung
How does this article make you feel?