KBS 2TV’s “Once Again” has unveiled a sneak peek of the evolving dynamic between SF9’s Chani and Lee Cho Hee!

First, Yoon Jae Suk was shocked to find out that the “Ji Won” Song Da Hee was always talking about was actually a man and not a woman, as he had always assumed. Meanwhile, Ji Won appeared taken aback when Yoon Jae Suk introduced himself as Song Da Hee’s boyfriend, and when Yoon Jae Suk said he’d see him again next time, Ji Won seemed a bit unhappy as he responded, “Oh, so you’ll be coming again?”

In newly released stills from the drama’s upcoming episode, Ji Won and Song Da Hee continue to grow closer as college classmates—but it appears as though Ji Won’s feelings for her are becoming more and more obvious. While studying together, the younger man is unable to tear his eyes off Song Da Hee, and he even thoughtfully blocks the sunlight for her with his hand, making her heart skip a beat against her will.

However, unlike the cheerful Ji Won, Song Da Hee looks torn as she faces the fellow student, making viewers curious as to what will unfold between the two classmates—and how it will affect Song Da Hee’s relationship with Yoon Jae Suk. 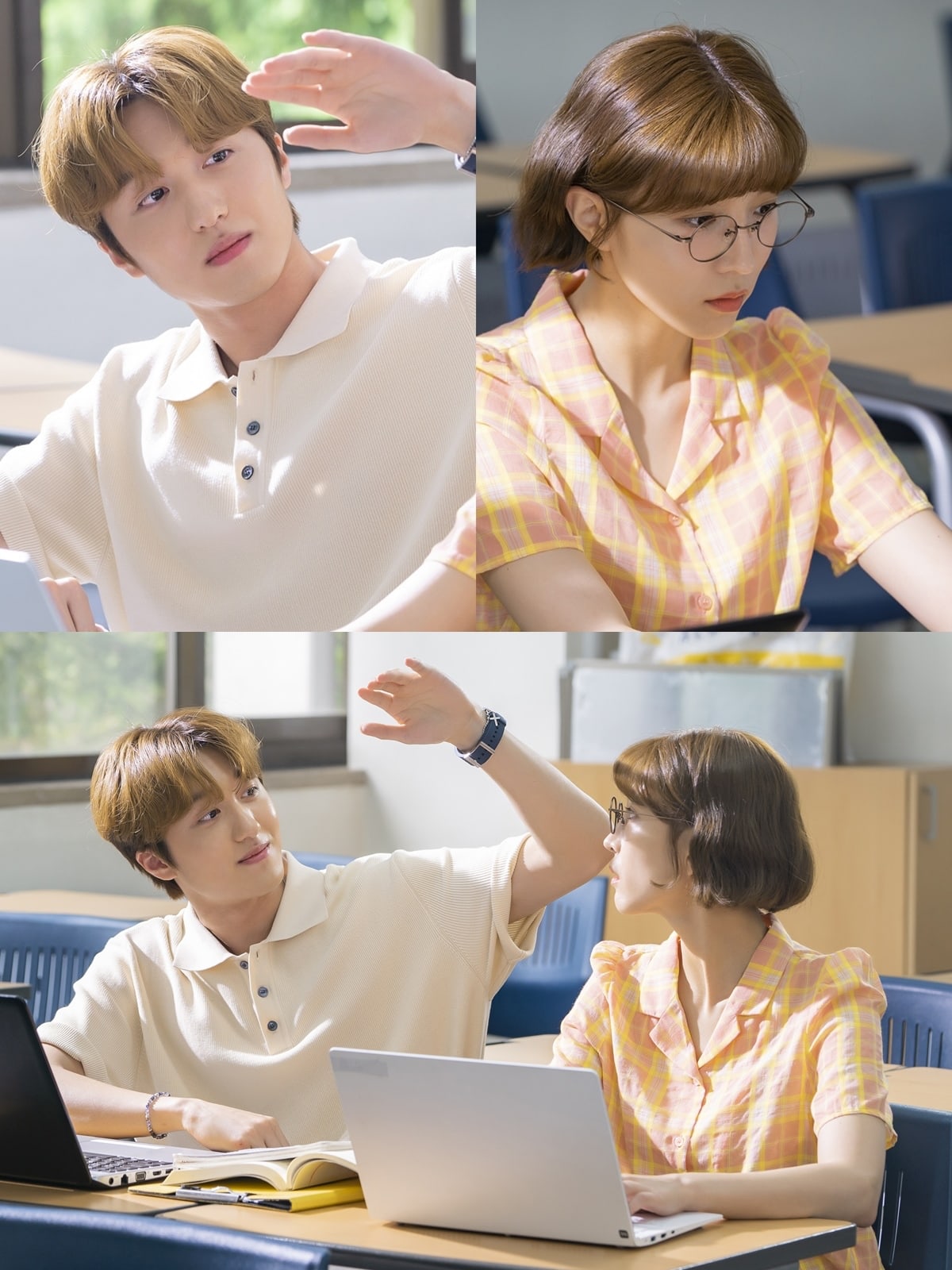 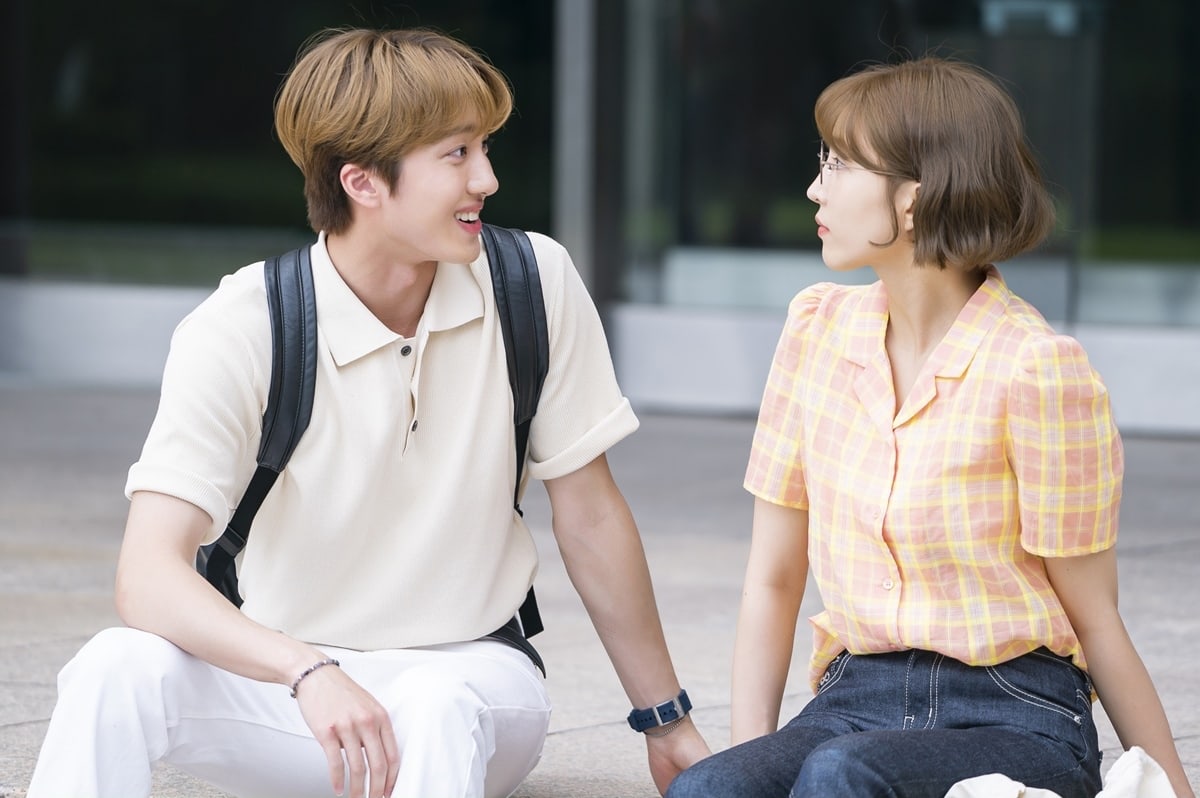 SF9
Once Again
Lee Cho Hee
Chani
How does this article make you feel?