tvN has unveiled the main poster for the upcoming second season of “Forest of Secrets”!

“Forest of Secrets” (also known as “Stranger”) is a drama about an emotionless prosecutor (played by Cho Seung Woo) and a warm-hearted police officer (played by Bae Doona) who join forces to solve hidden mysteries and investigate corruption. The first season, which aired in 2017, followed the duo as they worked together to catch a serial killer and expose corruption within the prosecutor’s office.

On July 9, the upcoming second season of the drama released its main poster, which captures the foreboding, suspenseful vibe of “Forest of Secrets.” Cho Seung Woo and Bae Doona stand at the forefront as their characters Hwang Si Mok and Han Yeo Jin respectively, wearing grave expressions as they face the difficult road ahead.

In contrast to the first season of “Forest of Secrets,” Hwang Si Mok and Han Yeo Jin will be reuniting under different circumstances in the second season: they will meet on opposite sides of a tense situation between the police and the prosecutor’s office, who are now operating under a new law that has changed the way the two bodies work together.

Newcomers Jeon Hye Jin and Chun Moo Sung will also be playing characters on opposite sides of the changed relationship between the police and the prosecutor’s office. Jeon Hye Jin will play Choi Bit, the first female head of intelligence at the National Police Agency, who takes secretive steps to attempt to give the police more freedom in their investigations. On the other hand, Choi Moo Sung will play Woo Tae Ha, the elite of the elite at the prosecutor’s office, who takes measures to protect prosecutors’ power to control police investigations.

Lee Joon Hyuk will return as the ambitious prosecutor Seo Dong Jae, who is determined to climb up the career ladder at all costs, while Yoon Se Ah will reprise her role as Lee Yeon Jae, who has become the new head of Hanjo Group after the death of her husband Lee Chang Joon (who was played by Yoo Jae Myung in Season 1).

The entirety of the newly released poster—including the starring cast—is shrouded in fog, hinting at the concealed truths that Hwang Si Mok and Han Yeo Jin must work to uncover. Meanwhile, the caption somberly declares, “Those who want silence are all accomplices.” 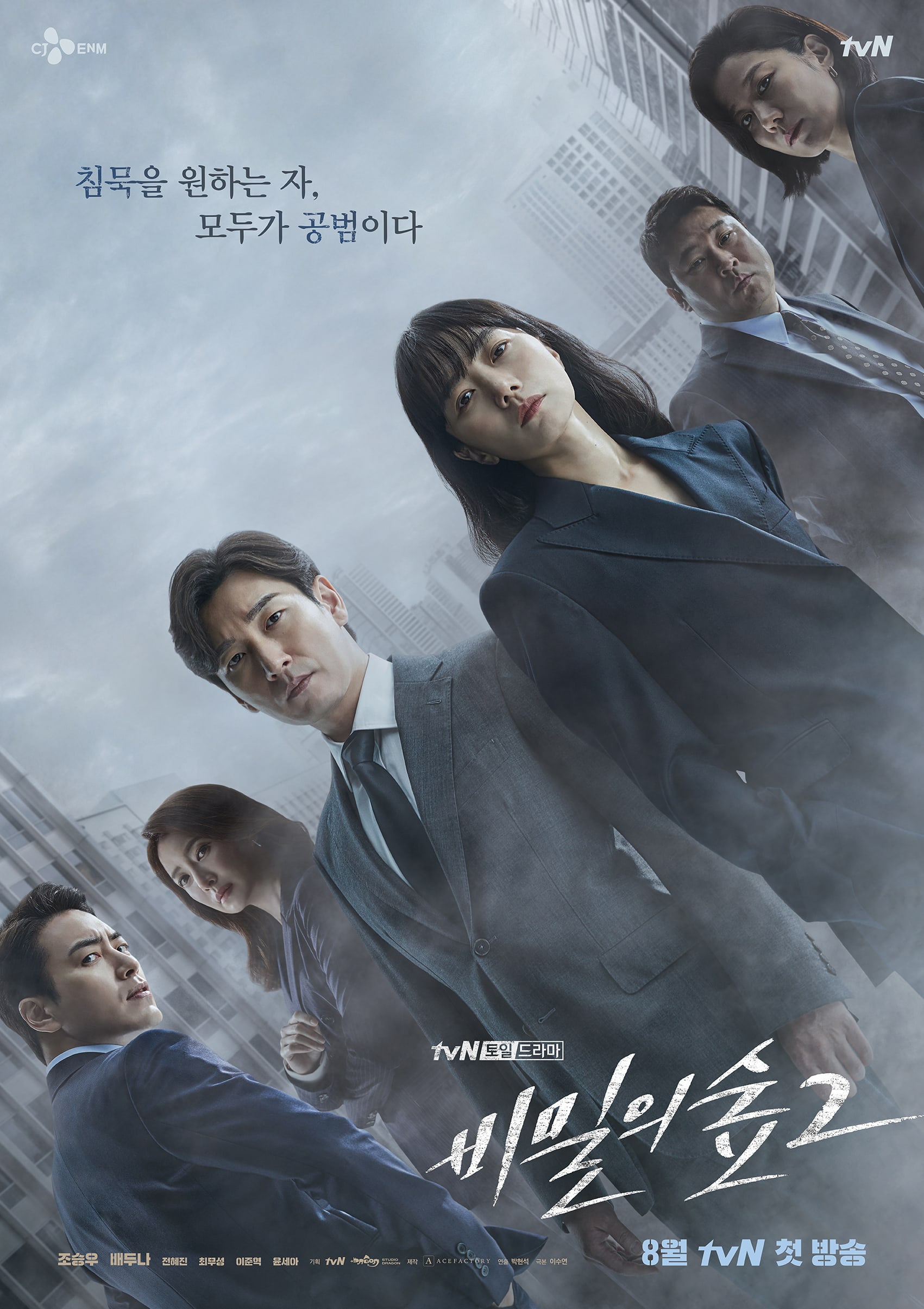 The second season of “Forest of Secrets” is scheduled to premiere in August, following the conclusion of tvN’s “It’s Okay to Not Be Okay.” Check out the first teasers for the drama here!

In the meantime, watch Bae Doona in her drama “Matrimonial Chaos” with English subtitles below!