“SF8” is a new sci-fi project that will tell eight intriguing stories set in the near future. Each 40-minute story will be helmed by a different Directors Guild of Korea (DGK) director, and each of the eight directors’ visions of the future will offer a different take on the main theme of people dreaming of a perfect society through technological advancements. The subjects tackled in the project will include artificial intelligence (AI), augmented reality (AR), virtual reality (VR), robots, gaming, fantasy, horror, superpowers, and disasters.

EXID’s Hani will be starring in director Jang Cheol Soo’s “White Crow,” an unsettling story about a broadcasting jockey (BJ) named Juno who is famous for her delicate and innocent image. When Juno (played by Hani) appears on a live VR game show, she soon finds herself trapped inside a terrifying VR horror game that incorporates players’ real-life traumas.

The newly released stills of Hani capture two different sides of her character, as well as the stark contrast between her world inside and outside the game. In one photo, she smiles brightly on stage; in the other, she stares fearfully at something in the distance, her eyes visibly filled with dread.

Hani commented, “I was extremely drawn to the near-future setting and the premise of being trapped in a virtual reality. In order to prepare for my role as a game BJ, I tried playing horror games in real life.”

She went on, “Because there is a lot of CGI [computer-generated imagery] in this project, I got to experience many new things. I’m grateful for having been given the opportunity to take on a new challenge each and every day.” 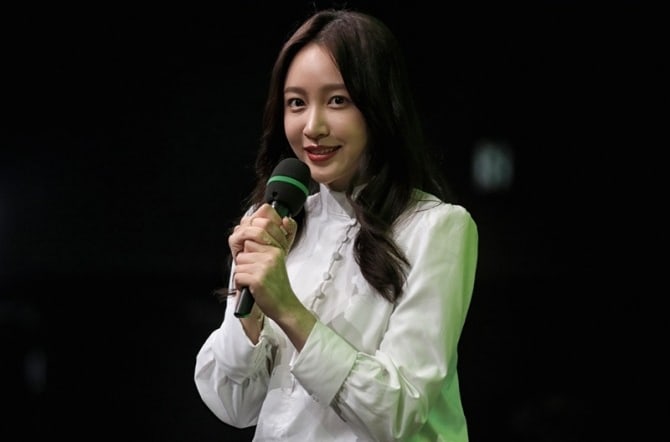 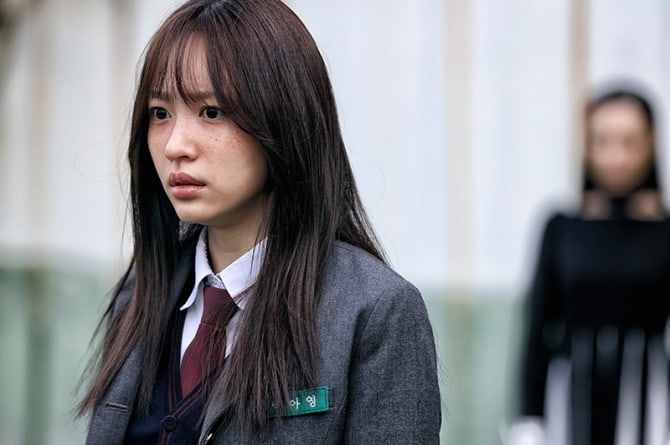 The director’s cut of “SF8” will be pre-released on the OTT platform wavve on July 10, and the “original version” will air on MBC in August.

In the meantime, watch Hani in her latest drama “XX” with English subtitles below!

EXID
Hani
SF8
How does this article make you feel?