OUI Entertainment is officially gearing up for the launch of their new boy group!

On July 10 at midnight KST, the agency released a mysterious teaser image with “OUIBOYS” along with the names Jang Dae Hyeon, Kim Dong Han, Kim Yo Han, and Kang Seok Hwa. The image also included the date July 10. 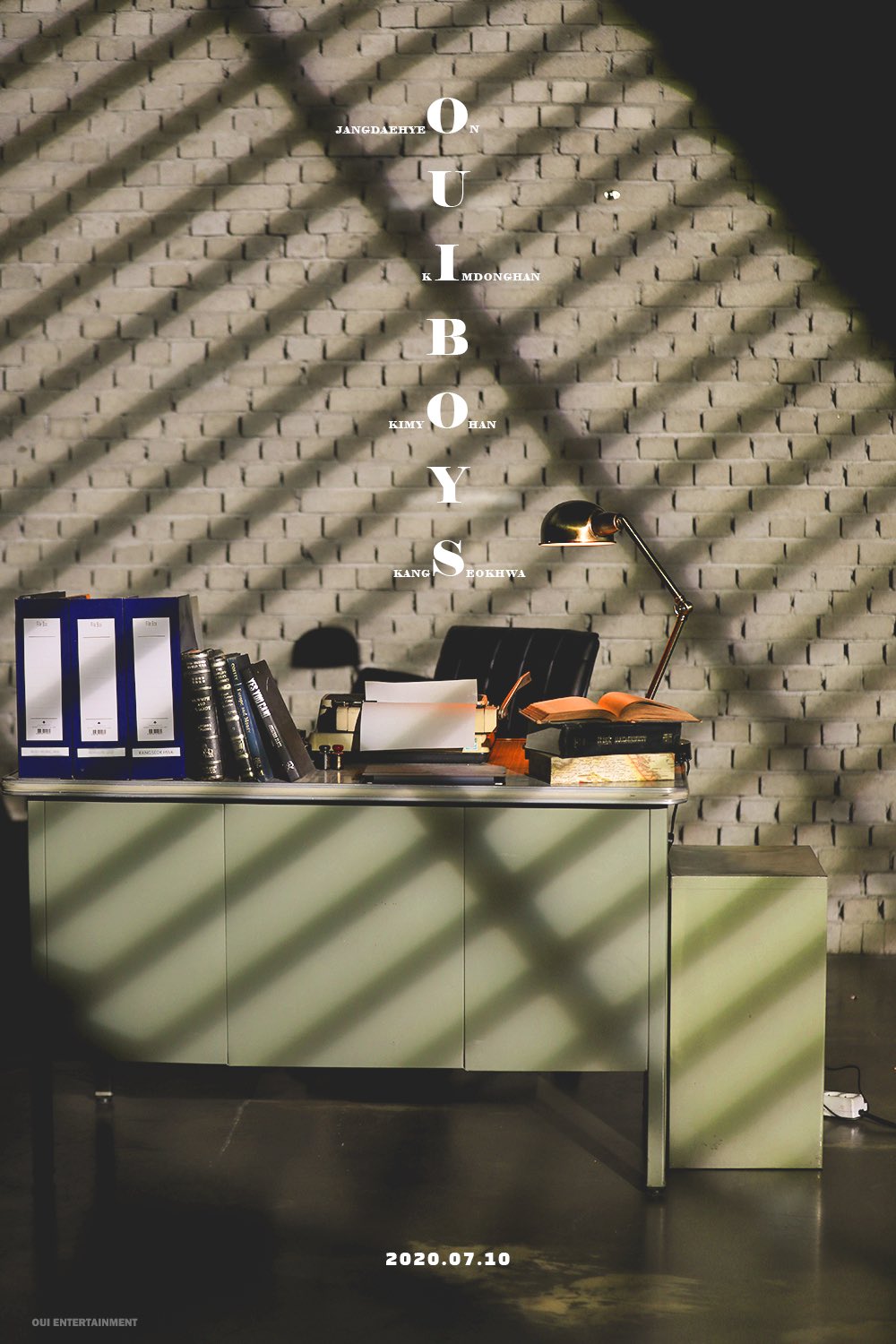 Later that day at 6 p.m. KST, the agency revealed the official name and logo of the upcoming boy group. The group is named WEi (pronounced like the words “we” and “I”).

Members of the group include former RAINZ member Jang Dae Hyeon, former JBJ member Kim Dong Han, former X1 member Kim Yo Han, and trainee Kang Seok Hwa. It has not yet been revealed if there will be additional members.